Kicking off their “Grand America” tour, VAV made their first stop in San Francisco to spend Valentine’s Day with their fans. Dressed in black blazers with sparkling embellishments, the members opened the show with “Poison,” singing about the hardships of a failing relationship. The show’s story took a turn for the worse, as the group sang of dealing with heartbreak after a breakup in “119,” the emergency number in South Korea. Repeatedly crying out “119” during the chorus, the members conveyed the helplessness of not being able to move on.

While the show started on a sorrowful note, the night was only just beginning. After VAV greeted their fans, groovy instrumentals began playing throughout the venue, and the atmosphere completely changed as the rest of the show focused on the thrills and happiness found in love. Inviting fans to dance with them, VAV performed “Venus,” executing smooth, jazzy moves. St. Van suddenly took off his blazer, revealing a black wife beater and muscled arms, which set off screams in the audience. While making eyes at individual fans in the audience, the group performed catchy, upbeat tracks like “Thrilla Killa” and “Gorgeous.” Through the songs, it was like they were showering fans with compliments. What really kicked things up a notch was “Touch You” and its sensual lyrics to an otherwise seemingly innocent and cheerful pop song. During the performance, the members reached out to grab phones for selfies with the crowd. 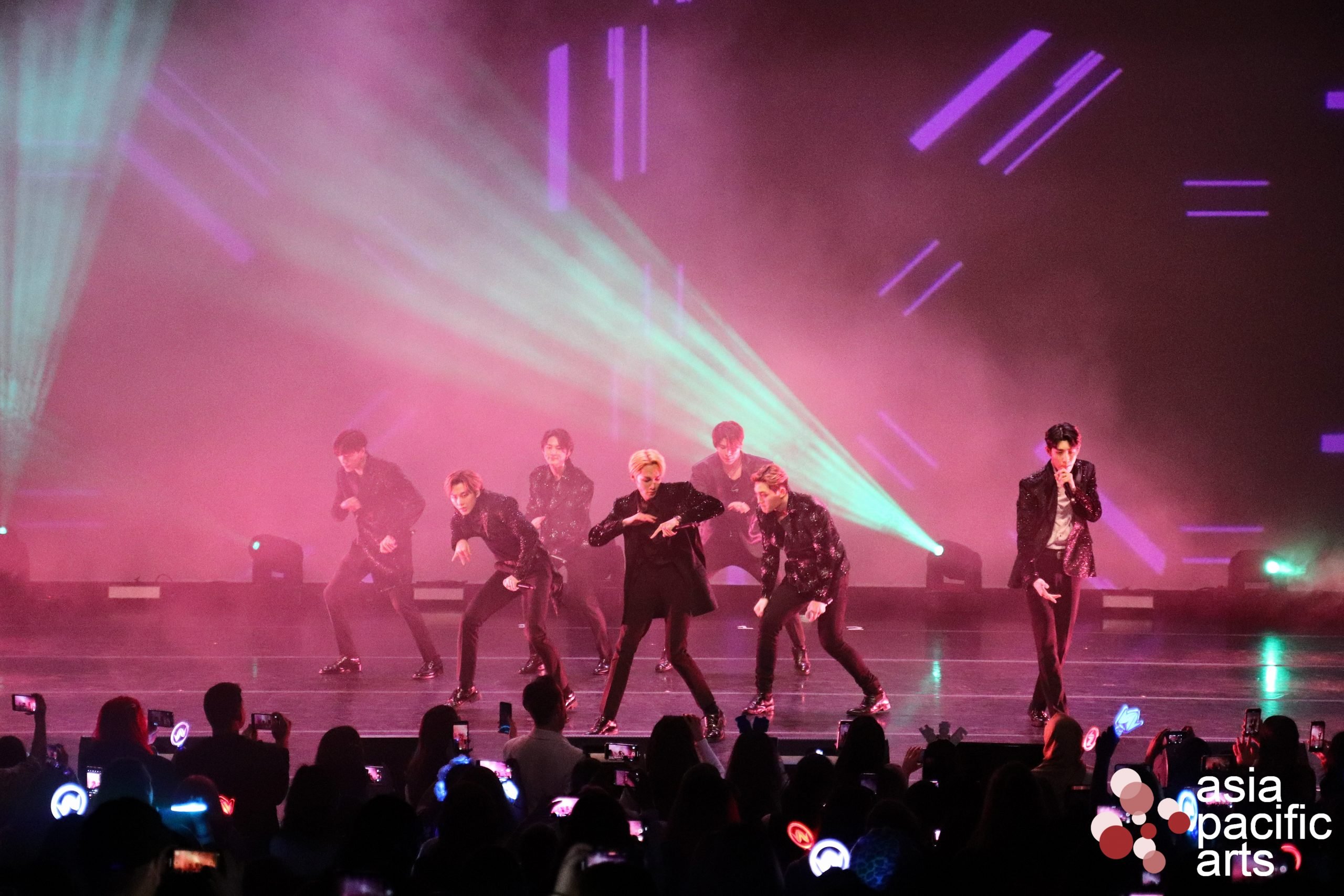 Getting close and personal, the members invited seven lucky fans onstage to fulfill some wishes. One wish had a fan locking eyes with Lou for thirty seconds. To keep her from backing away, other members snuck around and stood behind her. Lou took the opportunity to use his members like a wall and cage her with one arm, while holding her hand and bringing his face closer to hers. She was doing everything she could to maintain her composure. Another wish granted a fan with a unique, one-of-a-kind video with VAV, as each member took turns leaving her a message and delivering heaps of fan service including everything from selfies and camera kisses to back hugs and aegyo. In short, they went the whole nine yards for these wishes, showcasing their immense charm and love for their fans. One fan was so overwhelmed from hugging her favorite member that she slipped on stage. But to save her from embarrassment, VAV good-naturedly all joined her by laying down as well. This sweet moment has been circulating on Twitter, generating new interest in the group.

HOLD ON. IM ABOUT TO STAN. SOMEONE PLEASE HELP ME LEARN NAMES AND PERSONALITIES pic.twitter.com/pex5LVpc4H

Jumping back into the music, VAV turned up the Latin vibes through performances of “Senorita” and “Give Me More.” Filling the theater with the rhythmic, dance-inducing melody, the group had the crowd on their feet. Showing off a more chic and cool image, they sang “Runway” and “Spotlight,” which exuded fashion show and musical theater vibes respectively. Fully embracing the fashion show concept, the group even incorporated solo walking and posing during “Runway,” which made it all the more memorable. Spending most of the night singing about how attractive their lover is, VAV expressed a little jealousy and went in to stake their claim with “She’s Mine.”

To top it all off, VAV melted fans’ hearts with a sweet acoustic ballad “Sweet Heart,” in which they serenaded of a love that lasts forever and more. Perfect for Valentine’s Day, VAV put on a concert that told a love story through their music and ultimately showed just how much they care for their fans. 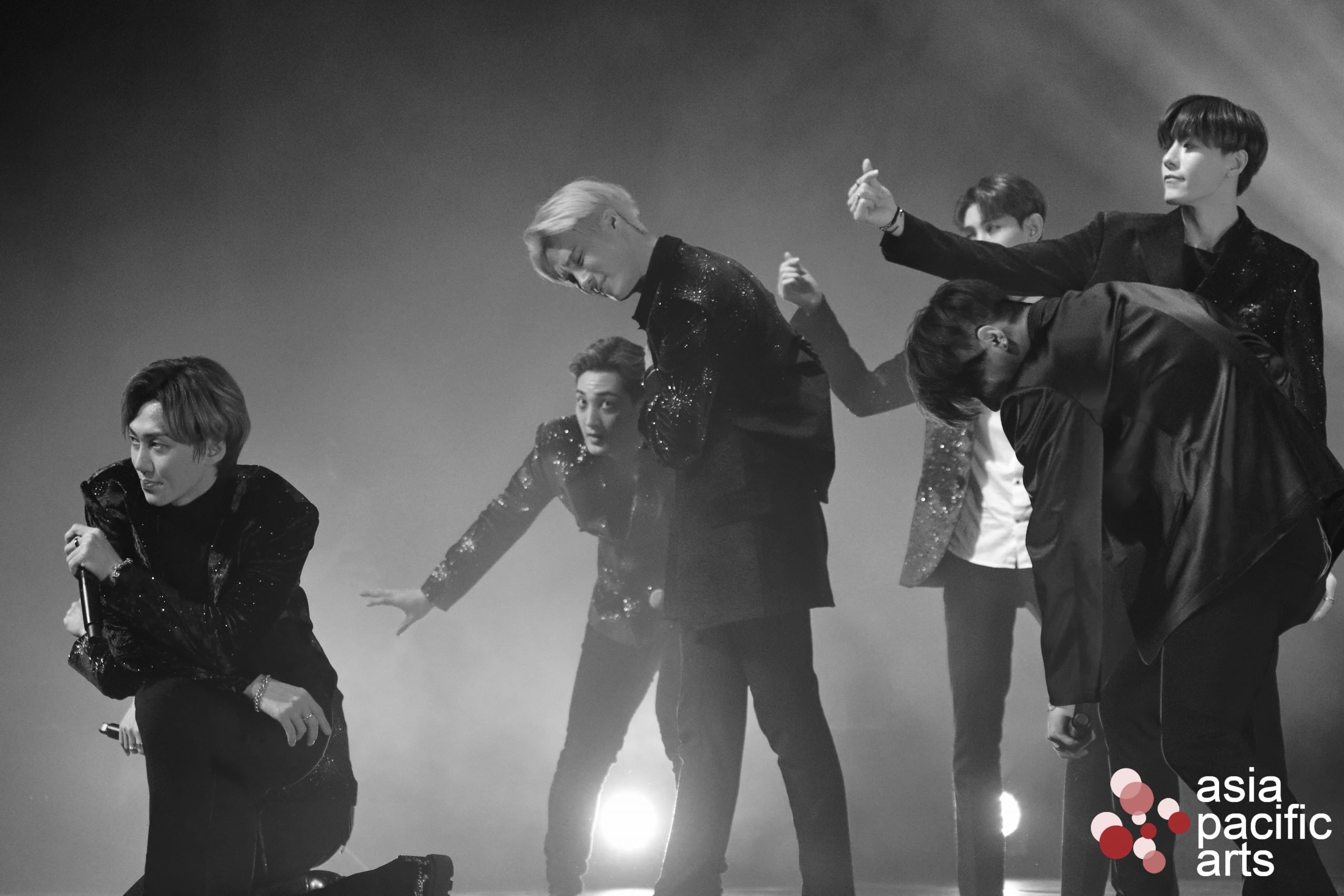