With their first full English album “All About Luv” dropping on Valentine’s Day, Monsta X will also be kicking off a full schedule of U.S. promotions, spending the romantic holiday with their fans, known as Monbebe (which sweetly translates to “my baby”). Starting in San Francisco, the group will later make stops in Los Angeles and New York throughout the week. As member Joohoney announced in mid-January that he is taking a break from activities due to his diagnosed anxiety disorder, it has not yet been made clear whether he will be joining U.S. promotions or the tour.

Traveling from Seoul to San Francisco, Monsta X’s first stop will be on February 11th, which will take them to 99.7 NOW Radio’s Monsta Party. They will also be making an appearance at the AT&T One Powell Flagship Store in San Francisco for an event with WILD 94.9 Radio, although no date has been provided for this event at the time of publication. Moving down South, the next stop will be Los Angeles, where the five members will spend the Valentine’s Day weekend with their Los Angeles Monbebes. Their first schedule will be on February 13th, where they will be performing a secret show at Helpful Honda’s Sound Space. After that, their real “Los Angeles Takeover” begins with up-close and personal experiences suited for the romantic holiday.

The 14th holds a full schedule for Monsta X, with a pop-up experience of meet and greets and signings at Tower Records, playback, performance, and Q&A session at The Roxy Theater. After spending the full day with Monbebes, the group will also be spending the afternoon with fans on the 15th with a meet and greet photo opportunity at Barnes & Nobles at The Grove, of which tickets sold out within 15 minutes. (It has been explicitly confirmed Joohoney will not participate at this particular event.) This marks the end of their Los Angeles takeover, but their New York activities commence immediately afterwards. 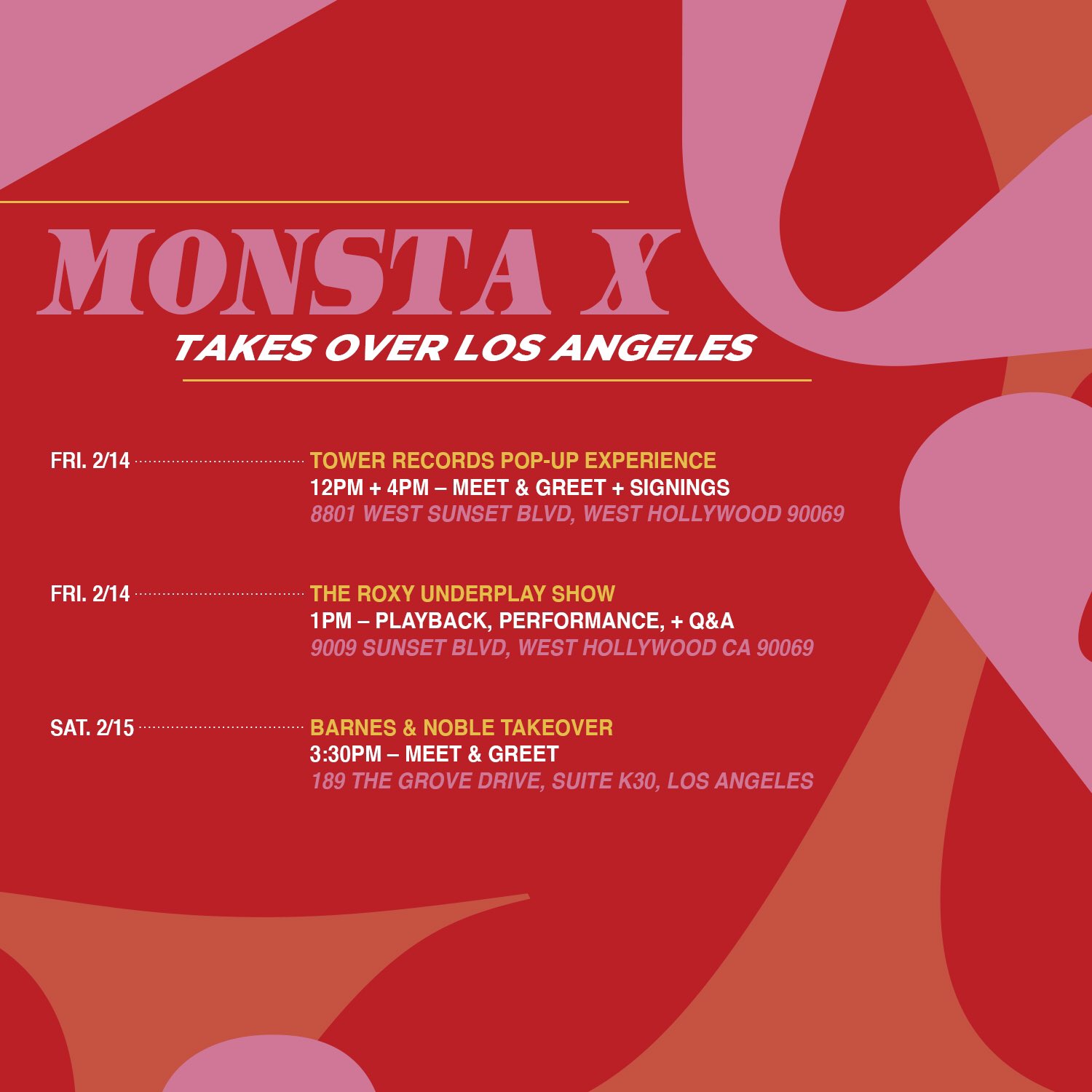 While the group is spending Valentine’s Day holiday with Monbebe in Los Angeles, New York festivities will simultaneously take place from the 14th through the 28th with a “Sony Square Activation.” On the 19th, Monsta X will make their first New York appearance for this promotional period with an appearance at The Paramount, performing fives songs live for an album release party. Keeping busy, their next schedule will be on the 20th at the Live Nation store for the AAL Pop-Up Experience. Later that same day, the group will be hosting a fan event performance, meet and greet, and Q&A session at the Chelsea Music Hall. 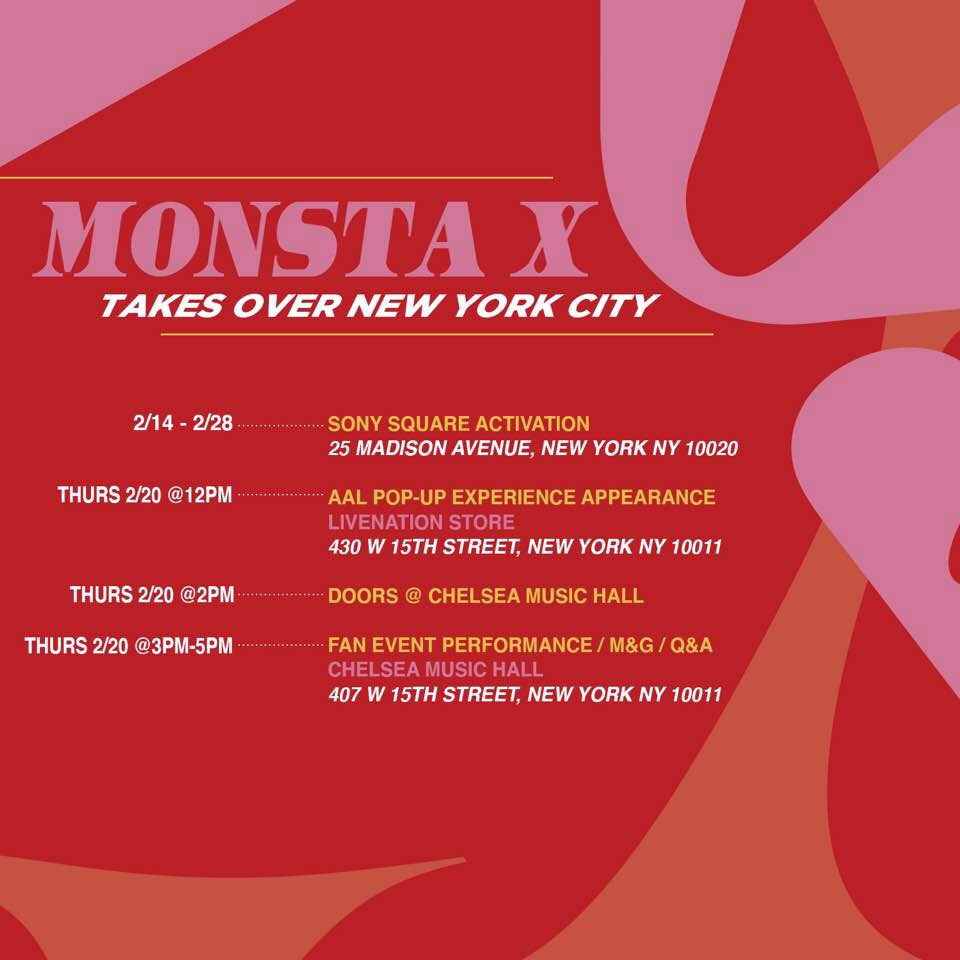 Although U.S. promotions are becoming more common for K-pop groups, this level of stateside activity with fans is unprecedented. Showing love to U.S. Monbebes with back-to-back Valentine’s Day activities across the country, it’s clear Monsta X is ready to take the U.S. by storm with “All About Luv.”