Amidst the hustle and bustle of L.A. Live, the NieR orchestra concert provided a fitting solemn mood between the Kobe Bryant memorial and L.A. Kings game within the immediate vicinity. Conducted by Arnie Roth and performed by the World Festival Symphony Orchestra and Chorus, the NieR orchestral production gave the crowd of hardcore fans a night to remember.

Nearly two years after the sold-out Tokyo shows in 2018, audiences around the world now have the chance to immerse themselves in the sensation of a live musical production for their favorite video game. NieR:Orchestra Concert re: 12018 began its US tour in full swing at the Chicago Rosemont Theater, where cosplayer Yashafluff managed to get series creator Yoko Taro on his knees and sign her thigh.  Unfortunately, there were no such reported events at the Microsoft Theater, but the performance was just as grand. 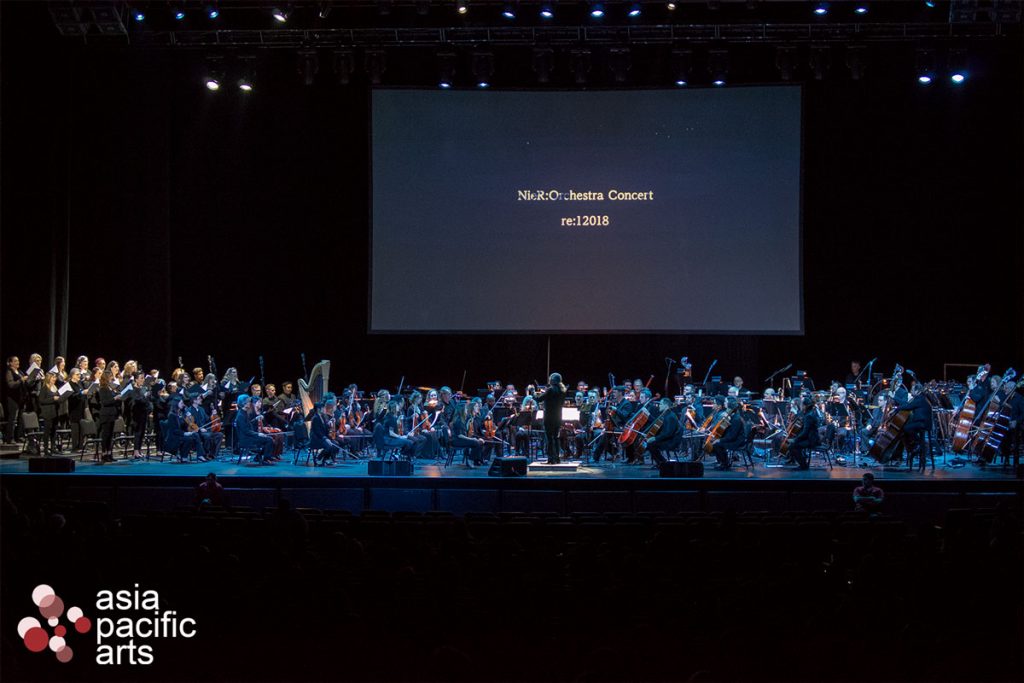 Before the performance began, series composer Keiichi Okabe welcomed the crowd with a brief introduction:

This year marks the 10th anniversary of the NieR franchise. After 10 years, we finally have the opportunity to perform the songs overseas. It’s a dream come true to see you all in Los Angeles. Among you here today, I believe there are people who began this series with NieR:Automata, but please don’t worry. This time around we have some special digital imagery that was made just for this tour. What’s better is that Mr. Yoko is the one who created them. I hope you all enjoy the visual experience as well as the wonderful performance we’ve prepared for you tonight. Now the longer I continue to speak, the less time we’ll have to experience this wonderful performance. I’m going to head to my seat now and enjoy the night among you.

Indeed, the specially created video projections above the orchestra was a sight to behold as it crossed the three-dimensional boundary into a 2D world of magic. As a veteran to several video game concert performances, including the renowned Distant Worlds: music from FINAL FANTASY series, Roth demonstrated his mastery of musical direction with the mythical “Snow in Summer” and set an elevated tone for the songs to come. 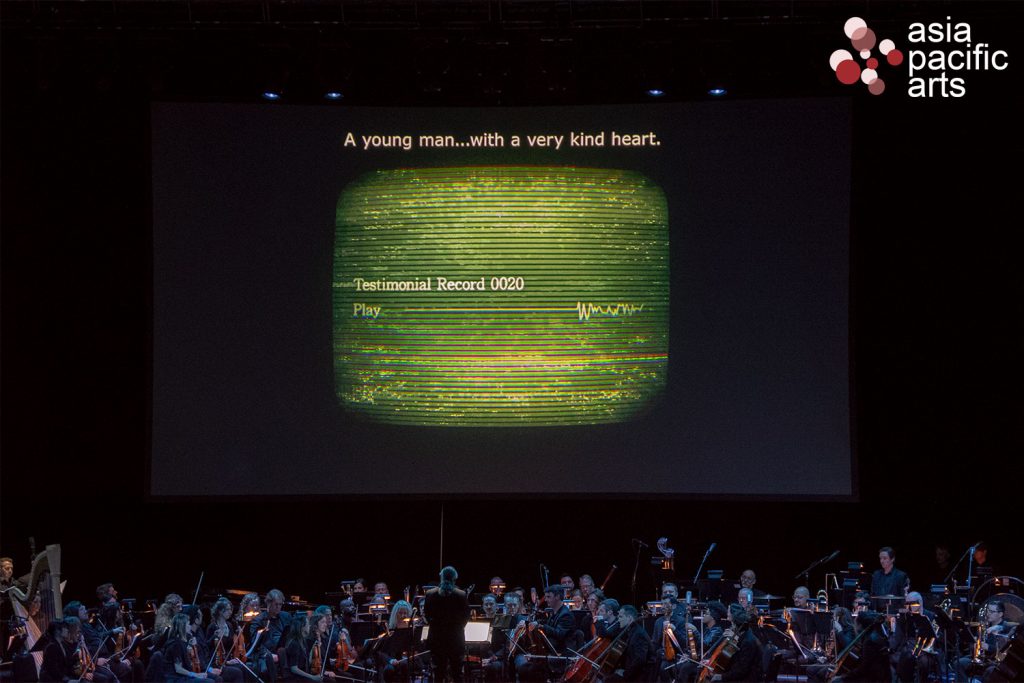 Along with the gameplay clips, various monologues from different characters linked the arrangements together throughout the show. The character oration provided insight into the characters’ state of mind as the concert progressed through the first NieR game into Automata. J’Nique Nicole couldn’t attend NieR’s tour, and as a result, Emi Evans sang both “Kaine” during the first half and “Weight of the World” at the end of the NieR:Automata set.

Before the night was over, Emi Evans, Yoko Taro, Keiichi Okabe, and Yosuke Saito came on stage to thank the audience for their attendance and hoped to return soon. Speaking through his Emil mask, Yoko Taro had the following to tell the audience:

My name is Yoko Taro and I’m 49 years old. NieR as a project, when you look at all the Square Enix titles like Kingdom Hearts and Final Fantasy, it might be a smaller one in comparison. We never expected to have these concerts overseas. I truly think it’s thanks to everyone’s effort and support that we’re able to stand here in front of you today. Thank you so much.

Although there were no announcements for NieR or Drakengard, there may be a chance Square Enix wanted to hold off on any big surprises until the final performance in Bangkok. Nevertheless, the ethereality of the NieR soundtrack can’t simply be replicated and must be heard and felt live to experience it at its best.