Bong Joon-ho’s Parasite has been thrilling viewers and making history since its premiere at the 2019 Cannes Film Festival. Off to a running start, Parasite took home the title of first Korean film to win the Palme d’Or. Not to mention that no other film stood in its way at the festival, as it won with a unanimous vote. Most recently, the film also won Best Foreign Language Film at the 77th Golden Globe Awards and the Screen Actors Guild Award for Outstanding Performance by a Cast in a Motion Picture. Meanwhile, Parasite is nominated for numerous other awards, drawing attention from all over the world.

So what’s this movie about? To put it very simply, Parasite follows a poor family who devises a scheme to insert themselves into the lives of a wealthy family by assuming false identities and posing as qualified employees. Full of twists and turns, the gripping film is more than just a poor vs. rich story, exploring class, society and human nature in such a unique, provocative way that has Parasite stuck in your head long after the ending credits have rolled. APA shares three things (of many) to love about Parasite that may toe the line of spoiler territory, so beware! 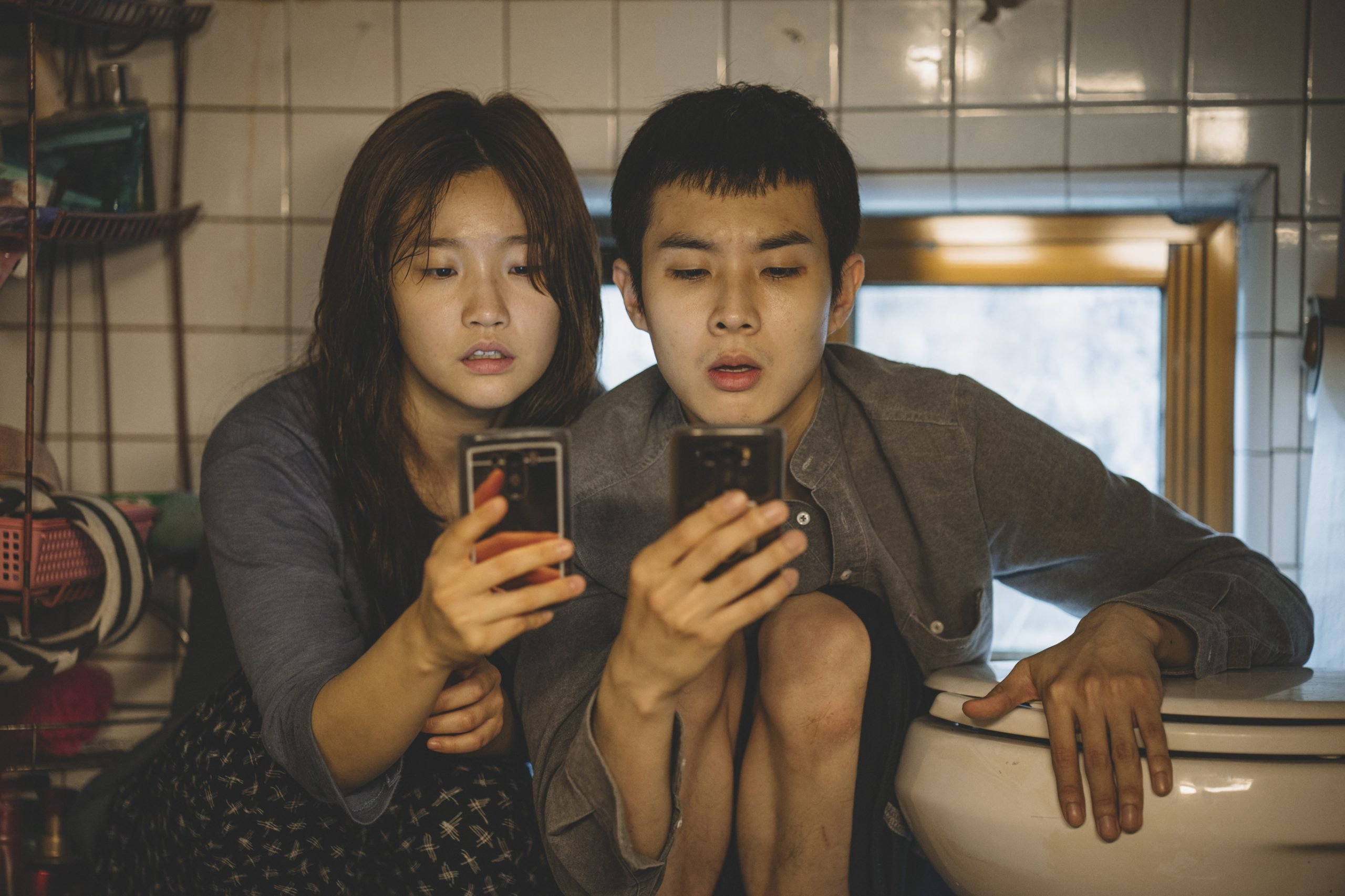 Everything from A to Z

It’s hard to define exactly what type of movie Parasite is, which is one of the reasons to love it; it’s a hodgepodge of various genres, encompassing drama, thriller, mystery and dark comedy. Seamlessly moving between each genre, the film crackles with unpredictability that can have you bursting out in laughter at one moment and sitting nervously at the edge of your seat the next. It isn’t an overstatement to say Parasite is truly a two-hour emotional rollercoaster. 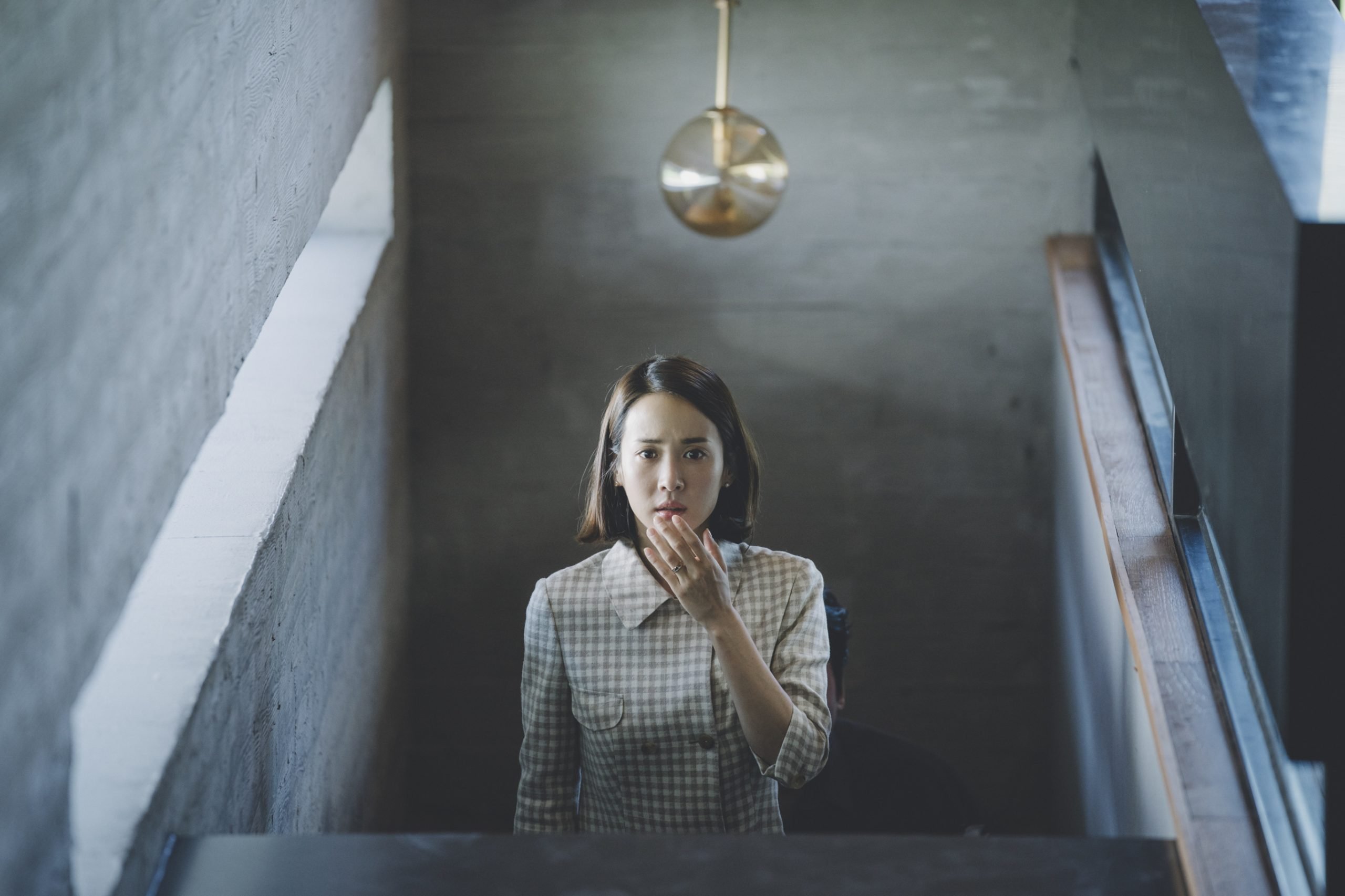 When something goes up, it must come down.

Speaking of rollercoasters, there are a lot of ups and downs in this film. Not just emotionally, but also physically in the setting, with stairs representing the figurative distance between classes. The poor family lives in a cramped semi-basement apartment, while the rich family lives in a spacious, bright multi-story house on a hill. Watching the poor family trek home after a long day’s work at the rich family’s home feeds viewers a striking visual depiction of the class division that invokes a sinking feeling at the trouble to come as they walk down flight after flight of stairs. 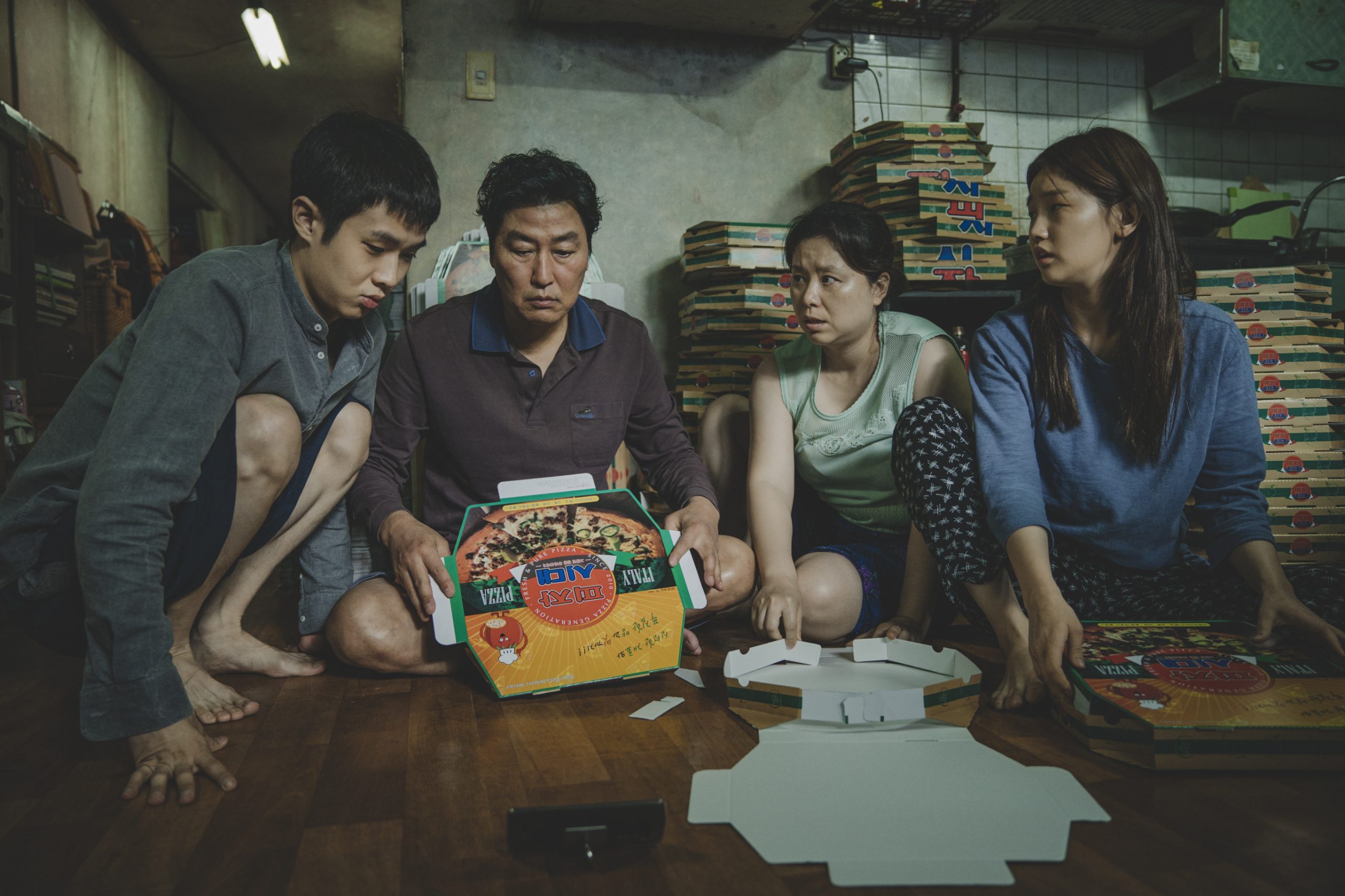 Do you smell something?

Coupled with an emphatic soundtrack, Parasite captivates viewers with dynamic cinematography that distinctly shifts the mood and tone through lighting and composition when focusing on the different families. While films typically focus on sight and sound, the movie hones in on an additional sense: smell. Some call it a scent, others consider it a stench. Whatever it is, the film’s exploration of the silent but salient sense adds another intriguing layer to the complexity of class.

As a bonus, APA can’t leave out the iconic scene that’s been floating around the internet: the Jessica jingle. As the poor family’s plan is set into motion, Jessica is the second of the family members to be introduced to the rich household through her brother’s referral. To get their story straight, Jessica sings, “Jessica, Only child, From Illinois, Chicago, Classmate Kim Jin-mo, He’s your classmate,” before ringing the doorbell. 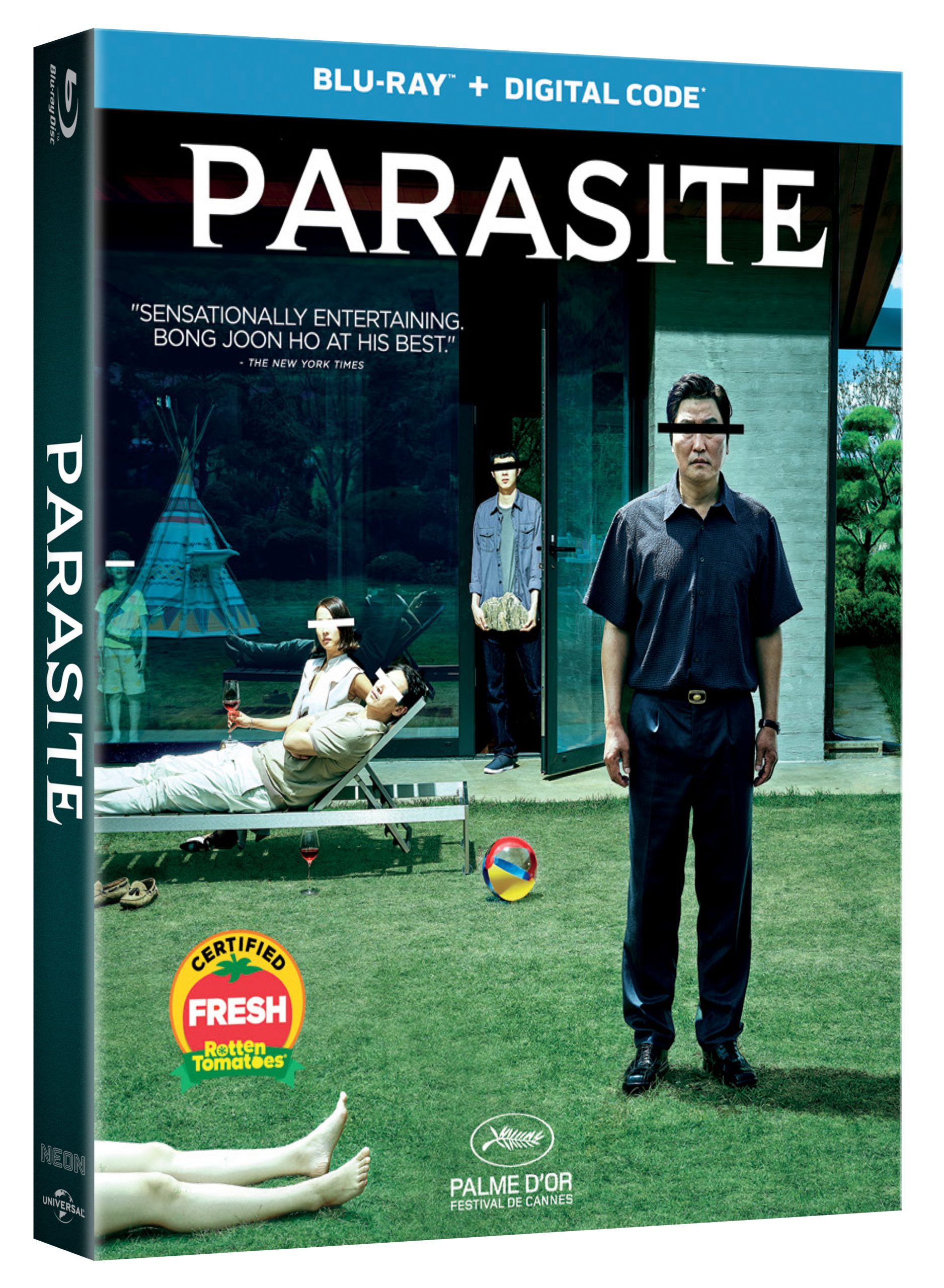 To celebrate Parasite coming to Blu-ray and DVD on this very day, we’re giving away a copy to one lucky reader! To enter this giveaway, follow these two steps:

Only U.S. participants are eligible for this giveaway. The giveaway closes at 12:00 PM PT on February 2, 2020, and the winner will be contacted shortly after. Good luck!