Skip to Content
Home Film Weathering with You: The Kids Will Be Alright

The team behind the world-renowned movie, Your Name, returned to Los Angeles to appear at the North American premiere of Weathering with You at the 2019 Animation is Film Festival. Established in 2017, the film festival focuses on and celebrates the art of international animated movies. GKIDS, the American distributor famous for showing Studio Ghibli titles, produces the festival as a space to feed the growing interest in watching animated titles on the big screen.

Although the festival debuted Weathering with You on October 18, the tickets were long sold out for both screenings that night. Director Makoto Shinkai and producer Genki Kawamura led the red carpet with their highly anticipated new movie, and Marie Kondo surprised patrons with her attendance in the audience. Kondo mentioned she was excited for Shinkai’s newest film and couldn’t wait to watch it the premiere in Los Angeles.

Below is APA’s exclusive interview with the three guests, followed by a review of the movie. 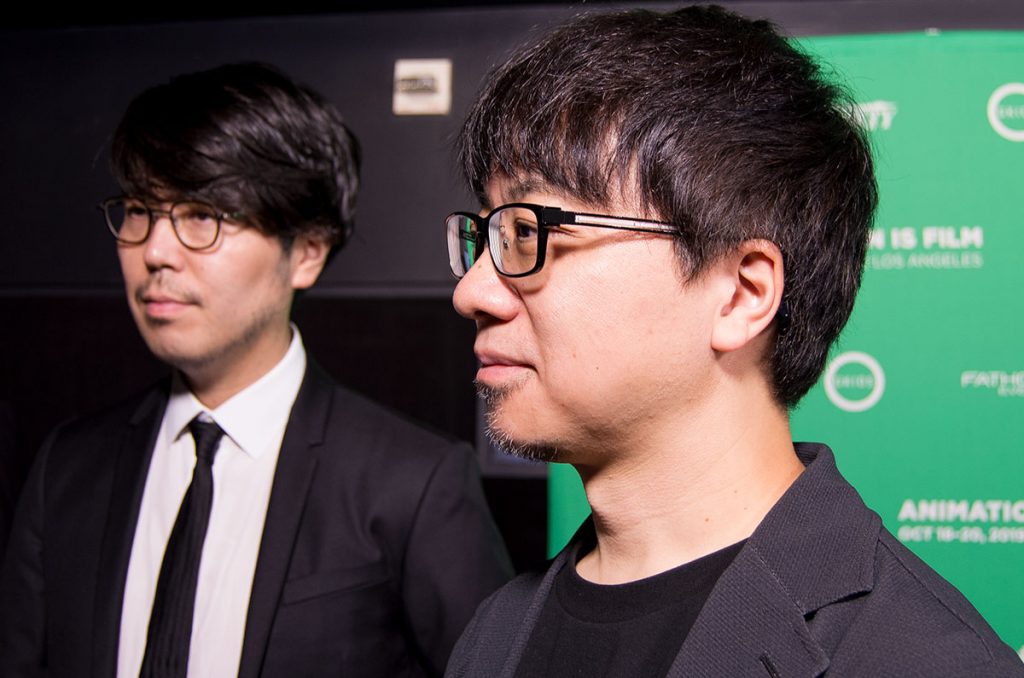 APA: Following the success of Your Name, how did you come up with the theme of weather for Weathering with You?

Makoto Shinkai: Because a lot of people watched Your Name, I wanted to make another movie that resonated with a lot of people. I thought the weather would be something that everyone thinks about. As a society, we’re all involved with it, and we change it individually without realizing it. However, we think it has nothing to do with us because it’s invisible. How we as individuals look at weather is the topic of this movie.

Genki Kawamura: After working with them on Your Name, we collaborated with Radwimps again to work on the composition of the film. We wanted that same mix of music in the film as it plays a big part. Earlier on, we sent some scenes to Radwimps and they wrote lyrics for the movie. The lyrics would eventually change the scenes and dialogue in the movie since we wanted to emulate the feeling from it.

APA: What do you want audiences to feel when they watch this movie?

Makoto Shinkai: In this movie, Tokyo is underwater. Interestingly, in Japan there was a generational gap in people’s interpretation of what the meaning of the ending was. I really want to see if people in America agree or disagree with the theme of the film. I’m looking forward to their reactions.

Genki Kawamura: Many people in Japan enjoyed this movie, so I’m wondering if the Los Angeles audience will interpret and feel the same as the audiences in Japan about the theme. I’m wondering if they’ll expand on the discussion as well. Although their opinions are what I’m excited for, I’m also a little scared. 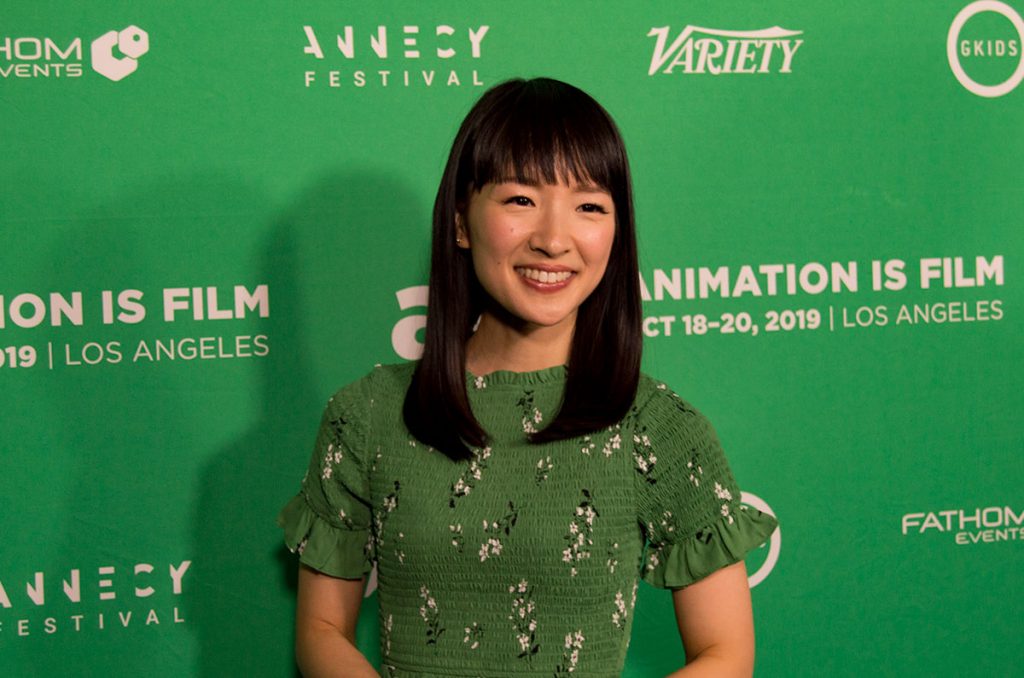 APA: What do you think about the growing interest in anime in America?

Marie Kondo: Although I don’t watch a lot of anime, I’m really glad that others do and enjoy the work that goes into this high quality of animation. Weathering with You is a movie that everyone should watch regardless.

Weathering with You Review 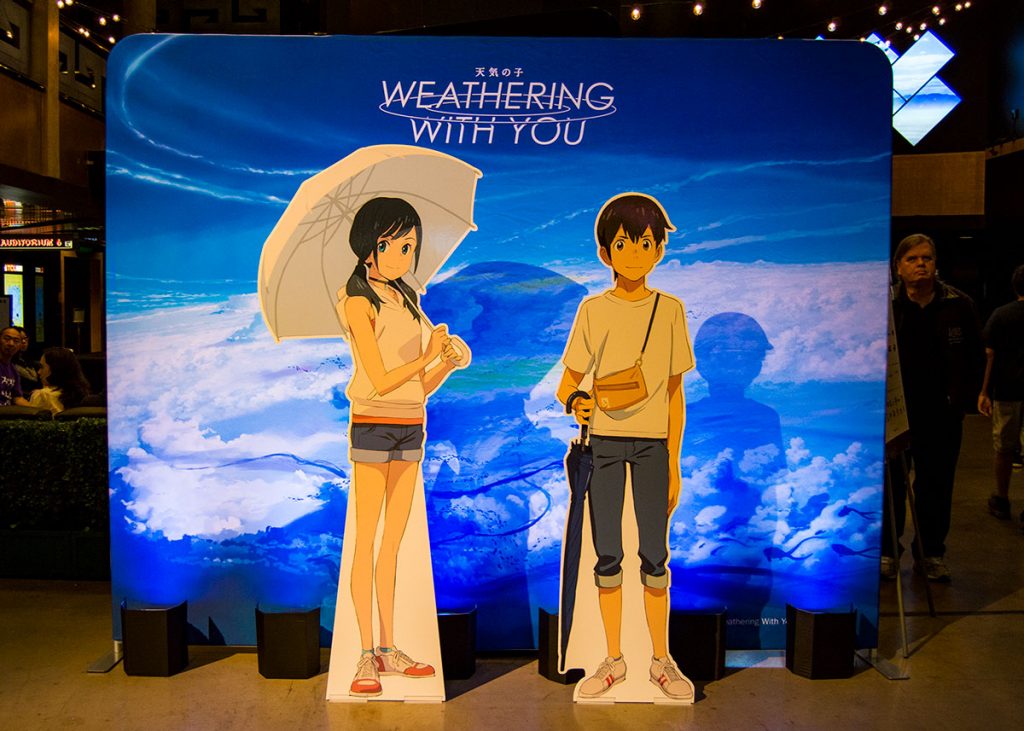 His optimistic movies tend to be more globally popular, which is how personal favorites like 5 Centimeters per Second and Children Who Chase Lost Voices are forgotten when the audience doesn’t agree with the ending. Even though Weathering with You ends with the couple happily together, the world of Tokyo—and more broadly Japan as a whole—is underwater. What starts off in a colorful, sunny, and gorgeous beginning ends on a grey muted note. Not to mention the light touch of dark themes and the reality of life in Tokyo; for example isolation, child prostitution, guns, runaways, and orphans. No worries if you don’t find topics tasteful in a General Audience movie since none are fully explored.

Hodaka and Hina are thrust into each other’s lives as both crash headfirst into trouble in the same place through a turn of fate. The two teens try to survive in the mean streets of Tokyo by exploiting Hina’s ability to control the weather. Through twists and turns, the main characters manage to stay afloat for the first act of the movie, but the tides turn once Hina must answer to her call as the human sacrifice. Non-magical problems come in succession, such as her true status as a minor, and reality comes crashing down on the happy group of main characters. 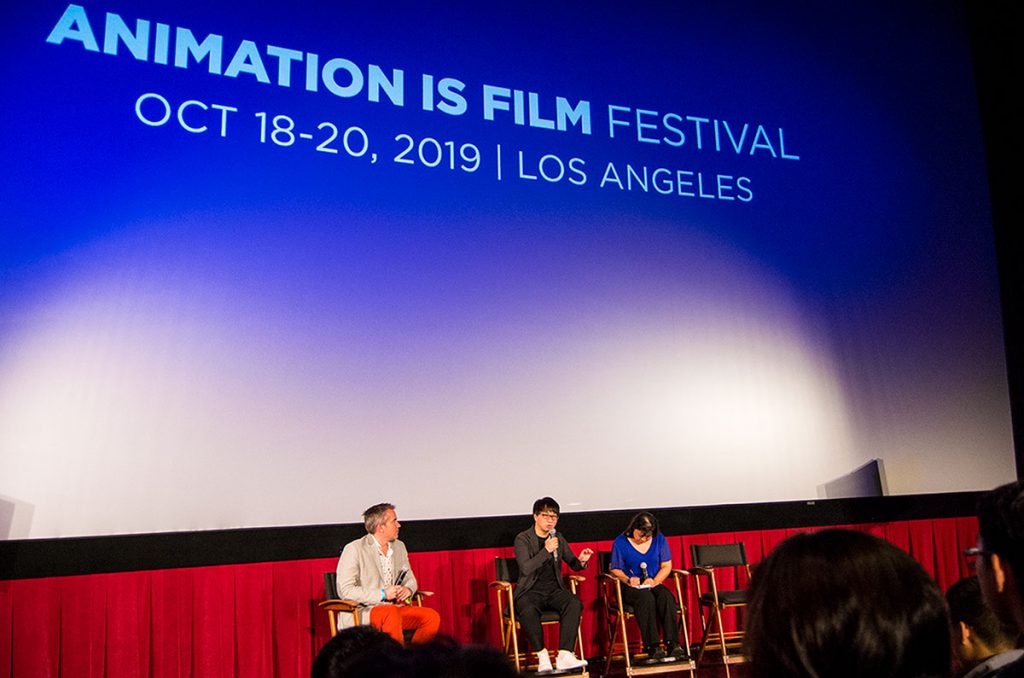 Where Weathering With You differentiates and rises above its cheerful cookie-cutter predecessor is the gloom of real-world problems that hangs over the characters and the audience. The Earth is at the very core of the story, and the troubles that plague it and the main leads mimic the unease of the current youth. Shinkai offers no solutions, but the movie serves as a warning wrapped in a magical tale of young love.

Despite the troubles and sustained issues that last after the movie, all isn’t bleak in Tokyo. Shinkai weaves in a nod and wink to thank his fans for watching in the form of Taki and Mitsuha who both make a cameo during the movie. If the two movies take place in the same universe, it’s hopeful that Tokyo eventually stops the endless downpour as Your Name ends on a sunny day during Taki and Mitsuha’s reunion. Even if you don’t end up liking any of the characters in this movie, you sympathize with their plight of heavy, unending rain as it parallels the new reality that we face with climate change. While our world might not be able to adapt as quickly as Shinkai’s Tokyo, he has faith that the new generations will find a way through it.