The usual K-pop girl groups are either sweet and innocent, sultry and sexy, or edgy and girl-crushes. Breaking the mold and creating their own sub-genre within K-pop, Dreamcatcher is a girl group focused on heavier sounds with metal and J-rock influences. With such a unique approach to their music, I expected their concert would be significantly different from the typical K-pop girl group concerts too. Although their music has given them the “tough girls” image, after spending a night watching them with their fans, it became obvious they were also just as playful and bubbly as every other girl group (in a good way). 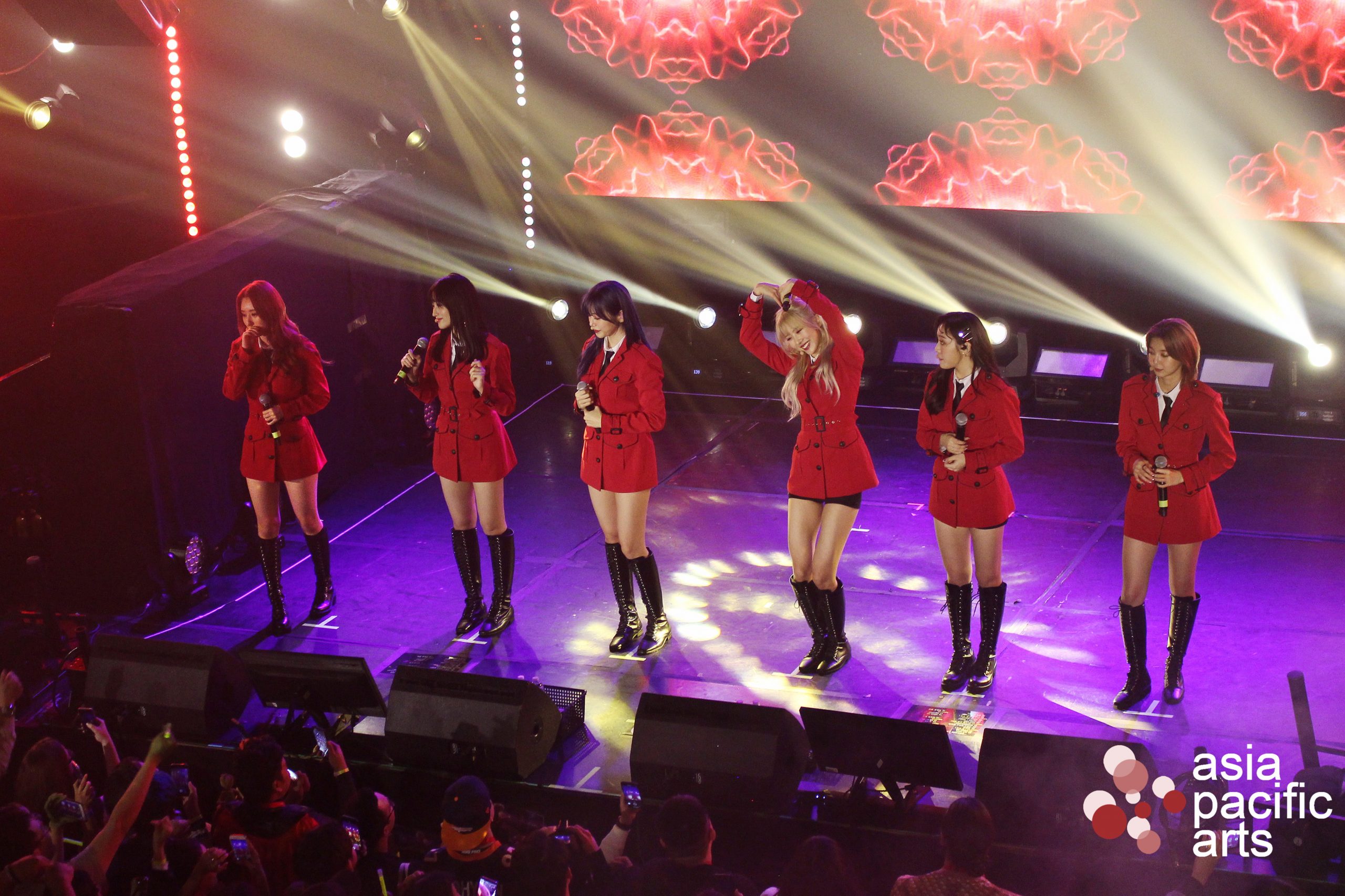 On December 6, the six members (sans Handong) performed at the Globe Theatre in Los Angeles, CA on Friday, kicking off their “Invitation from Nightmare City” tour in the U.S. Given their signature “horror” concept, it was even more fitting that their concert fell on a cold, rainy night. With the cold, however, came chaos, as fans known as InSomnia rushed to enter the all general admission standing venue. The show was slated to start at 8 p.m., and by that time, the doors had yet to open due to engineering problems delaying the entire show by an hour. Despite gaining international recognition for their unique style, it was a little surprising they opted for a smaller, general admission venue, but it became clear why as soon as the show began. Experiencing the concert in a smaller, more intimate venue really allowed the audience to feel Dreamcatcher’s music, bass thumping in our chests and Siyeon’s high notes ringing through our heads.

As the instrumental to “Fly High” began and the group entered the stage, fans’ screaming grew louder. The girls fought hard to keep smiles off of their faces in order to pull off their intense, angsty performances. Songs performed include their more popular title songs such as “Piri,” “You and I,” and “Good Night.” Of course, they couldn’t leave out their debut song “Chase Me,” and their latest release, “Deja Vu.” Mixing things up, the girls also performed original choreography to DJ Snake’s “Taki Taki” and sang covers of EXO’s “Overdose” and Ariana Grande’s “7 Rings.” A shoutout to their fellow K-pop girl groups, Dreamcatcher thrilled fans with a dance medley featuring songs by Twice and Red Velvet.

Each member was full of charm, performing their songs while simultaneously acting cute for the fans on stage. There was literally never a dull moment; whenever a member was standing on the side during the choreography, they were throwing hearts and posing for photos. In between each song, the members were interacting with InSomnia and goofing off with one another onstage. They shared with the audience what they had done since arriving in LA, what they had eaten, and more. Most importantly, they gave back the enthusiastic love they received from the primarily male crowd, who dutifully chanted each member’s name before earnestly launching into each fan chant throughout the whole show.

While the concert did not differ significantly from the usual K-pop girl group show, Dreamcatcher gave fans an amazing experience. What would have heightened the experience was a greater emphasis on the group’s signature concept through a VCR series or a setlist order to tell a story throughout the concert. By the end of the night, the group proved their phenomenal stage presence and immense charm is what earned them a passionate following. From the duality of their cute and cool charms to their strong vocals and choreography, Dreamcatcher is a group whose live show is one that you certainly wouldn’t want to miss. 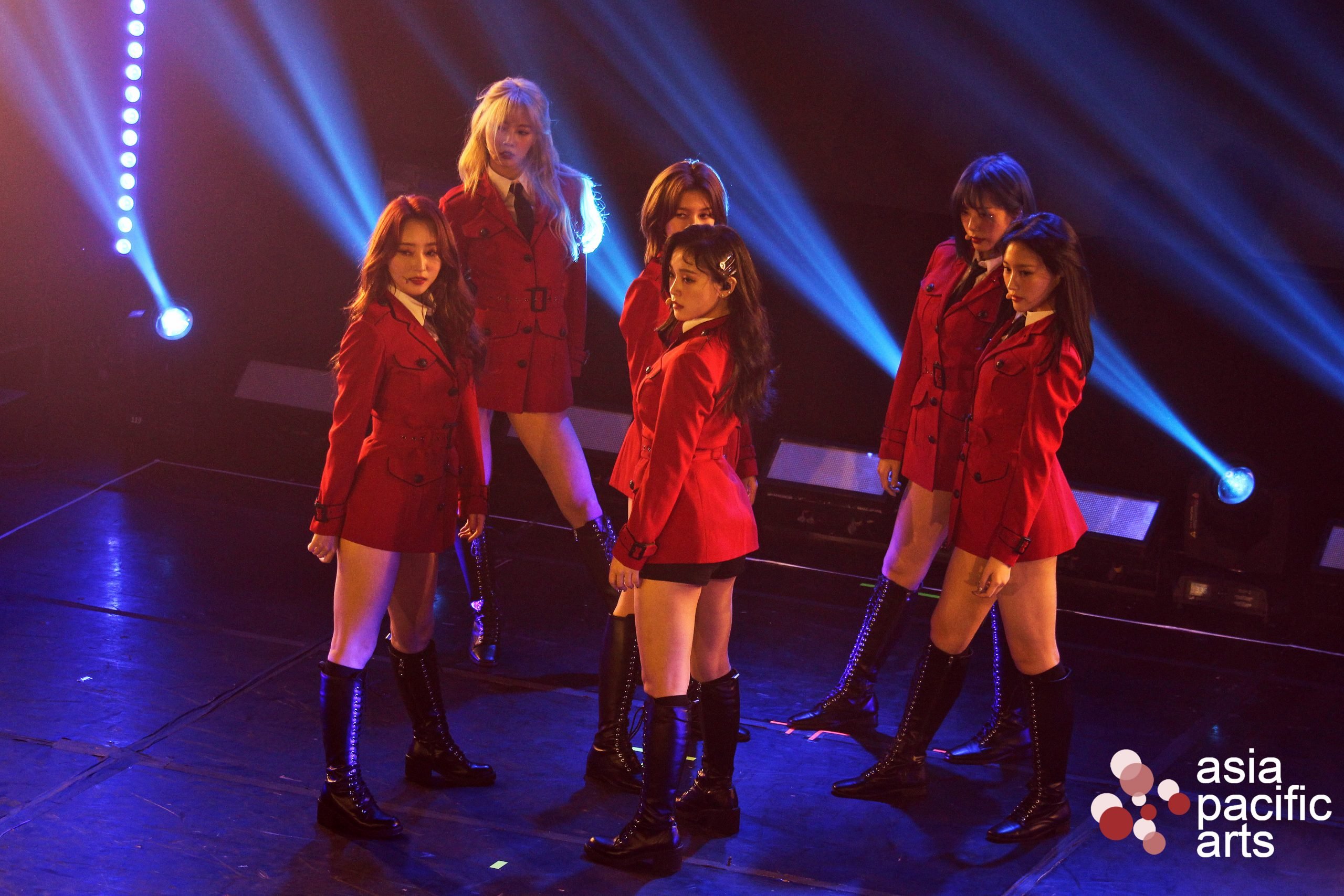