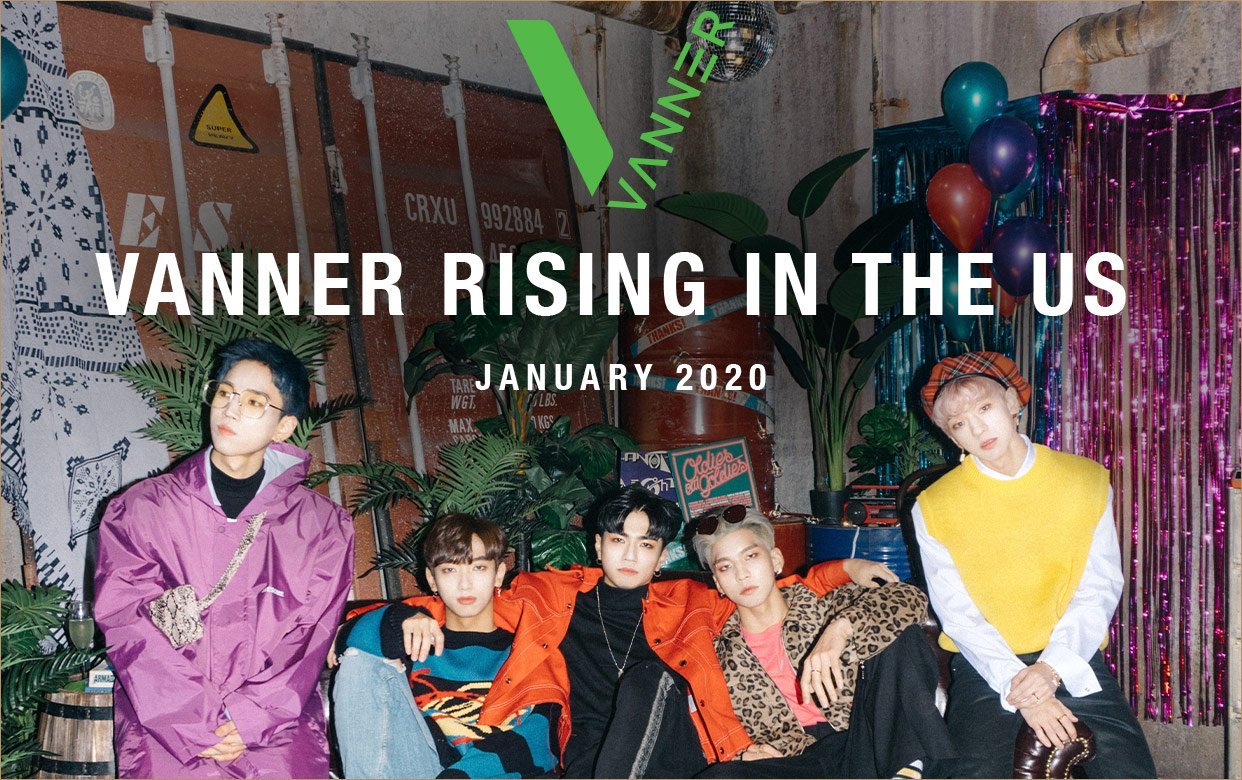 Just under a year since their debut, Vanner will be embarking on a quick U.S. tour to greet their fans in five different cities around the country. Starting off in Chicago on January 17, the group will move westwards to finish up their tour in Los Angeles on January 24.

Although Vanner debuted in 2019, they began pre-debut promotions in 2018. They held concerts and various performances throughout Tokyo, and performed more than a total of 200 times prior to returning to Korea. The group then made their official debut on February 14, 2019, with their song “Better Do Better.” The title song was accompanied with a full ten-track album, “V,” which members Taehwan, Ahxian, and Gon helped compose and write. Their debut album peaked at number 67 on the Gaon music charts.

Following their debut at the beginning of the year, the group had their first and most recent comeback in September, with the release of their album “5cean: V.” This album featured three songs, including title song “Crazy Love,” all written and composed by the members themselves. The group held a Makestar project for this comeback, and funding reached 100% within 24 hours.

In order to bring Taehwan, Gon, Hyeseong, Ahxian and Youngkwang to meet as many VVS as possible, Studio PAV held a four-step voting process to choose which cities the group will visit. Although originally planned as a four stop tour, Los Angeles was added as a fifth and final stop due to overwhelming support. Make sure to check out the event date and location details below:

For more information or to purchase tickets, VVS can visit Studio PAV.