With nine years of experience under their belts, veteran K-pop group TEEN TOP returned to the U.S. for their fourth national tour, “PARTY TO.N9NE.” Performing at the Hammer Theatre Center in San Jose, the five-member group put on an intimate show, getting close and personal with fans. While the concert did not feature any fancy sets or stage effects, this gave attendees a very rare and raw look at the seasoned group.

APA shares some highlights from TEEN TOP’s San Jose stop on their tour.

With the tour taking place around Halloween, fans came to the venue dressed in an array of costumes from cute to spooky for a chance to be selected to take a special group photo with TEEN TOP. Not many people can say they’ve taken a photo with the group, much less in costume, so this made for a special memory to eight lucky fans. The one missed opportunity was that the boys themselves didn’t dress for the occasion during the concert, but the fans kept the Halloween spirit going while cheering the boys on. 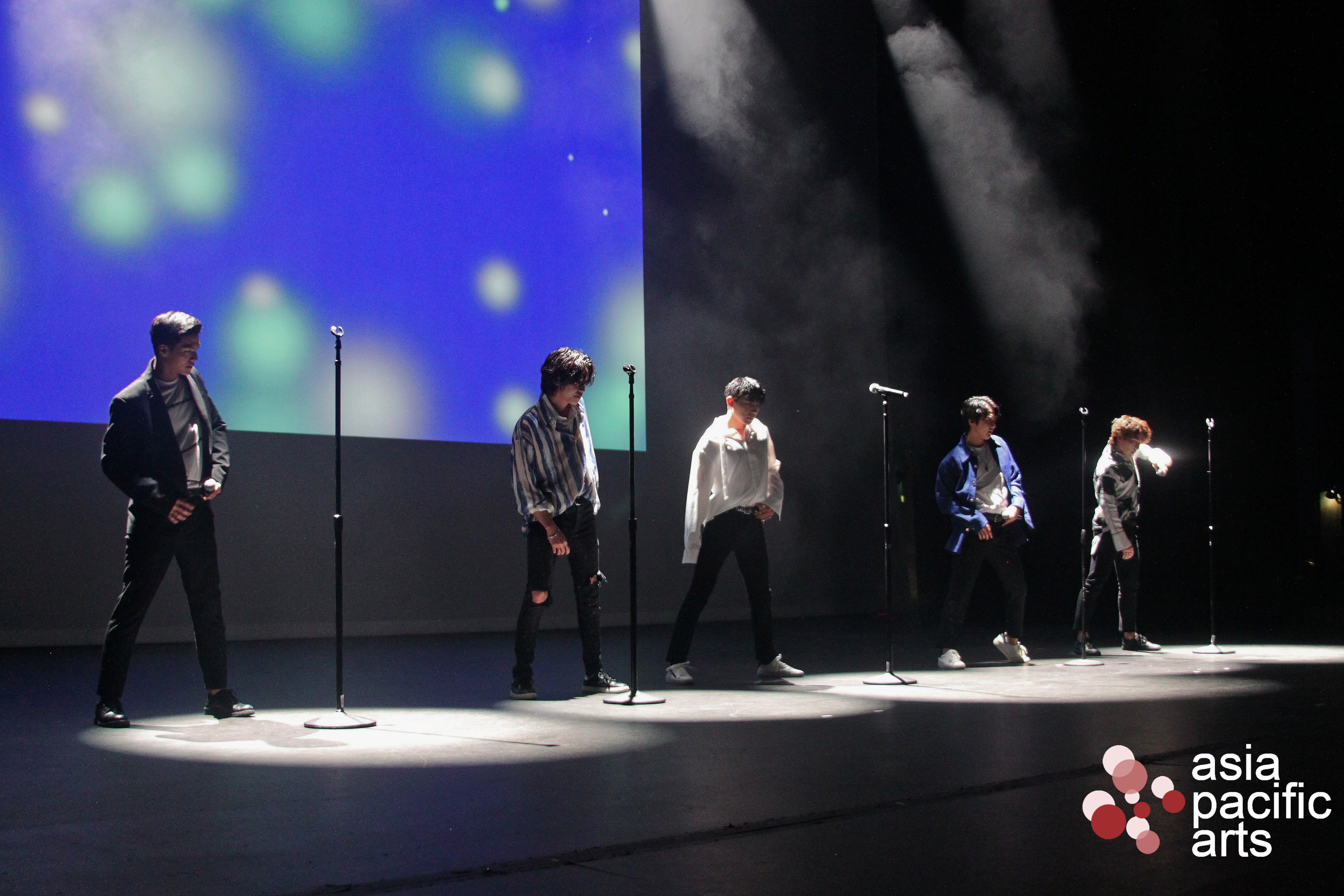 With how fast K-pop moves, being in the industry for nearly a decade is no easy feat. What’s more, they’ve been consistently active, dropping albums each year. TEEN TOP opened the show with their latest trop house track “Run Away,” but also went back to their roots to perform their high energy, electronic pop music like debut song “Clap.” Slowing it down, the group also sang R&B tracks such as “I’m Sorry” and “Missing,” with eye-catching choreography incorporating chairs and a single mic stand. TEEN TOP made sure to perform crowd favorites like “Miss Right,” as fans automatically joined along to perform the song’s signature move: throwing one hand in the air and shaking it vigorously. Going through their entire discography, the group guaranteed that both old and new fans would have something to enjoy, showing their musical evolution through the years.

While TEEN TOP took a break, a hilarious video was screened of the boys playing various games to determine who would decide what each member would perform for their solo stage. One of these games included the infamous Korean “Hello Cleopatra” high pitch battle, which had fans gasping for air at the members screaming their lungs out. Returning to the stage, they invited one male fan to the stage to challenge the game’s winner, Changjo. Neither the fan or Changjo held back, taking turns roaring into the mic, while the rest of the members and the audience couldn’t help but crack up.

The members of TEEN TOP showcased their unique, individual styles in solo stages. Performances spanned a variety of genres from Chunji’s rendition of IU’s ballad “A Story Only I Didn’t Know” to C.A.P’s lo-fi hip hop “WOo.” The performance that stood out the most was Changjo’s “Nobody Knows,” in which the singer powerfully delivered sensual lyrics over a simple guitar melody while executing slow, sharp dance moves.

“We debuted when we were teenagers, so we decided to call ourselves TEEN TOP. But now… we’re not teens anymore,” said Niel as he caught his breath after a particularly dance intensive song. In their long career, TEEN TOP has been known for their fancy footwork. Though the boys took a lot of time to do some easygoing freestyle and jump along with the crowd, they made it known that they still had the moves, performing the precise and intensive original choreography. Light on their feet, they showed off fast footwork to “Rocking” and “To You,” which drew some of the loudest cheers throughout the night.