Five-member band DAY6 embarked on their second world tour, “Gravity,” visiting seven cities in their U.S. leg. At their first performance in San Francisco, the group energized a packed house, effortlessly bringing the crowd to its feet and literally shaking the entire venue.

Wednesday concerts aren’t easy, especially after a long day of work or school, but DAY6 is the right act to help you get through a rough week. The group brought an intense and vibrant energy to The Warfield that immediately revitalized the crowd as soon as the band began playing. DAY6 kicked off the show with “Best Part,” a song with a soaring melody that promises to make every moment the “best part” of life. Keeping the energy high, the band performed “Sing Me” with a chorus full of thumping synths that had the audience jumping along. Powering through song after song, DAY6 energetically played “Time of Our Life,” inviting attendees to have fun and make new memories with them before momentarily pausing to greet the fans.

With the tour named after the group’s latest EP, naturally, they played all six songs during the show. Of their latest tracks, one that stood out was “For Me,” a song about getting to know yourself better and loving yourself. To a marching beat, the members sang the uplifting song with bright, clear vocals that echoed through the venue, moving listeners. A fun surprise for the audience was at the end of certain songs each band member would suddenly perform a solo, showing off their skills and unique style. 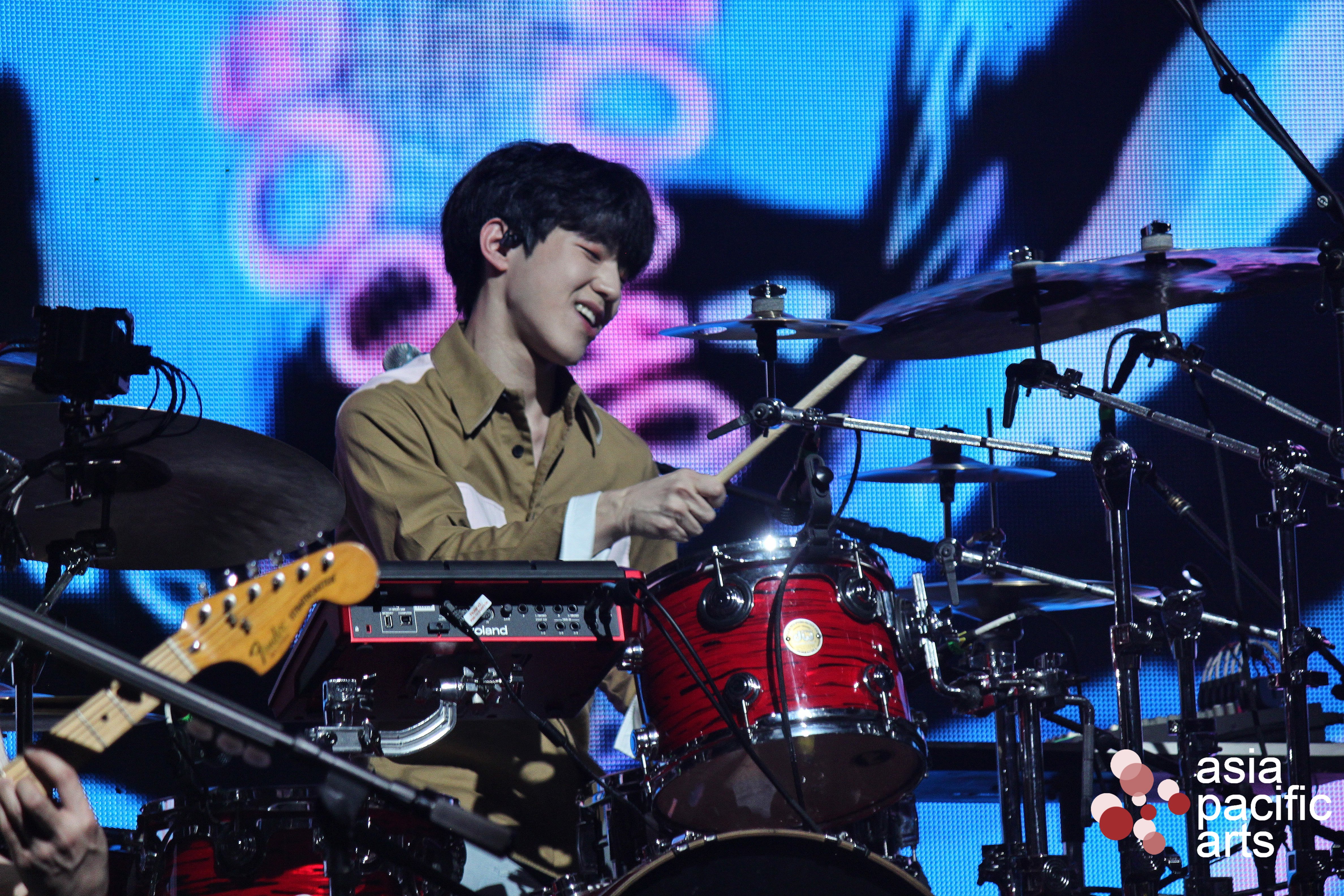 The surprises didn’t stop there. When the band began playing “Like That Sun,” fans thought they knew what was to come, but Young K began singing the lyrics to Ed Sheeran’s “Shape of You.” Without warning, this was how the band launched its surprise mashup medley to the crowd’s delight. Next they performed the retro track “Days Gone By,” mixing in Bruno Mars’ “Treasure.” They saved the most unexpected mashup for last, singing Daft Punk’s “Get Lucky” and then smoothly transitioned to the funky vibes and falsettos of “Blood.” 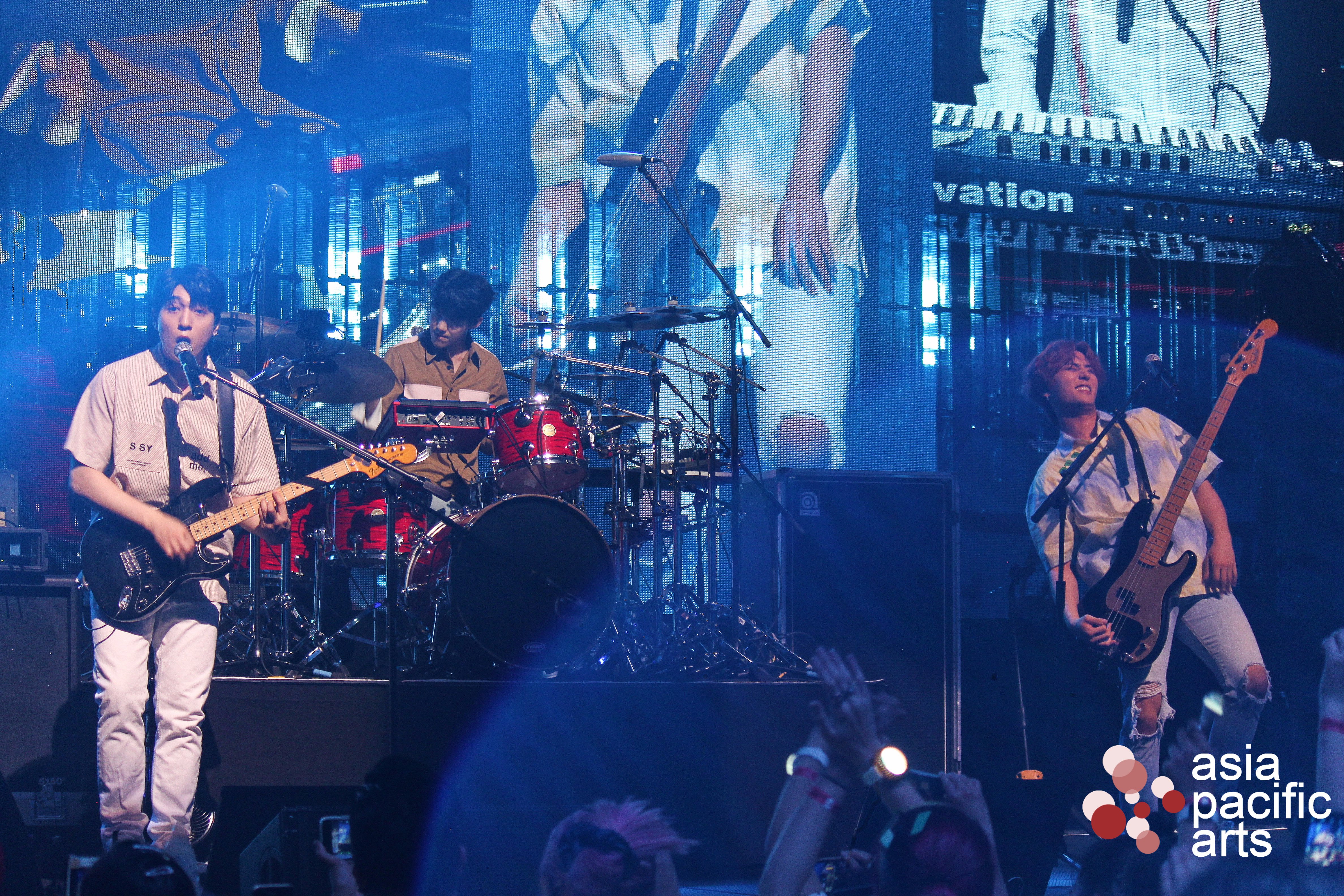 Changing the mood, DAY6 then tugged on heartstrings, performing a number of melancholic songs such as “Colors” and “I Need Somebody.” The band expressed desperation in these songs in such powerful ways, inspiring fans to sing along. With how well the crowd did, the group thought it would be fun to hold an impromptu karaoke session for the audience. Playing the instrumentals to “I’m Serious” and “Man in the Movie,” DAY6 looked out into the audience, proudly listening to fans sing their songs. Jae teased the crowd for mumbling at certain parts, but appreciatively said, “It’s OK if you don’t know all the lyrics. Sometimes we don’t either. [laughs] It’s the energy that counts!” 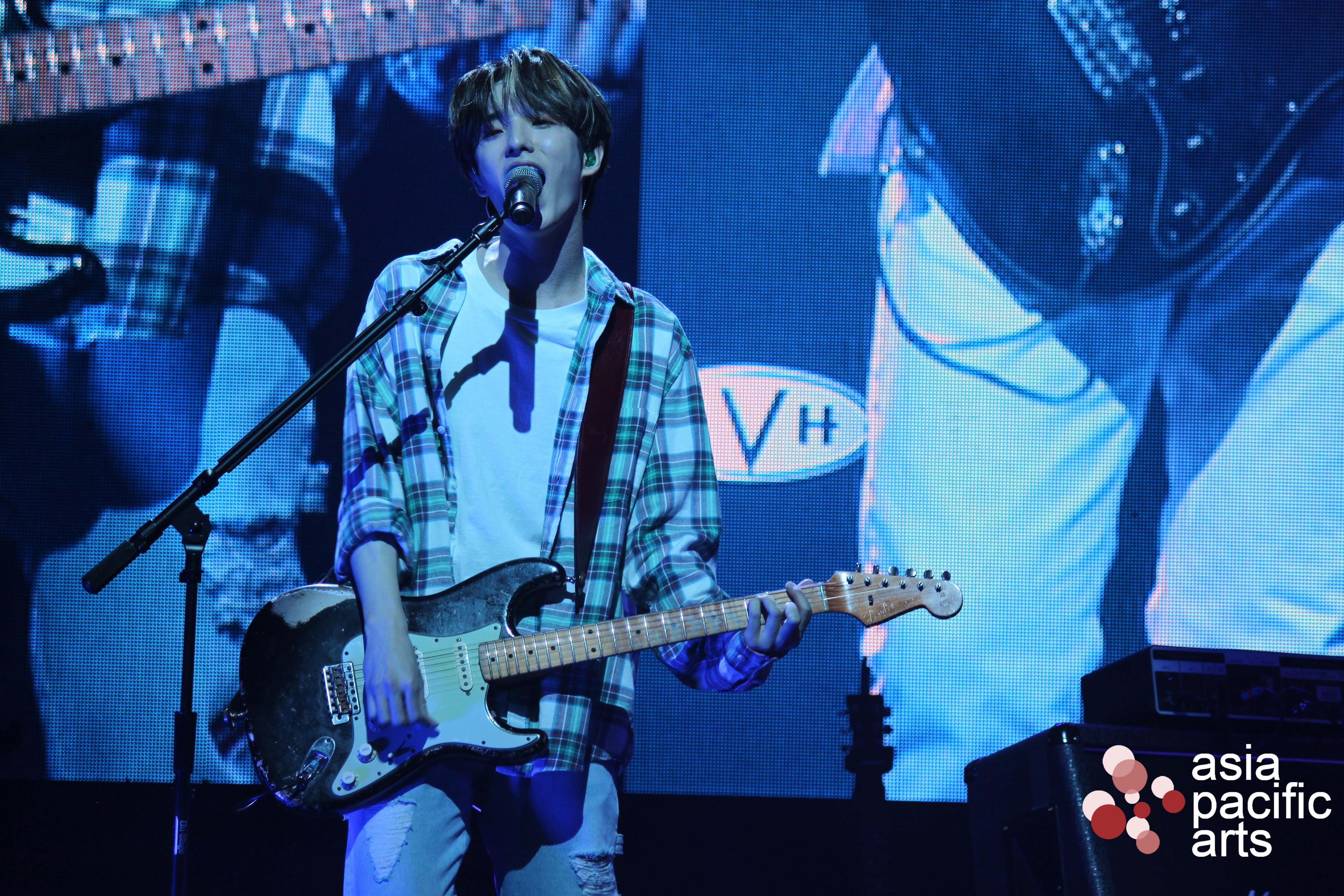 Kicking things into high gear, the band played fast, upbeat tracks, “Headache” and “Warning!” hyping the crowd again. Although generally fixed in their positions on stage, Jae and Young K jumped and headbanged along to their vigorous strumming. Combined with the urgently flashing lights, the performance had the audience’s energy skyrocketing as the venue from pit to balcony was shaking from all the jumping. 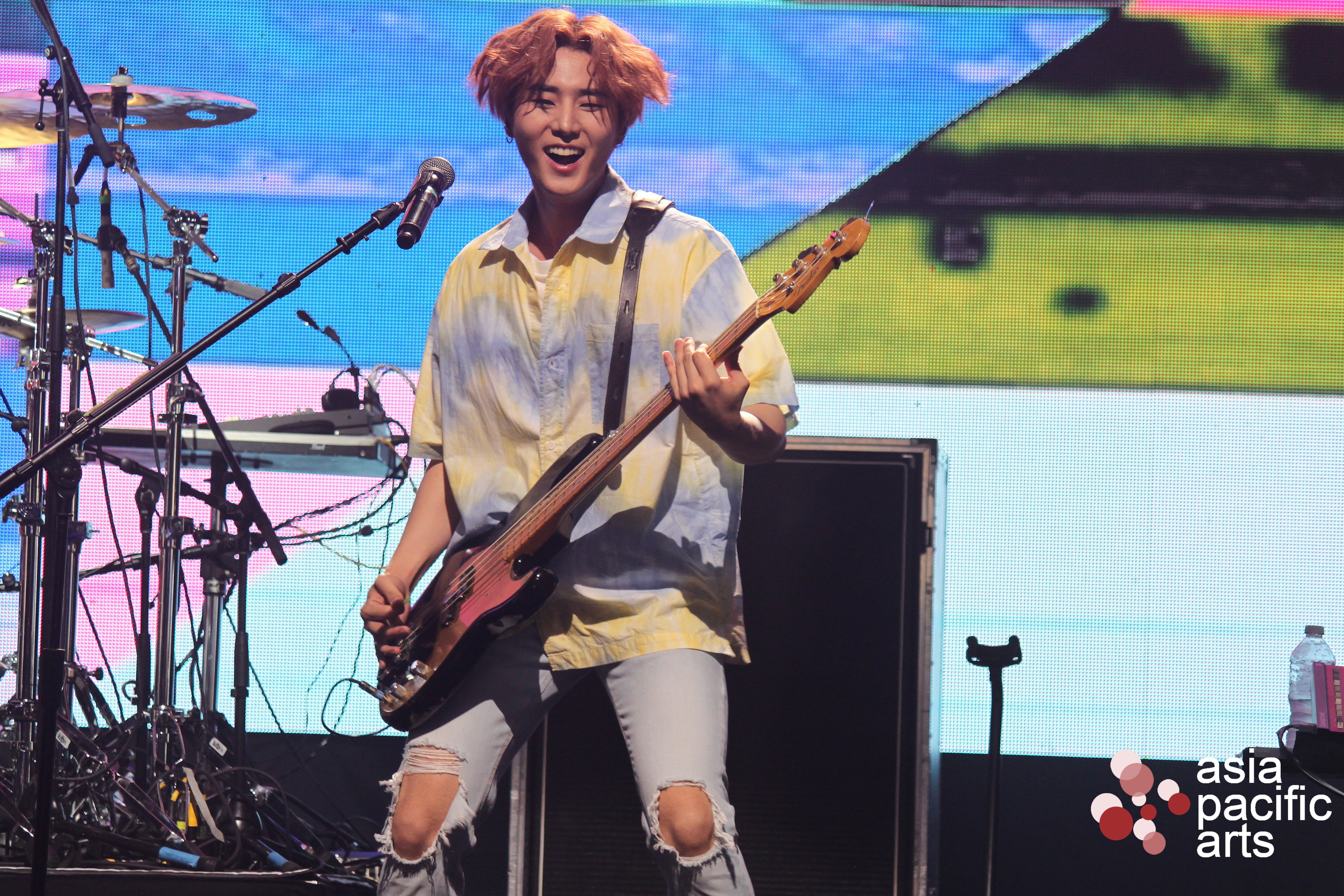 Ending the show on a high note, the band performed their debut track “Congratulations,” along with feel good songs “Dance Dance” and “Free.” The Warfield turned into confetti central, as the band set off confetti three times throughout the show. Through the shower of fluttering confetti, DAY6 thanked the crowd for coming, ending an unforgettable and freeing night of vivacious energy and infectious songs.