Samurai guitarist MIYAVI has held hundreds of shows around the world and he’s back at it again with another tour, “No Sleep Till Tokyo.” Bounding onto the stage, MIYAVI is greeted with enthusiastic cheers from the crowd. Having performed numerous times at Slim’s in San Francisco, MIYAVI looks right at home.

The tour comes on the heels of the release of MIYAVI’s latest album “No Sleep Till Tokyo,” his first full length studio album in three years. His last tour featured vocals from other performers, but along with his guitar, MIYAVI’s vocals took center stage this time around on the album and tour. Pensive as ever, MIYAVI opens the show with the first track off his new album, “Stars,” setting the tone by asking the stars to show him the path to his future. 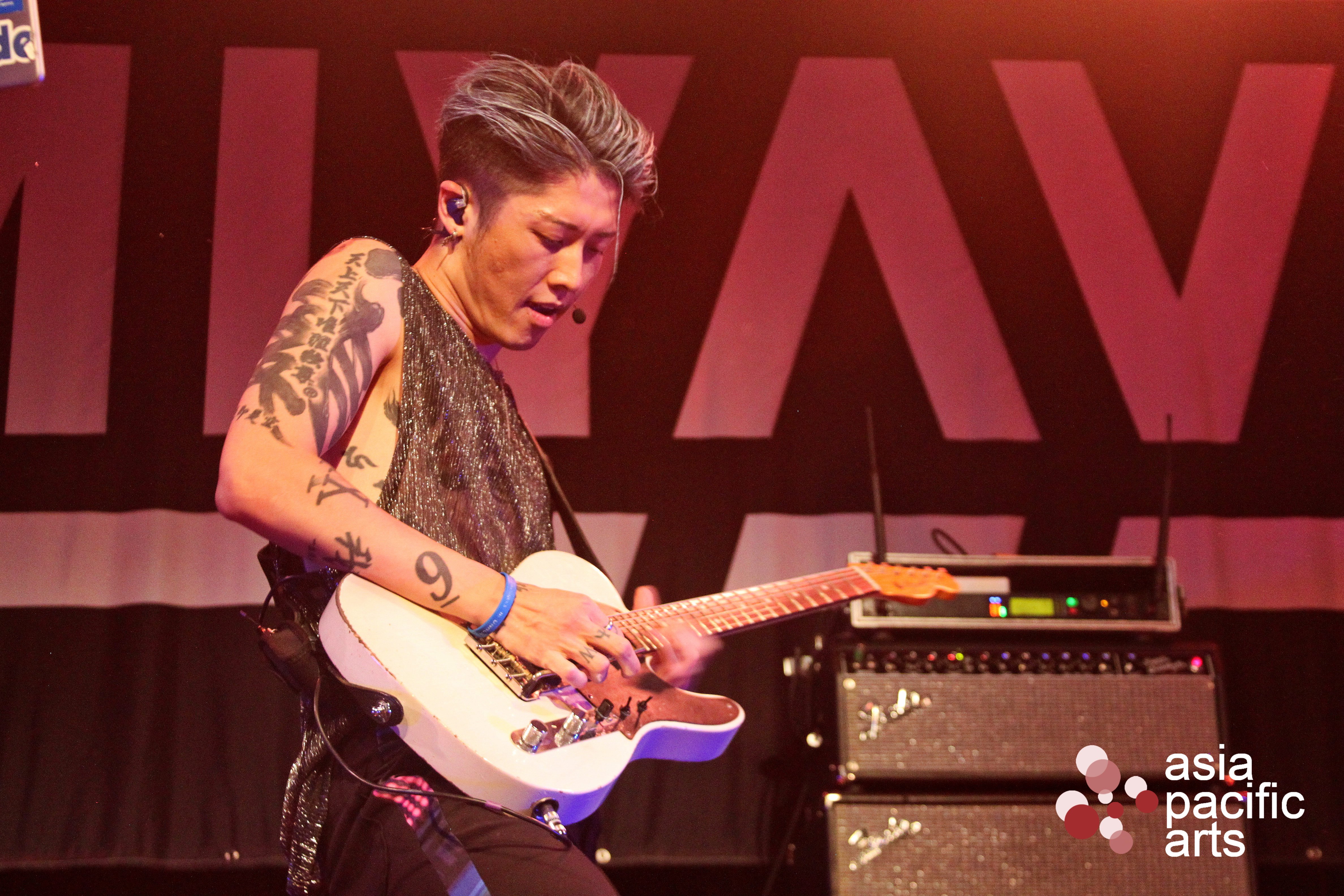 Diving into his older tracks, MIYAVI gets the crowd jumping with songs like “Flashback” and “Rain Dance.” The upbeat rhythm and mantra-like chorus gets the audience moving entranced. Finishing the song with a death drop, the guitarist effectively stuns the crowd momentarily before they erupt in cheers.

A fan screams for MIYAVI to take off his top, to which he teasingly replies, “Take yours off and I will consider.” (Nobody took off anything.)

Greeting the audience, MIYAVI shares his sentiments on how he is happy to call the U.S. his home, after feeling so welcomed when he first moved to the States. With that, he wants to use his music to help other people feel that way too. He has always been open to trying new things, and that was his goal for “No Sleep Till Tokyo.”

The album features music that explores a wide range of emotions from gentle to aggressive. Following the energetic “No Sleep Till Tokyo,” MIYAVI plays a few of the more intense, thumping tracks off the album including “Samurai 45,” “Tears on Fire,” and “Other Side.” The greatest part of seeing the musician live is seeing how much more fervent and raw the songs sound in person.

Taking a 180, MIYAVI moves into some more tender songs like “Guard You” and “We Can’t Stop It (Rewind).” The crowd quickly falls silent and is swept away by the sentimental lyrics and strumming of his guitar.

MIYAVI calls out to the audience, “Every time I sweat, the sound changes. I need your power.” Eagerly, the crowd roars in response and the musician jumps into a powerful guitar slapping intro, coupled with Bobo’s rapid-fire drumming, before launching into the aptly named track “Strong.” Drawing upon the audience’s energy, MIYAVI keeps it going with “Firebird.” Ending the song with a kiss, he douses the crowd with water.

Despite being such a powerful performer, MIYAVI always embraces all his emotions, even the vulnerable, and shares that with the audience through his music. Before playing “Fragile,” he says, “I dedicate this song to all the sensitive people. Sensitivity is a strength.” Such comments are not often made and completely align with the guitarist’s goal to make music for all listeners. 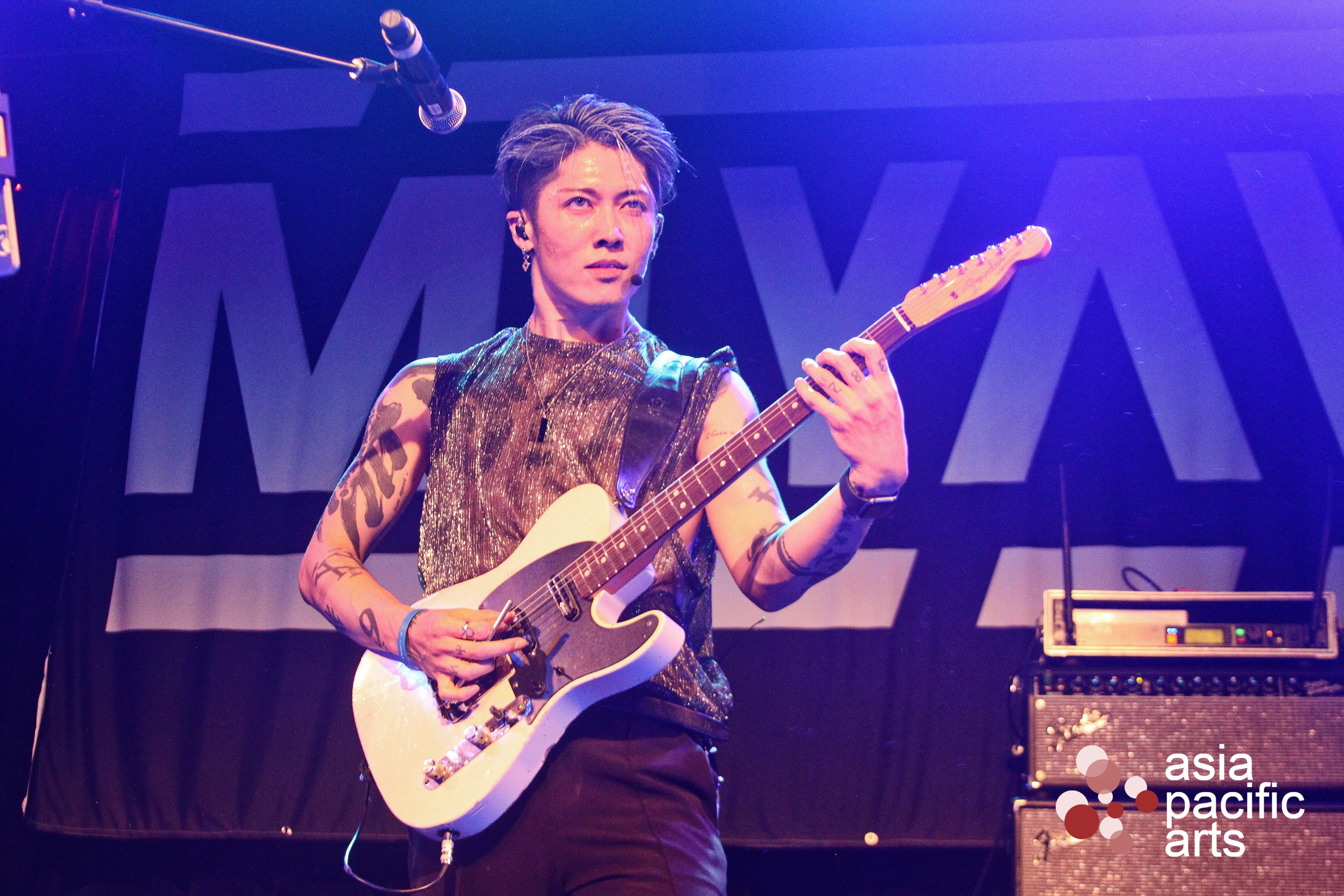 No MIYAVI show is complete without “What’s My Name?” and the musician finishes the concert on a high, with the audience enthusiastically singing along. To put it simply, seeing MIYAVI never gets old. His energy is something else and feeling his fiery passion onstage makes all the difference. MIYAVI never seems to rest, so fans rest assured, he’ll be back soon enough.