TOHO Studios brought the big guns to San Diego Comic Con 50 with a large booth in the Dealer’s Hall. Celebrating Godzilla’s 65th anniversary, the booth had several original never-before-seen pieces that had never been transported across the Pacific Ocean. Fans were able to touch real props of other famous kaiju such as Mothra, King Ghidorah, and Rodan. My favorite had to be the actual suit used in Godzilla 2000, which even Warner Bros. hasn’t displayed for their Godzilla movie releases.  For those unaware, this is a rare move from TOHO to bring to Comic Con, much less the U.S., since Japanese studios tend to keep original items in Japan. Speaking with APA on the current status of Godzilla is Chris Mowry, a US representative for TOHO and a major figure in the Godzilla comic franchise. 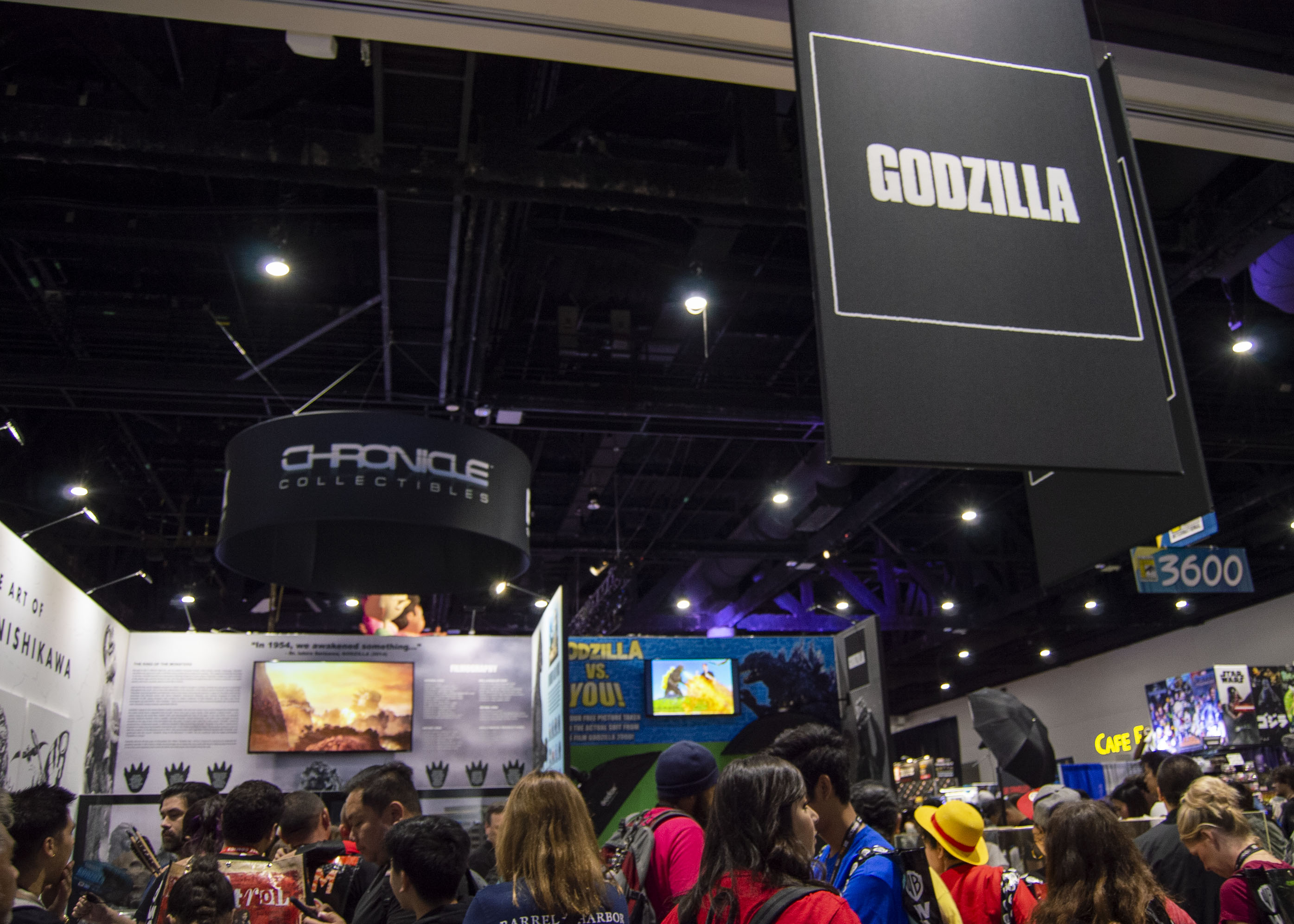 APA: How has your San Diego Comic Con been?

Chris Mowry: It’s been great so far! This is our first year here, and it’s interesting because a booth opened up and we jumped on it. I’ve been a fan since I was 5 years old and now I’ve got my dream job. What’s difficult is to get Japan to understand how big the potential is in America. We have some original props and unique things for fans such as the head of Mothra and the full size suits.

APA: Japan is known for being protective of its IP, but the recent Godzilla films such as Shin-Godzilla and Godzilla King of the Monsters have sparked interest from old and new fans. How are you currently working to marry those two fan groups and how are you helping move along the franchise to the next generation?

Chris Mowry: It’s important because I was telling the staff last night at dinner is that people are more familiar with the newer Godzilla. If you’re hardcore fans, you can count on them all the time because they love the classics. We’re trying to revitalize the fans, especially now that we have the opportunity from the WB movie and TOHO. It’s like Batman, where you have the original ’66 Batman and the more recent films.

We’ve been working with vendors and trying to find new things to do with the franchise, getting out of the traditional apparel and toys. We’re looking for partners to do furniture or new kinds of media. I want Godzilla to be a household name. 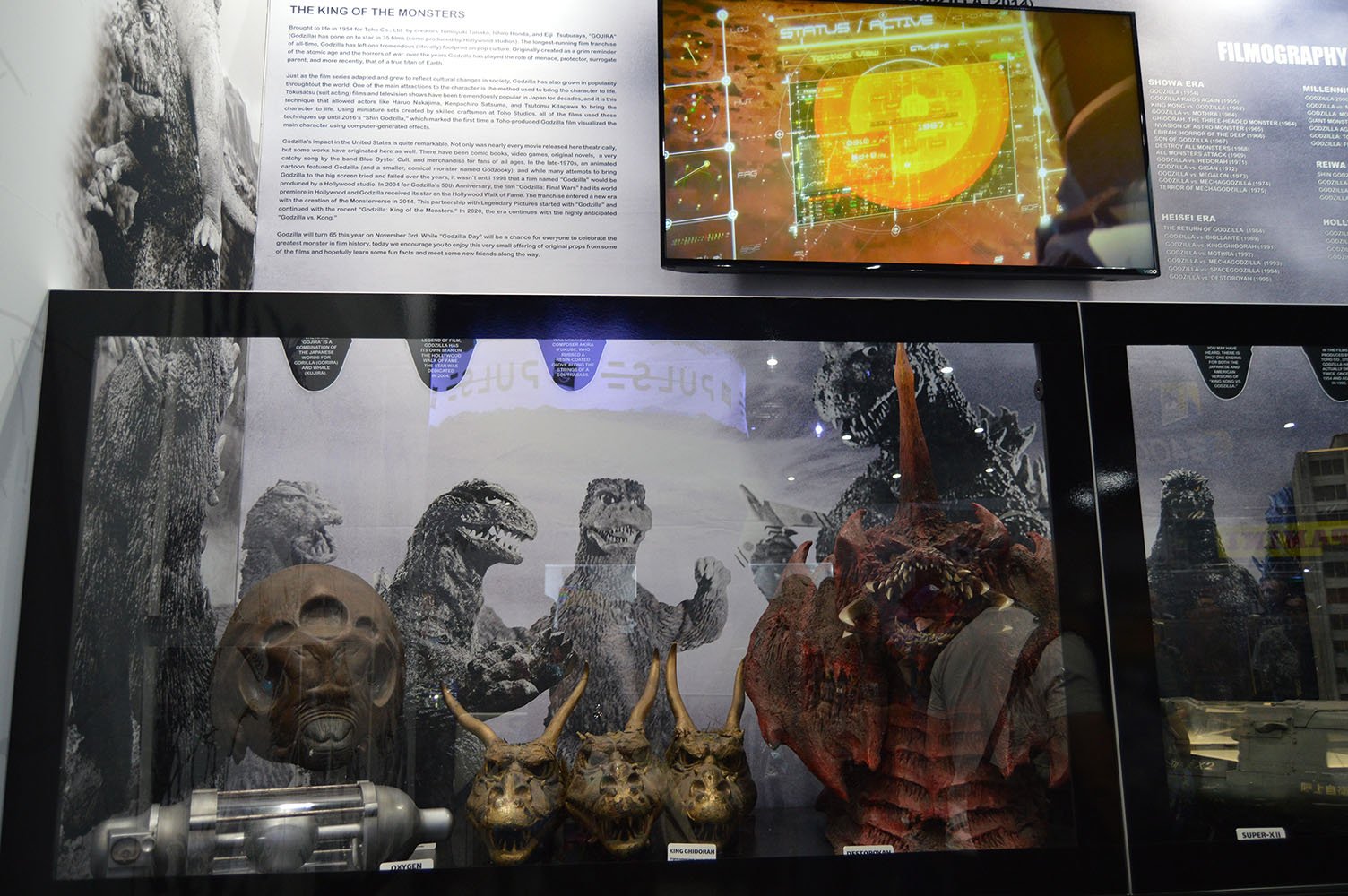 APA: With Netflix and Hulu, there’s an amazing digital opportunity to get it in people’s homes. Are there any opportunities for Godzilla to do that?

Chris Mowry: It’s been talked about, and we’ll see. People like the movies, but would it be possible to do a serialized version of it? Can we work with toy companies to do something new or exclusive?

APA: What are some of the most interesting things you’ve heard from fans?

Chris Mowry: I wrote the Godzilla: Rules of Earth series from IDW, and it’s interesting to hear that generational shift. It speaks to the durability of the character, and people talk about the expansiveness of the Marvel universe, but Godzilla did that before with all the universes.

APA: What are some of the wins you’ve had with TOHO? What have they said about the show since it’s probably their first time too?

Chris Mowry: In regard to Comic Con, we have to close the booth every day. Last night everyone clapped and the feedback has been phenomenal. We’re talking about coming back for next year. It’s something I’ve always wanted as an American to say that Godzilla and the monsters are popular. It’s finally rewarding to see that TOHO understands that and are willing to invest.

The Toho representatives have been very impressed with how patient people are to stand in line for exclusives. They’re happy to be here and are thinking about doing more of these shows.

APA: How was the trajectory from when you were a comic writer to representing Godzilla for TOHO?

Chris Mowry: The comics thing is funny because when I started working there I may have been too eager. I told the guys there that they need to get the rights for Godzilla and the other monsters because Dark Horse and other publishers skipped over it. They did get the rights, and I got to write for it. It wasn’t until last November that TOHO reached out to me and asked me to help with San Diego Comic Con. Lots of stuff to come on the horizon.

APA: What do you think Godzilla will look like in five years?

Chris Mowry: Huge. Three rows of dorsal fins. All the trademark checkpoints.  This isn’t a confirmation, but I can see TOHO doing a Shin Godzilla two and another animated series. Possibly taking some time, but not taking a five-year gap like they did between the last two movies. Hopefully we’ll see it on more streaming services.