Ryo Kitamura, multifaceted and multi-talented actor/model/singer extraordinaire, graced attendees at Anime Expo with a two hour panel and other fun fan festivities. His CV runs long with roles such as Yagen Toushirou in the live action film adaptation of Touken Ranbu, Shoto Todoroki from the stage play of My Hero Academia, and as the voice of Arashi Narukami from the popular mobile game Ensemble Stars. After an exciting trip around town eating In-n-Out and exploring the city of LA, he sat down with APA to talk about the challenges of acting and juggling multiple roles. His appearance was made possible by Anime Jungle, who has also brought many other Japanese talent, such as Daisuke Hairakawa and Tetsuya Kakihara, in previous years.

APA: Would you be able to introduce yourself for us?

APA: How excited are you to be in Los Angeles and at Anime Expo for the first time and among so many fans?

APA: What would you like to do while you’re in Los Angeles?

Kitamura: I’d love to go shopping in Beverly Hills, walk around, and take lots of pictures.

APA: Since you’re in Los Angeles, known as the City of Stars, what are some of your favorite movies or TV shows?

Kitamura: I have a lot of favorites, but one in particular is I Am Sam.

APA: You lend your voice to popular characters such as Arashi Narukami from “Ensemble Stars,” but you also act in stage plays, TV dramas, and live action movies. Which do you prefer the most?

Kitamura: I like acting in all forms, but if I had to pick one, I’d say that my favorite is stage acting because I like seeing the raw reaction from the audience. It’s live and genuine. 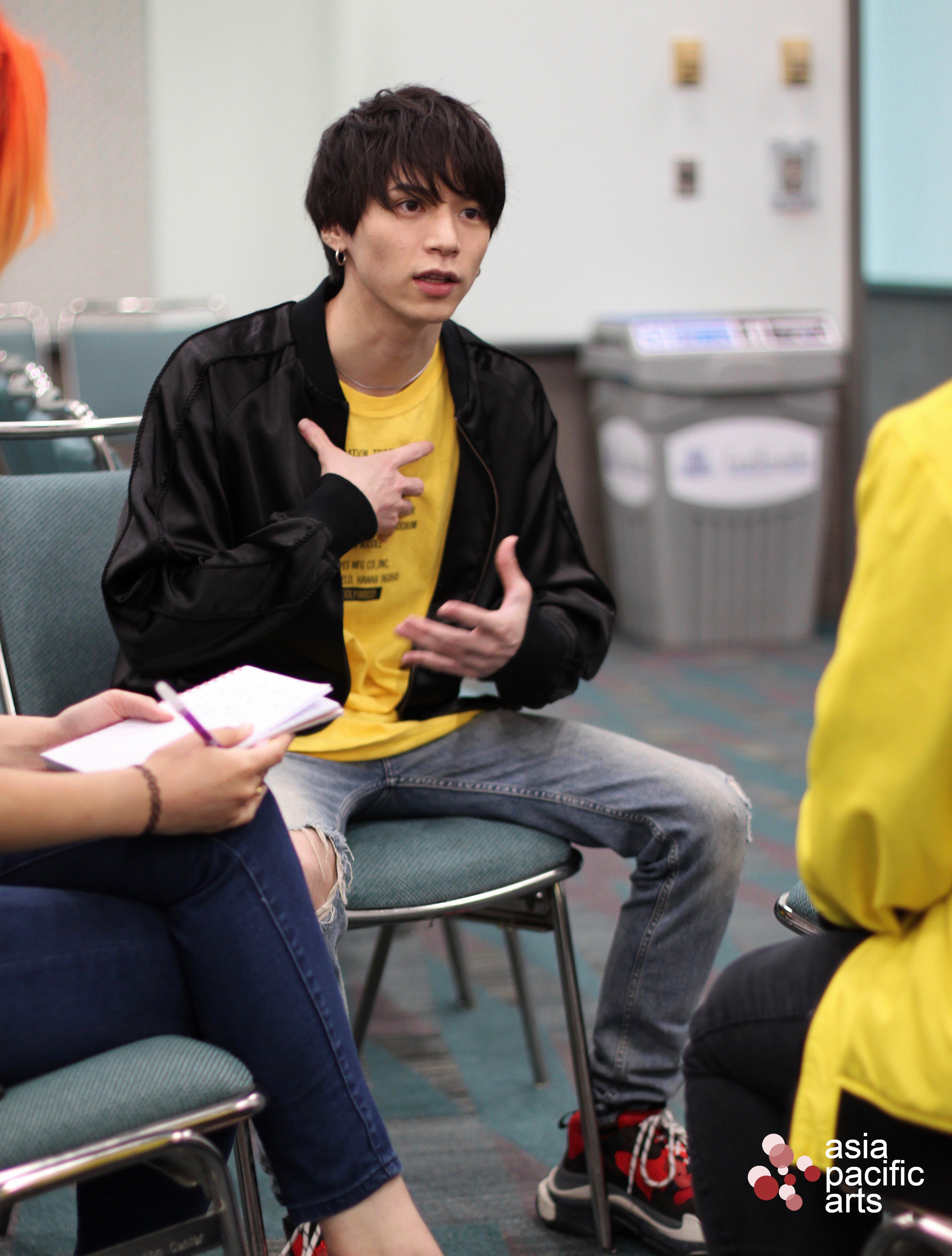 APA: Who has been your favorite character to play so far?

Kitamura: That’s tough because I enjoyed playing all of them. Probably Rin Okumura from Blue Exorcist. That was a role that showed me different ways of acting, and there were many positive moments during that stage play.

APA: Speaking of which, “Blue Exorcist” is originally a manga but also has an anime adaptation. Did you refer to the source material or did you want to portray Rin Okumura in a new way?

Kitamura: I was actually a big fan of the manga and have been reading it since a long time ago. But I watched the anime for the first time after I had finished the stage play. Since I was a big fan of the manga, I already had my own image of Rin. So instead of watching the anime and hearing Nobuhiko Okamoto‘s voice as Rin, I had an entirely separate idea of the character. 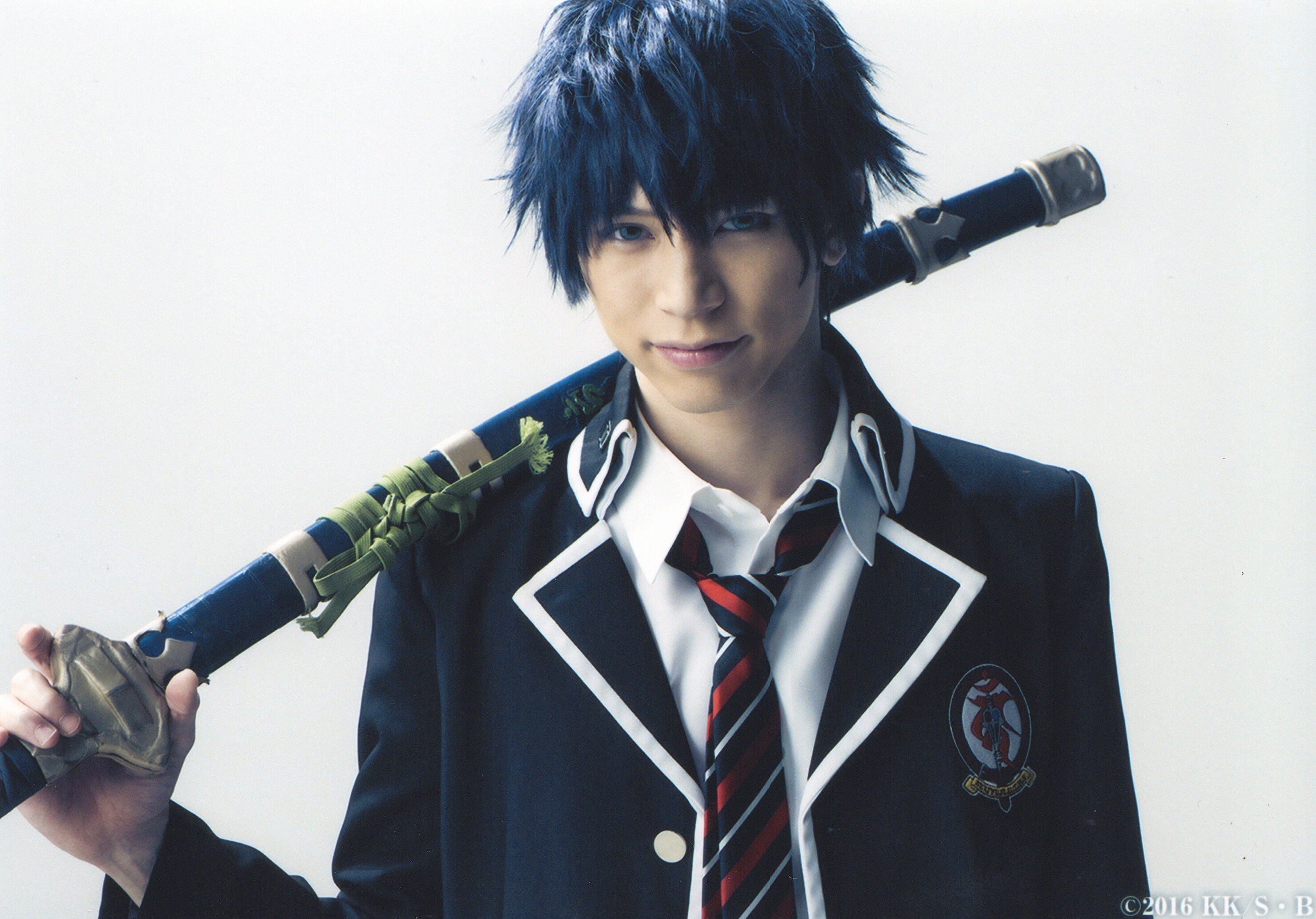 APA: What are some of the challenges of acting and singing in these different forms of media (stage acting vs. voice acting)?

Kitamura: My biggest challenge when I did voice acting for the first time was portraying Arashi Narukami in Ensemble Stars. I didn’t know how to act through the mic because it’s so different from acting live and in-person.

APA: You play as Shoto Todoroki in the stage play of “My Hero Academia.” Please tell us what it’s like to play as him since he’s very stoic.

Kitamura: He’s definitely a character who doesn’t have a lot of facial expressions and who doesn’t express his emotions much, but he’s extremely strong. I was struggling to represent this character through stage acting, so I would have to feel and read the air during scenes. For example, when I was trying to judge the environment and adjust the stage with the other characters. I’d be moving when the other actors weren’t and vice versa to show the contrast and the gap between him and the other characters.

APA: Similar to how you’ve met and spoken with Nobuhiko Okamoto, have you met with Yuki Kaji and talked about Todoroki?

Kitamura: We’ve actually met before during our work on the Ensemble Stars anime and game. And we’ve hung out here and there during and after voice acting sessions, but we’ve never talked about Todoroki.

APA: Lastly, what would you like to say to your fans in America?

Kitamura: First of all, thank you so much for coming to Anime Expo. I don’t have a lot of chances to come out here, so I want to have fun and I want you all to have fun here too. I’ll definitely do my best to come back here, so please wait for me. Thank you, thank you.