Japan House LA screened classic beloved anime, Astro Boy, along with a panel discussion spotlighting Osamu Tezuka’s son, Macoto Tezuka. The event was sponsored by the American Japan Society and several Japanese companies, such as Yakult, Glica, Sapporo, and more to honor the screening of The Birth of Astro Boy. Originally making its U.S. debut in 1963, Astro Boy is often remembered as the world’s first modern anime and as an incredible influence on famous stories around the world today. The story inspired Naoki Urasawa’s Pluto, which was co-created by Macoto Tezuka himself and under the supervision of Tezuka Productions. Hosted by American animation expert, Charles Solomon, the panel consisted of personal anecdotes from Macoto growing up watching his father work on titles such as Astro Boy, Black Jack, Phoenix, and Kimba.

Live coverage of the panel can be found on this Twitter thread. The transcript can be found below. Among those in the audience were none other than the creator of The Dragon Prince and Pluto fan, Giancarlo Volpe. 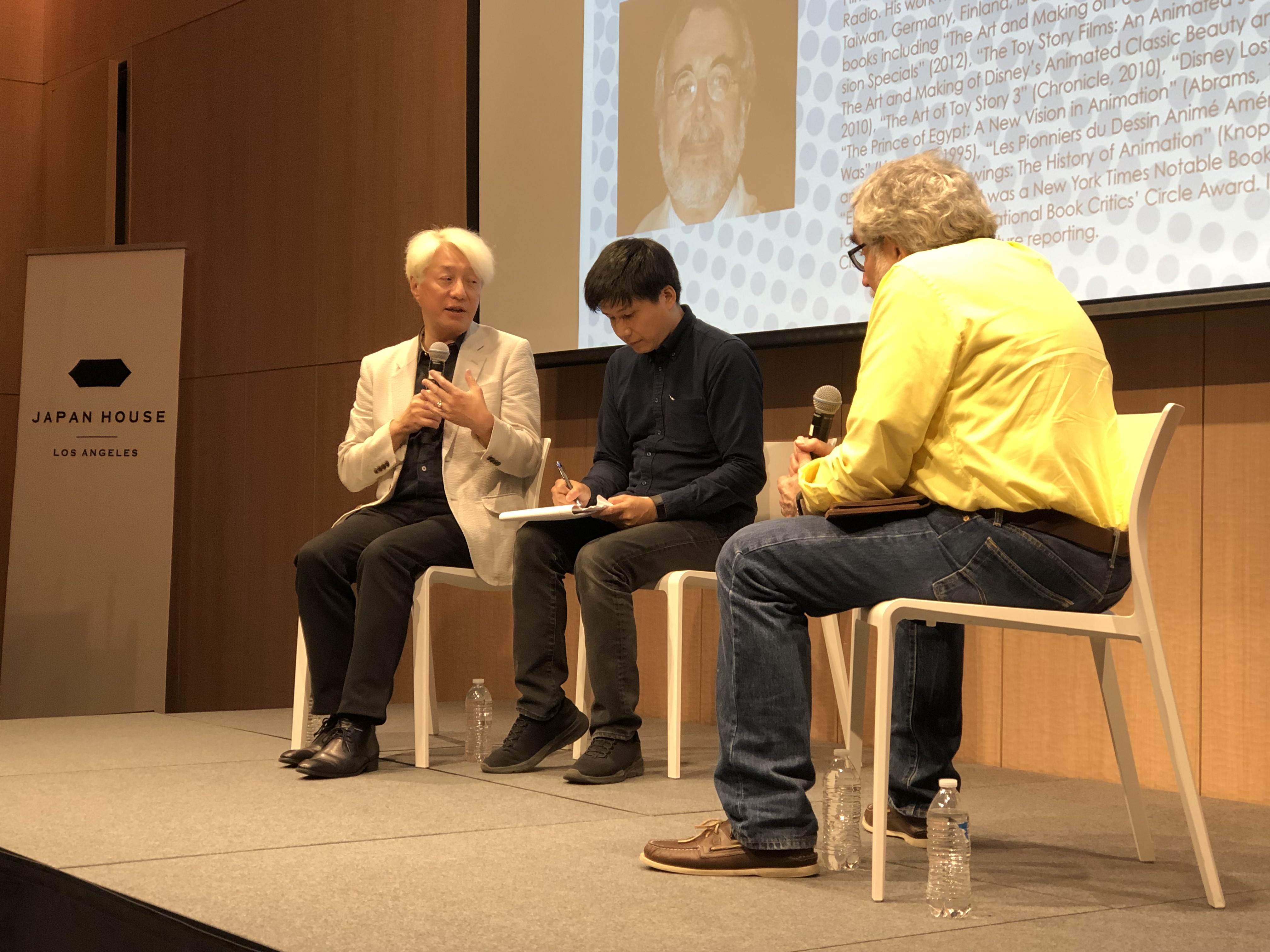 Tezuka: The first time I came to LA was 42 years ago and we watched Star Wars Episode 4 together with my father. I was two years old when the Astro Boy episode was made. Astro Boy is 10 years older than me, so I do consider him an older brother.

Solomon: Did you spend much time with your father when he was working on those projects?

Tezuka: He would only sleep three hours a day and he’d do this for 365 days a year. The time I could spend with him was short.

Solomon: People say that the eyes look Caucasian, but he said that he was influenced by old Disney and Warner Brother films?

Tezuka: Osamu saw those animations and fell in love with it. My father loved manga as a little kid, but during the war, Japan made its own animations. China was creating animation and was influenced by that too. Osamu Tezuka was very influenced by Snow White and Bambi and incorporated those big eyes. He started drawing more manga and became the most well known mangaka in Japan. One day he created Astro Boy. There was a big studio called Toei that was looking for people at the time, and Osamu was interested in it. After Toei, he made his own studio. This was the first TV animation that was broadcasted in Japan. With this success, a lot of companies began to create animations. 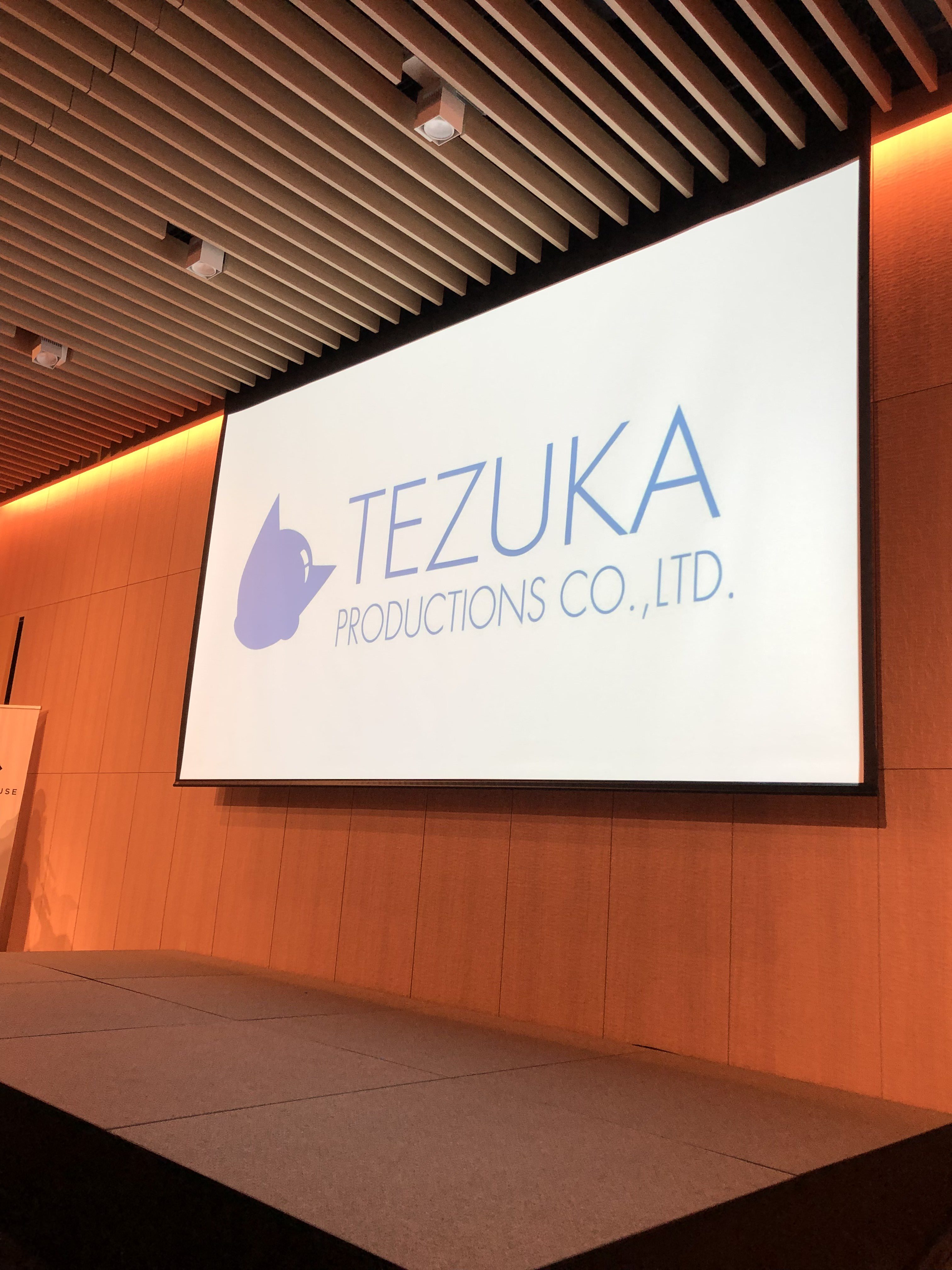 Solomon: Not a lot of people know, but Osamu was a medical doctor.

Tezuka: He was a doctor and was interested in bugs and living things. As he would put it in his manga, kids would be educated from reading his stories. There’s a lot of gray in his stories like how Astro Boy saves both the good and bad guys. Osamu also was highly influential and mentored many people. For example, Tomino Yoshiyuki was also part of Mushi Production as well.  Toei Animation would then create other animated work and would later grow great artists like Hayao Miyazaki and Isao Takahata of Studio Ghibli.

Solomon: Astro Boy was created on a small budget, wasn’t it?

Tezuka: Since he couldn’t do a Disney level animation, and because this was for TV, he knew his budget limitation. In the episode when things are stopped or not fully animated, those are some of the creative ways to fit within the budget. I have no idea what would’ve happened if he had a big budget. He’s a manga person, so he didn’t have that much time to commit to his films even when he had a bigger budget. He was never satisfied even with the feature films that were completed.

Solomon: Do you remember when your father would draw?

Tezuka: Osamu was incredibly fast, but after he would draw he would keep redrawing and then throw away the paper. When he finishes a manga, he would have spent a lot of time and paper. He would be making seven mangas per month. There would be times when he’d work on them in tandem. When he worked on Astro Boy, Phoenix, and Black Jack, he would put them in three different stacks and draw all three at once.

Tezuka: Yes, in the 1960s he met him and asked Disney if he saw Astro Boy. He did and told my father he wanted to collaborate. And soon after is when Star Wars came out.

Solomon: How has your father’s work influenced your own?

Tezuka: I’m more influenced by American live action movies. But from time to time, I direct animations as well such as Black Jack. I really try to channel my father when dealing with animated titles.

Solomon: What would Osamu Tezuka think about digital animation now that you can keep making changes without paper?

Tezuka: Even if he used a computer, he’d make endless revisions. The reason why Stanley Kubrick wrote a letter to Osamu was because he saw Astro Boy. 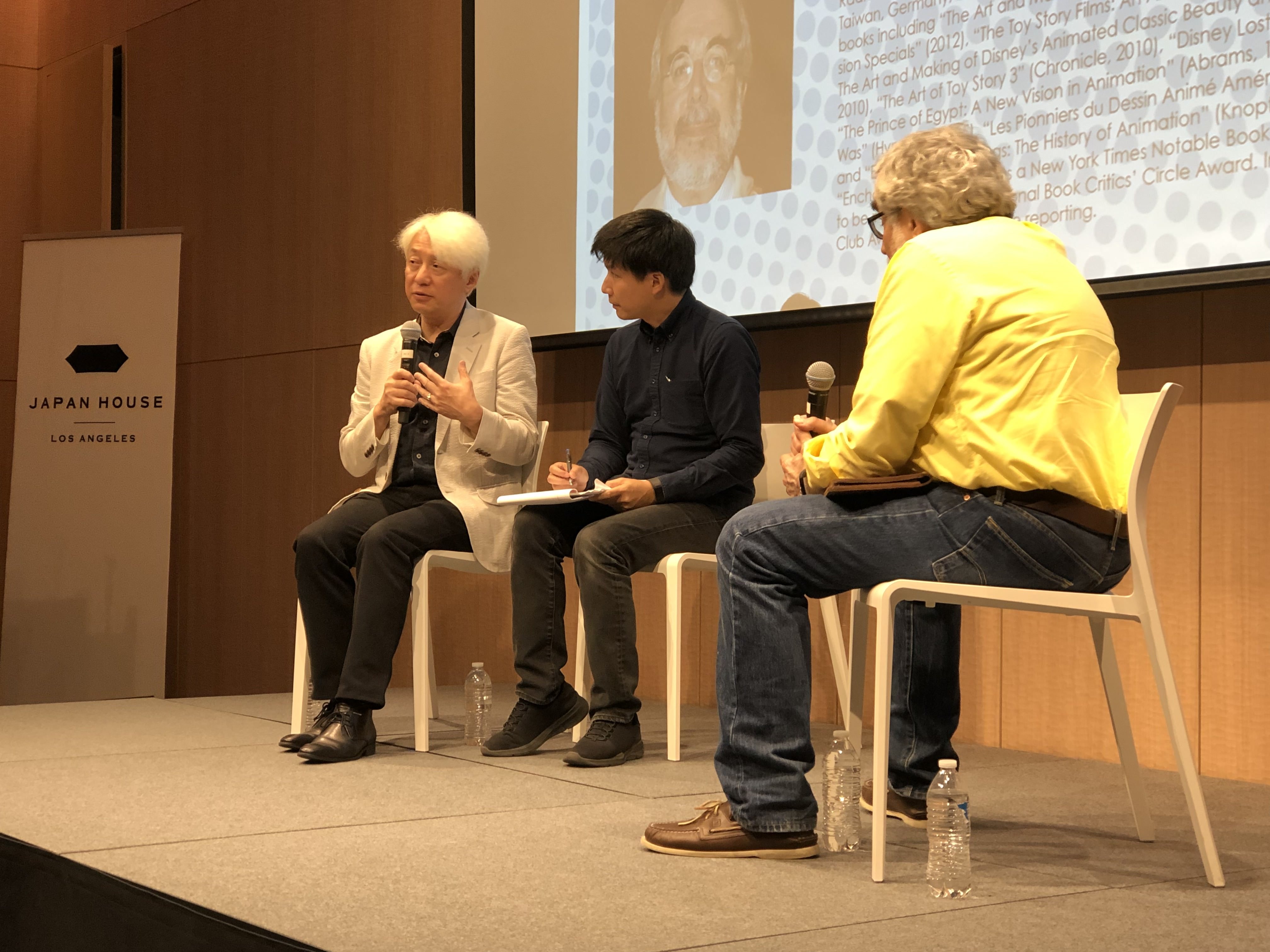 Volpe: What was it like working with Naoki Urasawa and Pluto?

Tezuka: Pluto was the first manga outside of Osamu’s that we worked on, so we thought hard about it. When that project came in, I was thinking if it should be allowed. My father’s work is like Shakespeare, which other people worked on too. I thought we should do the same. When Urasawa brought it to me, it originally looked like Osamu’s, so I told him to change it and make it his own. I think that’s why it succeeded.