Kevin Woo, formerly of U-KISS, and James Lee, formerly of Royal Pirates, will perform two intimate shows in Los Angeles and Berkeley in late August. Coming along with them is American rock band FYKE. With all performers known to be good friends, what kind of special collaboration stages do you think they’ll put on?

Want to find out for yourself? We’re giving away four pairs of P2 tickets, two for the Los Angeles show and the other two for Berkeley! We will pick four winners and each winner will win one pair of P2 tickets to the city of their choice.

To enter this giveaway, follow these two simple steps:

The giveaway closes at 5:00 PM PT on August 21, 2019 and the winners will be announced shortly after. Winners can pick up their tickets at the venue’s box office. Good luck!

Show dates, venue and ticket links can be viewed below: 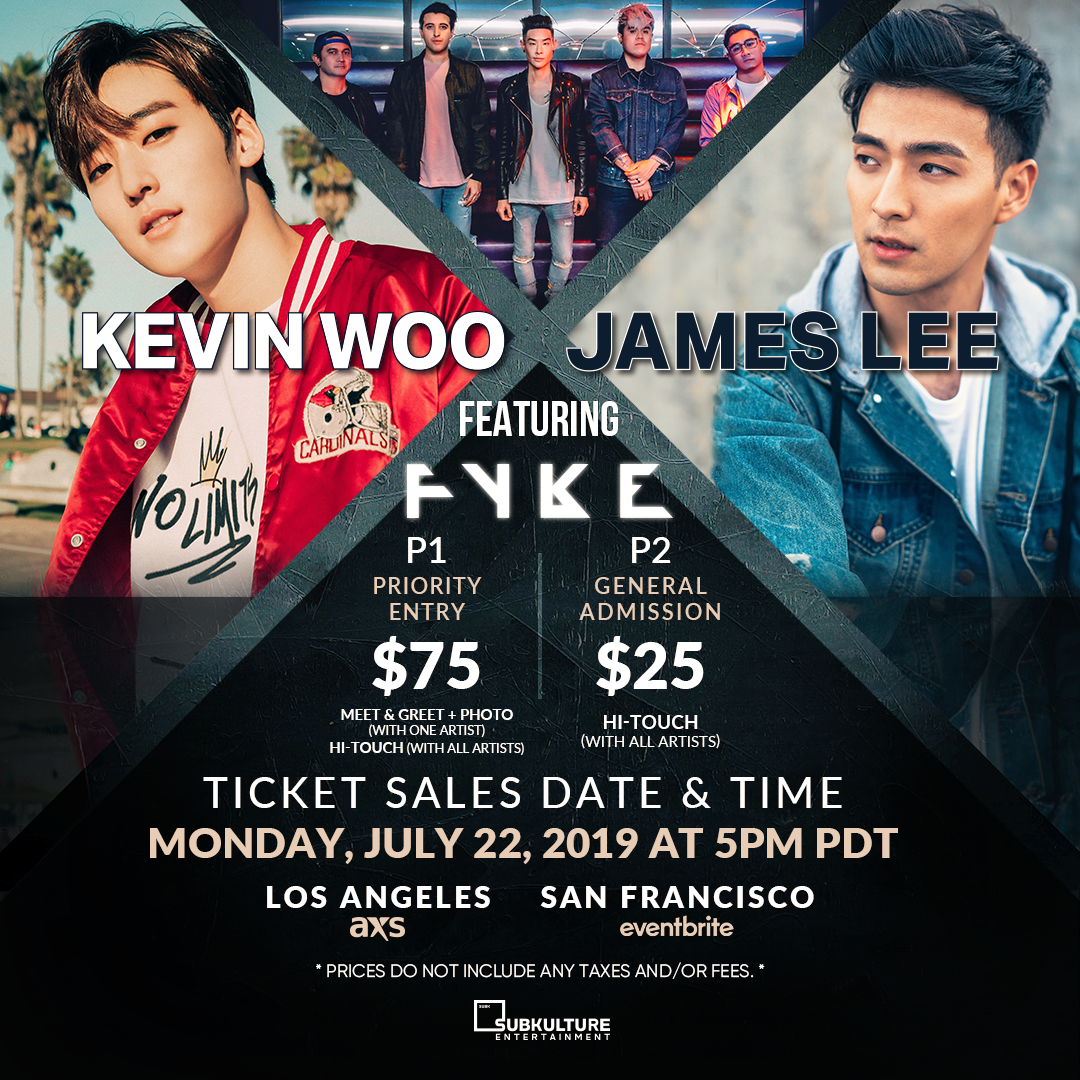