Director Kotaro Uchikoshi makes his return to Anime Expo 2019 along with character designer Yusuke Kozaki to promote AI: The Somnium Files. Following our interview with Uchikoshi last year, both creatives had a lot to tell us about their newest game coming out on September 19. Last time I spoke with Kozaki was at Japan Expo 2013, and it’s been a solid six years since he’s been at a California convention. During their busy schedule at Anime Expo, we sat down with the pair to learn more about their process for developing this game.

APA: Mr. Uchikoshi, I wanted to talk about A-set. The footage from the leaked videos hint that it’s possible that the current A-set is a fake and the real Iris has been kidnapped somewhere. Why did you decide to drop those videos like that?

Uchikoshi: Those were all Dave’s ideas, who’s not here in this room right now. Initially, we didn’t plan for her to have a YouTube channel or to make her a virtual YouTuber. Since she does these things in the story, we thought it’d be interesting if she did them in the real world. If she were just doing normal YouTuber things, it wouldn’t really be interesting for anybody. So, we wanted to bring out her cuteness by having her do various things while implementing impactful things from the games to mix things up and bring out her character.

APA: This game is about going into a person’s dream and solving puzzles. Since Aiba is an AI, will we get to see her dream?

Uchikoshi: You will not be entering her dreams because she’s not human.

APA: Please tell us about Aiba’s character design when she takes on her human form.

APA: Since we last spoke in 2018, AI: The Somnium Files has had a lot more development and character reveals. Date himself has changed a lot as well since I last saw him in someone’s dream during the teaser trailer. Why does he have this gloomy air around him? The other main characters for the Zero Escape series were more energetic and “main character”-like.

Uchikoshi: I hesitate to say this since it’s a minor spoiler. He’s got a gap in his character, so he’s not entirely as gloomy as he seems. I can’t wait to see what people think of him when they play the game.

APA: In any case, Date has this air of mystery around him as he dons black clothing and sports long hair. How did you and Mr. Kozaki develop this look?

Kozaki: Unfortunately, you’ll need to play the game to find out that answer. It’s a bit of a spoiler.

APA: What is the major theme of this game? What lessons should players be taking away from it?

Uchikoshi: Loss of possessions is one of the themes of the game. Not just from Date’s perspective, but you’ll see this as a reoccurring theme with the other characters as well. Look forward to it.

Uchikoshi & Kozaki: We’re excited for fans to play this game. Please let us know what you think of it. 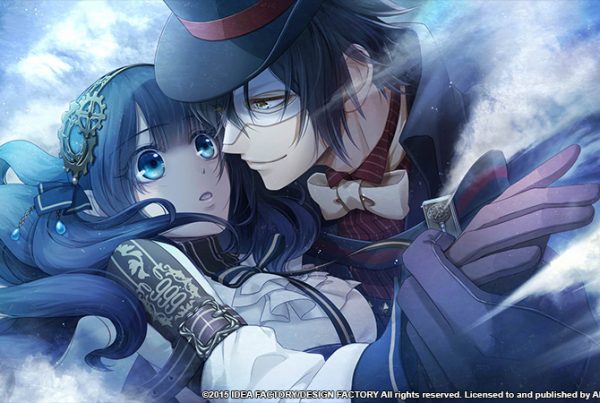