EDM sensation Porter Robinson held his first ever music festival, “Second Sky Festival,” in the San Francisco Bay Area on June 15th and 16th. Anyone who tried to get tickets would know the event sold out within a matter of minutes, and even after a second day was added, the additional Sunday tickets sold out just as fast. Luckily, Porter and his festival will be returning next year, pending details.

Throughout the entire weekend, Second Sky was trending on Reddit, Twitter, and Twitch where everyone who couldn’t attend could also enjoy the sets. Immersive, intimate, and innovative are only a few adjectives to describe the experience at Second Sky. Music isn’t the only thing that makes up a festival; as an artist in every sense of the word, Porter knows his audience wants to be absorbed in the moment. Despite the location, not only did the Second Sky feel as expansive as San Francisco’s Outside Lands due to the festival design, but the flow and cohesion between sets transformed Middle Harbor Shoreline Park into a fantasy land.

By flashing fan art submissions on the screen in between sets and spreading small Easter eggs throughout the park, Porter created a unique and interactive experience at his first-year festival. At the merchandise booth, there were a set of four postcards featuring Shoreline Park decorated with pixelated cherry blossoms, reminiscent of “Shelter” art.

Remember what I said about Porter being a multi-faceted artist? For eagle-eyed attendees, there were two mailboxes where you could drop those postcards off in bright red mailboxes nearby the merchandise booth. No need to pay postage as the Second Sky team had that covered. The American mailbox was for immediate delivery, while the Japanese mailbox was for the year after. As an anime and manga fan, Porter was possibly inspired by Studio Ghibli with the old style Japanese mailbox and the floral detailing at the feet. 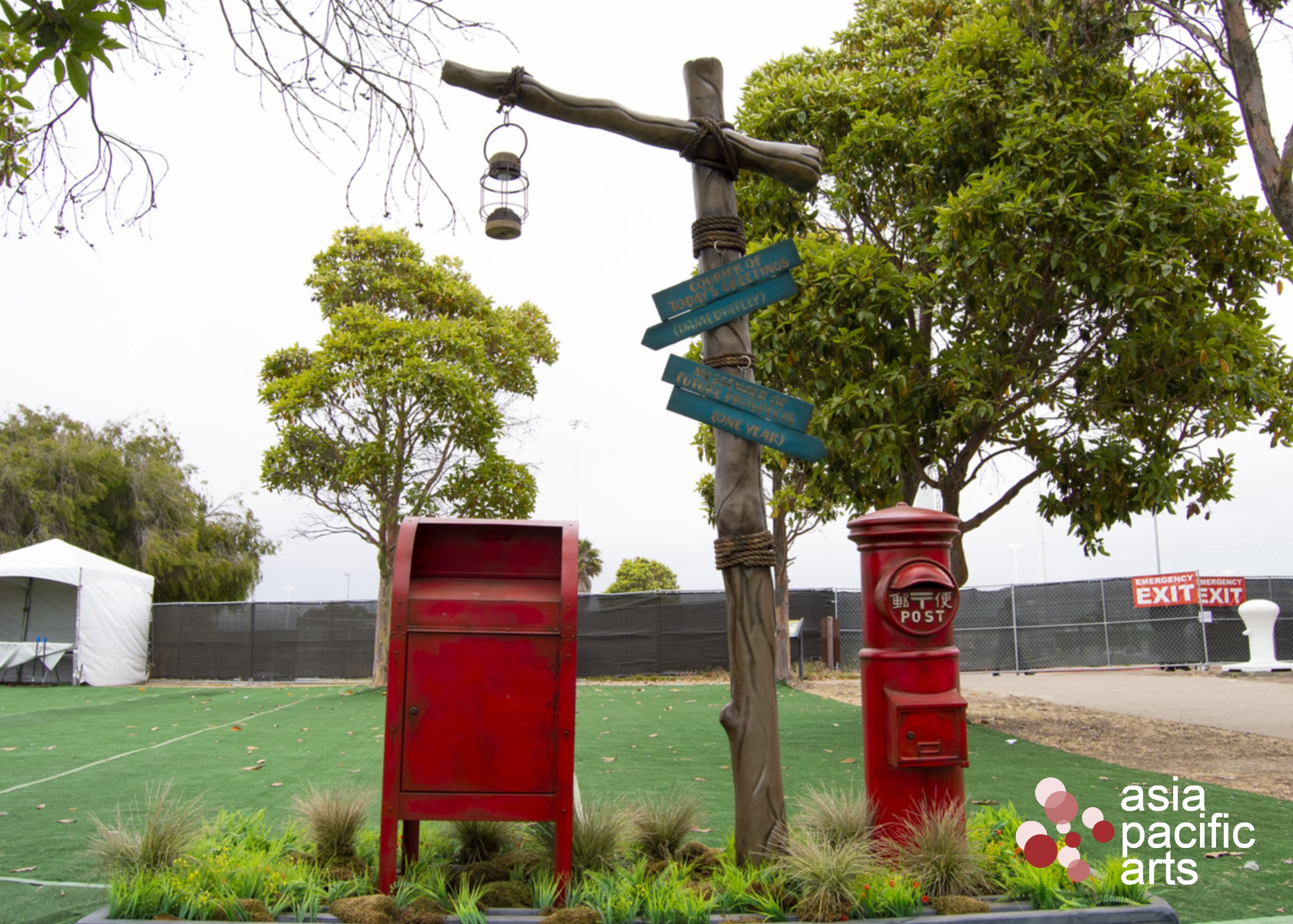 No one should be surprised by Second Sky’s participating artists, as Porter has always been a strong advocate and hypeman of people he admires. This made the lineup feel diverse, yet aligned at the same time. Opening with his Virtual Self set, known to his fans as the DDR mix, the morning crowd shuffled along with the rapid fire BPM. Of course, as the host, you want to energize both the crowd, but also make your guest artists feel important and happy to be there. The move to start off with Virtual Self is incredible, smart, and humble: it functioned as a subtle hint to come early and enjoy all the artists. Encouraging attendees to come early and discover artists through your own set is a heartwarming gesture rarely seen. 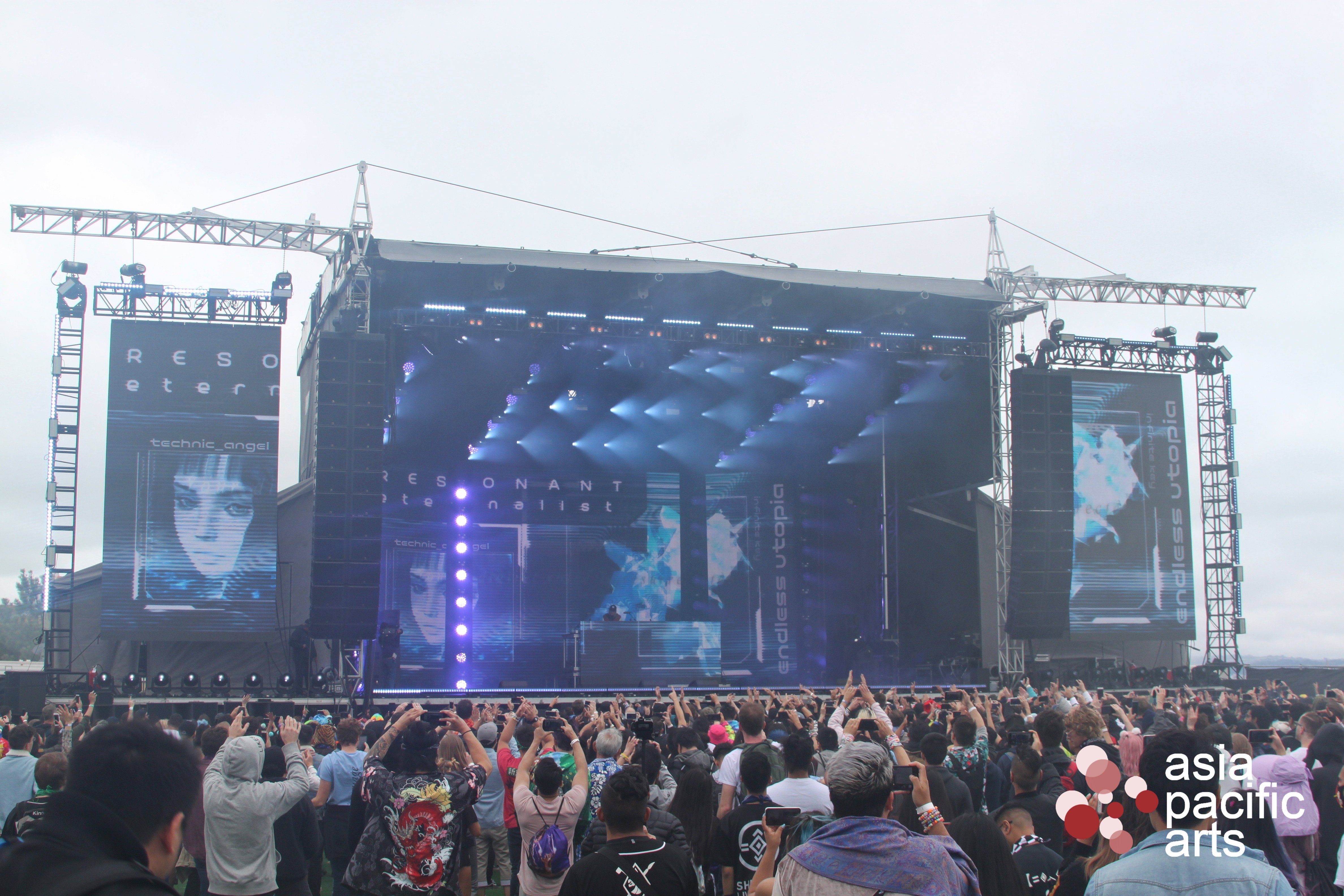 With a blend of chill and experimental music, acts such as Wednesday Campanella and Kero Kero Bonito eased the first half from hand waves to a familiar mosh as the day passed. Known for her extravagant crowd engagements, KOM_I gave the crowd a show as a black tarp swallowed her during several songs of her set. KOM_I’s wild child attitude set the tone as she climbed over the safety barrier to sing in the crowd, while holding an incredibly large balloon.  With wide eyes, the crowd gazed in shock at KOM_I’s eccentric performance, leading to a chorus of primal excited screams asking, “What was that?!” 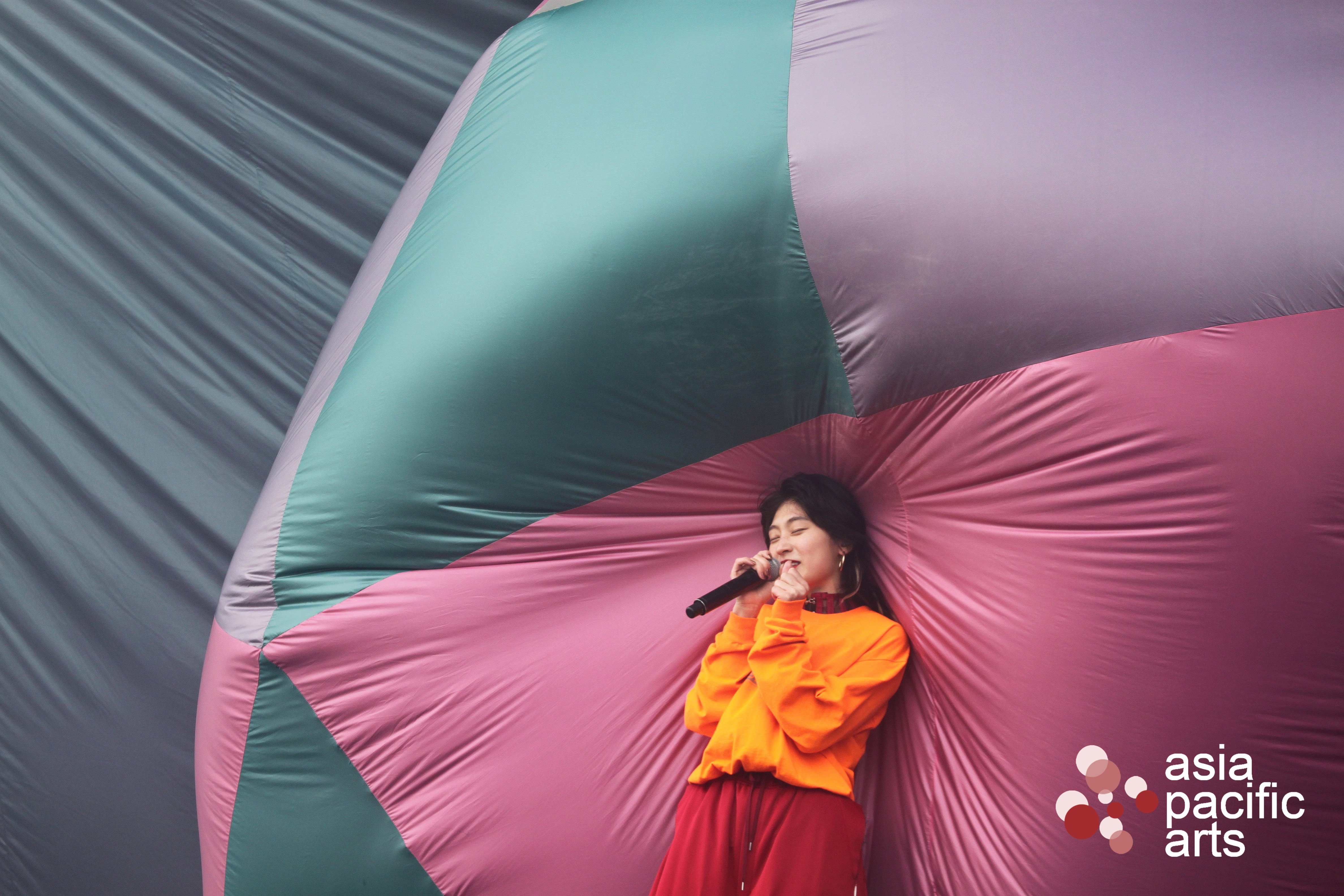 Wednesday Campanella is a tough act to follow, but Anamanaguchi wasn’t phased. The band’s famous mix of chiptune, taking sounds from 8-bit or 16-bit games, along with hard guitar pumped up the audience who hadn’t seen them since 2013. Shout-out to Ary for boldly revealing a Lawson’s employee shirt during the second half the performance. Sarah Bonito of Kero Kero Bonito jumped on stage during Anamanaguchi’s crowd pleaser, “Miku,” but unfortunately technical difficulties prevented anyone from hearing Sarah’s Japanese delivery of the most intense part of the song. 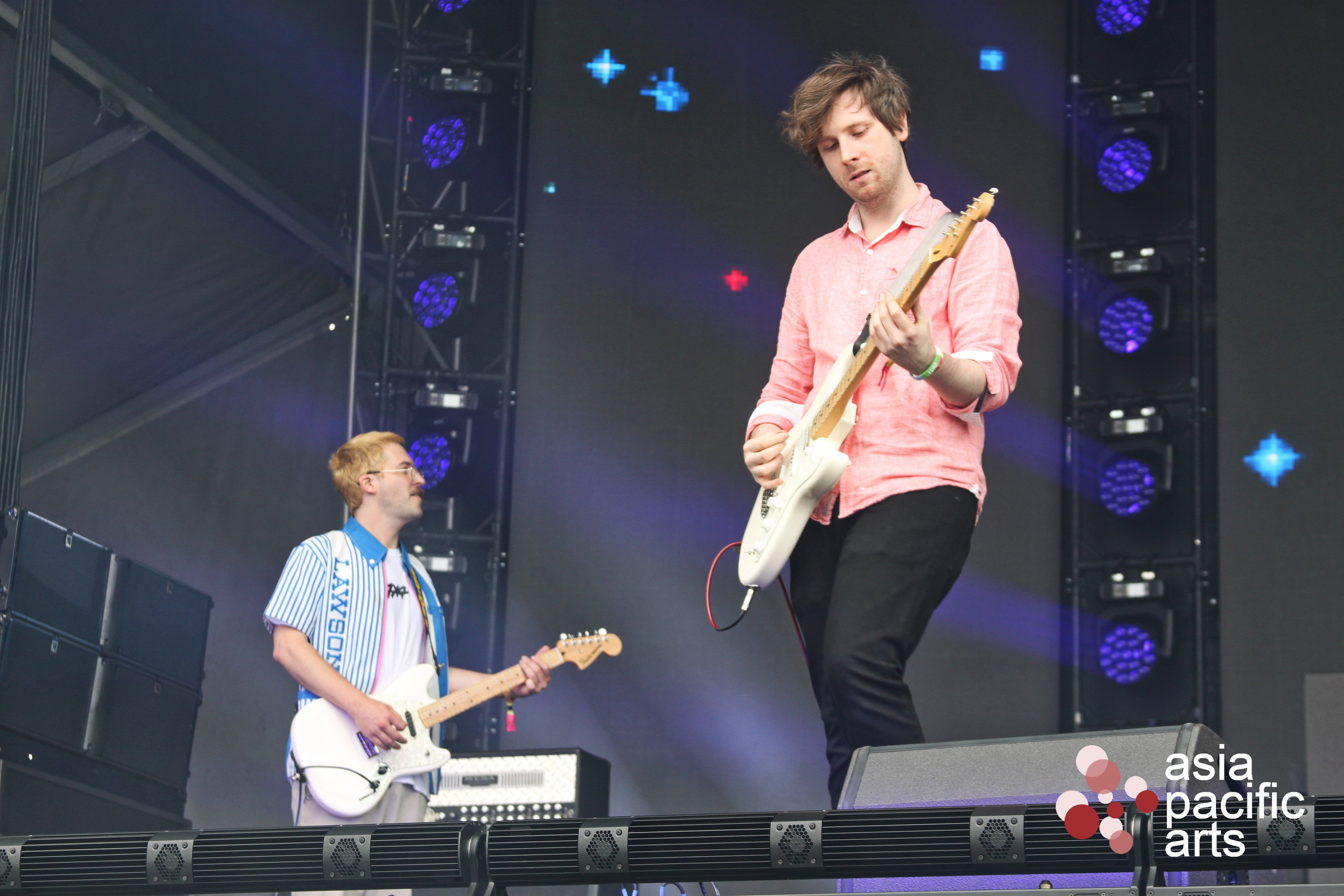 The British indie band Kero Kero Bonito added to the diverse music. Lead vocalist Sarah Bonito performed in both English and Japanese to celebrate her heritage and culture in the dance-rock medium. Their entire performance exemplified the expression and appreciation of Japanese pop culture at Second Sky. 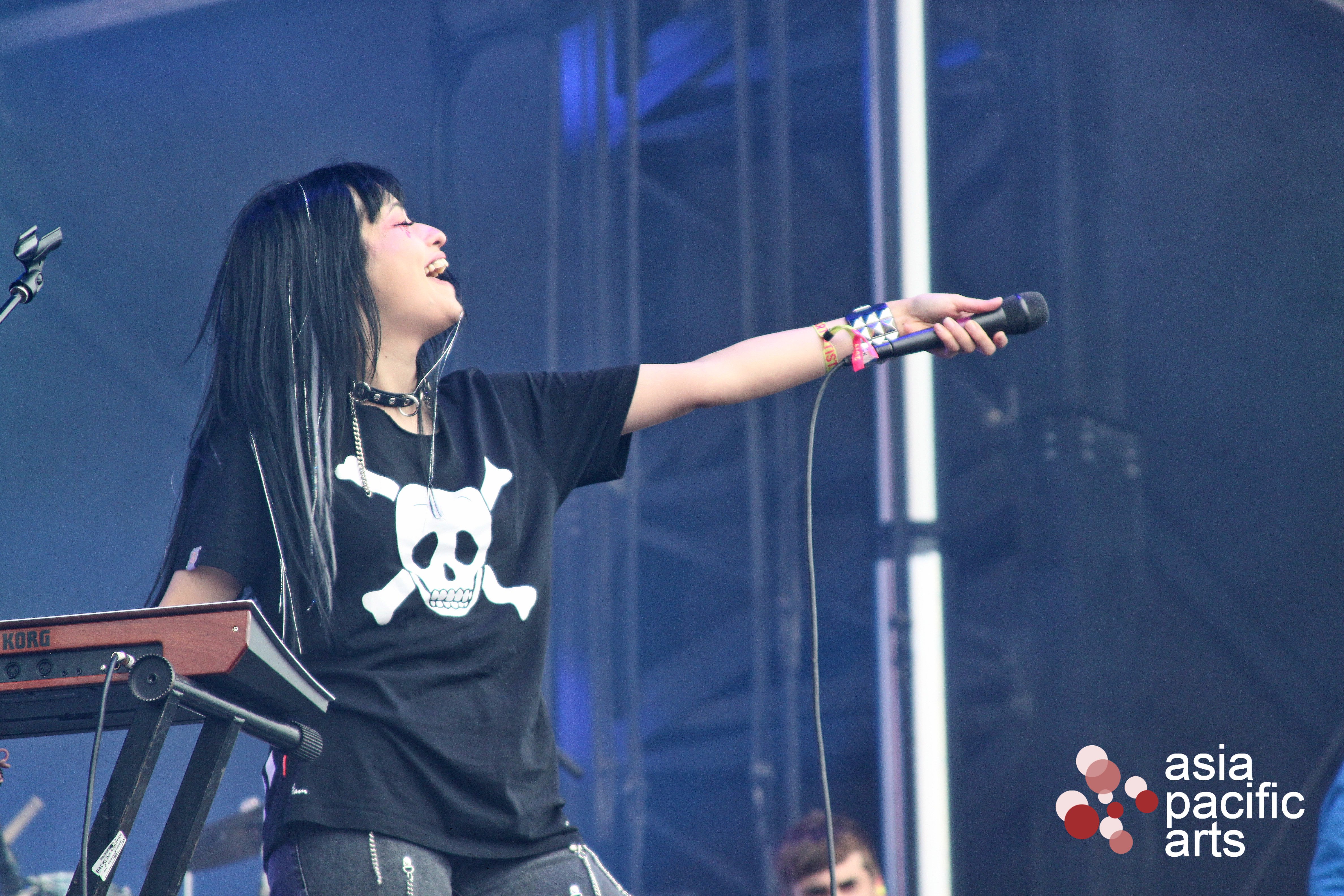 Madeon, the penultimate act of the night, appeared on stage, as the venue reached its maximum density with fans squishing closer to listen to his music. He teased the crowd with little snippets of “Shelter” during his DJ set, holding off as he continued to play favorites from other artists and special blends of his own. His set, “Good Faith,” turned out to be a teaser for his tour and upcoming album of the same name. Second Sky was officially the first time he performed his newest song, “All My Friends,” sending the audience into a frenzy. 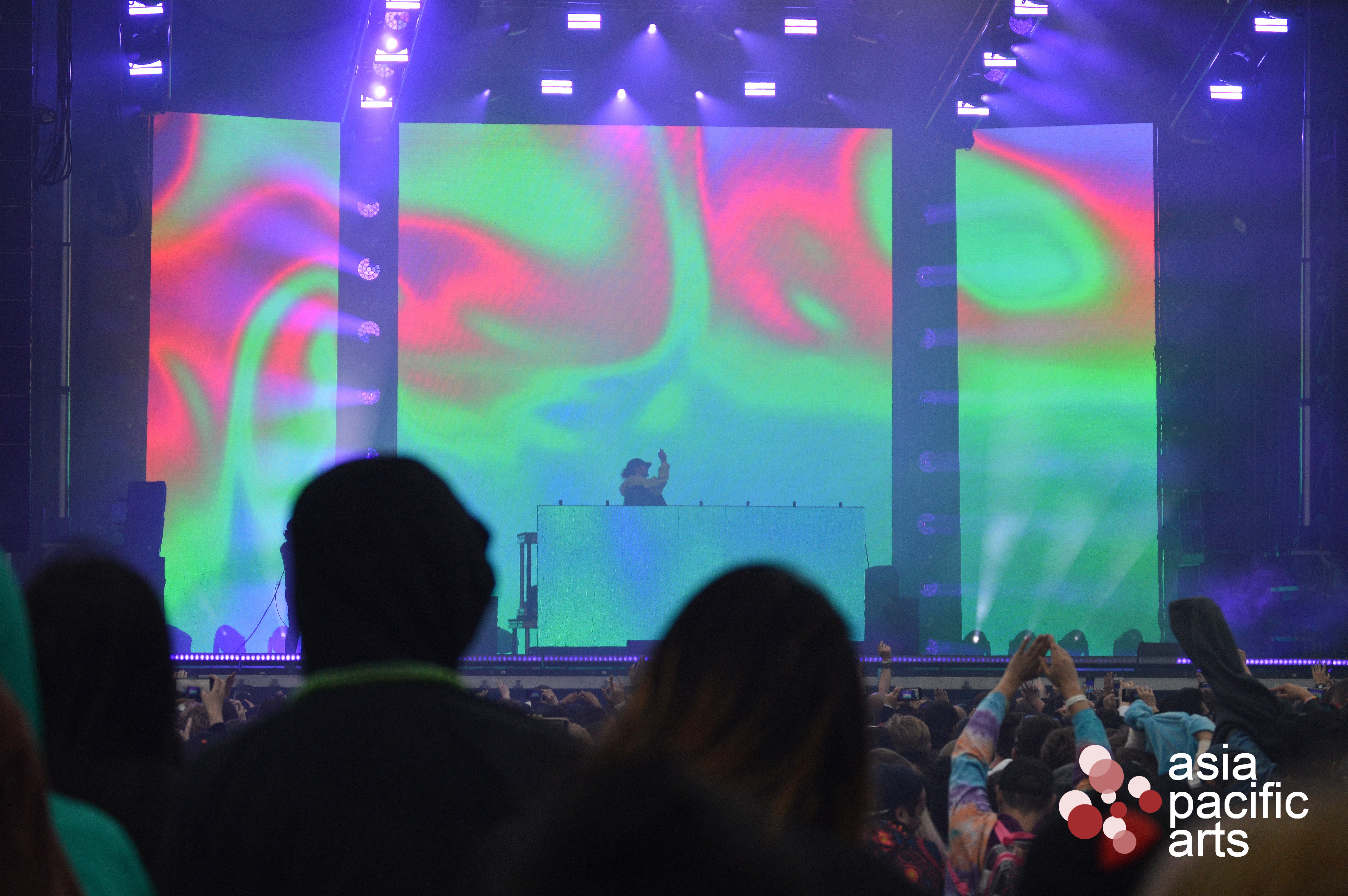 Last, but certainly not least, the man of the hour—Porter Robinson—rose to the sky with his clear DJ table. The “Worlds Live” set was a bittersweet one, as this would be the only time Porter would be performing it this year. Fans on Twitch noted his confidence with singing live into the microphone, weightless and unafraid. Between songs, Porter spoke about the challenges of promoting “Worlds” because he felt misunderstood. This emotionally raw side of Porter expressed through “Sad Machine” and “Fellow Feeling” provided people with an escape. Animated original anime sequences played behind him throughout his “Worlds Live” set, welcoming fans into his world. 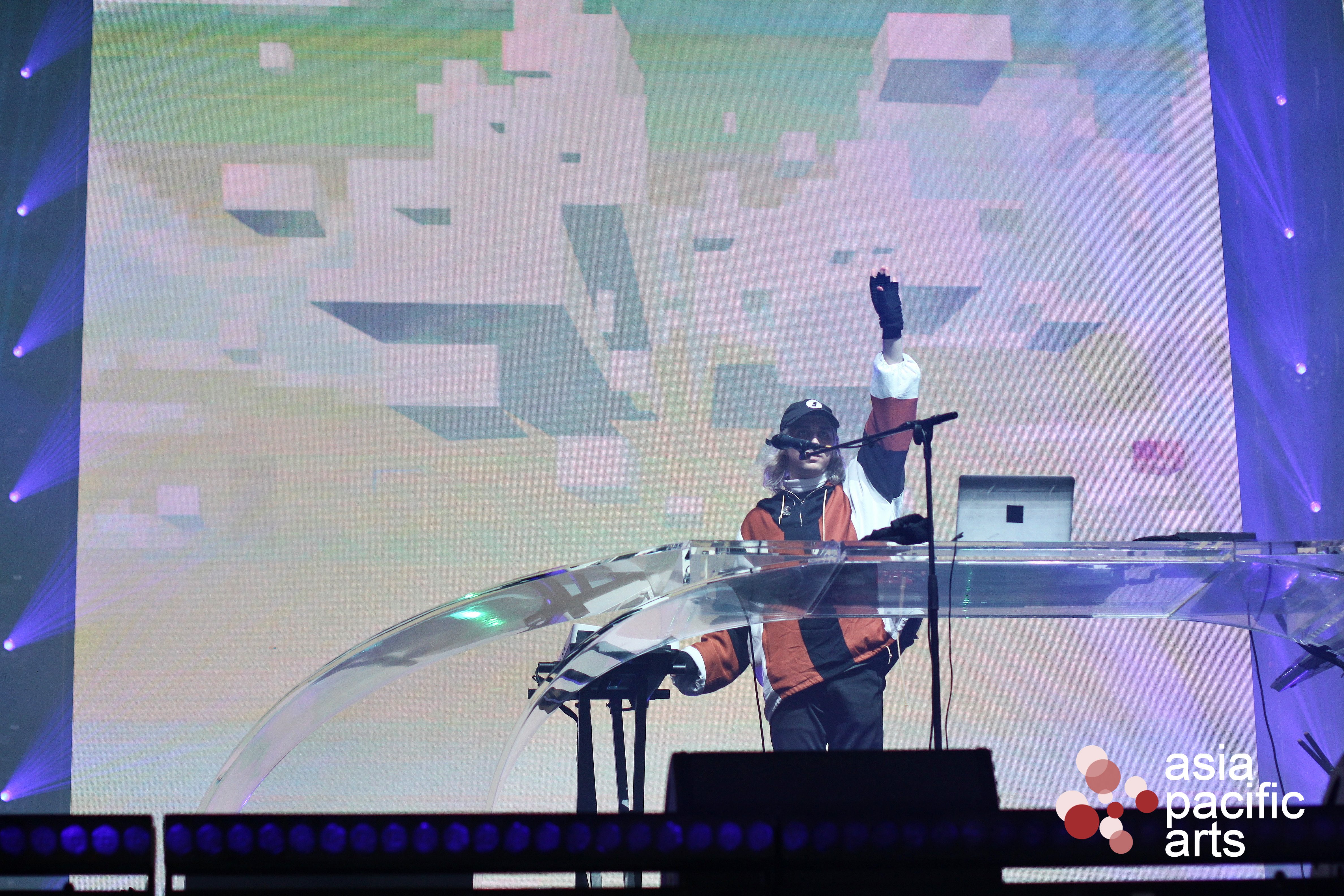 But it wouldn’t truly be a Porter set list without one of his biggest songs, “Shelter.” Madeon returned onstage to join his friend in a hug and an intense last song. Ending the night, fans swung arm in arm keeping each other warm from the cold ocean breeze as they walked en masse towards the exit.

Check out our photos below from Second Sky Festival!