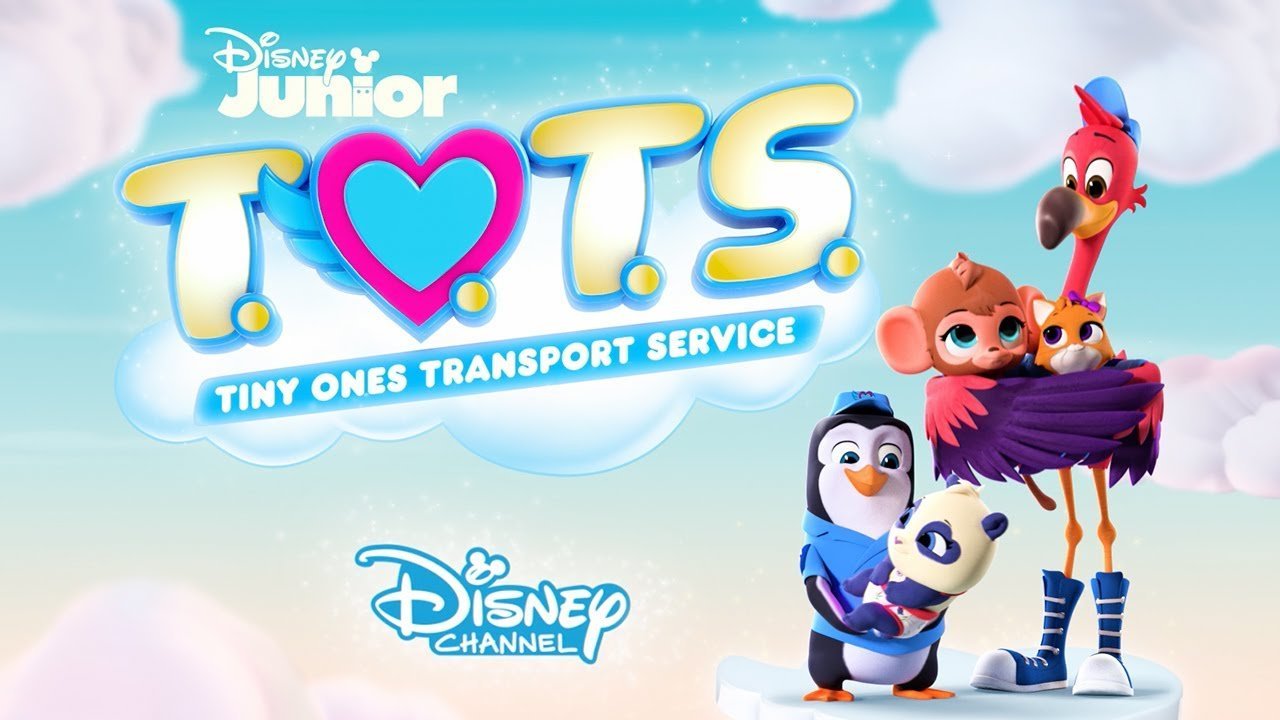 Longtime animation veteran Victor Cook unveils his latest project as executive producer of Disney Junior’s upcoming series, T.O.T.S. Tiny Ones Transport Service (T.O.T.S.) is a story that follows the comedic adventures of a penguin and flamingo duo, Pip and Freddy. Interestingly, they are the only non-storks who deliver babies at T.O.T.S. Ahead of the series debut, Disney Junior has already green-lit a second season.

Raised in an Air Force family, Cook is half-Korean and through his family’s work, he’s lived in several places, such as Texas, Florida, Japan and Okinawa. This changing environment empowered him with different perspectives. Cook’s two decade long career working in children’s TV includes titles such as The Spectacular Spider-Man, Scooby-Doo! Mystery Incorporated, and Stretch Armstrong and the Flex Fighters. He began his career at Disney TV Animation as a storyboard artist for the following series: Darkwing Duck, Aladdin, and Gargoyles.  APA spoke with Cook over the phone to discuss his history in animation and his own cultural influences on the T.O.T.S.

—
APA: What is your background in animation? How long have you worked in kids’ animation?

Cook: I’m currently the executive producer of Disney Jr.’s T.OT.S. I’ve been working in animation for over 30 years now. I started off as an in-betweener and an assistant animator. I’ve worked as a storyboard artist and a director and producer and executive producer. My first Disney job was as a storyboard artist on the Disney afternoon shows Tail Spin and Darkwing Duck. I also storyboarded on Aladdin and Gargoyles and many Disney DVD releases included The Return of Jafar which kind of started the whole Disney DVD line back in the day. Then, I got an opportunity to direct 101 Dalmatians the Series and had a great run directing and producing a lot of shows for Disney. I worked on Buzz Lightyear of Star Command, The Legend of Tarzan, Lilo and Stitch the Series, and Mickey Mouse Clubhouse, which was a preschool show. I left for a few years and was the producer and supervising director of The Spectacular Spiderman and the producer and supervising director for Scooby Doo: Mystery Inc. and the executive producer and supervising director of Hasbro and Netflix’s Stretch Armstrong and the Flex Fighters.

APA: You’ve had a very long career in animation starting from traditional animation. What is it like to go into a different style of animation, like CG, since you’ve mentioned that you were an in-betweener and have a long history at Disney?

Cook: This is my third CG project. Mickey Mouse Clubhouse was the first and also the first Disney Jr. show, but there are similarities and differences between traditional and CG. I’d say the storytelling and creativity that you have to put into a traditional show is the same as a CG show as far as your shots. One of the pluses of CG is that your characters always look on-model because it is a sculpted model in CG, so it will always stay consistent. Whereas in a 2D show, especially in a TV show where you’re dividing up animation between so many different people, there could be some slight variances in how the characters look depending on the artist.

APA: Can you tell me a bit more about the music since that seems to be central to the show?

Cook: Part of being an executive producer is that I spot all the music with our composer, Rob Cantor. We watch the episodes together after it’s come back animated and we look for places where to hit the emotion, where to get the comedy, and also finding those little tiny spots where we don’t want music, but we want something to really punch out without music. So I spot that with him. That’s for the score. Then every episode has a song. We have a delivery song in every other episode and then every other episode is an original song. When we have a song that’s not a delivery song, it tends to be something that is about the emotion, story or highlights in the episode. So the music is really important in pushing that forward.

Cook: I’ve been pretty fortunate to have worked in a variety of genres. Some of them are comedies, some of them are superheroes, some of them are a little older, little younger, little straighter, little sillier, so you learn to adjust depending on what you’re working on. The show where I had the biggest shift was when I worked on Mickey Mouse Clubhouse, which was about a decade ago, and again, that was Disney’s first preschool show. So, that was just doing something a little bit younger. When I was offered this show, that was in the back of my mind — that it would be like that. But what’s happened is that Disney Jr. has evolved in the last 10 years since Mickey Mouse Clubhouse. They are still very focused on their young audience and making sure that entertainment is just right and just perfect for them. But the storytelling has evolved so that anybody of any age can watch these shows and enjoy them. It hasn’t really been much of an adjustment for this show compared so some of the past shows I’ve worked on.

APA: I wanted to talk more about your background. You’ve lived in a lot of different places, but also your background as an Asian-American. How has the animation space changed since the past 10 to 20 years you’ve been in the industry?

Cook: I grew up an Air Force brat, so that’s the reason why I lived so many different places. My dad was in the Air Force and so before 11, I lived in Texas and Florida, and then from 11 to 17, we were in Okinawa on Kadena Air Force Base. Growing up in the States in the late 60s, I was such a fan of Hannah-Barbera, Disney movies and Marvel and DC comics. That was what I soaked up as a kid. And then when we went overseas to Okinawa, I was exposed to all the anime that was on and the manga. So it seemed like as I got older, my personal style was a blending of the two pop culture animation and comic styles, and I sort of applied that to my work. As far as how things have changed over the years, it’s been more of a technology change I would say. As far as how we make the show, it was more of an analogue and paper where the editing was physically cut and the audio was physically cut. Things are digital now. We used to draw on paper and now we draw on Cintiqs. So that’s the main change as far as how we do it. I’d say that more shows and more types of shows are being made now just because there’s so many more places to make them than when I got in.

APA: To go back to “T.O.T.S.” and the upcoming series launch, you’ve helped to promote this show on social media, which is another thing that’s changed in the past 10 to 20 years. What impact do you think it’ll have on kids and their parents? “T.O.T.S.” is telling a different kind of story compared to some of the other Disney titles that are currently out there. What do you think “T.O.T.S.” is about?

Cook: I think on the one hand, T.O.T.S., when you just watch it, is this fun, buddy comedy adventure where our characters go to different lands and different places all over the world, delivering different kinds of babies and bringing families together. On another level, what I hope kids get out of it… it is an anthropomorphic world. They’re animals, but they wear clothes and they walk and they talk and they’re sort of like human beings. Pip and Freddy are the first two non-storks to get a job delivering babies at T.O.T.S. It’s always been storks; Pip is a penguin and Freddy is a flamingo.

So, I hope what everyone’s going to get watching it is a sense of diversity, a sense of no matter what you look like, you can achieve your dream. That’s what resonated with me and what attracted me to come on the show, especially as an Asian-American growing up in America and coming into this business having a dream of becoming a cartoonist and an animator. I think that this show has a great message: it doesn’t matter what your background is, you can achieve your dreams. So there’s that on that level, and the other level is that it’s just funny. It’s about these two best friends, Pip and Freddy, teaming up and about cute babies. Kids are going to enjoy it, it’s written for them. But as I mentioned earlier, there’s a little bit of an all-ages feel to it, so parents are going to enjoy it just as much.

APA: Thank you for sharing that tidbit about diversity and the take-aways that kids would get from that. With human characters, it’s a little tricky, but with animals it’s a little easier because they can still relate to them even though they’re animals.

Cook: Yeah, it’s like an allegory when you do it this way, it’s not quite on the nose. My whole career in animation, on the one hand, is always about quality and making it fun and entertaining, but in everything I do, I want to show that we’re all part of this world and we all want to be seen. In shows where I did have humans in them, I always strived to make sure you see everyone represented in characters in the show. But with anthropomorphic shows, it’s more of an allegory and it’s not quite on the nose, but the message is still there as far as diversity.

APA: I can’t wait to share this series with some of my friends who are always hungry to show their kids something. I think “T.O.T.S.” is definitely going to be one of those things. I think they will appreciate it features a message of diversity in a digestible form for their kids.

Cook: It’s a diverse cast as well, we really have almost everyone represented. As far as Asian-Americans go, we have two. Everyone’s represented in the show and it’s a fun, well-rounded cast.

APA: We talked about what the kids can take away from the show, but what about their parents? Since they’re also going to be watching alongside their kids, you’re probably thinking not just about what the kids are seeing, but also what parents think as they’re watching.

Cook: I think parents are going to be relating to it too. They’re going to be relating to some of the issues that Pip and Freddy have to deal with when handling kids, you know? Every parent knows what it’s like to go on a trip with a child in the back seat or on a plane and the kid can’t sit still. So there will be things they can relate to when watching the show. The creator of the show, Travis Braun, had mentioned a couple weeks ago that one of the episodes was based on a story of me traveling with my kids. I had no idea I was going to be working on the show! That inspired them to write this whole episode about a kangaroo who could not sit still while being delivered to their family. And when I was working on that episode, they told me it was based off this thing I told them, so that was a surprise! It was awesome!

—
T.O.T.S. premieres June 14th on Disney Channel and DisneyNOW, and is produced by Titmouse in association with Disney Junior.

Exploring Modern Dating Through the Lens of “Zoetic” (Part 2) 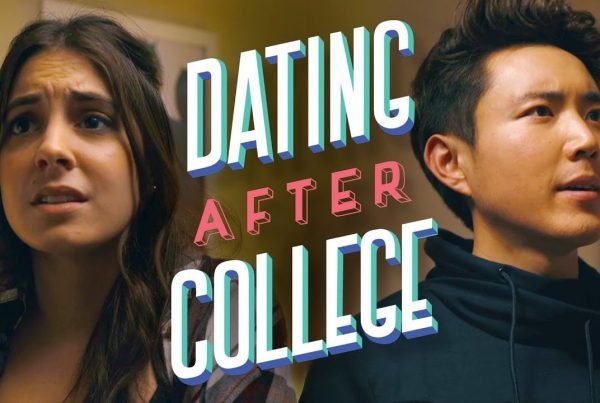