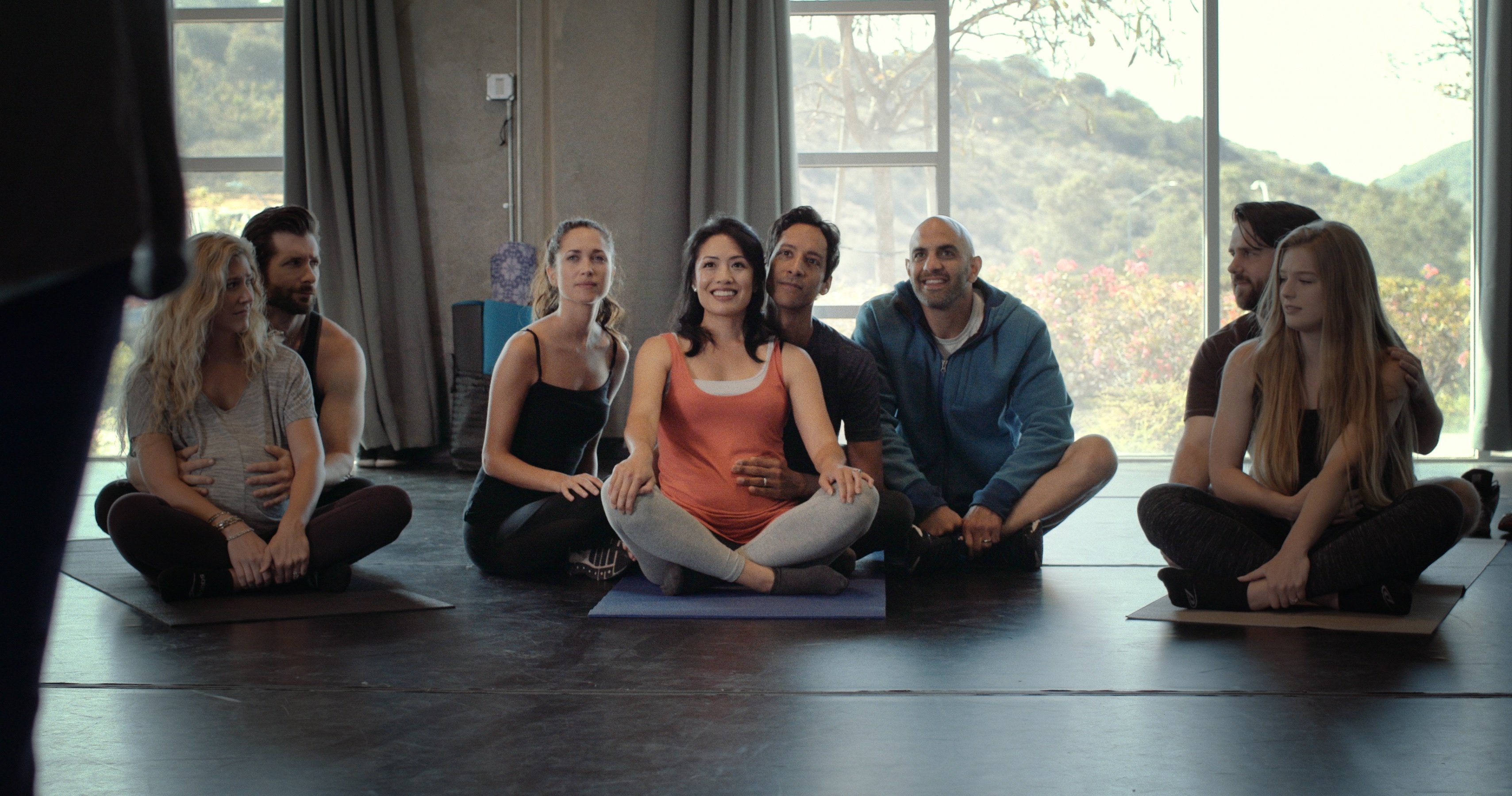 Having a baby is a big deal, especially for Jeff Panaris (Danny Pudi), who isn’t ready for fatherhood, and his wife Sarah (Emily Chang), who feels like time is running out for her. To paint the picture, Jeff’s apprehension is on full display as he dramatically treks cross a lawn of children playing or in his eyes, a battlefield of children attacking him, while Sarah enjoys a tea party with a little girl and her stuffed animals.

Later over dinner with their best friends, they learn the other couple is also at odds about having a baby. Together they come up with an idea–sharing one baby between both couples. From concerns about child care to maintaining a couple’s relationship, parents need all the help they can get, right? What could go wrong?

Parenthood is a rollercoaster and although both couples try to ease the ride, they inadvertently add a couple extra loops, resulting in moments of hilarity and awkwardness. Babysplitters follows both couples’ crazy journey which starts with a search for a cheaper alternative to assisted reproduction that quickly takes an awkward turn and shows just how complicated sharing a baby can get.

Aspiring fashion designer Sasha Li (Anna Akana) can’t find a job and she’s been living off her estranged father’s (Richard Ng) money–until he’s had enough. He gives her an ultimatum: come to China to work at his toy factory or get cut off. Going to China means more than just gaining work experience for Sasha, it’s facing her complicated family relationships with her father and her numerous half siblings.

Go Back to China shows that no family is without its own problems and sometimes it takes painful confrontations for people to come out of them understanding more about themselves and each other. Sasha’s family is nowhere near perfect and the trip doesn’t necessarily absolve anyone of their mistakes, but the family learns how to embrace each other despite their flaws. In a film that shows a bit more realism through its imperfect characters struggling to become a closer family, the convenient resolution to a major problem dents that effort. Through sharp cinematography and colorful shots, Go Back to China shows the growth of a young woman and the mending of a fractured family.