Hit enter to search or ESC to close
FeatureFeatured PostsFilm 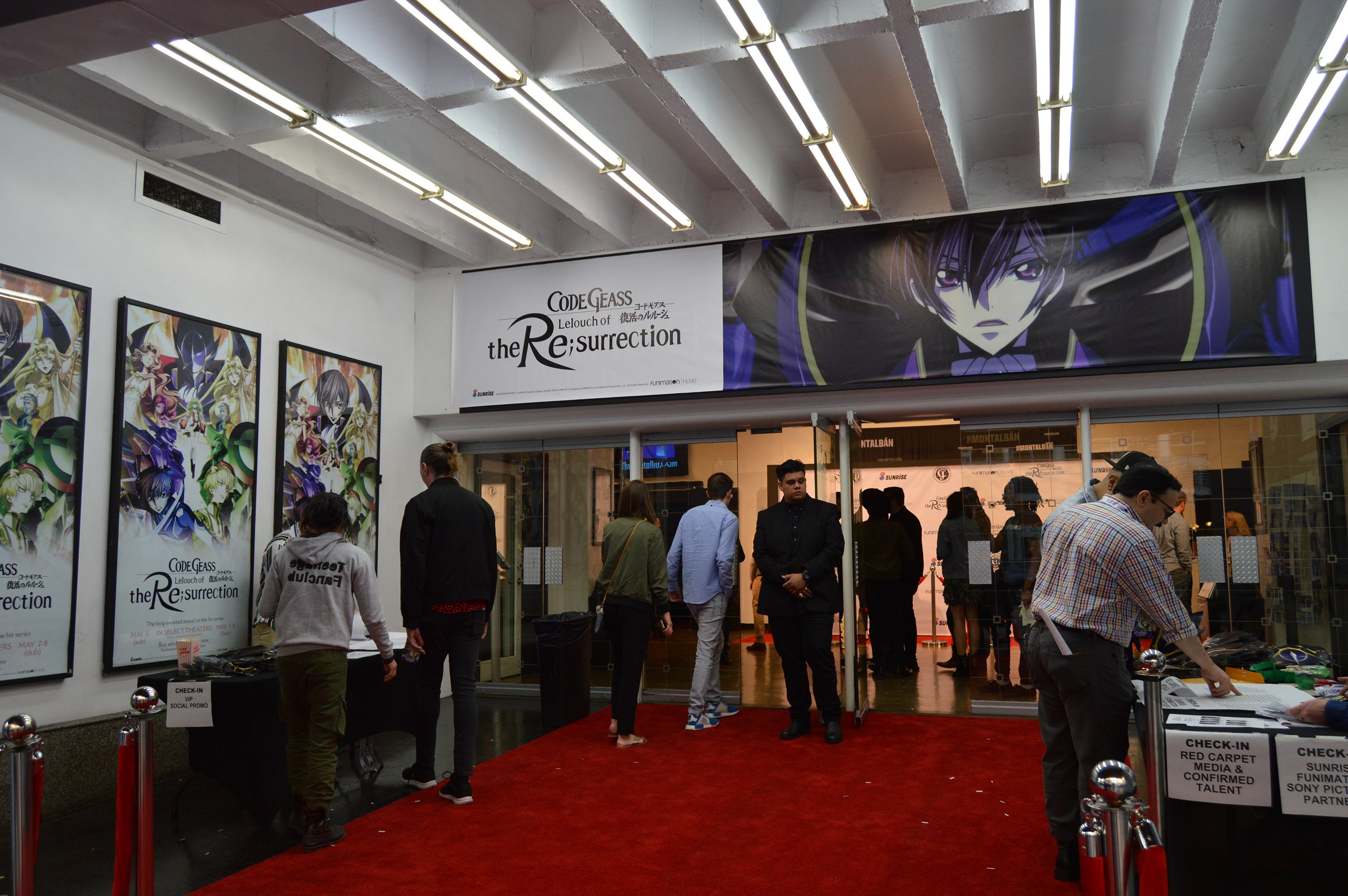 Sunrise anime Code Geass had its first major revival since the series made a grand appearance in 2006. Following its first season’s success, the second season launched in 2008 and ended with a shocking finale. Over the course of 10 years, the franchise has received three theatrical recap movies, several spin-offs, and now an all new movie to capture old and new fans alike! 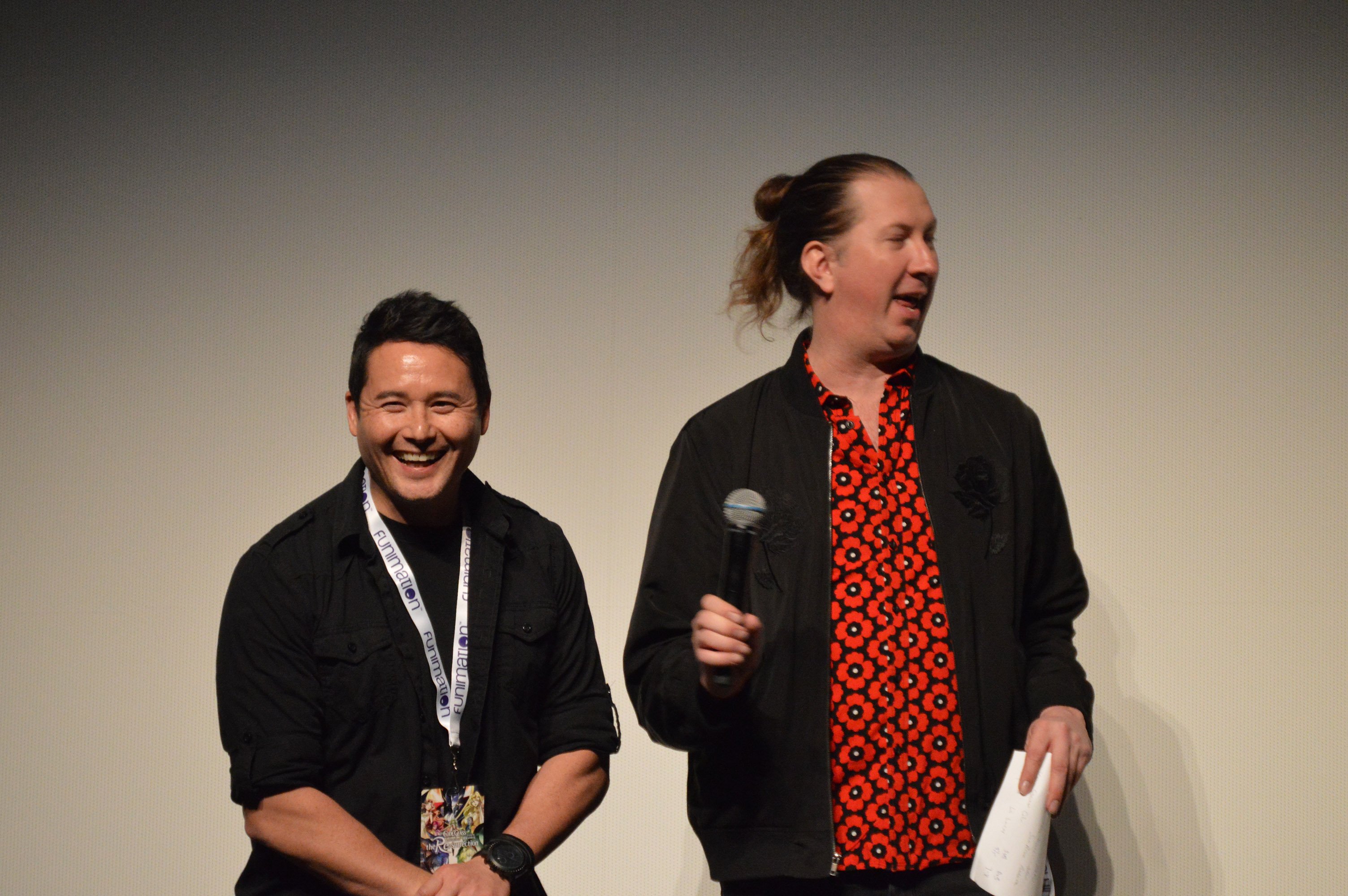 Funimation Films held the premiere of the English dub for Code Geass: Lelouch of the Re;surrection at The Montalbán Theatre in Hollywood on April 17th. Talent, influencers, and fans of all kinds gathered to see the beloved characters once more. Prior to the film, English voice actors Johnny Young Bosch (Lelouch) and Karen Strassman (Kallen) and producer Kojiro Taniguchi held a quick Q&A to hype the audience for the screening. Yuri Lowenthal, the English voice of Suzaku, was in attendance earlier in the day, but was not on stage for the audience Q&A. In the pre- and post-movie Q&A session, Mr. Taniguchi mentioned that “one particular scene” would be critical to the upcoming anime series set over the course of the next 10 years. 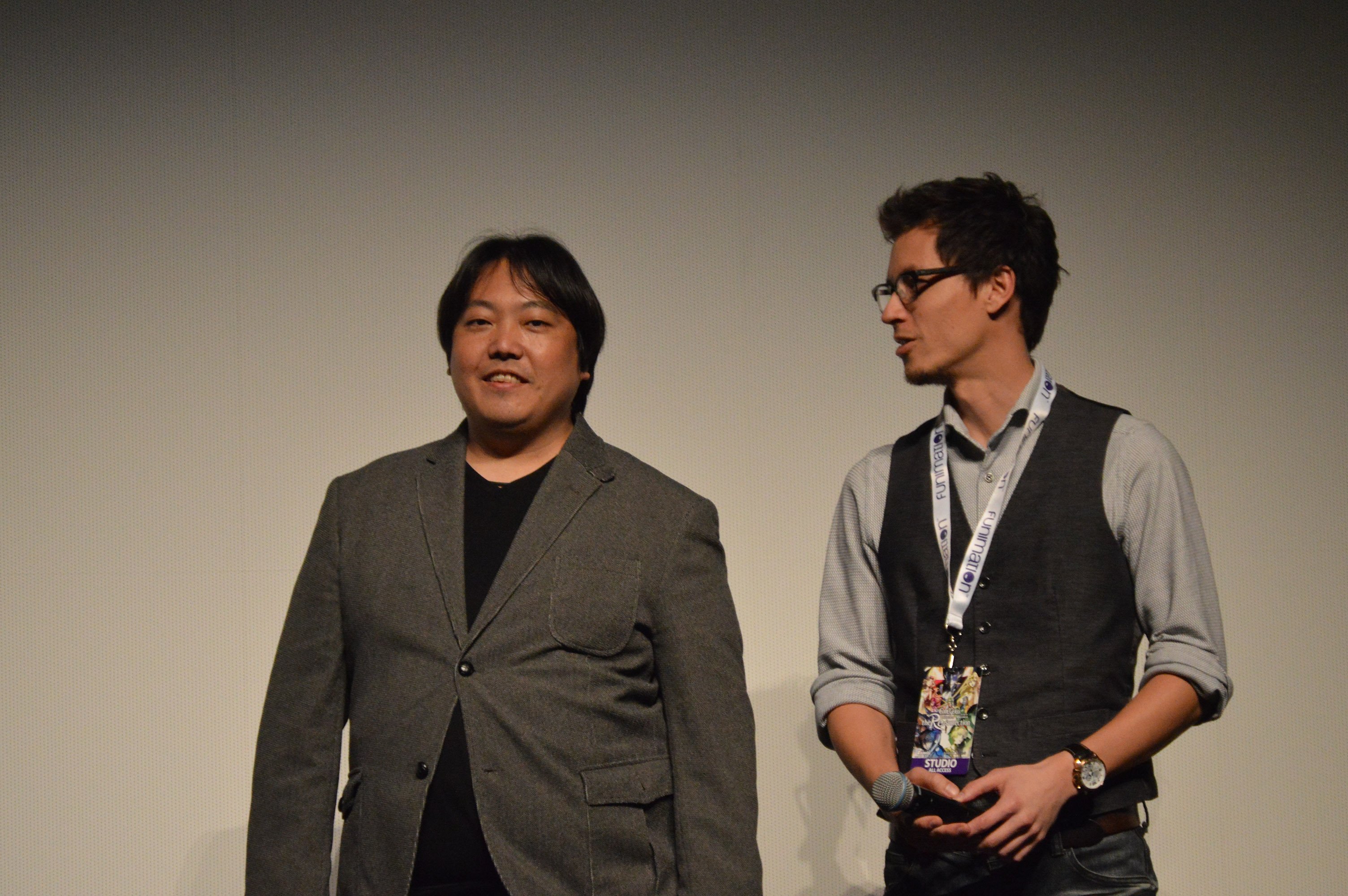 Despite the passage of time, the character designs and animation of Code Geass maintain its classic look. Without spoiling too much of the plot, Lelouch and Suzaku have a short reunion, but most of the other characters do not. New Nightmares also take flight during the intense battle scenes with the various members of the Zilkhstan Kingdom. For long-time fans of the series, don’t expect too much in terms of TV anime continuity. In fact, the current movie plot moves along the lines of the latest set of compilations that have come out. However, we do get a look into the post-war lives of familiar characters such as Jeremy, Anya, and Shirley. This may seem like a surprise, considering Shirley’s situation at the end of R2.

Only two years have passed in-universe since the end of Season Two, but several changes have been made in the series continuity. Although the creatives of R2 have gone on the record to say that Lelouch was/is dead, the movie and the larger franchise needed for him (and other Geass users) to come back into action. C.C. herself is seen traveling with the shell of Lelouch, as his soul is sitting in a hazy Geass purgatory, which ties back to the ending scene of her riding a cart at the end of R2. Several plotlines coalesce into one, which makes the first half incredibly chaotic to keep up with.

The film draws similarities to real world issues like countries such as the Zilkhstan Kingdom are left in the dark while other countries flourish in the age of post-Lelouch. While C.C. is hunting different locations to draw Lelouch’s soul back into his body, the Zilkhstan Kingdom is taking action to make itself known in the midst of the world’s political power struggle. Don’t expect Lelouch to get up and kicking until the latter half of the movie. He’s benched until the 60 minute mark, but there’s a lot of surrounding action and chaos (which you see again and again) to keep the audience engaged until the penultimate moment (because his revival is second to the major twist in the movie).

All in all, Code Geass: Lelouch of the Re;surrection is a visual feast  and a comedic script for even the harshest critic of English dubs. As an anime viewer who watches primarily Japanese audio with English subtitles, the English dub voices and script were impressive and had me laughing in my seat. Cursing can always be a hit-or- miss, yet Geass and all its campiness managed to sneak in an expletive that caught me off guard. The movie will be in US theaters on May 5 (English subtitle) and May 7-8 (English dub).