Famously known for his work on the background designs of Hoseki no Kuni and several Studio Ghibli films, Yohichi Nishikawa is one of the most revered artists among anime fans. On March 9, Gallery Nucleus hosted the artist’s first ever workshop in Los Angeles, with the venue fully packed of attendees looking to view his work in action. Additionally, the gallery hosted his solo exhibition which included never-before-seen pieces  and some were personal work of his trips around the world. After his painting session and book signing, APA met with Nishikawa to discuss his art and his experience working with various studios.

APA: How was the workshop?

Nishikawa: It was a lot of fun!

APA: What was it like having a workshop in America?

Nishikawa: In Japan, most of the guests are very quiet and don’t ask many questions. But here there were a lot of people who asked questions. It was a lot more interactive and a lot more fun.

APA: I heard you brought people onstage to help with your painting?

Nishikawa: I wanted to also have a demonstration. So rather than just watching, I just had some students come up to see how difficult it actually is. It’s not as easy as it seems.

APA: You’ve worked on a number of different movies such as “The Secret World of Arrietty” and “The Wind Rises” as a background designer. What’s the process of starting the painting since most of the time, these stories don’t have an original, preset background?

Nishikawa: At Studio Ghibli, most of it is done in Miyazaki’s brain, so it’s up to him. In other studios, we have meetings with each other. Most of the story for the film is created through storyboarding.

APA: For manga like “Houseki no Kuni” which doesn’t have a lot of backgrounds, how do you work with the director to create these backgrounds?

Nishikawa: In order to compensate for not having a lot of background in the manga, we added a lot more colors to make it more lively. The director wanted to use a lot more colors as well since the anime was about gemstones. The vision was the same for both of us, so the work went a lot more smoothly. 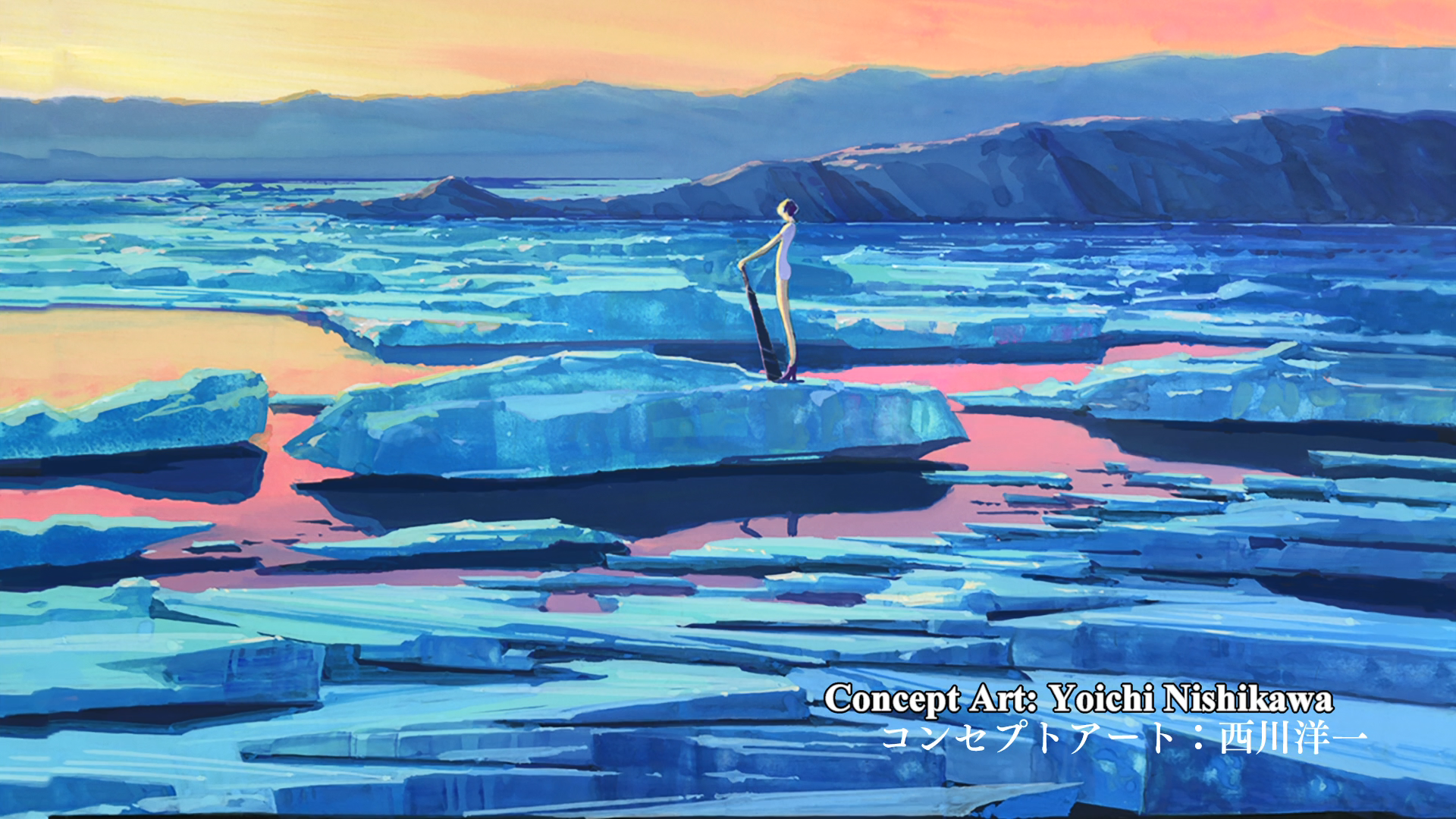 APA: What is it like to work with so many different directors from studios like Studio Orange and Studio Ghibli?

Nishikawa: Each director had their own vision and was very serious and hardworking, so every single director was really great to work with. The director for the “Houseki no Kuni” film really pulled out my talents and helped me grow as an artist as well.

APA: A lot theatrical releases like “Houseki no Kuni” and “The Wind Rises” have some CG in it instead of solely traditional art. You work with directors who have experience with both and want both methods in anime and movies. How do you work with that since most of your work is traditional?

Nishikawa: “Houseki no Kuni” used CG and 2D animation, but my pieces were left in the film and combined with the CG. It was fun doing it that way! I liked that kind of project!

APA: Although you’re a background painter, you’re also a concept artist. Which do you prefer to
do?

Nishikawa: That’s case-by-case. If I’m working under someone that I really respect and admire, I want follow their lead. I also want to do my own projects, so that’s why it’s case-by-case. It depends on the situation.

APA: A lot of people who work in the industry are working with digital tools, but there’s still a lot of admiration for traditional art. Do you have any advice for the people who are in-between and don’t know what to do?

Nishikawa: If you’re going to think about your livelihood, then digital is probably going to be better. Even in Japan, there are very few jobs that call for drawing and hand painting. It’s really great to do traditional art, but I can’t really advise doing solely that if you’re trying to make a living.

APA: Do you have any words for your American fans who couldn’t make it to the exhibition?

Nishikawa: Whether I worked on a film or not, I would like people to see the animation and enjoy seeing
my work in animated films. 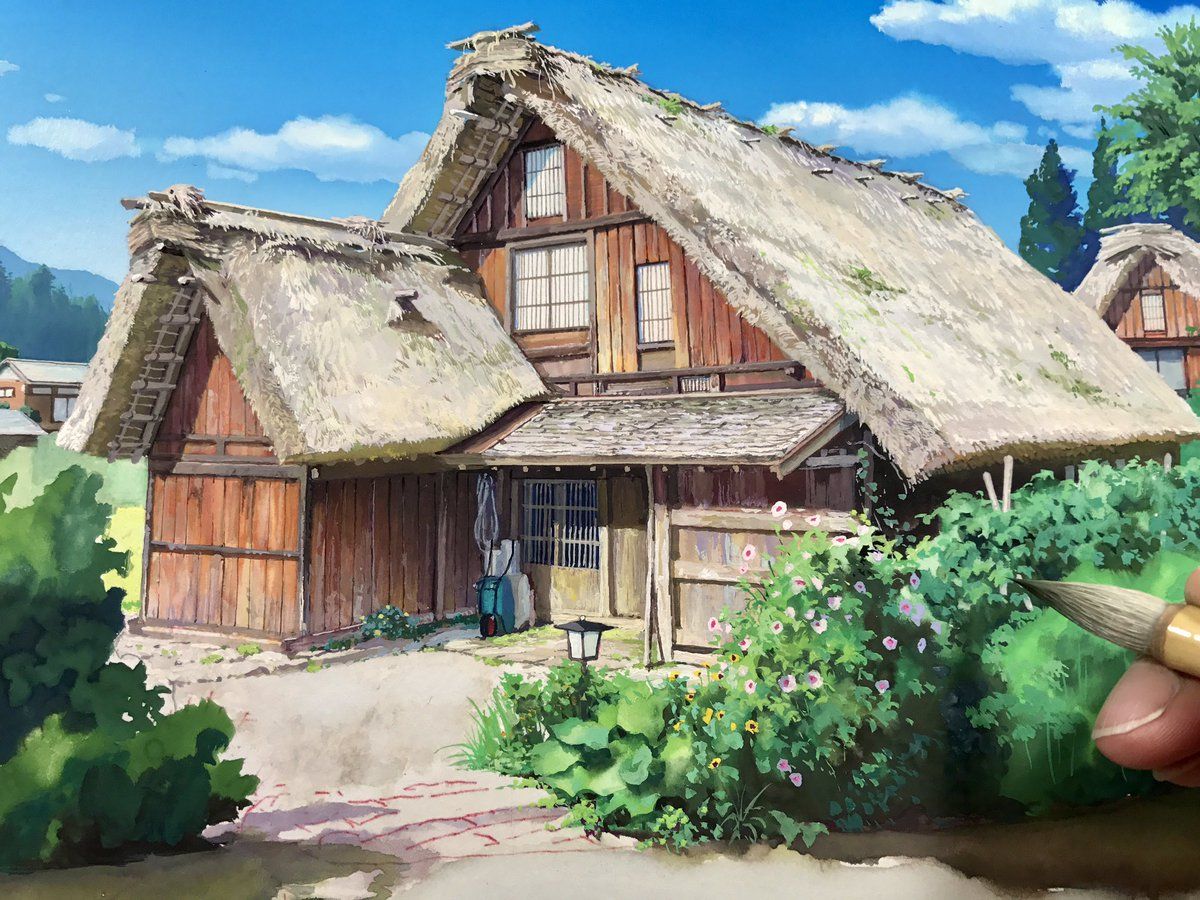