Popular manga series turned anime, Cells at Work!, made its debut at Anime Expo 2018. The series premiered on July 7th, 2018, and has won the hearts of anime fans around the world. Among the numerous talent working on the series, Aniplex producer Yuma Takahashi and voice actor Tomoaki Maeno spoke at a panel to introduce this interesting series of anthropomorphized red and white blood cells. After the completion of the series, APA connected with Takahashi and Maeno to learn about the Cells at Work! characters and their experience working on the series. 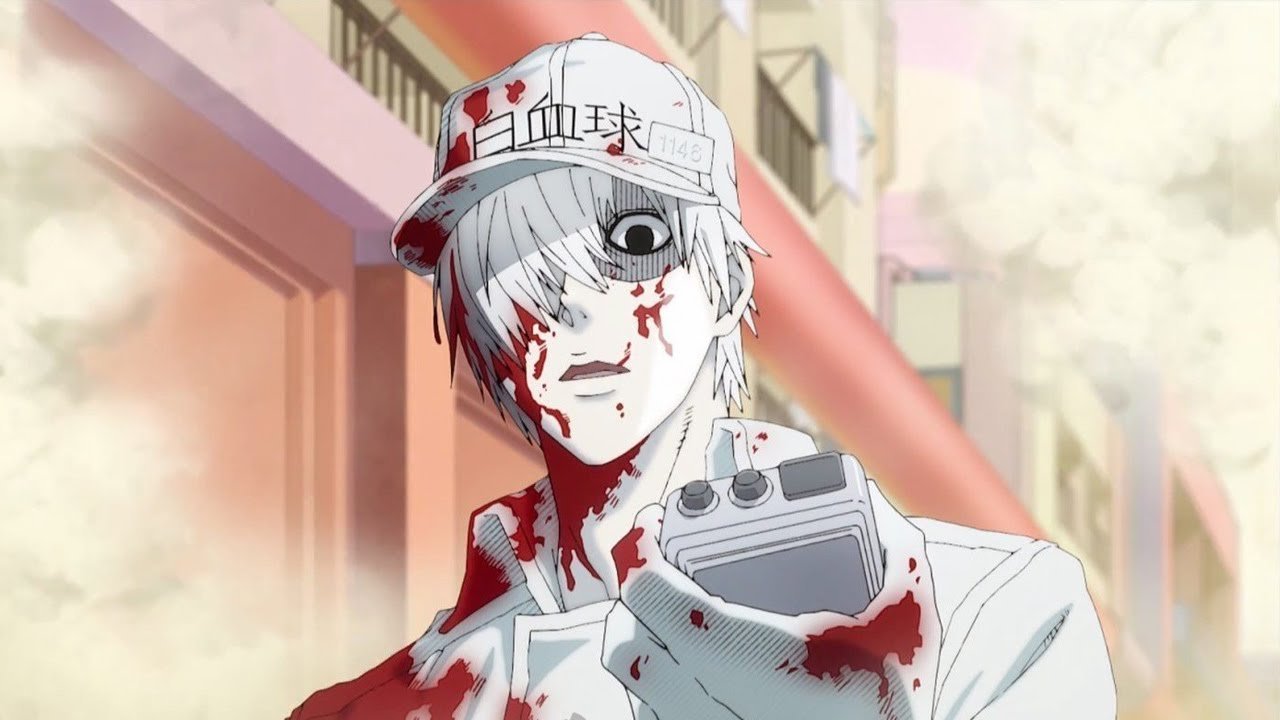 APA: How do you voice White Blood Cell? Because this is an adaptation from a manga, you can read his dialogue and see the facial expressions that go along with it, but how do you give personality to his voice?

Maeno: First and foremost, he’s an extremely hard worker and equally passionate. Add to that this big personality gap between when he is fighting the bacteria and when he is talking to other cells, I think, helps add a rich color to the character’s personality.

APA: White Blood Cell seems very scary even though that’s his job to keep the body safe. If he didn’t have to protect the body, what do you think he would do in his free time?

APA: Killer T Cell and White Blood Cell are sometimes at odds, but they will eventually work together as part of their job. Is that similar to how you and Ono Daisuke (Killer T voice actor) work together in the recording studio?

Maeno: Ono-san is an incredibly kind senpai, so we frequently had discussions where we would say things like “Let’s do this scene like this” or “What should we do about this scene?”

APA: Do you have a favorite line or moment from recording the episodes? For example, “Bye bye germ” or ばいばい菌だ?

Maeno: My favorite scenes are when his receptor activates.

APA: What is a fact about your character that you’d like to tell people? 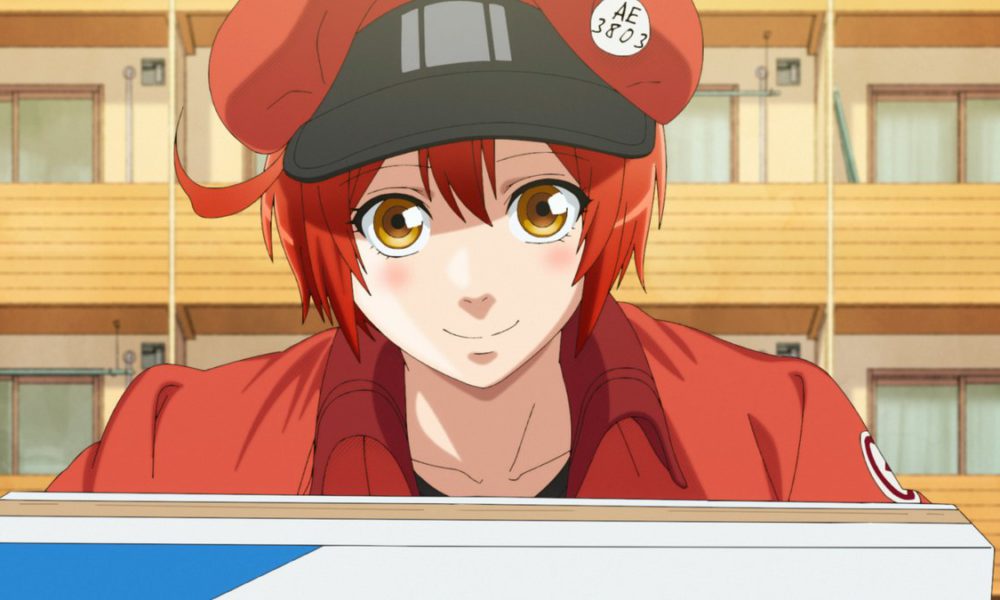 APA: Since this is based on a manga, what are some of the challenges of adapting this into an anime?

Takahashi: Among the many challenges we had, there were two in particular that was especially troublesome. First, each and every panel in the manga is very dense, so trying to maintain that intricacy while making it move was a big challenge. Second, the battles in each episode require lots of work, so figuring out how to overcome that was a big challenge. For both challenges, the staff under the leadership of the director pushed through and we were able to produce an entertaining show.

APA: As producers, what’s the most fun part of your job?

Takahashi: Number one would be creating new connections. For example, the connection between the creator and the studio, the director and the music, the characters and the cast, the show and the theme music, the anime and the brand collaborators. In bringing someone or something together, they are able to think and create something interesting, which then leads to a new link and thus an entertained audience – that’s the best part.

APA: Because the manga is still ongoing, to what volume will the anime adapt up to?

Takahashi: Up to the fourth volume. The season finale “Hemorrhagic Shock” is among the most exciting episodes, so I hope everyone enjoys it.

APA: What did you think when you first read this story? It’s very similar to how young people these days work diligently at their part time jobs.

Takahashi: As for my first thoughts, they were “What a great concept! I want to make this into an anime right away!” The fact that everything being depicted happens within your body and how the story is tied together by such interesting characters, it made quite an impact on me and I found it very entertaining.

APA: Have you ever seen the 2002 American TV show, “Ozzy and Drix”? It’s about a white blood cell and a red pill that fight crime inside a boy’s body.

Takahashi: An acquaintance of mine told me about it once Cells at Work! started airing. It was very entertaining.

APA: Because blood type is important to a character’s personality in Japanese culture, can you tell us what blood type you think the red blood cell is?

Takahashi: She’s very serious like a Type A, social like a Type O, works hard independently like a Type B, and sensitive towards others like Type AB. So I guess you could say all the good parts of each blood type.

APA: Will we ever get to see the body that they’re in?

Takahashi: Most likely, no. The main characters of this show are the cells and cells within you. If people can watch the show as a story about them, that would be great.

APA: You’ve worked in publicity and as a producer for a long time. What’s the difference between publicity for a well-known franchise and a new franchise? For example, how does “Cells at Work!” compare to working as a publicity producer for “IDOLM@STER”?

Takahashi: We approach every project with the understanding that each anime starts with zero fans and build a promotion plan from there. This goes for well-known franchises too, since popularity leads to more fans. So for new franchises, I approach it like debuting an unknown new musical artist.