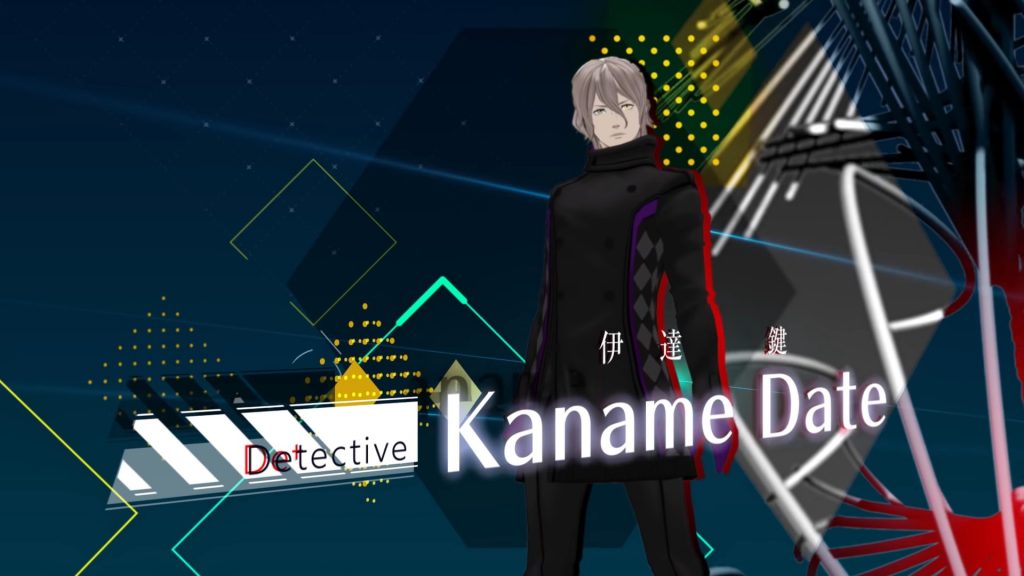 Legendary game developer Kotaro Uchikoshi returned to the US in an encore announcement for his newest game, AI: The Somnium Files. Similar to the thrilling Zero Escape trilogy, this new project will also involve mystery and puzzles along with an attractively designed cast. With a resume that includes Zero Escape, Remember 11: The Age of Infinity, and Punchline, Uchikoshi clearly has an eye (and mind) for out-of-the-box thinking and examination of human psychology. But what does he have planned for his newest title that’s different from his older ones? APA spoke with Uchikoshi at AX to dive into his thought process, the inspiration and challenges of development, and further insight into what exactly what kind of game AI is. It currently has no set release date, but will be released for PlayStation 4, the Nintendo Switch, and Steam.

APA: Since this is your third time in America, have you gotten any new inspiration for your current game; AI: The Somnium Files?

Uchikoshi: This is actually about the seventh time I’ve been here in America, but this is my third AX. What I thought coming here this time is, everything is so much bigger here in America. From the shopping carts to the milk cartons, I even saw a huge dog at the airport. It made me thing that there’s so many great things in America. I need to be greater as well.

APA: From the minute proof we were able to see of AI, why did you choose the 3D environment? Why go into 3D?

Uchikoshi: At first, I debated about whether to go into 2D or 3D. After deliberating, I realized that if we were to use Unity, which we are using right now, we would be able to give a high-quality 3D presentation without bringing up the cost too much. So that’s how we decided on that.

APA: In terms of the character designer, why did you choose Yusuke Kozaki? He’s famous for designing the characters for Fire Emblem: Awakening, so I’m curious as to why you chose Kozaki-san for a detective game?

Uchikoshi: Kozaki-san may be famous for mostly fantasy works and things like that, but I believe that he’s a very capable designer who can do all sorts of things. We didn’t exactly want to go with a more traditional detective novel. Kozaki-san was able to bring out a unique flavor, so he was a very good fit for us.

APA: It is a very unusual looking game. It’s set at a carnival. It’s very different from Zero Escape which is set on the moon and you’re locked in this facility. Why choose the carnival this time?

Uchikoshi: Initially when we were planning the project, the first setting that I thought of was an amusement park. The amusement park is a theme that will occur in the first somnium park where you go into someone’s dream to find clues. That amusement park setting became an iconic theme for the title, so that’s what we wanted to show off in the preview.

APA: Where did you get the inspiration from? When I think of amusement parks, there’s one in every single country. In America, we have plenty, but they’re dying in a sense. Not many people go to them other than Disneyland or Universal Studios. Even in Japan, there aren’t that many amusement parks left.

Uchikoshi: There may be fewer people going to amusement parks, but in my mind, it’s still an iconic thing for people to do with their families. Story wise, you actually go into a little girl’s dream and that’s her subconscious image that comes up with the theme of family.

APA: It’s been almost 10 years since the release of 999. When you reflect on this series, where do you think the characters, like Santa, Junpei, and Akane, are now? Do you think they have a happy ending?

APA: The Zero Escape trilogy had finished with a Zero Time Dilemma. When you finished the series, did you think that the ending was going to end the way it did with Diana and Sigma?

Uchikoshi: I actually didn’t think it would end that way when I first started the series with 999. The second and third installments of the series, I was thinking that they would go together as a pair, so I had an ending in mind. But as I was working on 3, I started to change my way of thinking and thinking how the ending would turn out. In the end, I thought the best ending was how the final product came out.

APA: Within the Zero Escape universe, who is your favorite character?

Uchikoshi: I get asked this question a lot, but it would have to be Akane.

APA: During AX 2017, there was the 999 Escape Room run by Real Escape Scrap. When you participated, what was your experience like?

Uchikoshi: It was a lot of fun! I enjoyed myself a lot! It was very in line with the theme of 999. I think it was very well made, good production value. I liked it a lot!

APA: Did you escape?

Uchikoshi: I got stuck in the middle.

APA: Do you have a message for your American fans? Anything that they can look forward to with AI?

Uchikoshi: I personally think that it’s going to be a lot of fun and everyone’s really going to like it. This time around, we weren’t able to release a lot of info on it, but we’ll be getting more info out on the characters and the murder case itself. So, I really hope everybody looks forward to those and follows the info. Enjoy the game once it does release!