After completing their “WINNER Everywhere Tour” in Asia, the 4-member K-pop group will be bringing their tour to North America this January. Kicking off the tour in Seattle and finishing in New York City, WINNER will visit seven cities across the continent. Most recently, the group released a bright and cheerful track, “Millions.” 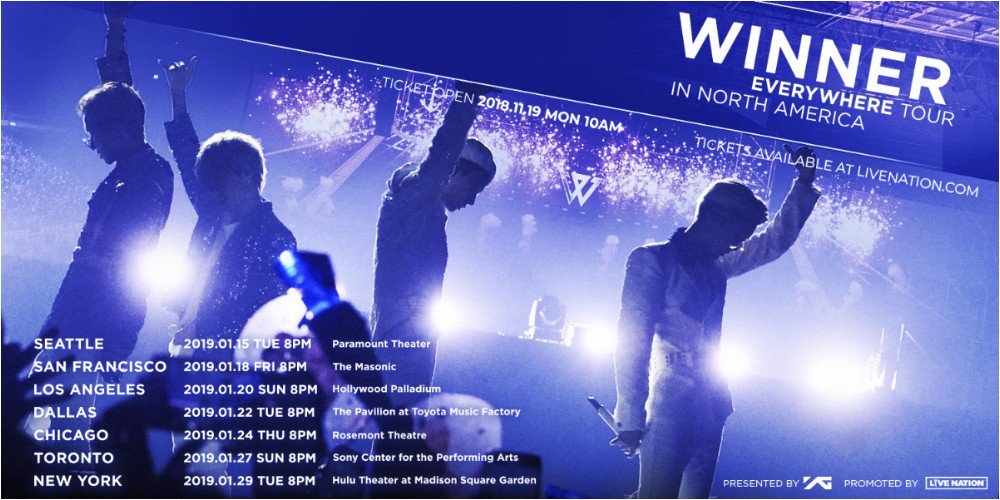