Bringing his “Wonderlost” tour to the U.S., R&B singer Crush delights fans with his velvety smooth voice and euphonious music. To start things off, DJ Millic takes the stage and absolutely smashes his set, hyping the crowd with a unique mix that travels through music from various genres including pop, hip hop and jazz.

Crush sets the tone from the get-go, enchanting listeners with his soothing voice to the hypnotic melody of “You and I.” The repetitive chanting of the song title pulls the audience in a swaying trance. Breaking the spell, the singer speeds up the tempo with “A Little Bit” and its bright twinkling instrumentals. However Crush switches it up on the audience real fast, surprising fans with a snippet of “Fanxy Child,” a track by his crew of the same name, where he shows off more of his hip hop side, rapping and jumping to the harder beats of the song.

Taking a moment to greet the fans and introduce his next song, he asks, “What did you have for breakfast this morning?” Immediately knowing the answer he’s looking for, the fans eagerly respond with “cereal,” as he moves into the playful and plucky song that showcases his clever lyric writing through wordplay with the song’s title: He can’t believe “she’s real,” somebody he can wake up with in the morning and have “cereal” with. The groovy, dreamy vibes of the following song, “Ooh Ah,” makes it all too easy to get lost in a reverie, but not for long, as Crush wakes listeners up with the sunny melody of “Whatever You Do” that perfectly reflects when love feels like floating on clouds.

Dedicating the next song to “all the beautiful ladies,” Crush sings “Beautiful,” to which the audience audibly gasps in excitement. The gentle instrumental intro fades out for Crush’s bare vocals to carry the emotional song acapella. The venue was silent except for the singer’s voice echoing throughout the hall, surrounding the entire audience with his clear, sweet voice. To top off the most memorable performance of the night, Crush impresses the crowd with a powerful long note, causing listeners to erupt in cheers. 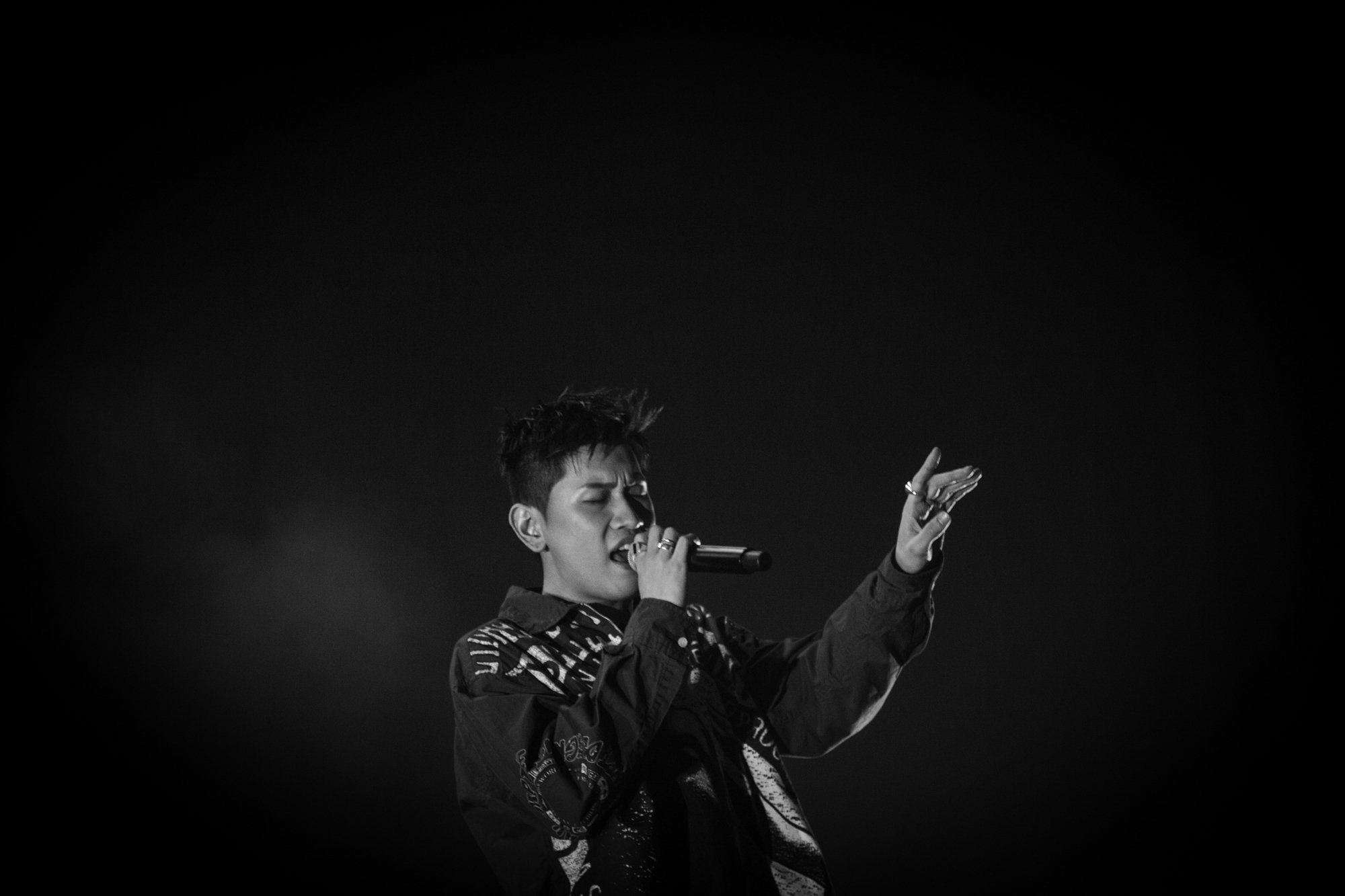 After singing numerous songs about the joys of love, Crush decides to sing about the painful side, as he misses a past lover in “Sometimes.” He really colors the song with the yearning behind those bittersweet feelings which spill over into a brief acapella rendition of “Sofa.” These acapella performances are the greatest moments of the show, as Crush bares his soul and every delicate tremor of his voice can be heard loud and clear. In the soft contemplative “Fall,” he quietly questions whether all breakups are this painful and has attendees singing along to the recurring lines, “don’t want to fall in love.”

Crush shares with the audience that although he mainly sings R&B tracks, he loves jazz and performs a special treat for fans: a rendition of Chet Baker’s “I Fall In Love Too Easily.” Adding his own style along with the instrumental featuring a light hip hop beat, Crush performs the song with his own unique vocal color.

Ending the show on a high note, Crush brings out the party songs to hype the crowd. Bounding across the stage and singing “Laputa,” “Party” and “Hug Me,” he gets the crowd chanting and dancing. Slowing down for a quick second, Crush sang one of his most popular sweet songs, “Don’t Forget Me.” If only Taeyeon or another female singer could have been there to sing the iconic bridge. In a quick encore, he returns to the stage to perform “Oasis,” white fittingly soaking the crowd with water bottles.

From declarations of love to bittersweet yearning, Crush takes attendees on a musical journey through the ups and downs of love with his best tracks from his discography. Beautifully clear and strong vocals through and through, Crush owns the stage and proves that a true singer can captivate listeners with simply a microphone. 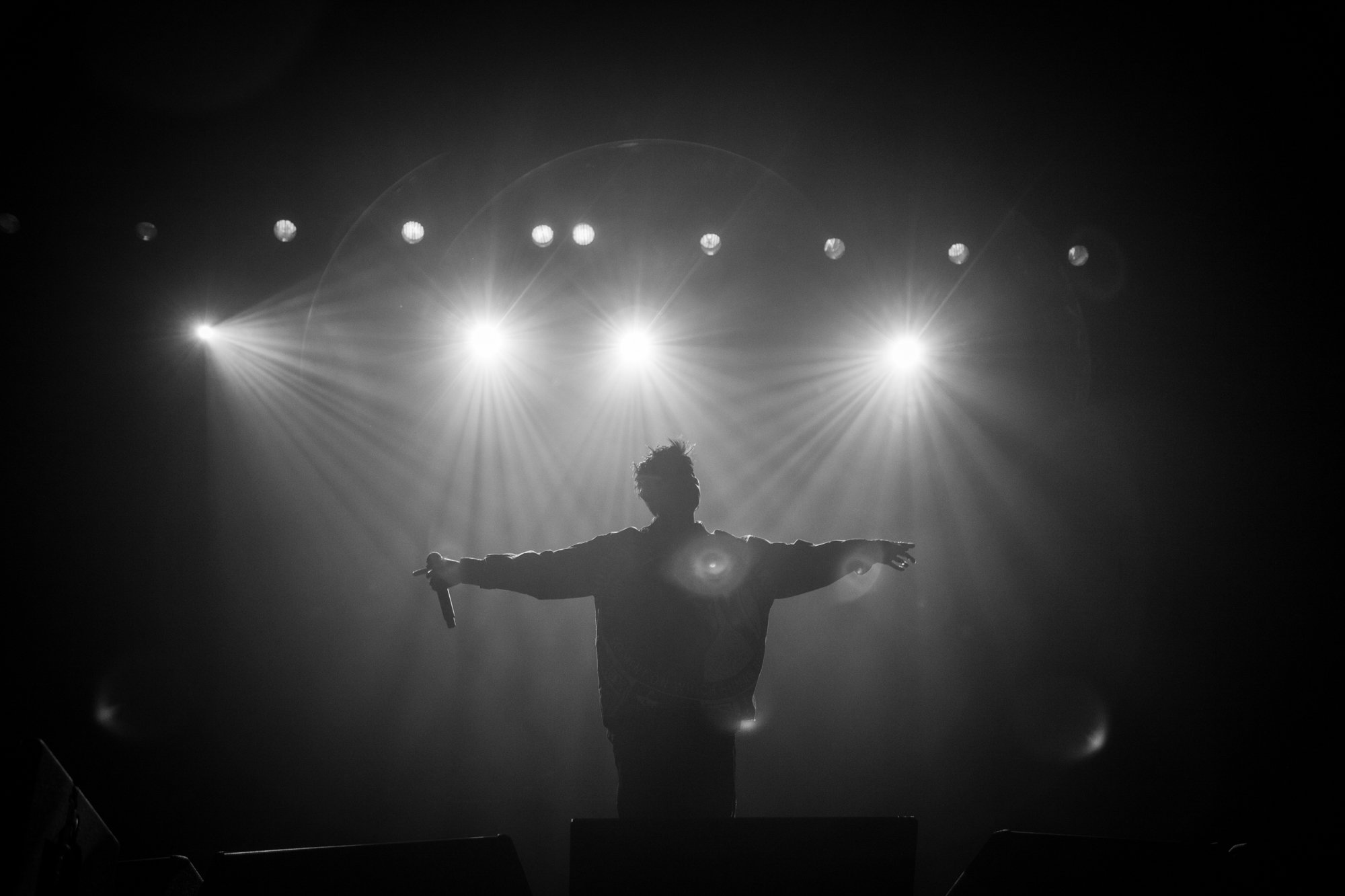