Fall is gearing up to be a hot one with Gallery Nucleus’ tribute exhibition to Disney’s Mulan. The exhibit opened up over the weekend, featuring over 40 works of art from a variety of local and far away artists. Eager fans formed a line that stretched outside and wrapped around the building, just to catch a glimpse and purchase a print from the gallery. Special guests included Director Tony Bancroft, actress Ming-Na Wen, illustrator Rick Law, revisionist Chad Frye, Disney legend Floyd Norman and Adrienne Brown-Norman, among others. 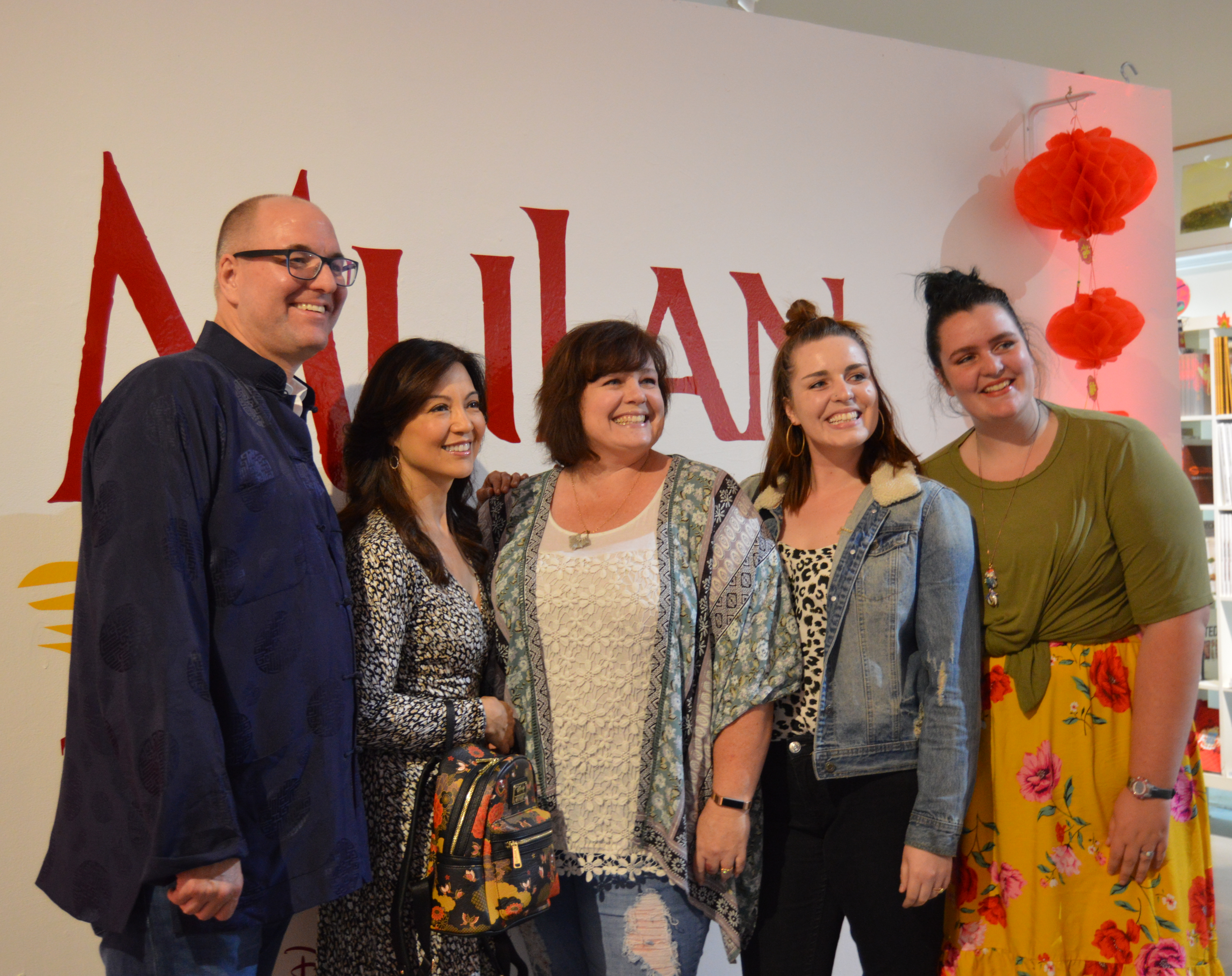 “It’s amazing to see such support from fans,” said Ming-Na Wen, who came to the gallery with her son. Since voicing the iconic Disney princess, Wen has taken on a number of other roles, most notably Melinda May in Agents of S.H.I.E.L.D. Tony Bancroft, director of Mulan, reflected on the movie’s long history: “It’s very surreal to know the little movie we made in Orlando, Florida has gone on to have this kind of life. The most rewarding thing for me is that I’m the father of three daughters and to be able to give them a Disney princess who is strong willed has meant a lot over the years.”

Illustrator and revisionist Chad Frye, mentioned how quickly time flies: “Can’t believe it’s been 20 years. The movie is so beautiful and I’m so glad that it continues to be seen and it has a special place for me because it was the first movie I worked on.” Rick Law, who worked on Mulan’s DVD cover, shared, “It holds up over time and it’s wonderful how greatly it’s appreciated by the Asia Pacific community. Culturally, it was heavily researched I would say more so than Aladdin. Really, it was the first movie that brought the rest of the community in.”

The Mulan art exhibit runs until November 4th, so catch it while it’s still around! See below for location and other pieces from the show. 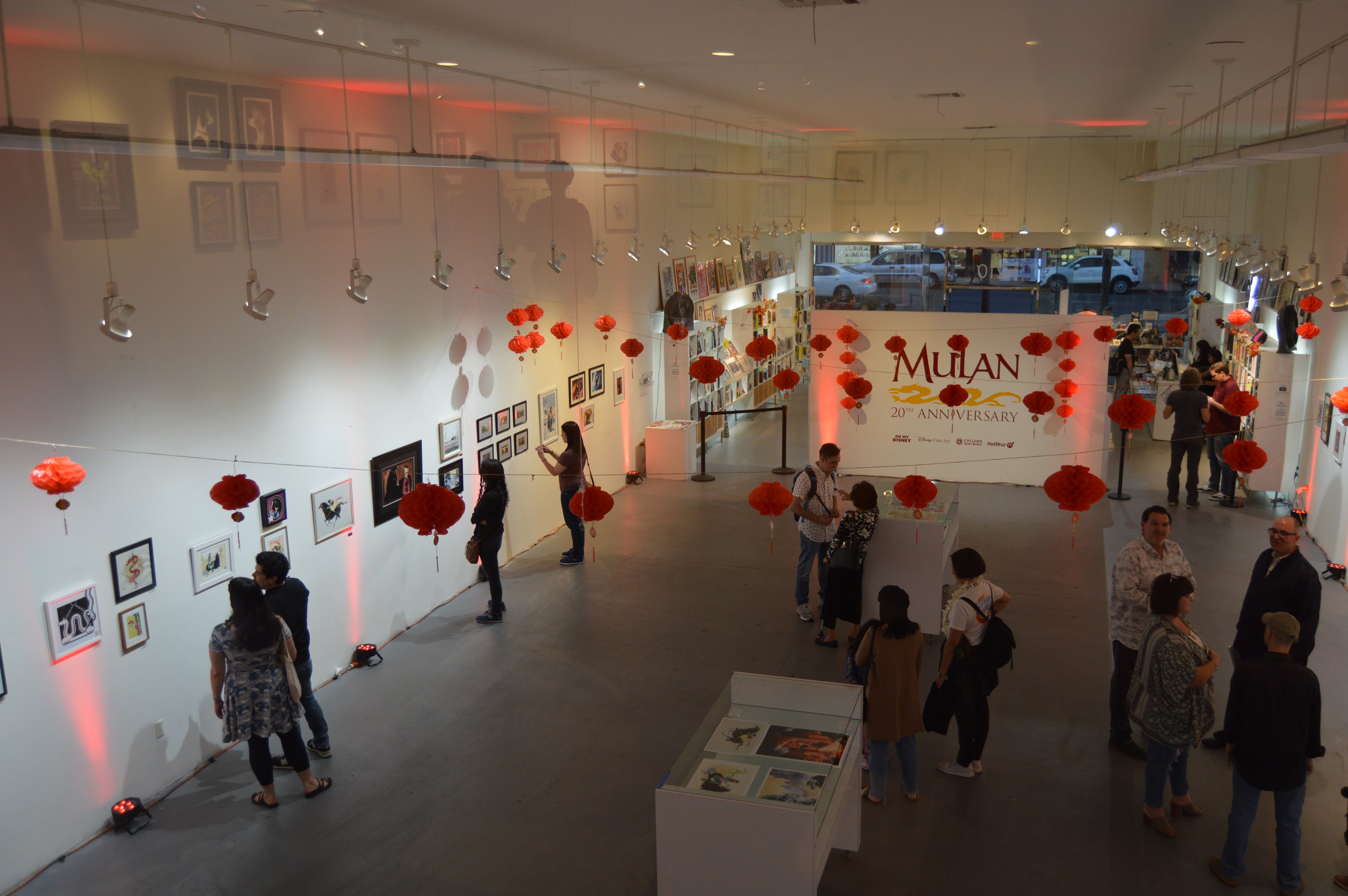