Skip to Content
Home Music Coming to You Live: DPR LIVE in Berkeley

Wrapping up the North American leg of the “Coming to You Live” tour in Berkeley, DPR LIVE finished it all off with a splash.

The night began with DJ DaQ hyping the crowd by playing a fun blend of upbeat English and Korean songs. As each track transitioned to the next, the audience danced along more energetically to the infectious mix including crowd pleasers, BTS’ “Mic Drop” and Zico’s “Okey Dokey.” Before we knew it, the 30-minute set was over and the audience cheered for DPR LIVE to take the stage.

Kicking off the show with “Know Me,” DPR LIVE greeted the crowd with a “letter to the fan, middle finger to the hater.” He then swiftly moved into “Cheese & Wine,” soaking the audience with water and smooth verses. As soon as the rapper started “Laputa,” concertgoers immediately swayed and undulated to the hypnotic rhythm. 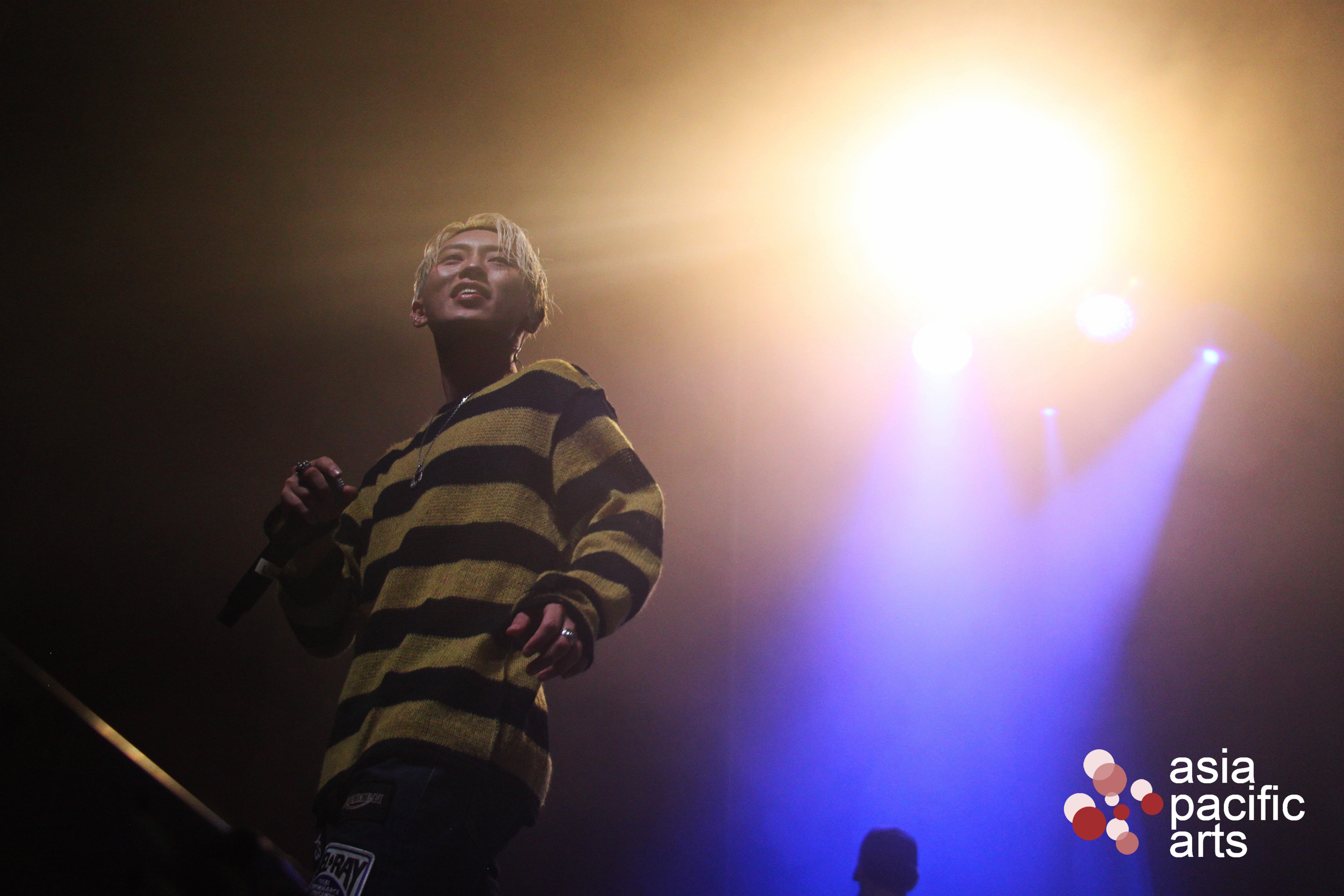 The rapper reflected on his aspirations and pushing past his limits in “God Bless,” which naturally led to the highlight of the night, an acoustic performance of “Till I Die.” The rawness and conviction with which DPR LIVE declared his lifelong dedication to rapping was palpable. He once mentioned that he began taking music seriously when he released this track, so it was a real treat for the audience to hear such a meaningful song live.

Turning up the romance, DPR LIVE invited fans to be part of his movie with “Action.” Heating things up more, he later invited the studly DPR director Christian Yu to join him on stage for “Playlist,” to which fans enthusiastically welcomed. Even though Christian was mainly on stage filming, he broke out into a brief playful dance duet with the rapper.

Speaking of dancing, there’s one member of DPR who would not let himself be outdone that night. During the show, the lights suddenly went black. Soon after green lights beamed upstage and Cline appeared to show off some of the hottest dance moves of our time. Hitting the crowd with the shoot and the floss, Cline had the crowd going wild. With the audience high on energy, DPR LIVE kept it going with the intense bass-heavy track “Please” as Cline served as his hype man. Dousing the audience with water bottle after bottle, the two bounded across the stage together spitting fast flows. 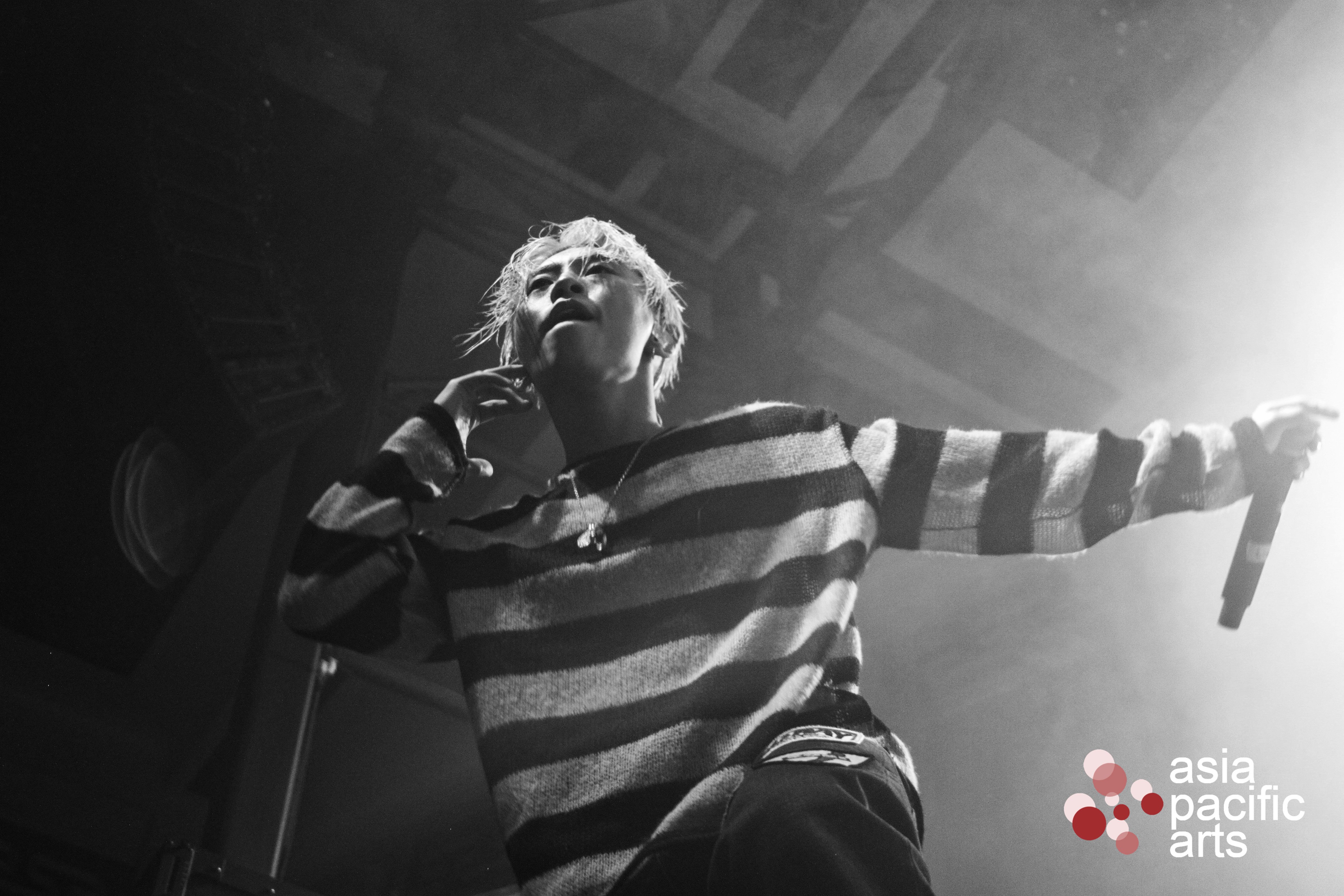 Bringing down the tempo a notch, the rapper lulled the crowd with the soothing melody of “Jasmine.” Fast or slow, fans were more than happy to go along with whatever musical message DPR LIVE had for them. The rapper closed the show with crowd favorites, “Text Me” and “Martini Blue.” The small venue pulsed with energy as concertgoers proved how big of fans they were by impressively singing every word, particularly nailing the melodic “blue” lines in “Martini Blue.”

Not ready for the night to end, the crowd chanted “DPR we gang gang,” the DPR way to call for an encore. The rapper didn’t leave the crowd hanging long, as he returned to the stage for one last song best described as the DPR anthem, “To Myself.” Members of the DPR crew joined the rapper on the stage to enjoy the night with their fans. From start to finish, DPR LIVE delivered an incredibly entertaining show that seemed to just fly by. For anybody who is suffering from post-concert depression, DPR LIVE’s got a solution.

So in conclusion, the only way to cure PCD is to return for another one huh? ?