As SCANDAL approaches their twelfth year together, the four-piece female band makes their second appearance in Anaheim. After three years since their last performance in Southern California, the immensely popular group drew in a long line of fervent fans on a busy Sunday night. The SoCal stop was one of the lucky few that was part of SCANDAL’s “Special Thanks” North American tour. Plenty of global and domestic fans flocked to travel alongside the band members as they performed across the continent. 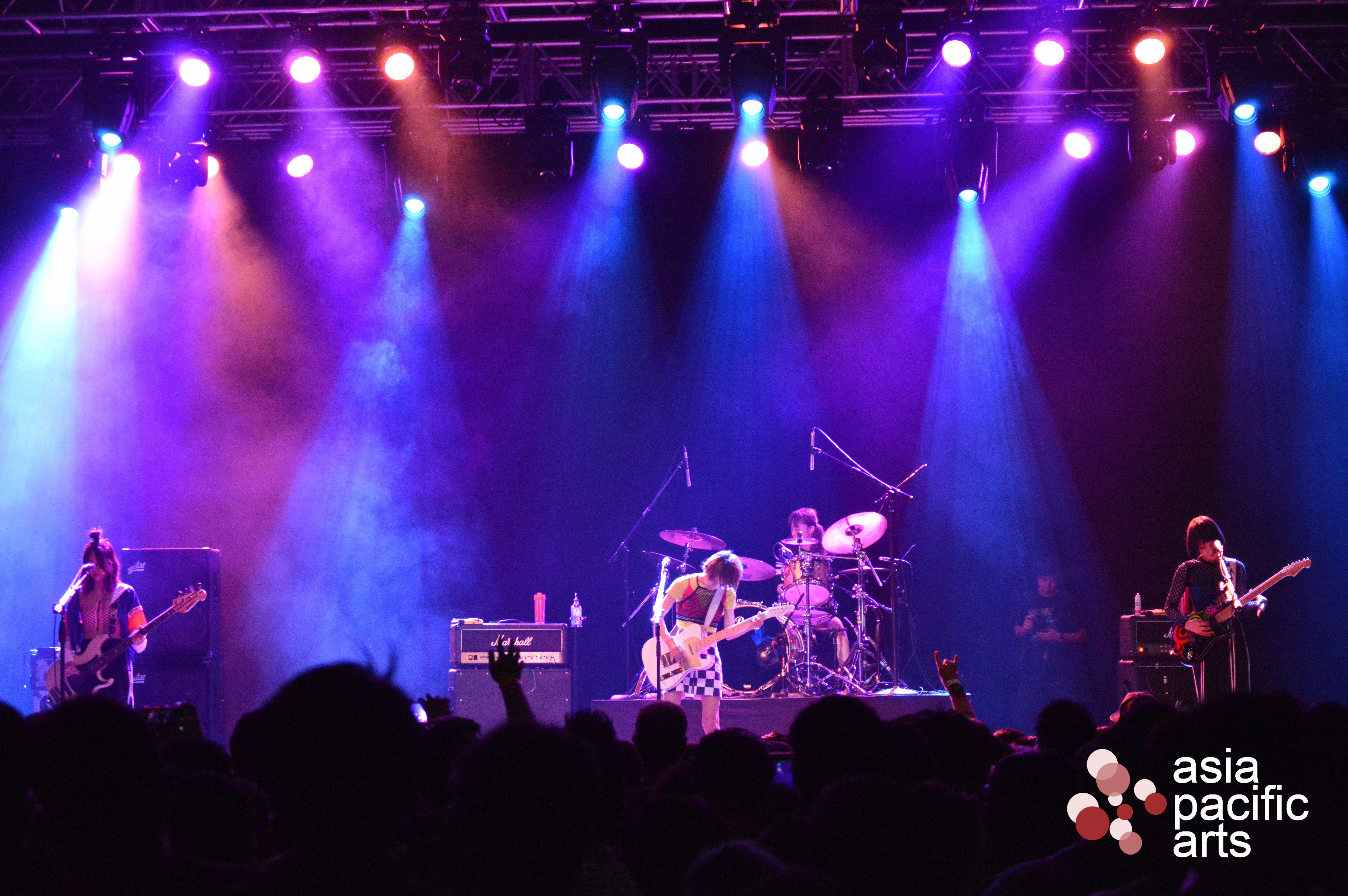 SCANDAL previously performed at the same venue but at a different location, back in 2015 when the House of Blues was still on Disneyland property. Although the four sadly reflected they wouldn’t be able to visit Disneyland this time around, they happily announced that they would be going to Six Flags and riding some more extreme rollercoasters. Listeners, both old and new, learned about the band through popular anime series such as Fullmetal Alchemist: Brotherhood and Bleach and were eagerly waiting for the girls to play all the crowdpleasers.

Despite their simple introduction and cute sense of fashion, the band came to rock, and I mean rock, the night with 18 songs full of heavy bass and guitar. The concert started off with an ear-popping performance of “Shunkan Sentimental,” which got fans stomping and jumping harder than a mosh pit at an AC/DC show. Hard to believe that it’s been nearly eight years since the release of their most famous song, as they energetically jammed along with the crowd.  Considering how rare it is for them to have an international performance, SCANDAL pulled all the stops for their most loyal fans, singing “Your Song,” a lesser known track, completely in English. 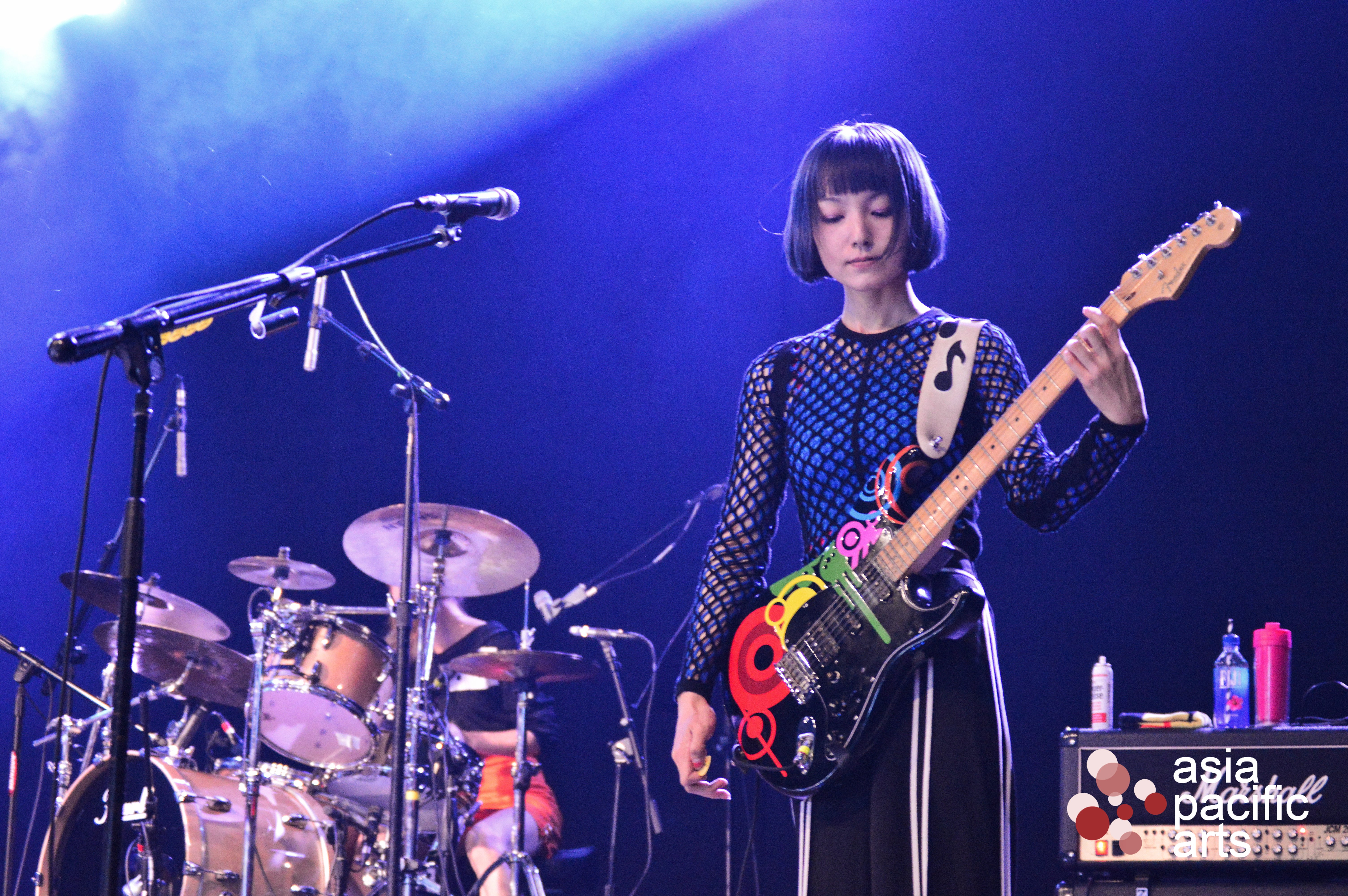 Powering through the first set without a moment to catch their breath, the four members finally paused to say hello to the fully packed show floor. Even though they were probably winded from their previous concerts and earlier fan engagements, their perky expressions didn’t let any of their exhaustion show. Their long setlist gave each member the opportunity to sing a song where they had leading vocals. A major highlight of the night was Mami’s solo song “Koe,” as she did double duty singing vocals and playing guitar to enthusiastic fans who sang their hearts out with her.

Throughout the show, the four members reminisced about their show from three years ago, looking back at all the fun they had back then and how grateful they are to be back. Haruna, the lead vocalist, asked how many people came to see them in 2015 and how many people are new fans. Surprisingly, lots of repeat fans had come a long way to see them this year and the bandmates were excited to give them a great show once more. 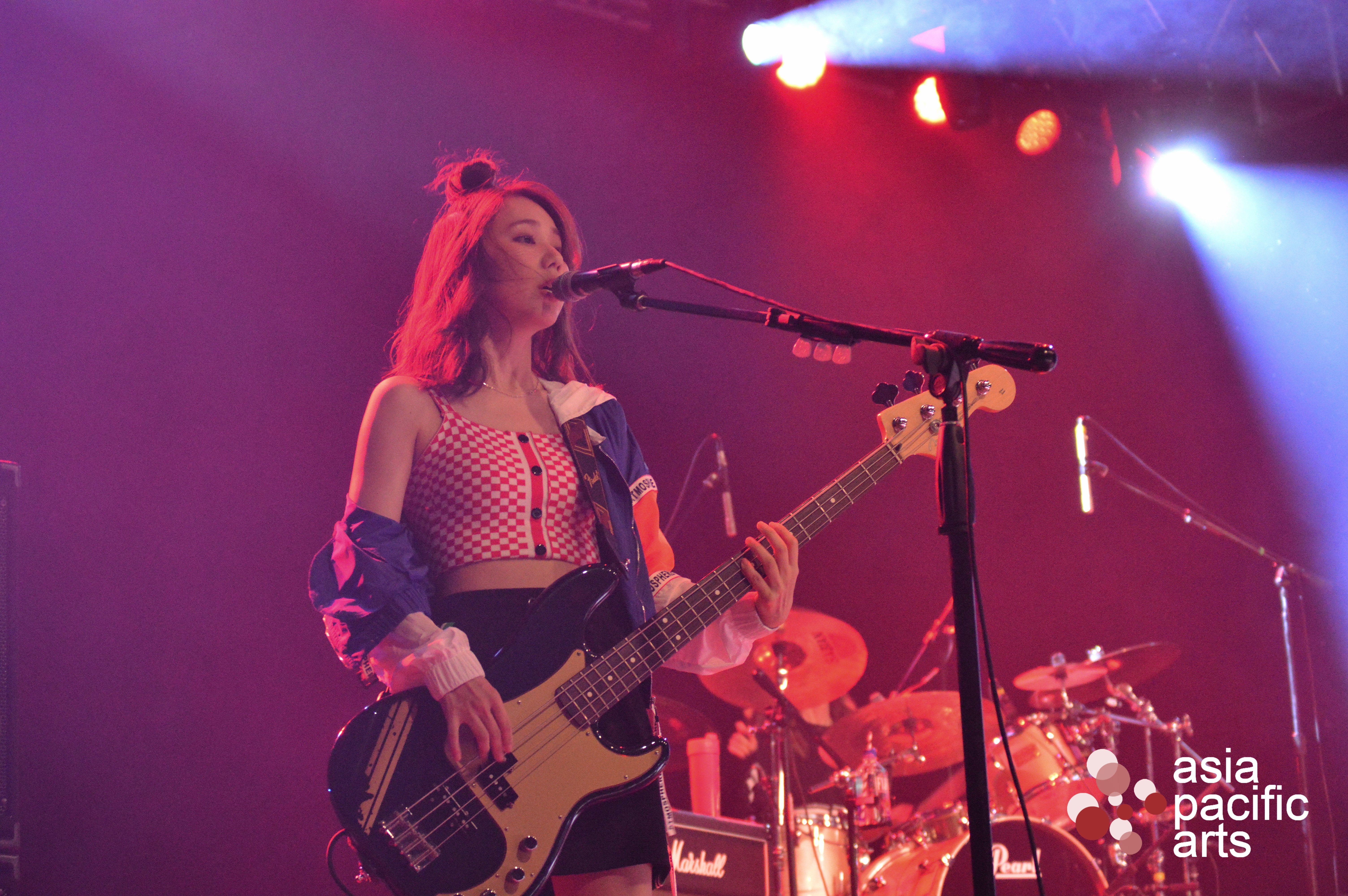 Closing off the night with the more melodic “DOLL,” which arguably is the most fitting to end the fiery concert, Haruna, Mami, Tomomi, and Rina bowed and sadly waved their fans a good night.  For a self-started band with humble beginnings to one that topped the Oricon charts, SCANDAL never stops showing how incredibly thankful they are to have their fans.

Check out our photos from SCANDAL’s show in Anaheim!