Waki Yamato’s 1970s manga, Haikara-san: Here Comes Miss Modern, hit the big screens in America back in June. Avid international anime watchers and manga readers have had limited exposure to the series, but are now able to enjoy it through the combined work of Nippon Animation and Eleven Arts. Although it’s considered a foundational shoujo series, which has already received an anime adaptation, a Takarazuka Revue show, and several live action movies, Miss Modern never received a full length feature film until now.

With an all-star cast including Mamoru Miyano as Shinobu and Saori Hayami as Benio, directed by Kazuhiro Furuhashi (Rurouni Kenshin, Hunter x Hunter 1999, Neo Yokio), and beautifully designed by Terumi Nishii (JoJo’s Bizarre Adventure: Diamond Is Unbreakable, Penguindrum), the movie strikes up a dream team of anime superstars. Each scene is a visual treat, giving viewers a peek into the Taisho era without the muted colors found in other series. The characters move fluidly along their detailed backgrounds, and present an image of appreciation for an era that doesn’t get much attention compared to the Edo, Meiji and Showa periods.

The story revolves around a 17-year-old Benio Hanamura in Tokyo during the Taisho era. After losing her mother at a young age, her father, a high-ranking official in the Japanese army, raised her on his own. Consequently, her father blames himself for her growing into a tomboy—running contrary to traditional Japanese ideals of femininity. Unlike the common trope of having two female leads fight against each other to win the heart of their love interest, Benio and Tamaki work together as friends to help each other with each other’s best interest at heart. 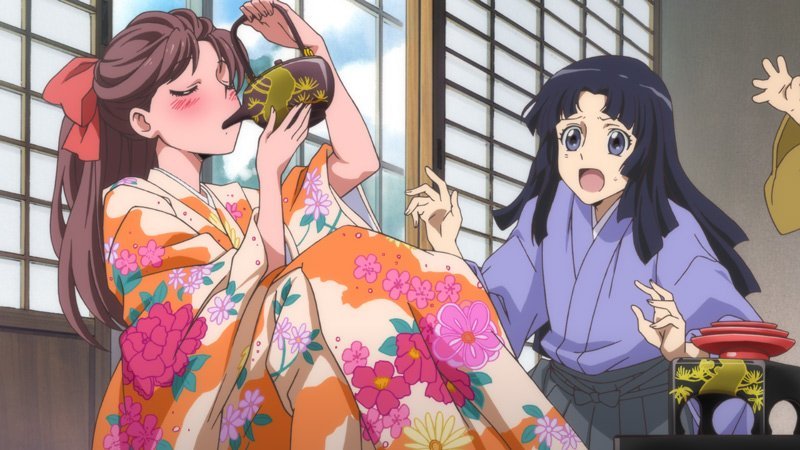 Strong willed and outspoken Benio is an expert in kendo, drinks alcohol (and loves it), and wears boots underneath her Taisho Roman Hakama. Early on, she loudly establishes she isn’t interested in typical housewife duties and lambasts arranged marriages. Along with her best friend, Tamaki, who is Benio’s polar opposite in presentation, they make small pushes towards their belief in women’s rights. Her other best friend, Ranmaru, is a young man who plays female roles in kabuki and serves as another feminine foil to Benio’s wild mannerisms. Yet, Benio’s world view changes after she is betrothed to army lieutenant, Shinobu Ijuin. 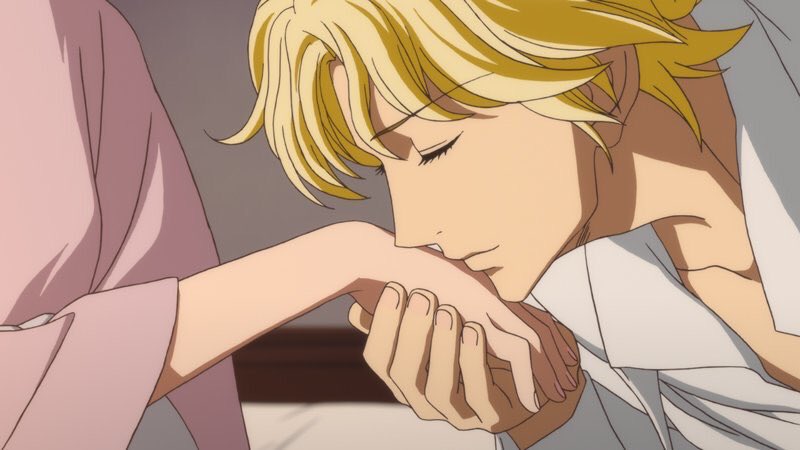 Despite its cheery optimism, the movie quickly pivots away after a dash of cold reality. As a quick history lesson, the Taisho era was during WWI and when Japan seized the opportunity to widen its sphere of influence. Naturally, army lieutenant Shinobu is sent to a base in Manchuria and later to the front lines of Russia and then the movie takes a turn in the other direction. In the final act of the movie, Benio continues to stand by her beliefs and breaks tradition by wearing a white kimono intended for her wedding to Shinobu’s funeral. Her gesture is a display of defiance, but also a pledge of eternal loyalty to Shinobu, who she vows to always love for the rest of her life. In the most progressive turn of events, Benio later finds a job and exemplifies that life goes on after a cherished lover is no longer with them. 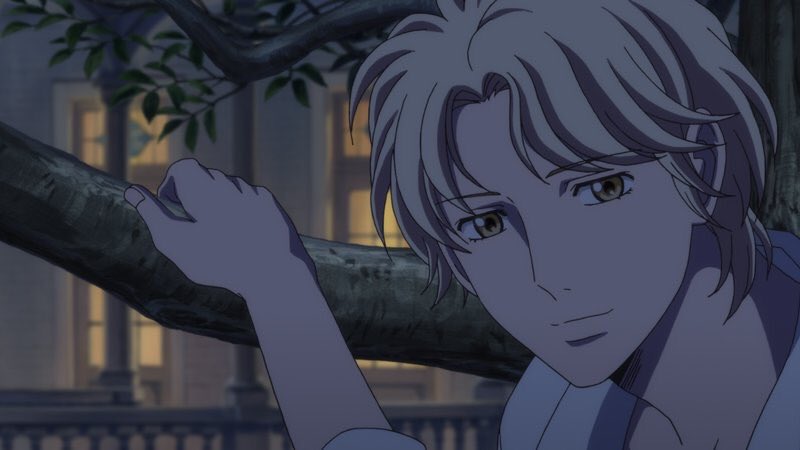 Most recent anime films have been adaptation or continuations of long running, popular shounen anime such as Attack on Titan, My Hero Academia and Tiger & Bunny. Nippon Animation spared no expense for Miss Modern as these days, it’s rare to see a shoujo movie adaptation and even rarer, to have it released on an international scale with an English dub. However, the pacing of the movie left many emotional moments feeling abrupt, including the point in which Benio hears that Shinobu perished in front of the man he was protecting. Condensing an eight-volume manga into a 96-minute film is no easy feat. More than once, the transitions between scenes fluctuated, which turns into a case of continual emotional whiplash. Clearly, Nippon Animation has heard the reviews and are addressing the issue by enlisting a new director for Part 2, replacing Mitsuko Kase (Ristorante Paradiso, Young Black Jack) with Toshiaki Kidokoro (March Comes in Like a Lion).

Haikara-san: Here Comes Miss Modern Part 2 will be released in late October, with a possible worldwide release soon after.