Headlining this year’s Fanime MusicFest is Nano, a Japanese American rock singer who has released a number of theme songs for anime such as Hidan no Aria, Phi Brain: Puzzle of God and Arpeggio of Blue Steel. APA sits down to chat with Nano before their first U.S. concert to discuss making music for anime, celebrating their fifth year anniversary and how their next dream will bring them back home to the States.

APA: Congratulations on reaching your fifth year anniversary last year! What does this milestone mean to you?

When I first made my debut, I couldn’t imagine what my fifth year would be like. I didn’t know if I’d even have one. Just to be able to celebrate a fifth year anniversary is amazing and I’m truly grateful for the chances and opportunities I’ve been given. It’s been a great opportunity to reconnect with my fans. My latest album The Crossing is not just a summary of what the past five years have been like, but also what my aspirations and goals for the future are. I want to connect my past to my future.

APA: What songs do you recommend from The Crossing?

I would recommend “Dreamcatcher.” It’s probably one of my favorite songs to date. It’s a little different than what I usually do. It’s very meaningful to both the creator and myself, as we’ve put a lot of heart and soul into it. Of course, my favorite song off the album is “The Crossing.” Not just because it’s the lead track, but because I love singing it live. People really seem to enjoy it when I perform it live.

APA: Can you share with us the meaning behind both of these songs?

“Dreamcatcher” is a song about, well, catching your dreams. I think that I’m a very positive person even though some of my lyrics are dark in some ways. I always think that there’s darkness, but there’s always light beyond the dark. That’s why darkness is there; because there’s light. I personally have always been a big dreamer. My goal is to be able to cheer on and give power to dreamers all around the world. I think it’s the kind of song that puts that message into people’s hearts.

“The Crossing” is one of those darker message songs. The melody isn’t that dark, but the message is about losing, moving on and crossing to a place where you might be frightened to cross to or not know where you’re going. But that goes for everyone; everybody has fears in this world and has shadows in their heart. Sometimes it’s hard to face those fears or to admit those weaknesses. This song is about being able to finally face and accept those weaknesses and cross over to a future you deserve. It’s about taking that one step to overcoming your fears, grab the light and go somewhere you hope to go. 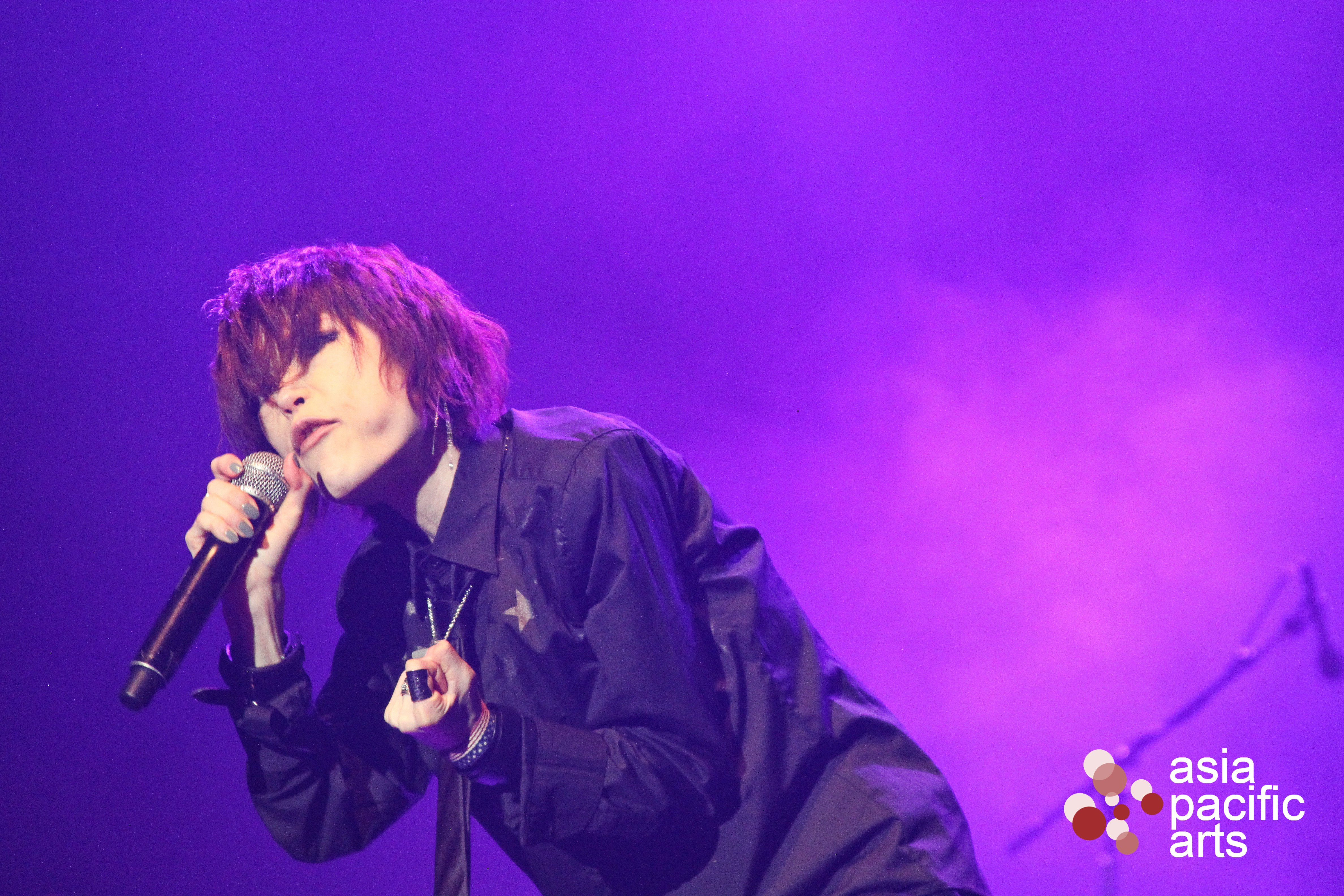 APA: Speaking of dream catching, you started out on YouTube and Niconico and eventually got signed to a label. Do you have any advice for aspiring musicians?

In the past, I’ve read a lot of interviews artists who are asked to share advice for aspiring musicians and I’ve always read them with interest. “Ah, so different artists think this way or have this kind of advice,” I would think, but when I’m asked those same questions, I’m not sure what to say. I’m a continuous dreamer and I don’t think I’ve reached any type of goal yet. My goals keep moving on as I move forward and even though I’ve reached my fifth year, my dreams have already grown bigger.

The only advice I can give is to just keep believing in yourself. There may be people around you who say it’s impossible or tell you to stop dreaming. Those words can be helpful too because it’s good to see the real world while you’re dreaming, but the truth is the only person who can achieve your dreams is you. You have to keep pushing yourself even when the times are tough. The people who keep on going will never regret that they kept going, but the people who stop will regret that they stopped.

I think you have to be pretty hard on yourself sometimes. You have to like chasing. Working through the deepest pains and sadnesses will get you to your biggest happinesses. I don’t think you can achieve something without paying a little for it. Don’t be afraid to pay for it or go through hardship because once you overcome, you will be happy.

APA: Not only are you a rocker, but much of your music is featured as theme songs for anime. What about anime draws you to it?

My dream to become a singer in Japan started because of anime music. It was a huge eye opener for me. Of course, I liked music before, but music tied with animation and a theme was really magical for me. It gave the song double the meaning, double the specialty. The anime series that really started it off for me was Detective Conan. It was one of those series that didn’t just write music just for the series. It took a rock song and somehow turned it into a good collaboration without having an extreme anime vibe. I thought to myself, “Wow, rock and anime go well together. It would be cool if I could sing for an anime like this.” That’s how it all started. I’ve always liked those kind of action thriller or mystery types of anime. My first actual opening theme song was for Phi Brain: Puzzle of God, a puzzle mystery series. That was a dream come true for me.

APA: What’s another anime you’d like to make music for?

I really do like action-packed series. I think it’s because rock goes well with it and the energy of the show gives me a lot of power as well. I’d like to do a song for another anime movie. I’ve done it before with Arpeggio of Blue Steel, but it’s so great to see an anime on the big screen and be surrounded by all the music.

APA: Let’s think about this in the reverse. If you were to make a song, what kind of anime would you want made for it?

If I were to write my own story… I’m a big fantasy fan. I grew up reading and watching Harry Potter and Lord of the Rings. People like anime because you get to go to a different dimension and escape from life. I’d want it to be magical and have characters with super powers. 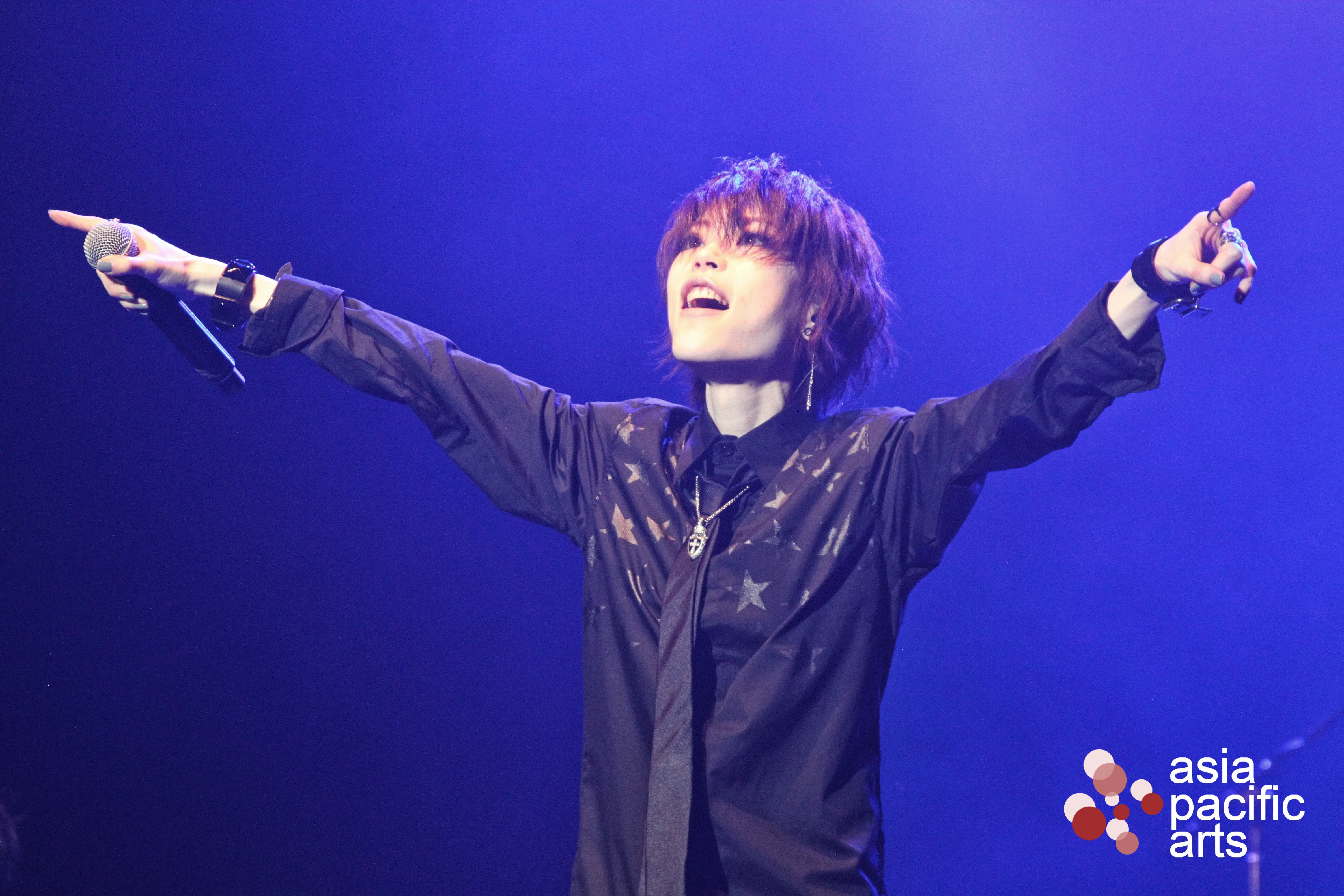 APA: Prior to coming to Fanime, you held a symphony concert “Symphony of Stars.” It’s not often that a rocker performs with an entire orchestra. Can you tell us how that came about?

I actually listened to a lot of classical music when I was little and I love it. Even though I’m a rocker, I think classical music and rock can be a very magical combination. I wanted to be able to try myself. To conclude my fifth year celebrations, I wanted the finale to be a huge magical event, if I could make it happen. We put in a lot of effort and time into the concert itself and after the concert, I did not have one single regret. Perhaps over the past five years, Symphony of Stars has been one of the most satisfactory events of my career. If I were to name one goal that I have achieved so far, that would be it.

APA: As a Japanese American singer, what are your thoughts on the limited accessibility of Japanese music for global listeners? Many international fans feel like they have to work harder to keep up with Japanese music.

Now that I’m working as a professional musician in Japan, I can see the reason for both sides: global listeners wanting more access and Japan being more limited. Before, I was like, “Why can’t we see everything from around the world equally?” That part of me understands the frustration because I wish I could distribute my own music equally around the world. But, I understand why it can’t be right now. I hope though that little by little, these walls crumble down. I think me and my overseas wanting to connect will have something to do with these walls crumbling down. The fans need to keep wanting and being vocal about it and I’m not giving up either. I hope we become closer as time goes on.

APA: What dream will you be chasing next?

Getting to come home to America is just so amazing for me. Being here made me realize that I want to come back again. One of my closer, more realistic goals is to do another concert in America. I promised I would, so I hope that people will come out to see me again.

Check out our photos below from Nano’s performance at Fanime MusicFest! 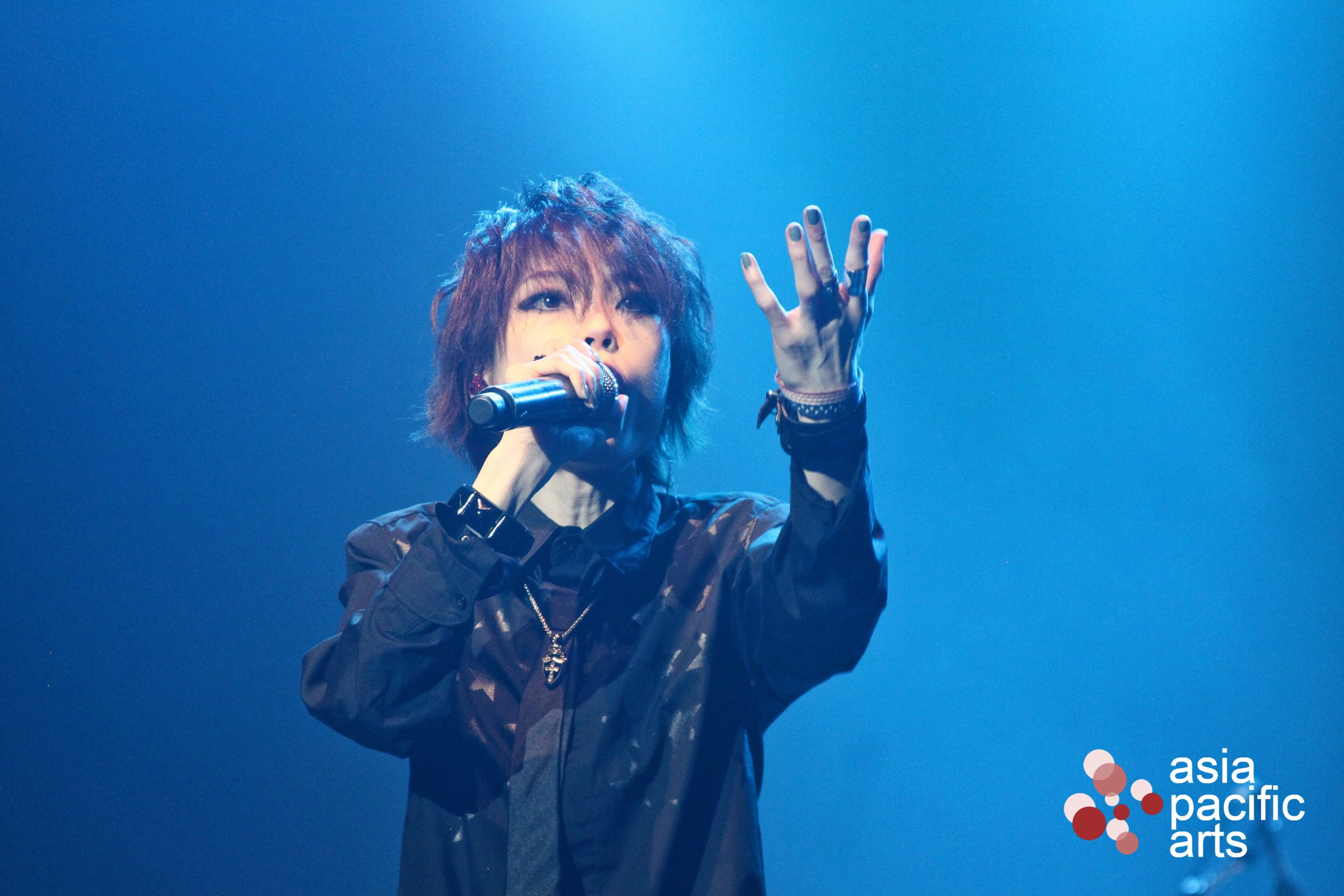