Filling up his day at Silicon Valley Comic Con 2018 with commissions, comic book artist Danny Bulanadi likes to keep himself busy. Even when we sat down for a quick chat, he suggested talking while he worked on drawing of Supergirl to make things more interesting (and to possibly get all his work done).

Despite having a budding art career in the Philippines, Bulanadi decided to immigrate to the US to pursue his dream of working on American comic books. Well known for his inking work from the ‘70s to ‘90s, Bulanadi was often a go-to inker for Marvel and DC for his meticulous and speedy work. APA goes down memory lane with Bulanadi, as he discusses his time at Marvel and DC and what he’s up to now.

APA: How did you get your start at DC and Marvel?

Bulanadi: When I came from the Philippines in 1975, my friend encouraged me to go to the US and work for DC Comics. I made a sample and sent it to the publication. They saw my work and immediately gave me my first assignment, which was for Legion of Super Heroes.

And then Joe Orlando, a senior editor, asked me to help him with one of his projects. When I finished that, they gave me a script for some short stories. They gave me a lot of different work because they know me as a troubleshooter and fast inker and penciler, so that was the beginning of my career with them.

When my work was published, Marvel Comics contacted me to work together. They promised they’d give me more inking work, so I talked to DC about moving to Marvel for a while. They were OK with it. For my first assignment, I worked on small mini heroes; it was very detailed work. They realized that I could help the pencilers do their job faster because in the comic book world, there are many deadlines. The pencilers were very slow, so they needed a fast inker to meet those deadlines. That’s why I got hired to be a permanent inker there. I worked on a lot of different characters, but the last work I did for them was Fantastic Four and Captain America.

APA: What about American comic books interest you? How do they differ from Filipino comic books?

Bulanadi: When I look at the drawings in American comic books, it excites me more. The movement of the characters are different; they’re dynamic. Filipino comic books are usually about love stories. I like action. 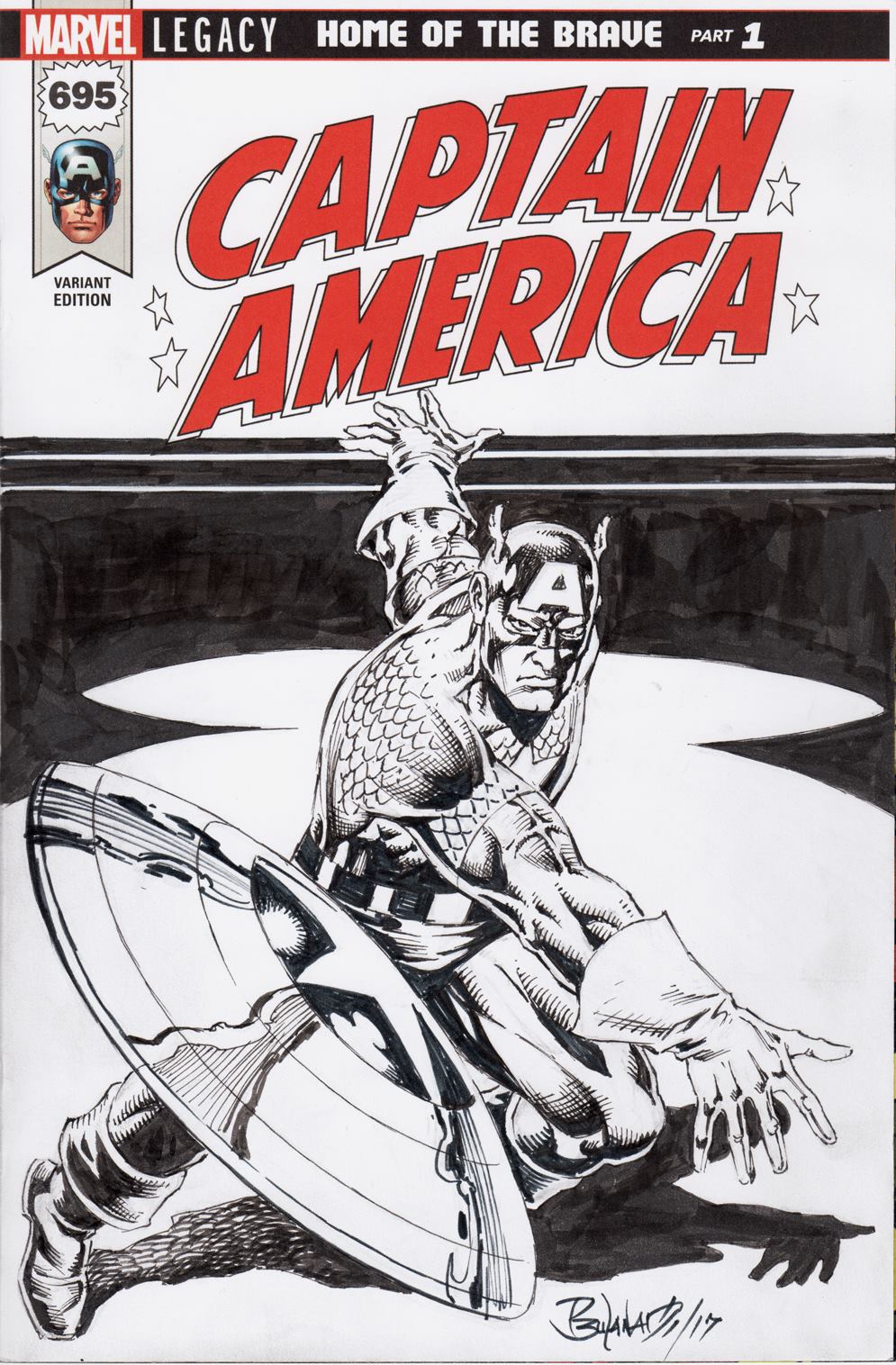 Bulanadi: When I worked for Marvel, my longtime favorite is Captain America. Number 2 is Conan the Barbarian. I like them because I can play more with my black ink. There’s more detail and room to be creative.

APA: What’s new for you?

I just finished doing some comic book illustrations of the Bible for Kingstone. We finished three thick books, so right now I’m just resting for a while and doing some commission work for the fans. I’m enjoying doing this for them because it’s been a long time since I’ve seen them at conventions and now is a good time to meet them. I’d like to get back into comics though.