By Kalai ChikJanuary 4, 2018 No Comments 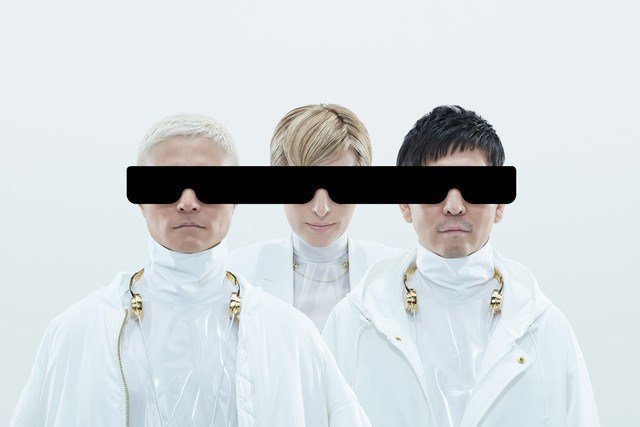 Taku Takahashi, critically acclaimed DJ of hip-hop group m-flo, returns to the US for the seventh time, this time for Kumoricon. With over 20 years of experience in the global music industry, he sets his sights on new horizons by connecting international fans with Japanese creators. This past year, in a partnership with Dai Sato and Eddie Lehecka, Taku launched Otaquest, a news platform that provides the latest in Japanese pop culture from music to anime. In between managing his projects at Kumoricon, APA sits down with Taku to reflect on his career and share what he has planned next.

Taku: It’s been good so far. There are lots of enthusiastic fans who show their appreciation of Japanese culture. Although it’s called Kumoricon (which means cloudy con in Japanese), it’s quite sunny. It’s a lovely place and a great convention.

APA: You’ve been touring this whole year at conventions like Anime Expo and Otakon. Can you tell us about how that’s been?

Taku: It’s been like a tour. Kumoricon is my seventh convention this year and my seventh trip to the US. Each place has a different environment so far.

APA: Has that experience shaped or driven your work?

Taku: Yeah, actually it’s influenced my music a lot. Apparently, I had a very different perspective of my old music. It made me realize what I was doing was not wrong. Usually, I don’t like to go back or be nostalgic about my old stuff, but it gave me some time to reflect and see both the good and bad parts from my recordings. My style of music has changed, but my attitude hasn’t changed. It was about me introducing American, European (mainly British) music to J-pop artists. I just loved it, and believe it or not, the J-pop scene is rather conservative and it’s becoming more conservative. We were trying to expose that. Some people were very interested and some people were disappointed because our music kept changing. The Japanese audience was very frank with me, because they told me they liked the old stuff better and they were very specific about that. Once I had the chance to look back, I noticed that there were some good parts that I did.

APA: Like when artists look back at their old art from 5-6 years ago and think, “Wow, I drew that?”

Taku: Yeah, that’s how I feel about my old music. Maybe when you’re in elementary school, you want to look at your kindergarten art. But once you get to high school or college, you’re able to look back and see how creative you were in the context of a kindergartener.

APA: That’s an important topic to talk about. There are fans who remember your old work and prefer the way you were 10 years ago, but you as an artist, you’re always changing.

APA: Can you tell speak more about that?

Taku: It’s hard to phrase it, but I was trying to introduce Western culture to the J-pop music scene. In my own self-analysis, I sucked in trying to make it sound Western. I couldn’t make it sound exactly like the music in the US. My ability with midi synthesizer and my skills back then made me sound as if I was in-between.

APA: Were you chasing after a certain style from a specific artist?

Taku: A mix of a lot of different US and UK artists, yet I could not get that general sound because I didn’t have that ability. Now, it’s getting much easier because of the advancement of technology. If I wanted to sound like Flume or Marshmello, I can go on YouTube and check how the DJs set up their synthesizer and what kind of synthesizer they had. Back in the day, if I wanted to be like them, I couldn’t because I didn’t have that synthesizer or I didn’t know what model or type it was. So no matter how much I tried to create music like them, I ended up sounding different.

APA: Is there a planned album in the works?

Taku: Since next year is the 20th anniversary of m-flo getting together and releasing our first single, we will be releasing some stuff in March. We’re working on it.

APA: Is it under a Japanese or an American label?

Taku: It’ll be under Avex. Our staff and our secret vocalist is very aware of what’s happening in the US. Verbal has his own path and got connected to people in the US and Europe. I had my own path too and met many people in the US through conventions. We’re very aware of how difficult it is for US people to access Japanese music and we’ve been pushing our label to find different ways to reach them.

Taku: We’re not only focusing on digital, but we are conscious of it. Packaging, live shows, and any way we can reach our fans in both the US and Japan.

APA: What kind of struggles have you experienced so far?

Taku: I’ve been the guy pressuring the label. I recently received some backlash for something I said on Twitter. I wanted to let the them know that K-pop is a genre on iTunes, but since Japanese people are (in a sense) secluded from the world, a lot of them didn’t know that. Some aren’t even aware that many YouTube videos are region-locked and other countries can’t see them. This doesn’t make sense because there’s the problem of other countries pirating just so they can see those locked Japanese music videos. Why not just release it globally? Talking with others in the music industry, they’re simply nervous.

APA: In the sense they want to keep it in Japan?

Taku: They say they want to go global, but they don’t understand what that means or how to do it. Many Japanese labels respect the US music industry, yet they don’t do the research and give up on learning to understand it. People are surprised when I show them my performance at conventions and I think more professionals should take it seriously. Conventions are where Japanese fans, not just anime fans, come here to be exposed to new things.

APA: Is there anything you’d like to say to your fans?

Taku: I’ve made music for anime, I’ve traveled to many conventions, I have friends in the fashion industry, and I have a good friend named Dai Sato. He’s worked on shows such as Cowboy Bepbop and Eureka Seven and he knows a lot of people in the anime industry. Him, Eddie and I started Otaquest to allow people to directly hear from Japanese creators. We’ve got a lot of interesting content and we’d love your support.