When BTS took home the Top Social Artist Award at the Billboard Music Awards 2017 in May, thanks to their dedicated and loyal fanbase, it was unlikely that would be the last American awards stage they would step on. It was the first time ever the Billboard Music Award presented the award in person and specially invited BTS to attend the ceremony to receive their award. Only six months later, BTS was invited to perform at the 2017 American Music Awards and became the first Korean group to perform at the ceremony, also making their official live television debut in the US. On November 19, they performed their latest title track, “DNA,” impressing viewers with their slick performance. On top of that, what likely left an impression on attendees unfamiliar with the group was not only the high volume of ARMY who showed up, but their fervent vocal support which was not truly captured in the official televised performance.

Congrats to @BTS_twt on a stellar performance at last night’s @AMAs! ?#DYK? The South Korean band has succeeded in earning a spot in this year’s #GWR2018 edition for having the world’s most @Twitter engagements for a music group! ??? #BTSxAMAs https://t.co/8kRrByat80 pic.twitter.com/u9mXcPVWDP

On November 24, BTS released a music video of “MIC Drop Remix” featuring Steve Aoki, while the audio track also features Desiigner. The song skyrocketed to #1 on iTunes Overall and the music video hit #1 trending on YouTube. Within 10 days of its release, the music video has reached over 45 million views. With their new song, BTS embarked on a new round of promotions in America. Although the group was only in the US for a week, the group made the most of their time.

In addition to the AMAs, the group received invitations to appear at numerous talk shows. J-Hope once mentioned to a fan on a sticky note that he would like to appear on The Ellen DeGeneres Show and the group finally made their way to her studio. There they premiered their first televised live performance of MIC Drop Remix, as well as DNA, on November 27. BTS also held a brief interview with Ellen, where she jokingly asked whether any of the members have hooked up with an ARMY and V responded, “Not… not. No.” Ellen released additional footage with the group on her Show Me More Show, in which BTS pranked unsuspecting fans with surprise meetings and a fan Q&A interview.

On November 29, Jimmy Kimmel Live aired performances from BTS free mini concert at the show’s live outdoor stage in front of hundreds of fans. Some fans who couldn’t make it into the venue opted to climb fences and cars to get a peek of the show. While fans were waiting in line, Jimmy Kimmel staff decided to play a prank on two unsuspecting fans by asking to interview their moms in the studio. Unbeknown to the fans, their moms were actually hanging out with BTS backstage.

The group performed a six-song set, officially airing only the first two: “MIC Drop Remix,” “Blood, Sweat and Tears,” “Go Go Go,” “Save Me,” “I Need U,” and “Fire.” Due to the zealous reception, Jimmy Kimmel Live! decided to share the rest of the concert on YouTube.

On November 30, The Late Late Show with James Corden aired its episode with BTS, which was actually filmed the day the group arrived in Los Angeles on November 14. The host revealed that he had been trying to book BTS for the past year. Attendees got to watch an intimate studio performance of “DNA” and see the group play a game of “Flinch,” a segment where guests must stand behind a transparent wall and try not to flinch as fruit is hurled at them out of a high-powered cannon.

Not to forget, BTS also did tons of interviews with media littered in between these major TV appearances. Considering all that BTS has done and achieved in their week-long stay in America, they show signs that with their hustle and strong fanbase, world domination might not be that far off in their future. 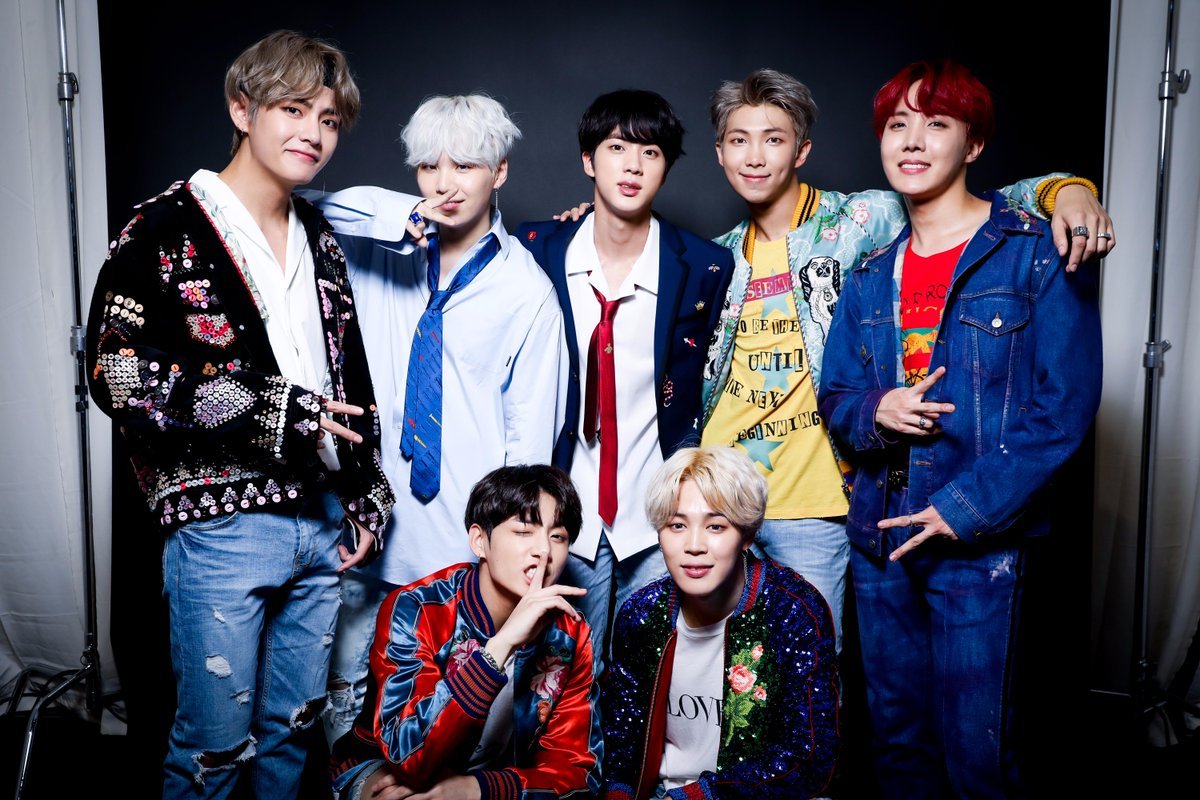