Hit enter to search or ESC to close
BooksFilmReview 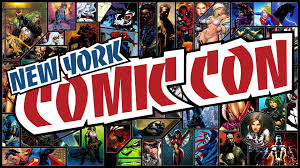 Continuing this year’s comic conventions, New York Comic Con drew in a record breaking 200,000+ attendees over the October 5-8 weekend. The pop culture mecca drew comic fans and guests all over the world, ranging from Fairy Tale manga artist Hiro Mashima to prominent actors like John Cho. Given all of the conventions APA has covered in the past, how does NYCC stack up against the rest?

This year, NYCC reportedly sold over 200,000 tickets compared to the estimate of 167,000 tickets sold (capped) at SDCC. In comparison to SDCC, there were far more bottlenecks and crowding at NYCC due to construction and lack of large marketing tents in the surrounding areas. Although NYCC sells more tickets than SDCC (because of SDCC’s self-imposed cap), the physical amount of space and marketing events outside the convention were far less in number than SDCC. Crowding was naturally dispersed by the 15-minute walk to other major NYCC panels at the Madison Square Garden and the Hammerstein Ballroom.

With openly armed police squads at every entrance and exit, security was evident at the convention center. Unlike SDCC which requires attendees to tap in and out at any door, NYCC had designated entrances and exits, metal detectors, and multiple security checkpoints. However, the heavy security measures didn’t detract from the event and most con goers were unfazed by the changes.

DC Comics is known for its heavy presence at West coast conventions such as WonderCon and Emerald City Comic Con, but NYCC is Marvel town. Marvel had huge social buzz from its TV and film projects such as the heavily anticipated Runaways and Cloak and Dagger. Although due to concerns after the Las Vegas shooting, the panel for Netflix/Marvel series The Punisher was cancelled. On top of that, at a Marvel comic panel, a retailer loudly announced his distaste for Marvel’s “forced” integration of diversity in its relaunch of its classic characters.

Impressive marketing efforts included the Jigsaw VR and escape room challenge right outside the convention center. Pairs were chained to each other, faced with a life-death prisoner’s dilemma in which Jigsaw grants each individual the choice of saving themselves or saving their partner. Once that VR experience was completed, the pair would be matched up with another pair and given 10 minutes to find two keys to escape a small room with a haunting Jigsaw actor watching their every move.

Although NYCC has far outgrown the Javits Center just as SDCC has outgrown the San Diego Convention Center, both are testaments to the exponentially increasing interest in pop culture entertainment. Neither show signs of slowing with next year’s iteration of fan conventions increasing their events, though hopefully in larger venues.