Following the success of Makoto Shinkai’s Your Name, critically acclaimed studio Kyoto Animation releases a movie adaptation of Yoshitoki Oima’s manga. In the past five years, Western film watchers have begun to widen their palate of Japanese animated films away from just Ghibli and A Silent Voice is a welcome addition.

One of the challenges of adapting from source material is that there isn’t as much creative freedom as working with a completely new story. Of course, this is a challenge KyoAni knows too well as it has created visually appealing anime with all of its adaptations. In a field overwhelmingly dominated by men, this movie is headed by women: Naoko Yamada (director), Reiko Yoshida (screenwriter), and Yoshitoki Oima (creator). Director Yamada does a decent job of combining seven volumes worth of material into a two hour feature film. As KyoAni’s first movie adaptation without a previously existing TV series, there are plenty of plot holes and problems with the character development—weaknesses that could have been remedied with a 13 episode series.

Tranquil and slow-paced, the story focuses on the high school drama of a developing relationship between Ishida Shoya (voiced by Miyu Irino) and Nishimiya Shoko (voiced by Saori Hayami). The movie follows both characters throughout elementary school to their current high school years. Shoko is deaf and is continually bullied, actively and passively, by her classmates. One of the bullies, Shoya, is eventually singled out for his actions. After a call from the school, he realizes the impact it has on his mother and only regrets his actions when his classmates throw him aside.

KyoAni focuses more on animation style, where it shows rather than tells, instead of building character and story development. Their brand of visual storytelling successfully conveys Shoya’s awkwardness and anxiety: the moving crosses on faces and the shots of nervously shuffling feet. However, visual storytelling can only do so much to set up the movie. Unfortunately, the audience is left dumbfounded by Shoya’s suicide attempt because there’s not enough in the storytelling to understand his emotions and motivations. Whether it be his first suicide attempt to his sudden willingness to change as he clings to Shoko in the movie’s climax, Shoya’s emotional process is a mystery. 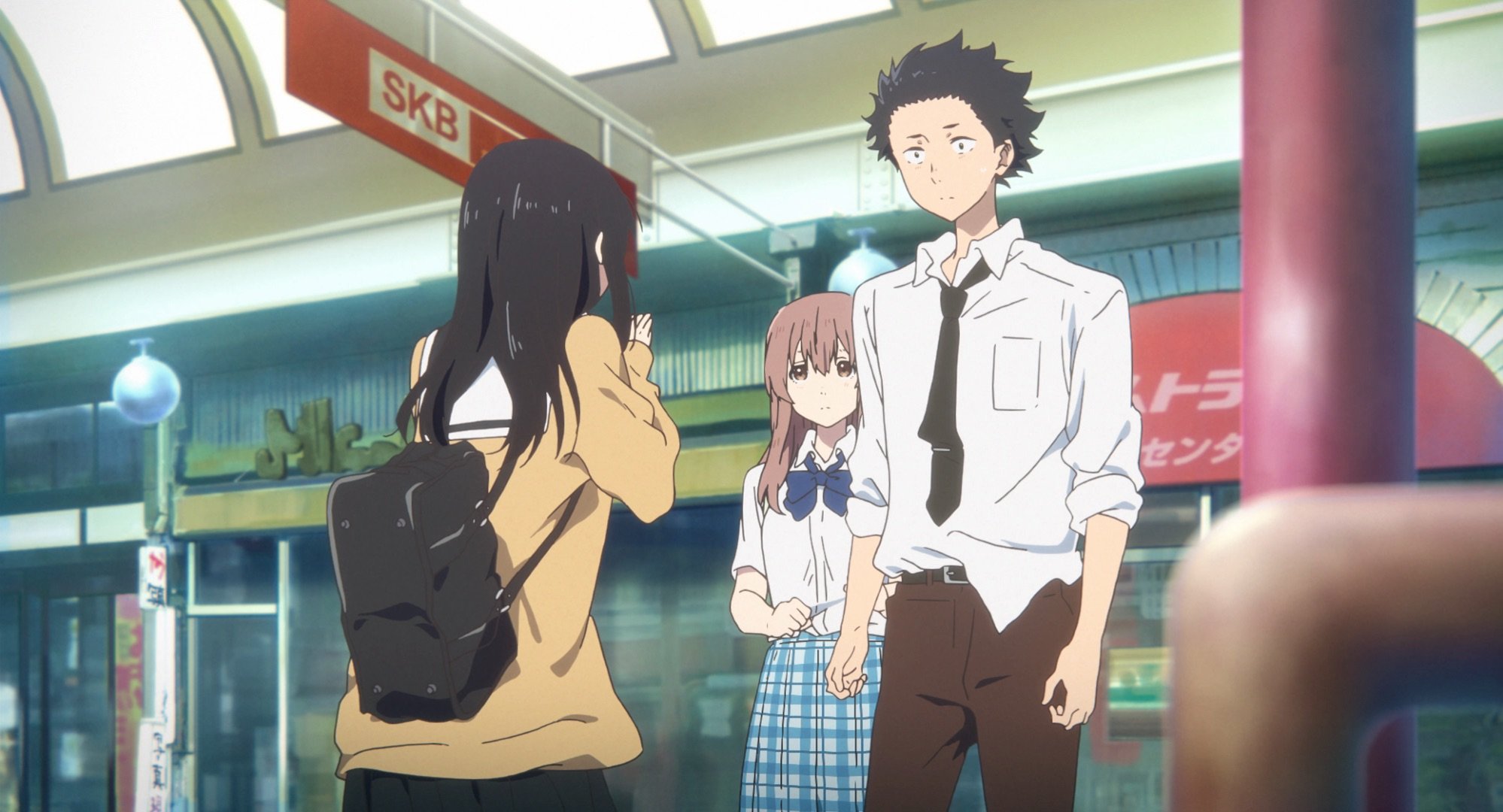 The two most impactful scenes of the story were both after the movie’s turning point: the text exchange during Shoko’s dream where Shoya tells Shoko that he’s been thinking about dying and the very final scene where Shoya’s bonds with the people he made culminates to an emotional release of his fear and anxiety around his distrust of the strangers around him. Had the movie focused more on the main two character’s increasing feelings of self-doubt rather than teenage politics, perhaps the movie wouldn’t have suffered a tremendous lack of emotional payoff.

A narrative that focuses on the bully’s perspective is a tricky road to navigate, but it’s done well enough to satisfy audiences that have never seen the source material. A Silent Voice exemplifies Kyoto Animation’s strength in beautiful animation while highlighting its weaknesses in storytelling. Although the adaptation wasn’t as strong as it could’ve been, it leaves the future open for more movie first/only adaptations. 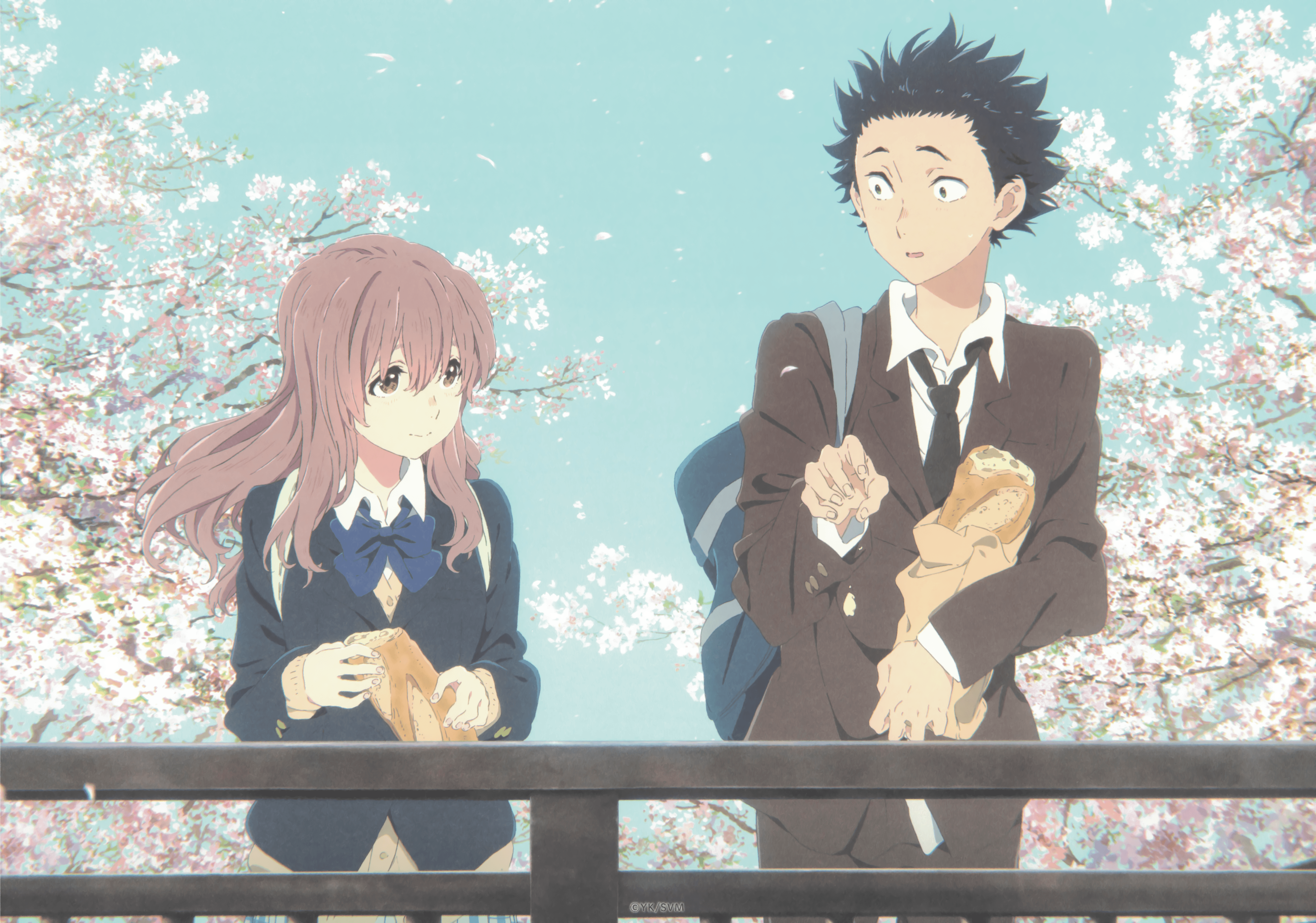