Hit enter to search or ESC to close
InterviewStage 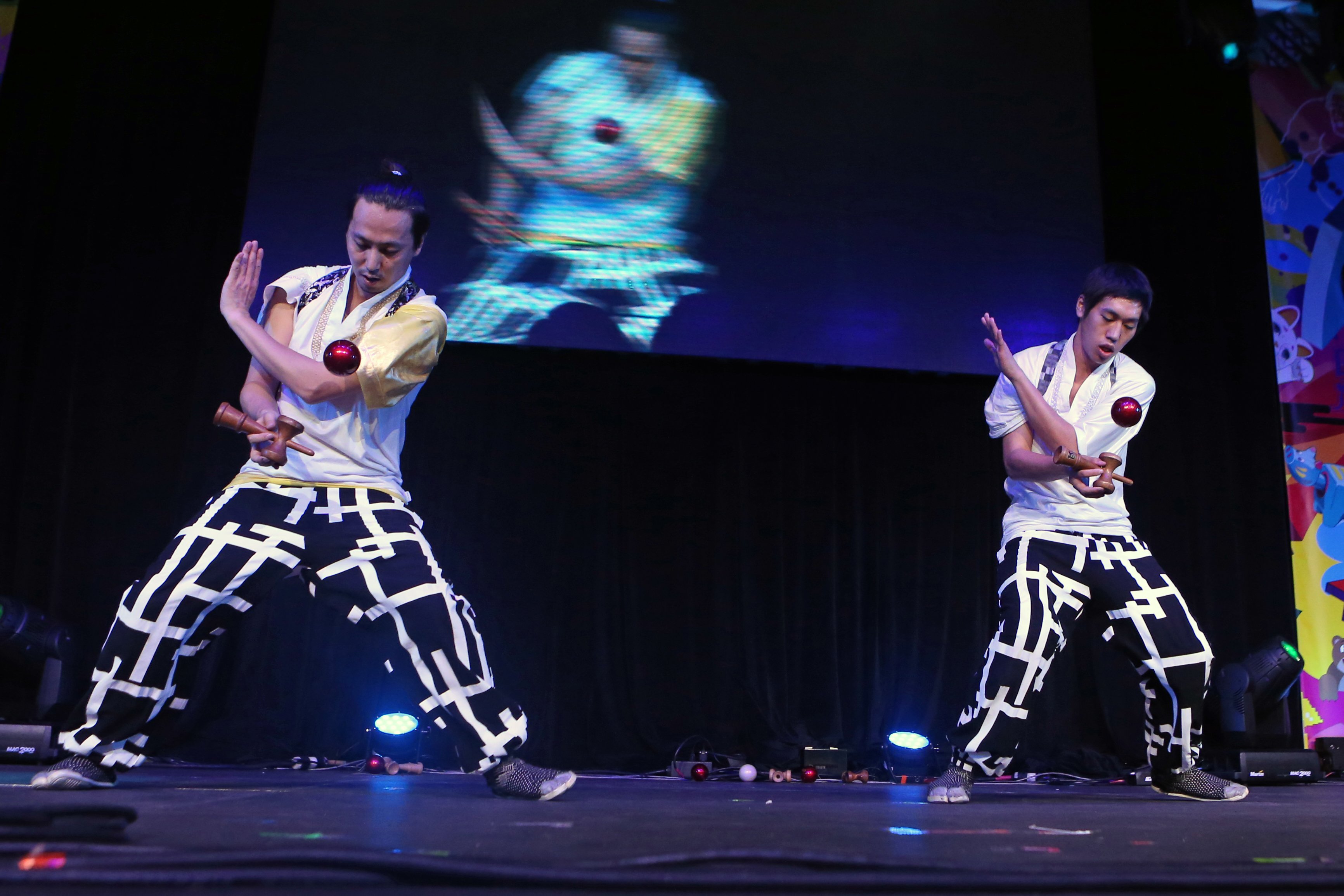 Comprised of Kodaman (Kodama Takeshi) and Easy (Ijima Hiroki), Zoomadanke aims to inspire people and show them the endless ways one can enjoy the traditional Japanese toy, kendama. APA chats with Zoomadanke and learns more about the duo’s origins and how they get creative with kendama.

APA: When was the first time you enjoyed kendama and decided that you wanted to make kendama your career?

Easy: I started doing it after school when I was in 3rd grade. My teacher introduced it to me and I just kept doing it.

Kodaman: I started when I was about 30 years old and then we decided to perform together and do something nobody has ever seen before. Now it’s been about seven years since then.

APA: How exactly did you two meet?

Kodaman: To keep it simple, we met each other at a class where you can learn more about toys.

APA: Why did making a duo appeal to you both?

Kodaman: The duo concept would allow for us to do a lot more tricks. At first, we began performing in front of kids at educational institutions, but later it ended up getting bigger and we started to put on showcases.

APA: How do you create performances for different audiences such as Japanese children and international viewers?

Easy: It’s different in that 99% of Japanese know what kendama is and have used it before, so we differentiate our audiences as domestic or international. Since most Japanese are familiar with kendama, we try to do something fresh and show them that there’s many other things that can be done with the kendama. For overseas audience, there are not many people who know about kendama, so we try to make it look really cool and show off a lot of difficult tricks.

APA: How do you go about learning and making up tricks?

Easy: There are already 30,000 techniques that exist already, so we work hard to learn those. Regardless of country, there are kendama players all around the world experimenting and making new tricks everyday, so we also work hard to innovate and create new skills.

APA: I’ve seen that you’ve used a couple of interesting variations of the kendama in your performance. Can you tell us more about that?

Kodaman: Sometimes, we perform with kendama without strings. It allows us to create a more dynamic performance because we can throw the ball back and forth and also throw it really high. We’re probably the only ones to perform with those. As for when we’re just playing, we use a lot of different brands.

APA: How many kendama do you own?

Kodaman: For performances, we probably own like five each. But personally to play with, I have a lot… maybe 150…? I really like collecting kendama from different places and seeing how they’re different.APA: You perform some pretty challenging and impressive tricks. Is there anything you do before you perform?

Easy: Like any other performer, there’s no way you can guarantee that something will succeed 100% of the time. We practice a lot, so that we develop the confidence in each of our tricks so that when we do it on stage, we’re not too nervous about doing it.

Kodaman: Yes, we practice hundreds and thousands of times, so to be honest, I’m not really that worried. Recently that’s how I feel. In order for people to enjoy the performance, we have to also enjoy it.

APA: What do you want to experiment with or challenge next?

Kodaman: There are a lot of different kinds of kendama that we use, but we’d like to do collaborations like with different kinds of people, combine our performance with technology or dance. Also, we’d love to visit more countries that we’ve never traveled to before.

APA: Lastly, what are your plans for the rest of the year?

Kodaman: In November, we’ll be heading to Cebu, Philippines. Beginning of next year, we’ll be in Romania. Later, we’ll go to Germany. And domestically, we have a lot of performance events for the rest of the year. We’re looking forward to showing more people about kendama!

Easy: We always talk about our future plans and how we can show more people about kendama. It would be great if we could participate as part of the Tokyo Olympics 2020 as part of the opening ceremony. We really would be so honored to do that.