Hit enter to search or ESC to close
ArtInterviewTV

By Mai NguyenSeptember 2, 2017 No Comments 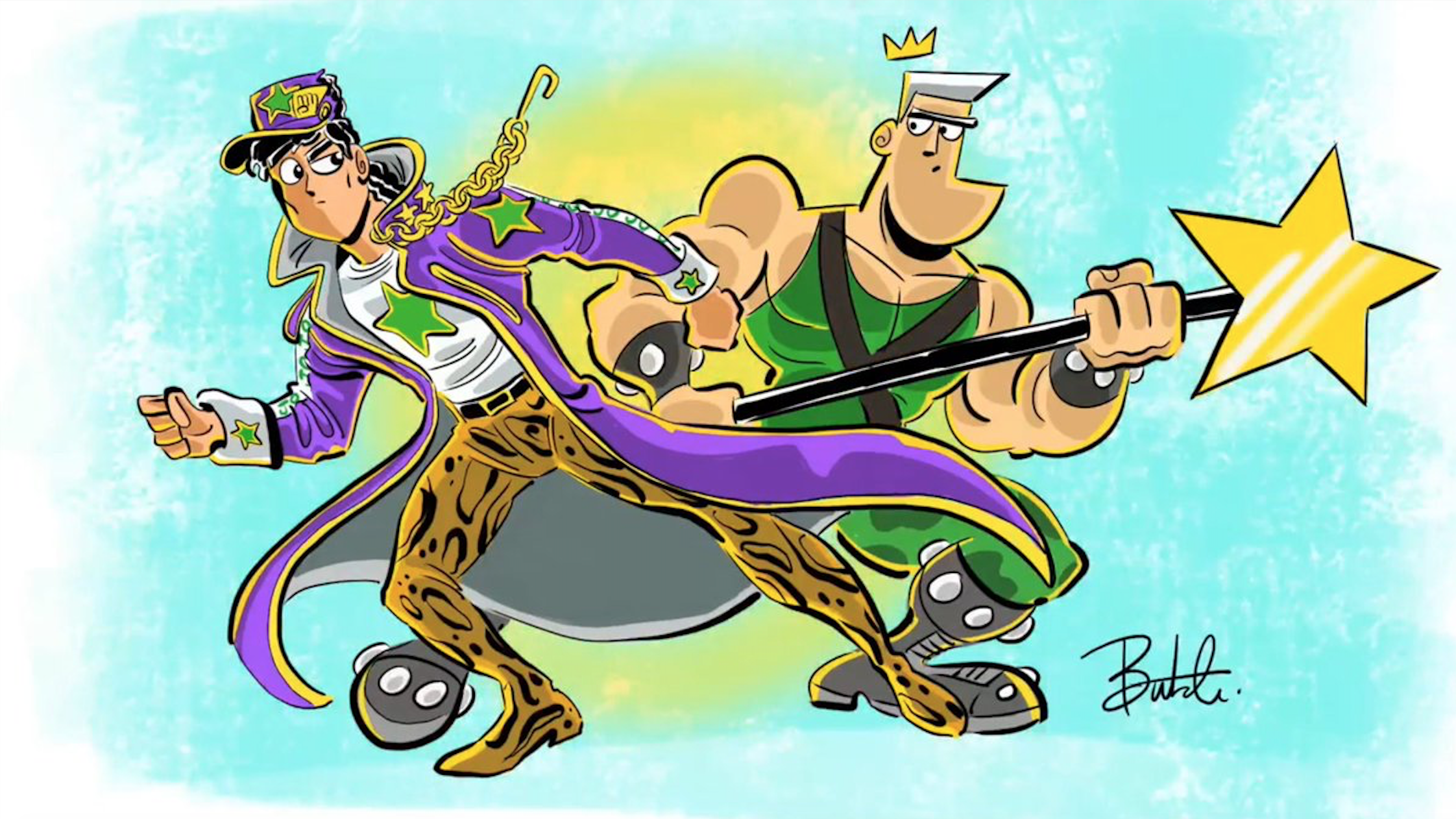 Well known for his animated series Fairly OddParents and Danny Phantom, Butch Hartman is a creator who wears many hats, having worked on different projects as animator, writer, director producer and actor. In 2015, he also launched His other works include T.U.F.F. Puppy and Bunsen is a Beast. At Crunchyroll’s first convention, APA speaks with Butch about how anime has influenced his work and his upcoming anime-inspired series Elf Detective.

APA: Here you are at Crunchyroll, which is self-described as a Japanese animation and pop culture convention! What brings you here?

The way I got with Crunchyroll is one of my Youtube videos. I did a video in which I drew anime characters in the Fairly OddParents style and they saw it and said, “Wow, we love this and we want to sponsor you for another video.” So, I did another video with more anime characters and then, I was invited to come out to the convention.

APA: Speaking of those videos, you drew so many different iconic anime characters in your own style. Did you gain any inspiration?

I get a lot of inspiration from anime because I kind of grew up on it. When I was a kid, I watched shows like Speed Racer, Kimba the White Lion and Astro Boy. I’ve always loved anime, comic books and superheroes, so I always draw things from those genres. Actually, I’m working on an anime-inspired show right now called Elf Detective. It’s about an elf who fights mythological crime. It’ll be completely self-produced and will be very Danny Phantom-esque. Hopefully, it’ll have the mood of an anime, but be in my own style.

APA: Not only do you draw anime characters in your own style, you also pair them with one of your own characters. Which crossover would be your ultimate favorite?

APA: You mentioned that you’ve watched anime since you were young. What kind of differences do you see in anime and cartoons?

When I was watching Astro Boy and Kimba back in the day, they would have these giant eyes with tons of highlights in them. The eyes would always vibrate with this kind of wetness and that was amazing. On the other hand, Hanna-Barbera characters don’t do that. Their eyes would just be open and have their pupils. Anime characters are always so much more detailed. They’d also always have that hair hanging in the face. I think it’s so cool. In Japanese art, man is depicted very small, while nature is depicted huge. I think they do that as well in anime. I really like the attention to the surroundings around characters.

APA: I think many of us when we’re young, we like cartoons and we like to doodle, but not everyone ends up becoming an artist and animator for a living. How did you know this was for you?

When I was a kid, I knew I loved to draw, create and write. I simply knew I needed to just keep doing them. When I was 15, I was in Michigan, which is a very cold state. I ordered some art supplies from a place in California called “Cartoon Color.” I remember it was a dark and snowy night when the mailman came to the door with my box. I opened it up and it was like sunshine came out of it, along with all my art supplies. I knew I wanted to achieve this vision I had and so I kept at it. Then, I came out to California to go to CalArts.

APA: It was like destiny, wasn’t it? You got a box from California and you ended up coming out here too.

Yeah, it was! It was pretty cool.


APA: After graduating from CalArts, you went on to work on some pretty popular shows like Dexter’s Lab and Johnny Bravo. Can you tell us what that was like?

When you’re a young artist, you have to learn how to adapt to other people’s stylies and work. When I was working on Dexter’s Lab, you have to well, learn how to draw in that style. I was in a building and the guys from Dexter’s Lab were down the hall. They were falling behind schedule and were looking for somebody to help them out? “Do you do backgrounds?” they asked me and I was like, “Sure.” But actually, I’ve never done a background before. Just thought I should step out of my comfort zone and just do it. They needed a lab, so I drew a room with walls covered in monitors with buttons, gadgets and handles everywhere.

They later were like, “Great, can you do more? What about storyboards?” I agreed again without having ever done it in my life. On Dexter’s Lab, they never really wrote scripts. They just wanted to do both the storyboard and script at the same time, which I don’t prefer. I learned from experience not to do this becuase not many artists can write. Fortunately, I was one that could. They would give me a sentence like “Dexter and Dee Dee go into an ant hill and Dexter has an invention called the Ant Pants” and I would just create a story around that, while they were boarding it. At the end of the day, the episode came out saying storyboard by Butch Hartman, but written by the guy who gave me the sentence. [laughs] Not very fair, but I realized on my shows, I would have writers and artists. My writers create the stories and then give them to the artists, who will enhance the writing. If the writing is good enough to begin with, the show will become much stronger.

APA: Let’s talk about the Fairly OddParents. Your show’s been running since 2001, so technically, it’s like a teenager now.

APA: What would you say has given it the life to last this long?

The characters are relatable because they speak to parts of us. Cosmo being the silly one, Wanda being the voice of reason and Timmy being the kid. Timmy makes wishes for himself because that’s what every kid would do: I want more ice cream, I don’t want to get a haircut,, I want to have everyday be Saturday.

APA: Since Danny Phantom has ended, you’ve released a couple of works related to him. Some fans hope that a revival may be in the works?

Well, I hope there can be a revival. Nickelodeon owns the rights to that. I would love to expand it in some way if they would want to. I’ve done a couple of videos on my channel that shows where the characters might be 10 years from now. There’s a big fanbase that I’m just very grateful for.

Circling back to your upcoming show Elf Detective that you mentioned before, can you give us more details on that?

I don’t know a ton of details yet since the story is still being worked out. There are mythological creatures that live amongst us and some of us notice them, while others don’t. There’s an elf detective who is part of something like a police force and he fights mythological crime. Something is happening to the mythological creatures and he’s got to stop the crime. However, he’s blamed for the crime, so he has to also prove his own innocence by solving the crime. I would say it’s like a mix of Danny Phantom and One Punch Man.

APA: When can we get more details?

We’ll do another interview about it later. [laughs] I would say within the next year there should be something animated that people will hopefully share and like.

My motto is “Have no fear.” So many people are afraid of things and sometimes the only thing that’s keeping you away from your goal is your own fear. No matter how scary or far away your goal seems, you’ll never get there if you don’t keep moving forward.

Online Gaming Through the Lens of Three Modern C-dramas