Cartoon Network’s highly acclaimed series Steven Universe comes back with a brand new season of questions and new characters. The show has been praised for its inclusion of diverse characters, both on and off screen, and its way of covering difficult subjects. Although there’s no news on when the next Steven Bomb will drop, fans are kept on the edge of their seats with the current slate of episodes from the newest season.

APA had a quick chat with Rebecca Sugar, creator of the series, to talk about some of the influences in her life and anime series that she drew inspiration from. Also, Zach Callison, the voice of Steven Universe, shared with APA a glimpse into his current and future projects and how he’s growing in his career.

APA: Congratulations on your recent Emmy Nomination for Mr. Greg! I hope we get to see, “It’s Over, Isn’t It” performed live at the Emmy’s. How are you feeling right now?

Rebecca: I’m so excited and I’m so glad it’s that one. It’s been such a lifelong dream to make a musical. They’re always my favorite ones and everyone was firing all out for that episodes. All of the backgrounds were incredible; the art was so beautiful. And I got to compose music with Jeff, Joe, and Ian. It has a special place in my heart. While I was watching in the edit bay, I teared up because it’s the culmination of everything I ever wanted. It’s wonderful.

APA: Not to mention, Didi crushing it.

Rebecca: She was performing Tommy at East West Players and she had been doing shows constantly. She came in and knocked it out. We did several takes and each one of them sounds incredible. I love writing songs for her. There are notes in that songs that I cannot hit, but I know she can definitely hit.

APA: A lot of the show’s symbolism seems very inspired by series like Revolutionary Girl Utena. Can you tell us more about how that series has influenced Steven Universe?

Rebecca: When I was a teenager, that show was an epiphany for me. The way it plays with the semiotics of gender and the fact that I was a bisexual teenager watching a show like Utena, it was stunning! The show is beautiful and how after Utena was saved by a prince that she wanted to be a prince. It’s so funny and so extreme. That was a huge influence on me as well. Something that could be so dramatic and so beautiful, but so wacky. Like how they want to shatter the world, it’s all so extreme and funny. When I was in Japan, I went to see the Takarazuka Theater. I got to see Princess Night, which has clear influence from Utena. When I went to the theater, I saw them perform Guys and Dolls! The Takarazuka Theater has a huge influence on Steven Universe as well.

APA: Steven Universe subverts a lot of tropes and what we as a society expect from a male hero. Can you tell us about that?

Rebecca: One of the things I really wanted to do when I went into this show was address how intensely gendered shows for children are and dissolve that. That was my first goal. It came in large part, as a kid, I gravitated towards boy shows and felt extremely guilty about it. I understood that it wasn’t really for me. When I went into this, I didn’t want anyone to feel that way in terms of being gender non-conforming as a show.

APA: For the ending song, “Love Like You,” is it connected to any of the characters? Or is it something else?

Rebecca: It’s so unusual. It started as a song from the point of view of all gems and a thesis for the entire show. It’s kind of towards Steven but also it’s from me towards my brother Steven. What’s so strange about it was because it was in the credits, we wrote the song in little pieces over the course of three years. When I started it, it’s about an alien that’s looking at a human being who loves them. The secret meaning is that they don’t have the capacity to feel this way because they’re an alien. By the middle of it, I was deep into the show and going through a real crisis of confidence. It was coming from a real place where I was thinking, “Why are people looking to me? It’s not right.” People were coming out of the woodwork to thank me for the show and people who had become comfortable with themselves and it was incredible. I hadn’t been able to do that and I was thinking, “I’m so inspired by everyone. Why are they thanking me?” When we finished it, about a year later, I realized the beginning was not what I had thought about at all. It’s not a silly secret meaning about an alien that doesn’t understand humans, it’s about how I’ve always loved my brother and had these people who would love me unconditionally in my life. But because of my own insecurities, I wasn’t able to be there for him 100% of the time. This is maybe one of the most human things I’ve ever written, and I wrote it by accident. 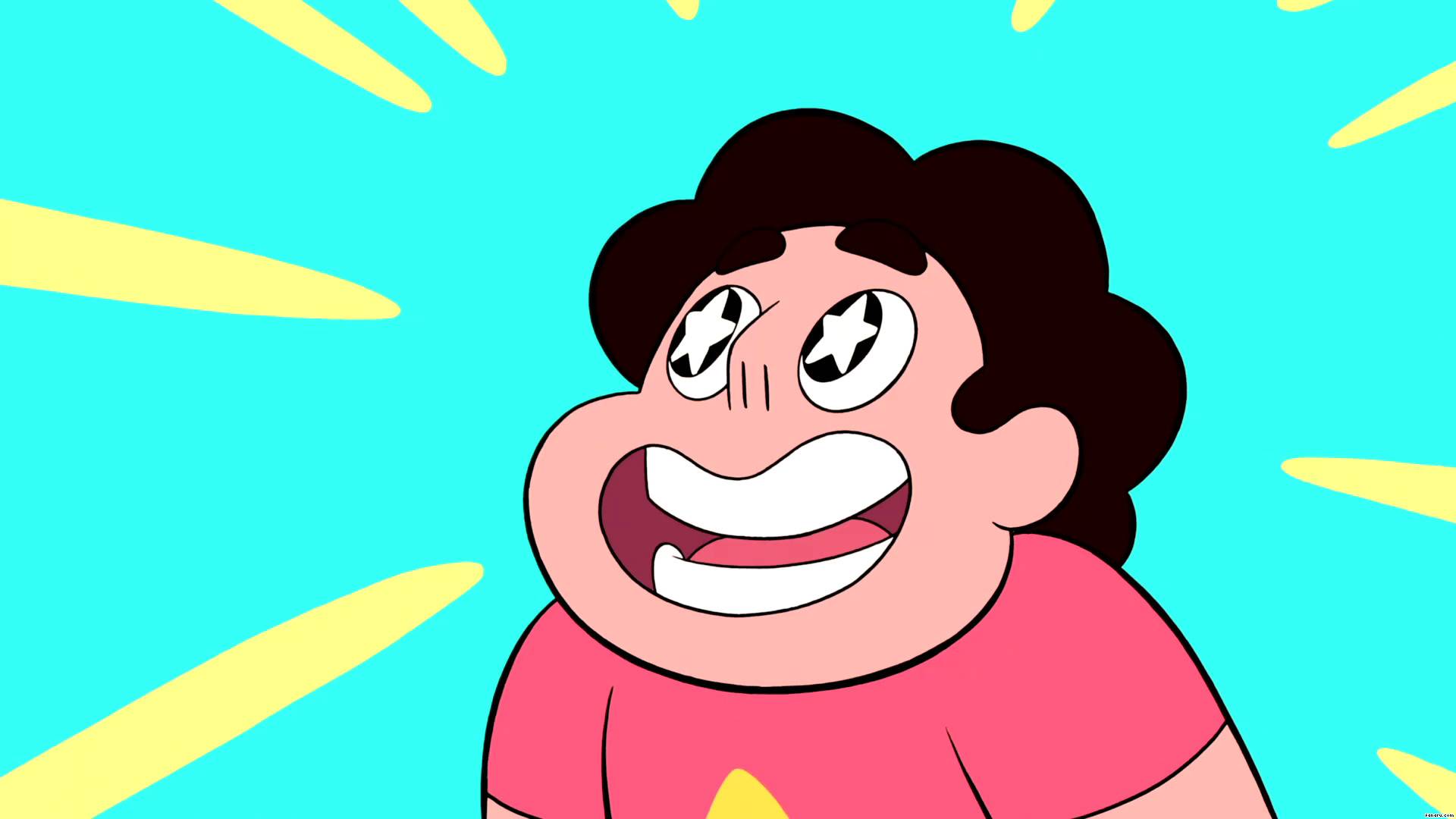 APA: You’ve been voicing Steven for about 4 years.

Zach: Actually, the pilot came out 5 years ago!

APA: And that’s a really long time to be voicing one character. What’s the most difficult part of voicing Steven for so long?

Zach: By season 4, my voice change had finished. I found a way to be stable about it. I also get sick a lot and I’ve never had a good immune system. I have to be careful when I come into record and take care of my voice. Playing the character is much easier now because I’ve played him for so long and he lives in my head. It’s second nature to play him. It’s more physical limitations than emotional or mental ones.

APA: Over the series, Steven has grown up while still maintaining a certain innocence. How is he able to hold onto that while faced with so much horror?

Zach: Steven, at his core, has that childlike wonder and he cares for his friends. He’ll always have that childlike energy, very happy go lucky. But it’s things that happen to him that shape his character. You’ll see big differences between when he’s just hanging around town versus when he’s fighting.

APA: What is your favorite aspect of Steven?

Zach: I love that he has a sense of humor even in the worst situations and that he always gives people a chance. He’s fighting Bismuth but he tells her to look out, even though he’s fighting her and she’s actively trying to get him. Violence is always a last resort. For better or for worse, he always tries to talk the fight through.

Zach: I’ve not learned any of the songs from the series. I love doing covers but I took them all down from YouTube because it was me being very young. I was known as the “Drops of Jupiter” kid by my circle of friends. I’ve been playing less covers than I’d like to. I’ve been focusing more on writing music and getting into the studios with my producers. I’m really passionate about making this music all happen. I’m planning to drop my single this fall ideally.