As the behemoth of conventions, movie and TV studios break out their big guns to attract the eyes of pop culture fans around the world. Marvel, DC Comics, Netflix, Hulu, Adult Swim — to name a few — brought impressive marketing campaigns that bring attendees into the world of their favorite TV show or movie. But how does Asian media and culture fit into the picture?

One of the growing trends between Japanese media and Western media is the promotion of anime and manga at events such as San Diego Comic Con. Similar to how other Asian companies, such as Korean digital webtoon platform Lezhin Comics, are riding off the popularity of Anime Expo and engaging with the audience overlap, the anime industry has been investing heavily into the Western audience outside of anime conventions. VIZ, Funimation, Konami, and the like have been a growing population at the convention. Although they lacked the marketing push their booths put out at Anime Expo, Crunchyroll focused its efforts on an industry panel rather than push its subscription model on the show floor. One booth stood out among the rest with its must-have SDCC exclusive: Kotobukiya.

While the distributors and studios were focused on pushing physical sales for DVDs and comics, figure manufacturer Kotobukiya attracted all pop culture fans. Capturing the popularity of Wonder Woman, Kotobukiya’s in-house illustrator Sakurai created an adorable Wonder Woman rubber charm with a lanyard specifically for those at the convention, which sold out almost immediately. Although Kotobukiya is most famous for its risqué Bishoujo series figures, anime-styled versions of famous female comic book characters, this year the company gave the world its first look at its Ikemen, or handsome male series. Kotobukiya redesigned male superheroes as alluring models to create new stories alongside the Bishoujo ones. 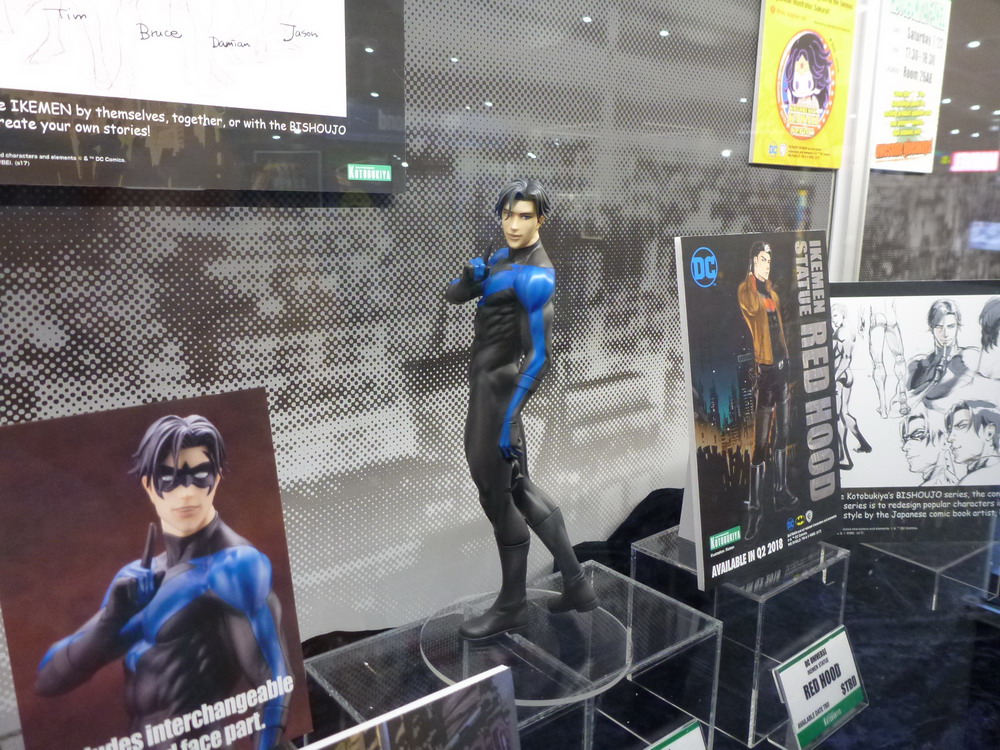 First off is Nightwing, whose sketches were revealed at last year’s Comic Con. Beside him was a sketch of Red Hood, the next Robin in the Bat family. Preorders and interest in Nightwing assets were strong, exemplifying the growing buying power of female figure collectors. Other than figures, the company is bringing back the popularity of rubber charms for the Batman characters. Cute miniature versions of fan favorites like Harley Quinn, Joker, Cat Woman, among others were up for pre-order. Whatever the future is, the partnership for anime and comics continues to be strong. 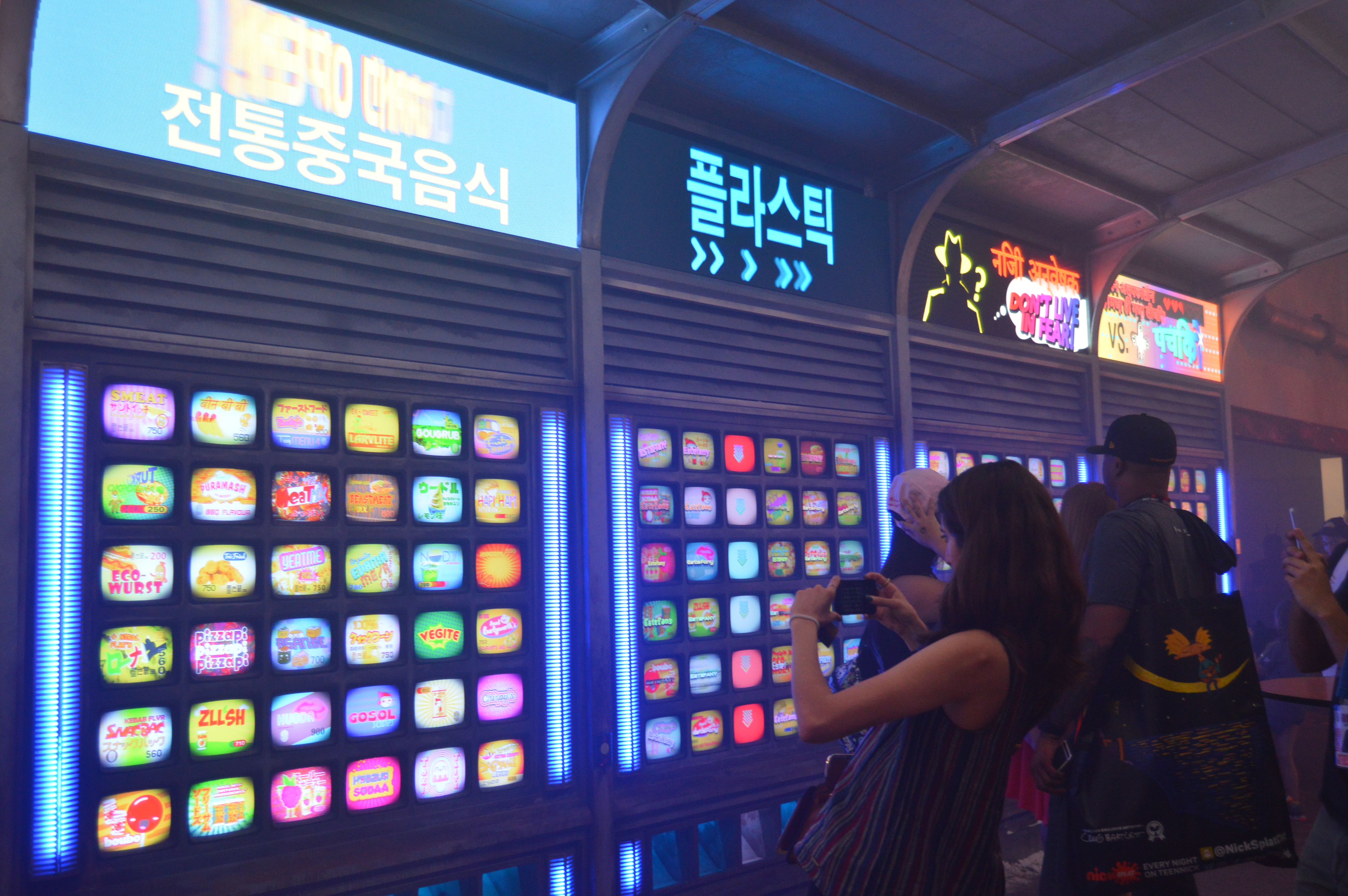 Aside from products at Dealer’s Hall, outside events such as the Blade Runner VR and immersive experience, showcased the growing influence of Asian culture on Hollywood. Drawing from the scenery of a rainy, narrow Tokyo side street, the Blade Runner 2049 experience transports the visitor into an Asian-inspired cyberpunk dystopia. Neon signs, reminiscent of Shibuya, in various languages were prominent all over the walls. Regardless of whether the mistranslated or poorly chosen words were an active decision by the marketing team, the appropriated words ruined the atmosphere, turning it into a bad tattoo parlor. These signs eventually led to an even bigger wall of screens which functioned like a Japanese vending machine, flashing the attendee’s name before dropping an SDCC exclusive Blade Runner 2049 shirt.

Although Comic Con isn’t as rich with Asian media as Anime Expo, there are signs that interest in Asian culture is growing faster than ever. Will other giant conventions like New York Comic Con continue this trend?