Presented by Funimation, Anime Expo hosted its first ever live action film world premiere with Tokyo Ghoul on July 3rd. To mark the special event, director Hagiwara Kentaro, producer Nagae Tomohiro and lead actor Kubota Masataka attended the premiere. Anticipation ran high as fans lined up for the screening hours in advance, with the long line looping all across both floors of the venue. Moreover, numerous attendees expressed their love for the series with such impressive cosplay that producer Nagae couldn’t help but note, “I thought only Kubota-san was the only person who could play Kaneki, but I saw at least 30 people today who could be Kaneki.”

Tokyo Ghoul follows the tumultuous journey of shy, reserved Kaneki Ken (Kubota Masataka) whose life takes the most unexpected of turns when a bloodthirsty ghoul Rize attacks him. Although the ghoul dies in a freak accident, he survives the near-death experience due to her organs being transplanted into his body, turning him into a half-human half-ghoul. Viewers are taken on a psychological roller coaster as Kaneki struggles to deal with his newfound life and the fact he can no longer eat human food, but instead, must eat humans to live. 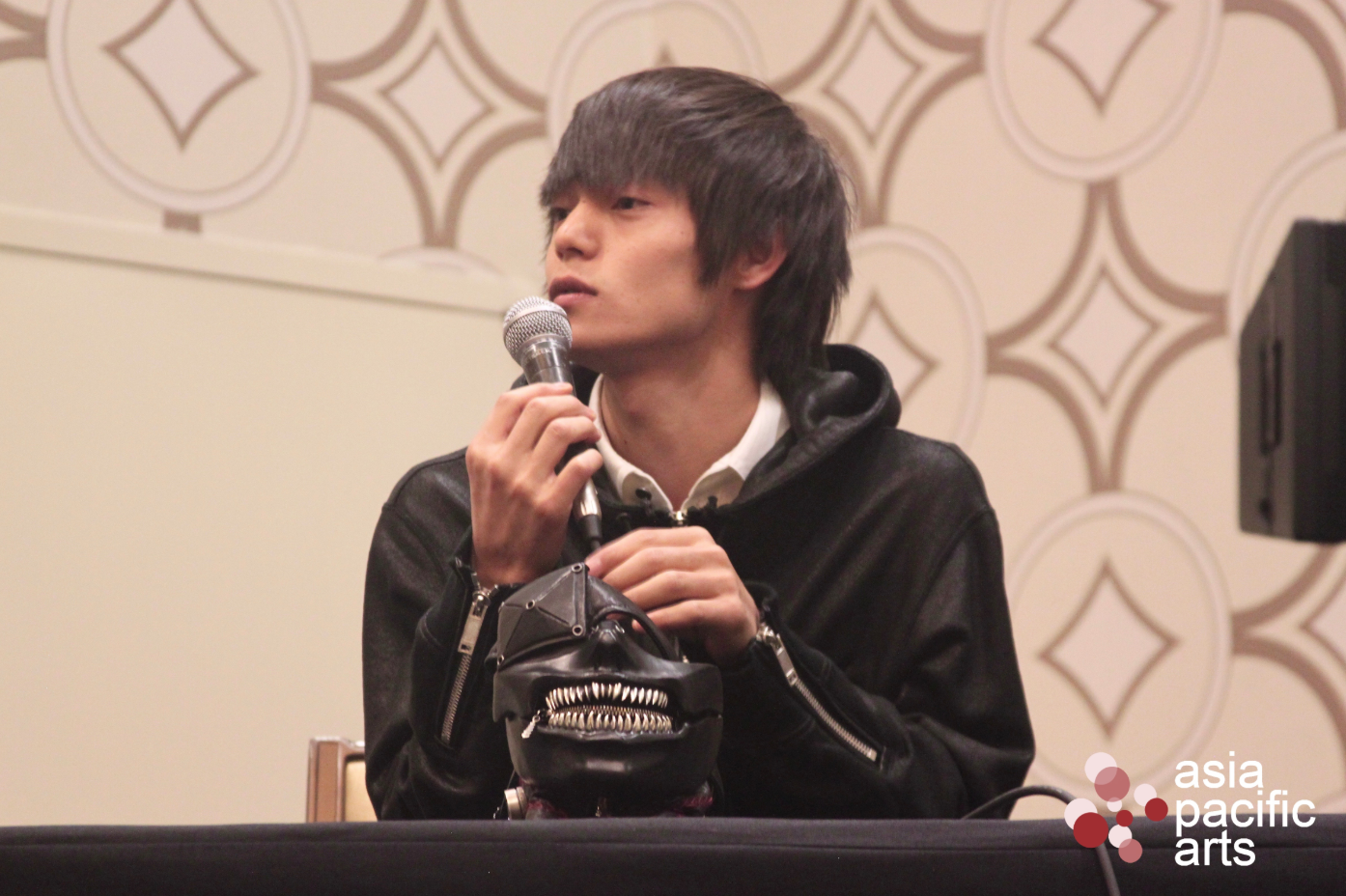 Kubota’s performance as Kaneki is riveting, as he oscillates between expressing his timid, empathetic human side and his vicious, maniacal ghoul side, adopting the personality of Rize. The film heavily focuses on his transition and Kubota effectively conveys the emotional turmoil he experiences in desperately clinging to his human side and begrudgingly accepting his ghoul side. The scenes of him feeling utter frustration and disgust with himself like when retching all the human food he hopelessly wants to eat or nearly losing himself to his hunger for human flesh which almost costs him his best friend are some of the most memorable and striking moments of the film, making it both painful, yet intriguing to watch.

Sound plays a pivotal role in the film, expressing the story’s characteristic gore with constant bone-crunching and flesh-piercing noises. Though gore might not be for everyone, the compelling story makes it hard to keep your eyes off the screen for too long. The film balances its dark material with a few light moments, even during the climax of the film when Kaneki is battling an investigator seeking to prosecute ghouls. In an unhinged moment, Kaneki wildly throws back his head in delirious laughter which had the audience laughing as well. After the film screening, director Hagiwara pointed out the scene and explained he intentionally made it “borderline serious and comical,” so he was pleased to hear the audience’s reaction. Kubota jokingly refuted the director’s claim and insisted it was a “very, very serious” scene. 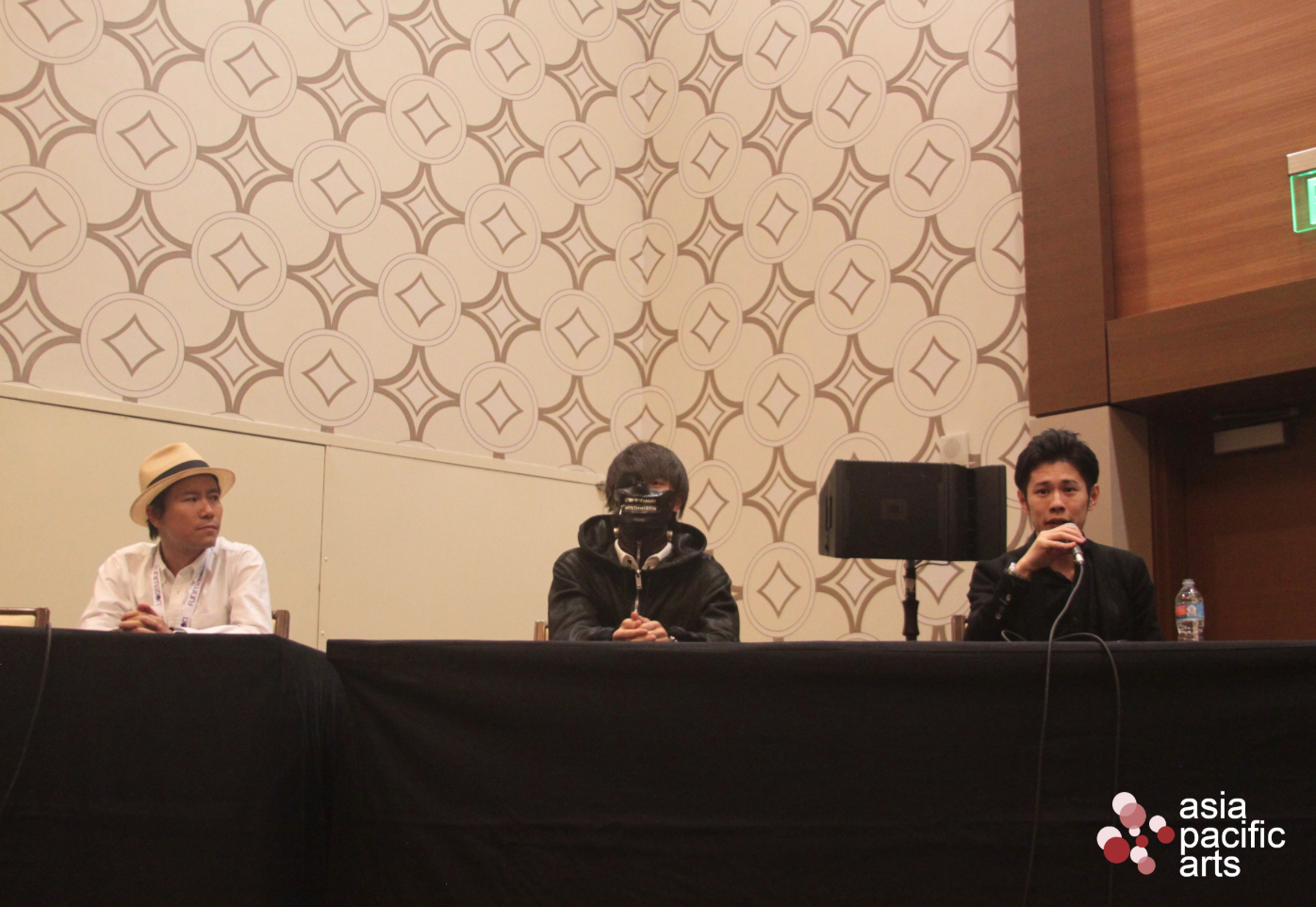 To finish off the premiere event, Kubota returned to the stage dressed in his Kaneki outfit, including his trademark ghoul mask, to which fans cheered in shocked delight. When commenting on the Tokyo Ghoul cosplay he saw at Anime Expo, he mentioned that he could certainly feel the fans’ passion for the series and said, “But please don’t eat people! I have a fanged tooth (yaeba), but I am not really a ghoul!” earning the audience’s laughter. After a successful premiere at Anime Expo, Tokyo Ghoul is scheduled to release in Japan on July 29.