On their second world tour, Japanese pop boy band GENERATIONS performed in Los Angeles as the first stop in the North American leg. They originally planned to make their American debut performance in 2015, but those hopes were dashed by visa complications. Although fans had to wait two long years, GENERATIONS’ breathtaking performance in Los Angeles definitely made the wait worth their while. Many of their fans had flown from far away cities to Los Angeles and came early to support GENERATIONS’ first American tour.

Opening for GENERATIONS was male dance unit FANTASTICS. Although the group has yet to debut, their performance left the audience hungry for more and hyped up for the main act. Dressed in their DRx Romanelli designed Adidas gear, the seven members took to the stage with “AGEHA.” The vibrant lights behind them intensely flashed at the crowd, signaling that GENERATIONS and their company LDH, intended to go all out with the production of the show.

After driving the crowd crazy with “Animals,” the members greeted the audience in perfect English to describe how excited they were to be in the city of their dreams. Throughout the concert, GENERATIONS fused their famous high intensity and high budget performances with a dash of LA’s hip hop dance culture. During one of GENERATIONS’ costume changes, FANTASTICS performed and kept the mosh pit screaming in time for the group to reappear in sequin tuxedo suits. They slowed the pace down with ballads, turning down the epileptic-inducing light show to and showered the audience with romantic blue lights.

Out of the smoke, Alan, the leader of GENERATIONS, jumped on stage to show off his skills as a DJ. Overhauling the atmosphere from the previous set, he mixed in crowd pleasers such as 2pac’s “California Love,” to get fans dancing as if the venue turned into a club. Going all out, both GENERATIONS and FANTASTICS jumped on stage to drop fake dollar bills into the pit, which sent the crowd into a frenzy. When the money rain stopped, the two groups began a new dance battle between each other. Strutting in new, more casual clothes, GENERATIONS and FANTASTICS posed to the beat and formed a semicircle around the spot light. Each member took turns breakdancing and exhibiting their dance prowess, which was reminiscent of street dancers at the Santa Monica Pier.

No J-pop concert would be complete without a towel whipping medley. Even fans who didn’t bring their towels decided to twirl anything they could get their hands on: sunglasses, drinks, etc.

The band closed off the heart-racing night with a solemn note: GENERATIONS announced that they will be cancelling their London and Paris stops as a precaution and to respect those in Manchester. Although they only had an hour and a half to execute an incredible set list of twenty six songs, GENERATIONS and FANTASTICS made their mark in Los Angeles. Fans eagerly await their return, hopefully on a bigger stage. 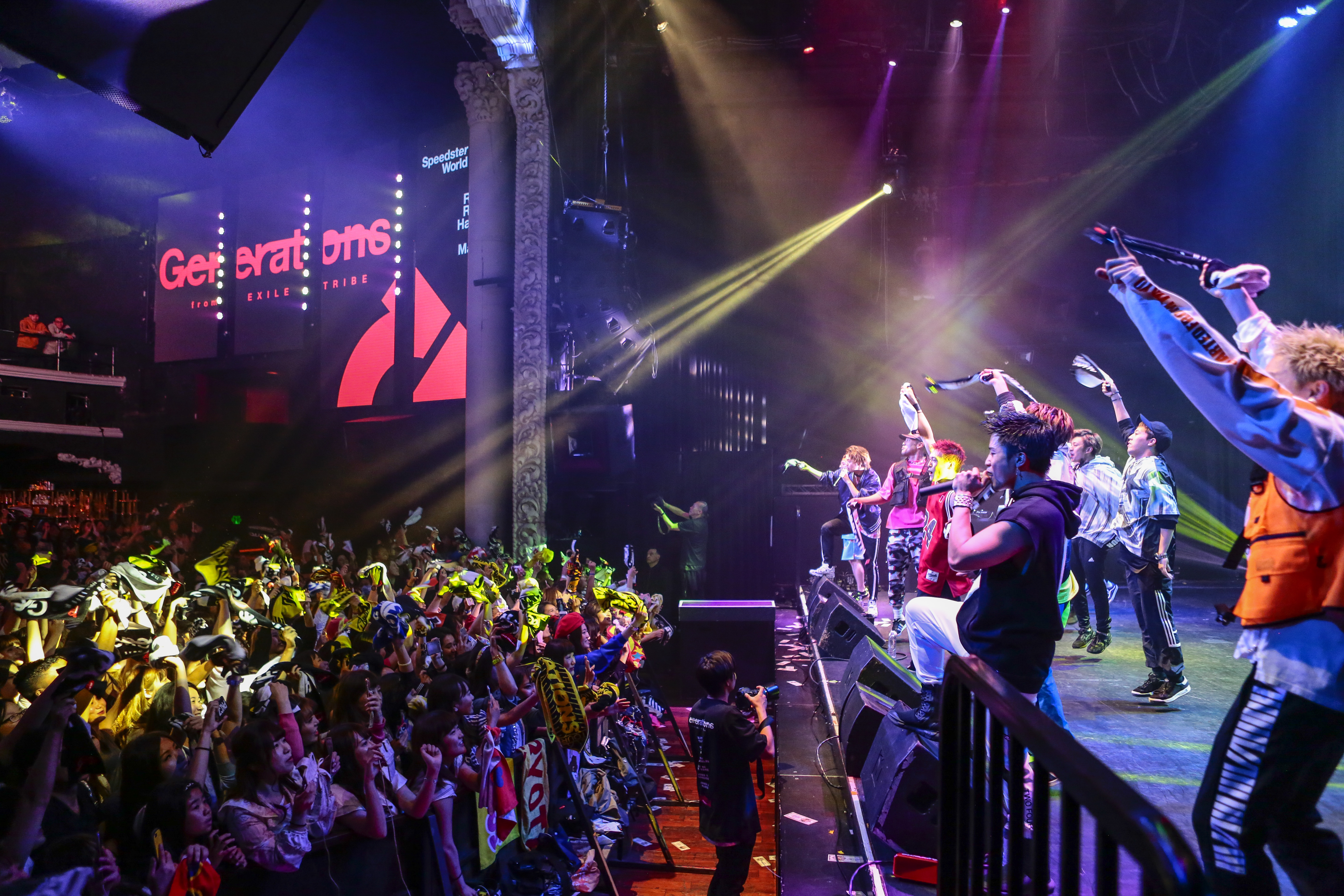