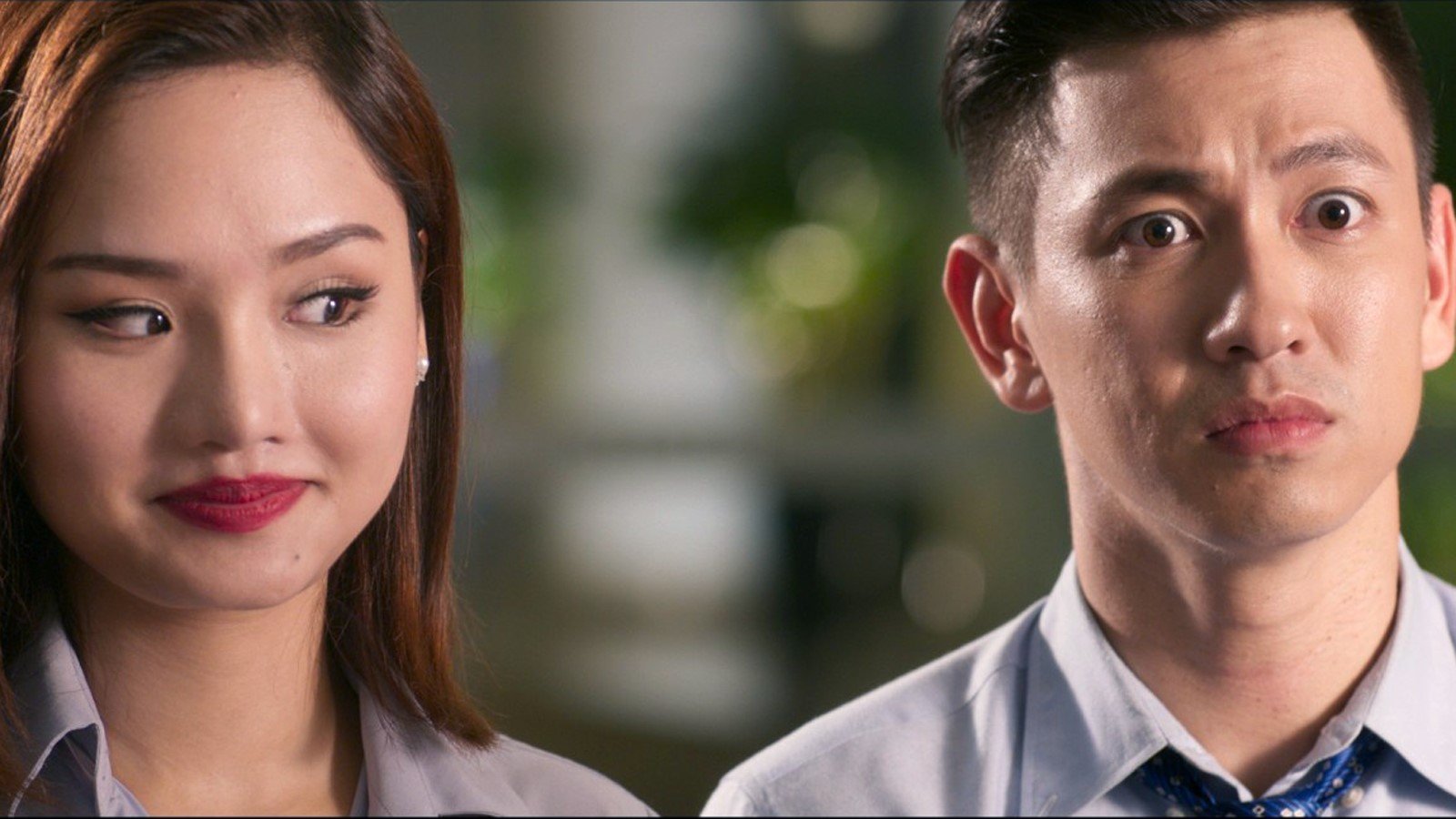 She’s the Boss opens with office manager Oanh (Miu Le) holding a meeting to call out some employees engaging in improper office conduct. Turns out one of the biggest no-nos at the bank is workplace romance. Oanh forces an office couple to decide who is going to quit and both leave with no regrets. Talk about pot calling the kettle black when employee Cuong (Do An) gets off work and travels on the most elaborate route to a hidden destination for a car rendezvous with Oanh, his secret girlfriend of three years.

When Cuong suddenly proposes to Oanh, she decides that they both can’t continue to work together. But who should be the one to quit? The perfect opportunity arises when one of the bank’s ATMs go haywire and dispenses extra money. Oanh suggests that whoever can locate and return the missing money can keep working at the bank. And so, the competition begins.

With loads of slapstick comedy, the couple goes to hilarious lengths to sabotage and one-up each other to win this game, which has them screaming nearly the whole movie through. The chemistry between the leads is explosive, as watching them bicker is as fun as watching them cuddle. Though there are some over-the-top wacky moments, She’s the Boss is an endearing watch.