Hit enter to search or ESC to close
FeatureTV 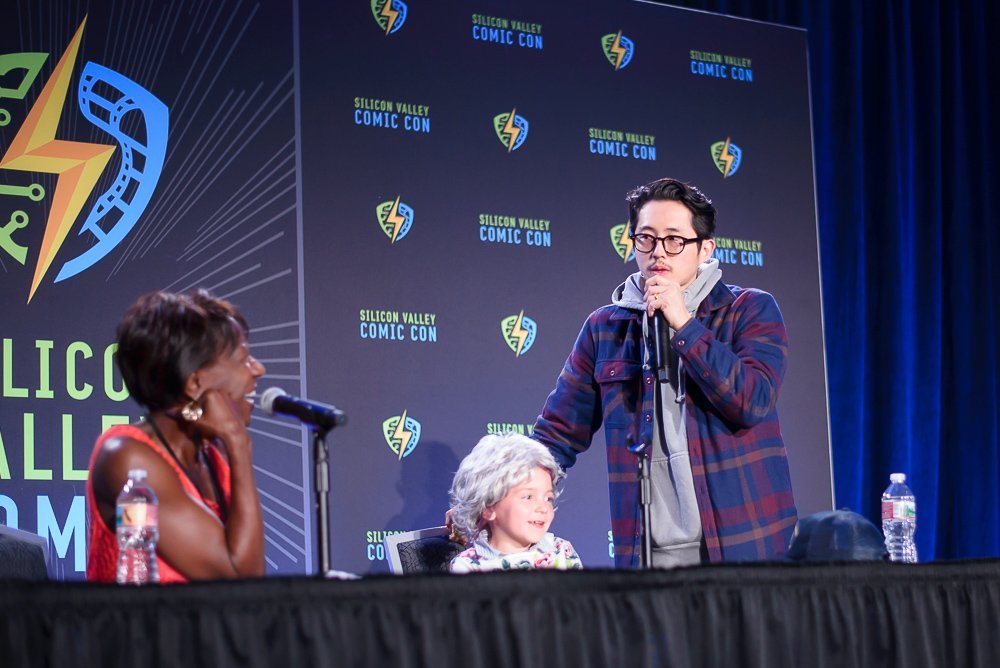 This year Silicon Valley Comic Con attracted over 65,000 attendees to celebrate the intersection of pop culture, science and technology. The event expanded to include programming at City National Civic and a free public outdoor festival, which helped open up the event to more people and provided more space for attendees to enjoy the convention.

One of the many special guests at the convention was Walking Dead star Steven Yeun, who played Glenn Rhee on the popular horror drama zombie television series. Though Steven arrived 30 minutes late to his own panel, moderator and former-costar Jeryl Prescott graciously took questions from the audience and spoke about her experience on the show in his absence. Once Steven showed up, attendees cheered and he apologetically explained, “Sorry, I’m late… I just sat in the green room the whole time. I didn’t know nobody was going to come pick me up…”

He shared with fans how his role as Glenn was somewhat surreal and paralleled his own life, in that he too was preparing to expand his family. He didn’t realize it until his wife revealed that she was pregnant, to which he replied, “Oh, shit.”

With the shortened panel time, Steven immediately jumped into questions, as fans eagerly lined up at the mics. One fan asked, “Who do you want to avenge your death?” and Steven earned the crowd’s laughter and cheers with his response: “The unborn baby.” Another fan asked how did you feel when your character was going to die and how did you keep it a secret. Steven answered that it wasn’t like he was suddenly told that he was going to die. He actually knew it was coming and knew about it for two years. On how he kept it a secret, Steven breezily replied, “I’m awesome at acting.”

The perfect ending to the panel was a final question from a young fan, dressed up as Carol. Into the microphone, she asked, “Would you like a cookie? They’re to die for.” The audience erupted in cheers and applause, as Steven invited the little girl to the stage. She wouldn’t reveal what flavor the cookies were, but Steven took a bite and commented, “These are pretty good.”