Cult classic Samurai Jack is back on the small screen for its final season. The last time the world had ever seen Samurai Jack was in 2004, leaving viewers with an open-ended series. Despite the gap, the show returns with its familiar style and full of mystery, as if it never left Cartoon Network. Reprising his role as executive producer, Genndy Tartakovsky picks up right where he left off.

The animated series started as a TV-Y7 show on Cartoon Network and upgraded to a TV-14 on Adult Swim. Slavery, PTSD and genocide are just a few of the themes that ran through the first episode. It’s definitely not the typical borderline “late night” cartoon that fans may remember from childhood.

The story follows a wandering samurai who is thrown into the future by an evil wizard named Aku. After the re-introduction of Jack, the setting changes to a dark cavern where an ominous, painful, and unsettling birth of female septuplets, daughters of Aku, takes place. These women will serve as the main antagonists of the series, brought up with the sole purpose of killing Jack, which highly contrasts the samurai’s own warm, loving childhood. Early on, a seed of doubt has begun to sprout in one of the daughter’s minds, but it was quickly uprooted as their training became more intense.

Scaramouche, a robot assassin and villain of the week, fits in with the repertoire of notable villains from the series, but his scatting musical humor falls flat. However, this made it all the more satisfying to watch Jack hack the machine in half.

What lacks in dialogue is recreated through visual storytelling such as through saturated colorful clothing and backgrounds contrasting the muted, dark themes. Connecting to the previous season, all of the pieces have come back together within the premiere 23-minute episode except for one major discrepancy: no thundering overview by Mako Iwamatsu as Aku at the beginning of each episode, though it was satisfying to hear the music from the opening sequence after years of lying dormant in internet obscurity. 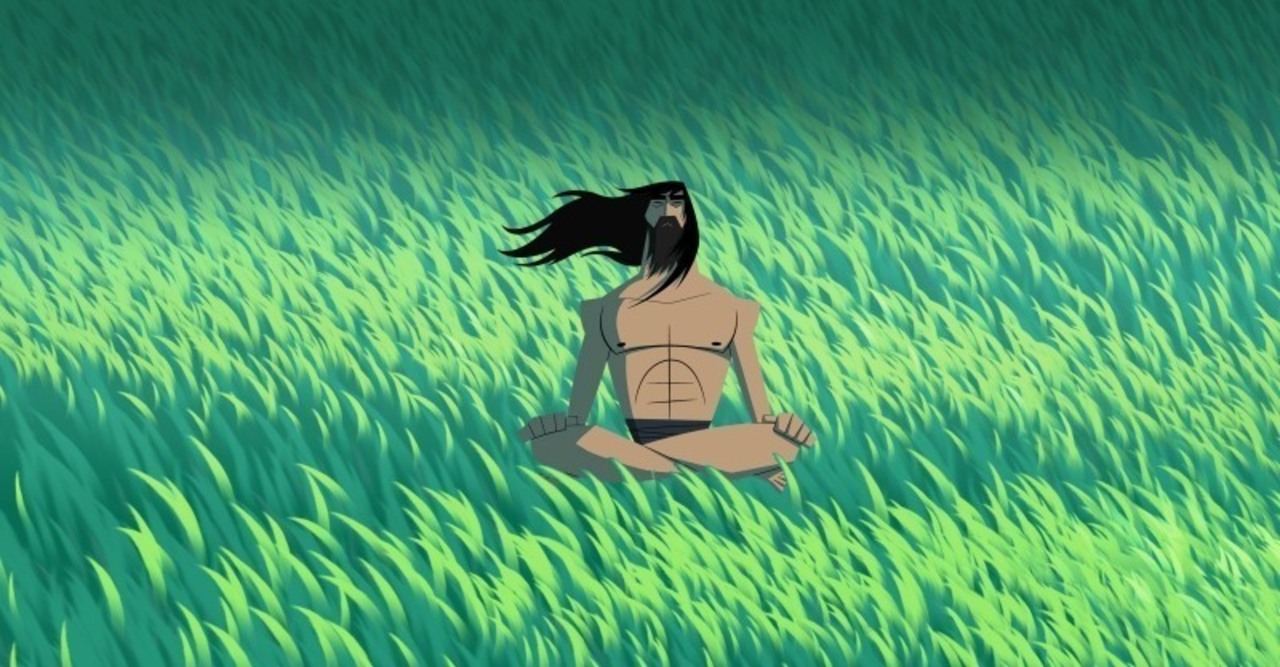 The final season consists of ten episodes, all featured on Adult Swim. Where will Jack end up next and what has he been doing for fifty years? This episode raised more questions than ever before. Overall, the first episode of the new season has shattered expectations, reestablishing the decade-old saying: Jack’s back.