Skip to Content
Home Music The Queen’s Back: HyunA in San Francisco

HyunA brings her first solo North American tour with KPOPME, putting on a fan-oriented showcase featuring performances of her top hits and fan engagements. From the get-go, the show incorporated fans by having K-pop dance cover group SoNE1 open with a performance of HyunA’s “Roll Deep” and hype the audience for what’s to come. Soon after, the real deal emerged on stage in a shimmery two-piece dress to cheers from the crowd. Halfway through her own performance of “Roll Deep,” there was an audio malfunction and HyunA swiftly reassured attendees that she would start the performance from the beginning again. Fans shouted their support, letting her know they were more than happy with a repeat performance.

After melting the crowd with “Ice Cream,” she greeted the audience and said, “This is my first time in San Francisco and my first time performing for you guys. It is the first time I had an audio malfunction on this tour and my first time pretending it didn’t happen (by restarting the performance). Thank you for also pretending it was the first time you saw me open my show [laughs].” HyunA took the opportunity to answer some questions from fans and when asked, “Have you tried clam chowder?” she responded that her staff tried it earlier, but because she wanted to look her best for the show, she had to pass on it. She stood up to pose in her outfit for the crowd, to which the audience heatedly cheered in approval. 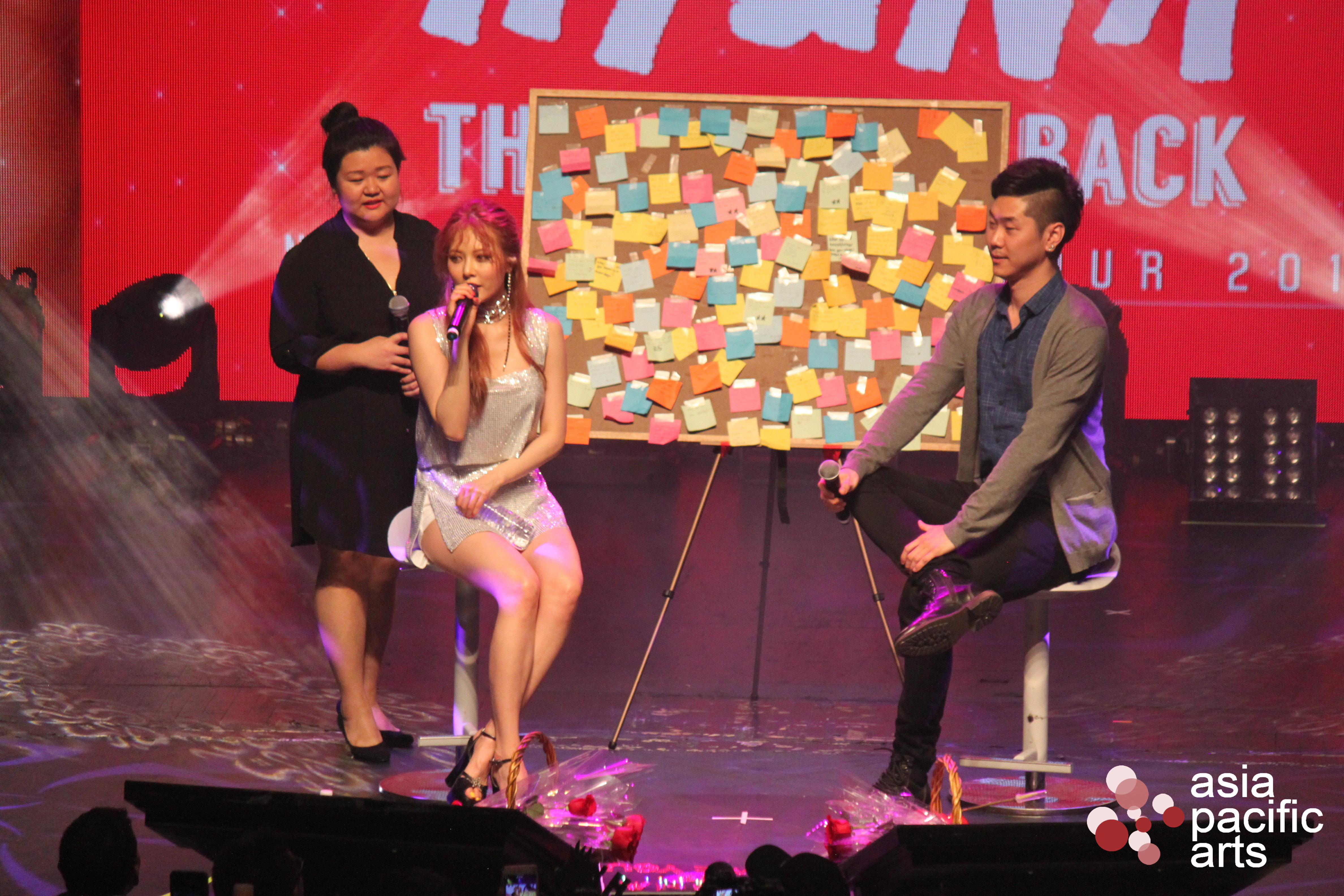 Jumping back into performances, HyunA slowed it down with “A Talk” to focus more on her vocals and showed her romantic side in “U & Me.” The show then dove into a series of fan engagements. First up was a game in which selected fans were brought to the stage to play a game with HyunA to see if both selected the same of two choices. Each winner received a polaroid, which she kissed before giving them out. The most entertaining of the games was the dance competition, as five fans took to the stage to impress HyunA with their dance skills. When she selected the winner with a backhug, he burst into tears and kept falling to his knees, bowing down to her in gratitude. She hugged him several times to calm him down and gave him a bag of goodies, along with the unforgettable memory of sharing the stage with her. 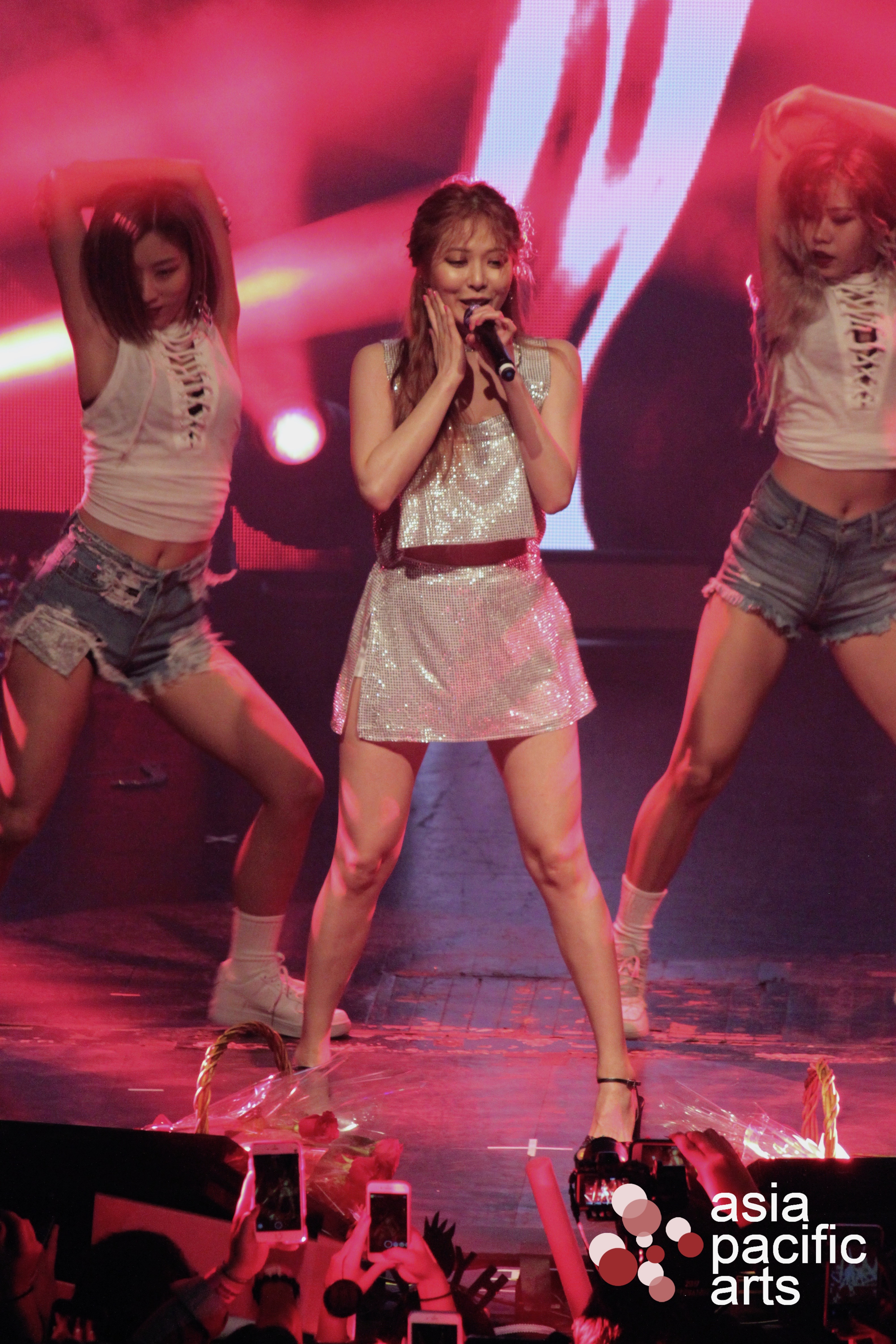 Throughout “Red” and her debut song “Change,” HyunA frequently came over to the edge of the stage to pose for photos, while the crowd passionately sang along. She then riled up the audience with seductive track “Freaky” and topped the show off with her most recent track “How’s This?” leaving the stage abuzz with energy.

In response to the chants for an encore, HyunA returned to the stage to perform her most popular track “Bubble Pop.” Multi-colored lights beamed across the stage, as she danced across the stage and flirted with fans in her final performance of the night. Despite the short showcase, fans were thrilled to see HyunA, charming attendees through her performance. Fans have the night to remember until the queen makes her return. 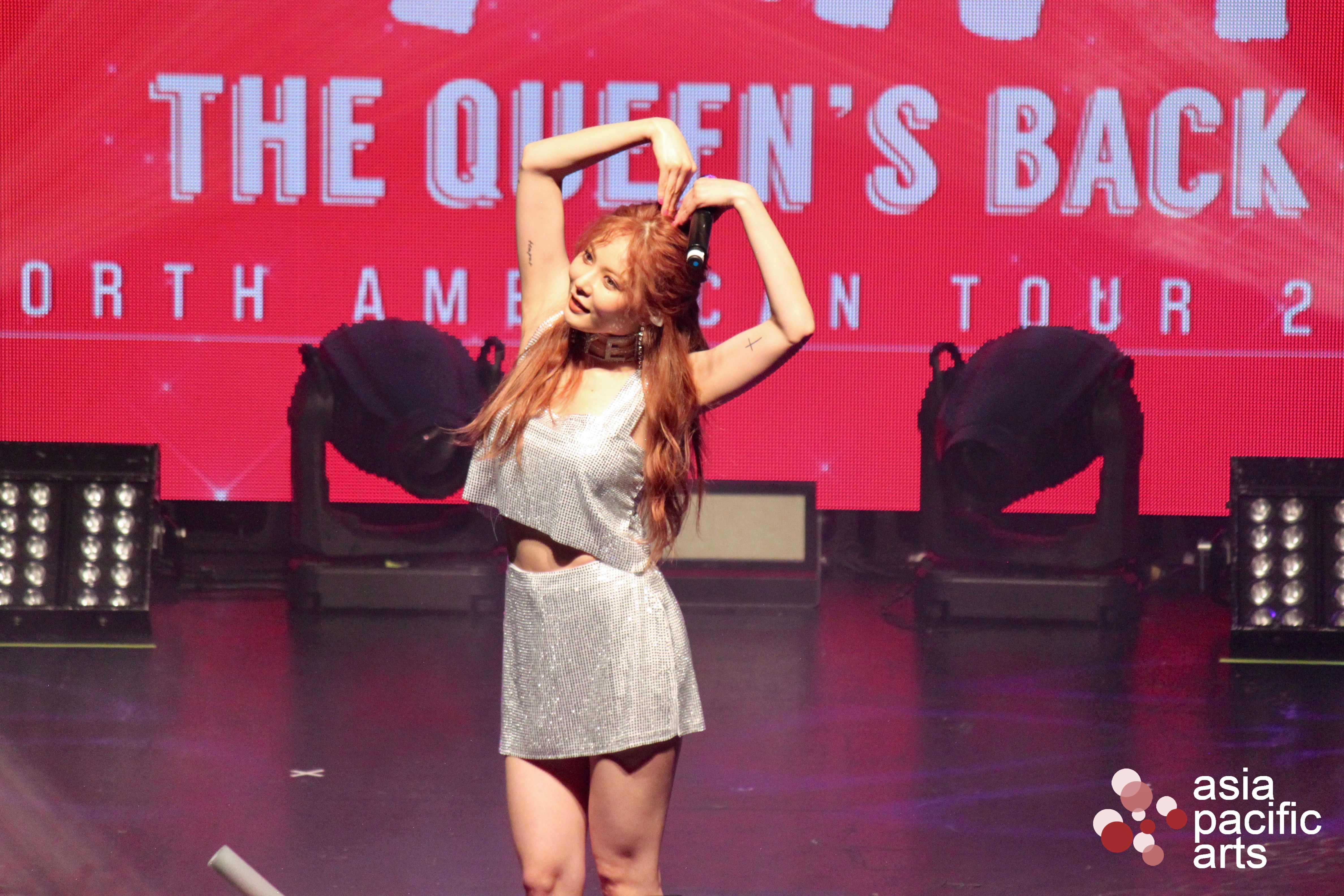