Skip to Content
Home Gaming Falling for a Horse Prince

My Horse Prince opens with you, a young working woman who decides to leave her job and visit a horse ranch in search of a handsome man. Not sure why you’d look for men at a horse ranch of all places, but the story has to start somewhere, right? But with your default name being Umako (a made up female name using the Japanese word for horse), a horse ranch sounds like the right place to be.

At the ranch, you’re shocked to meet Yuuma, a handsome human-faced horse. It’s not a reassuring explanation, but the owner says sometimes women born in the year of the horse see horses as attractive men. In a strange turn of events, you not only find yourself as Yuuma’s new owner, but also that you’re falling for him.

Although My Horse Prince is a dating simulation game, it really pokes fun at the genre and incorporates as many tropes as possible in the silliest ways. The ridiculousness of the game is entertaining and the humorous dialogue adds to it all, as you try to grasp the bizarre world you’ve entered. Some of it can be quite suggestive. 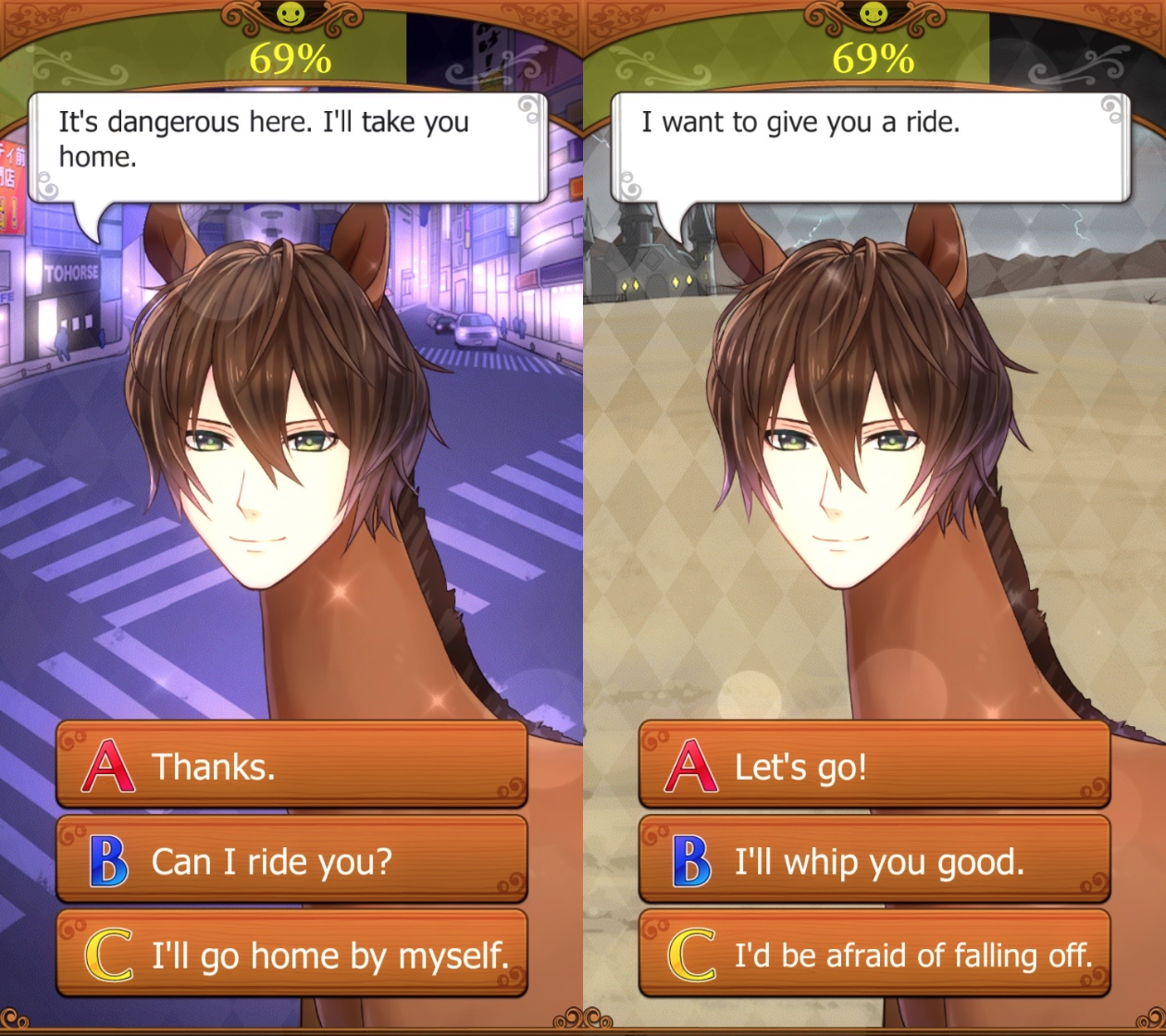 Though the concept of the game is hilarious, the gameplay is essentially a one-trick pony (pun intended) and players could get burnt out by its simple, repetitive nature. As Yuuma’s owner, you help him prepare for his upcoming race, but he ends up doing all kinds of odd things…

He could be running around on the vast field, but he prefers to run on treadmills until they explode… on the field. He even does water training, catching some waves.

Aside from training, he tries to help out by preparing wholesome green onion breakfasts and taking up a part-time job repairing roads. 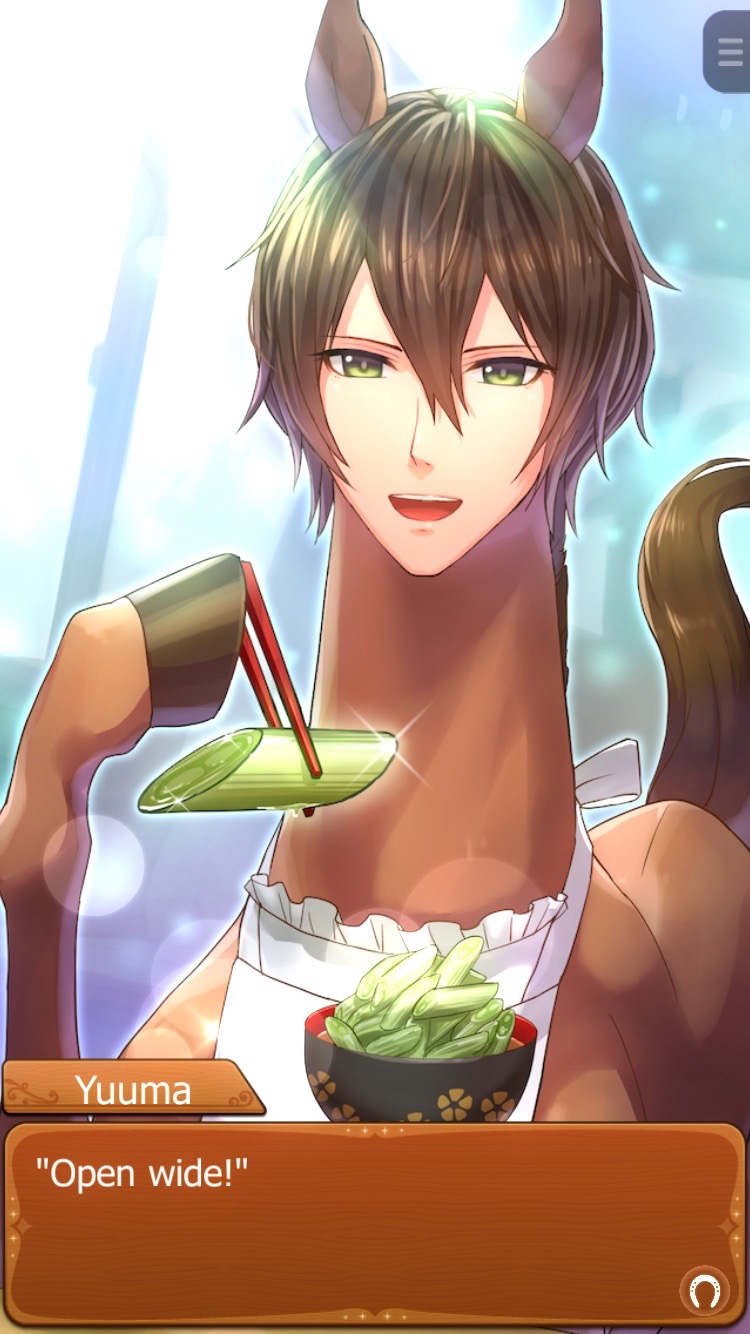 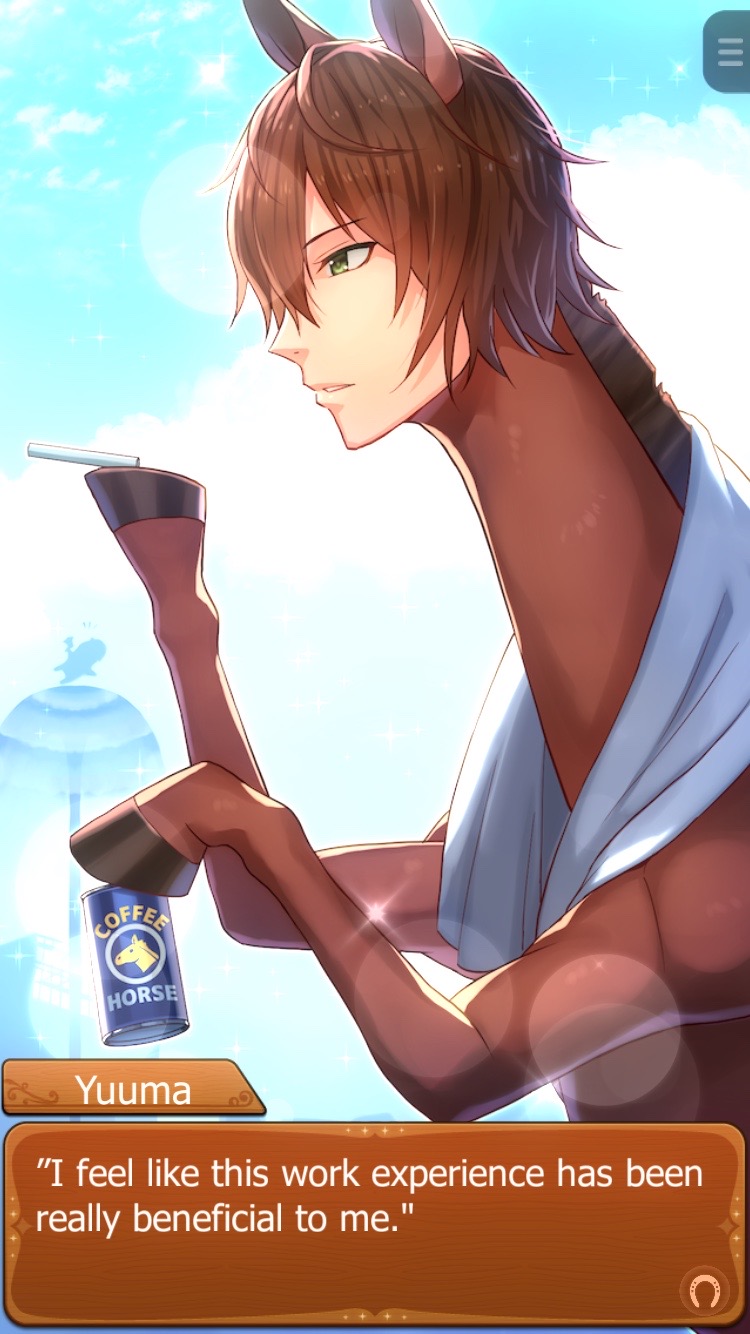 What more could you want from a horse prince? USAYA is continually adding chapters to the game, so who knows what else you and Yuuma might get up to. 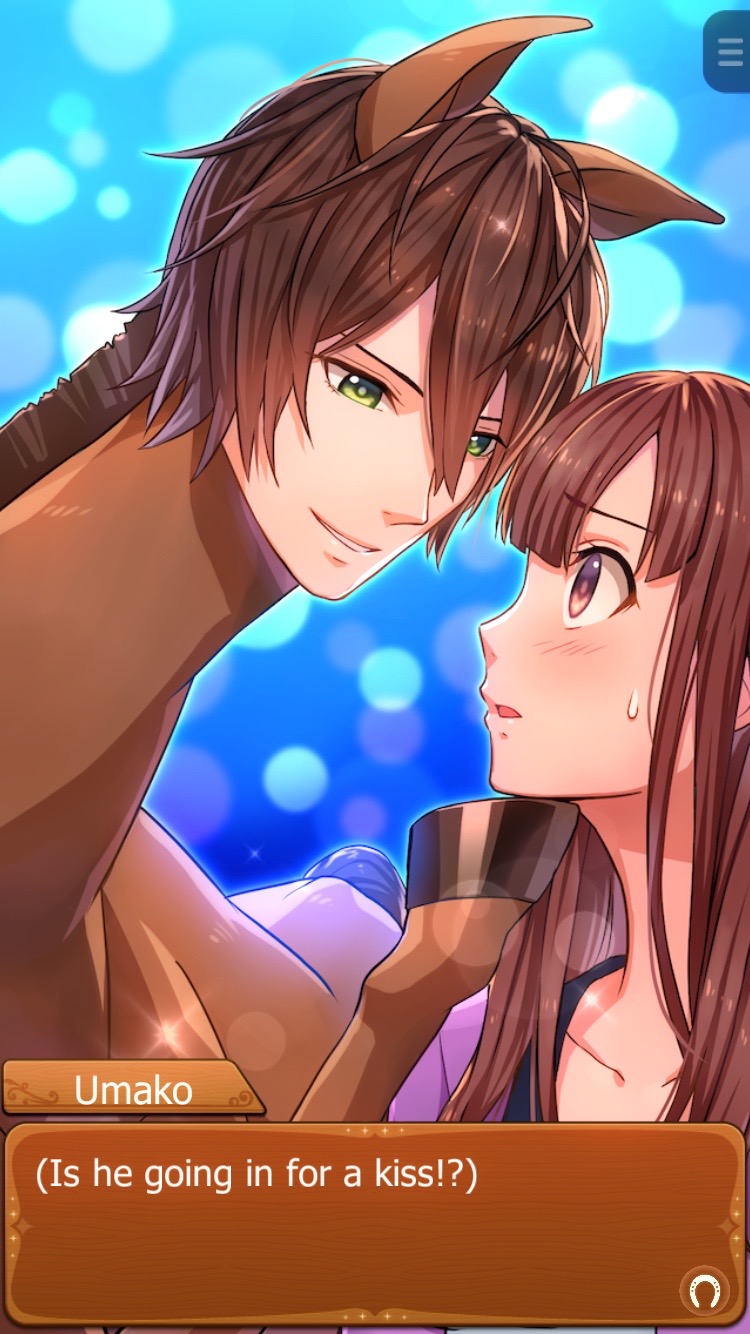