Skip to Content
Home Books The Secret of a Heart Note: Book Review 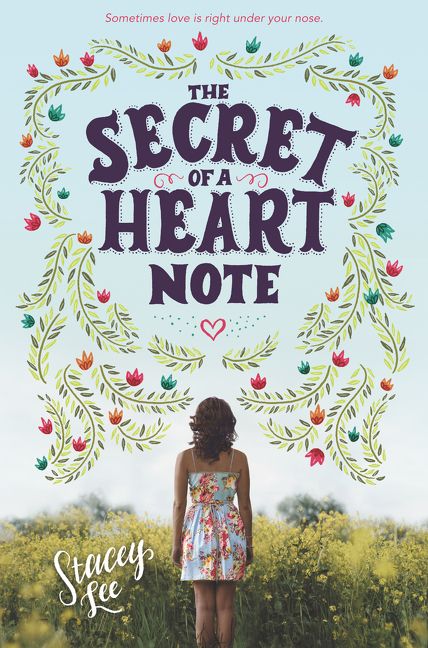 Sixteen-year-old Mimosa just wants to go to school and take math tests like any other ordinary teenager. Unfortunately, gifted or cursed with an extremely extraordinary sense of smell, Mimosa is one of the last two aromateurs or love witches in the world. Her job is to help others fall in love with the aid of her mother, but they must live in solitude as falling in love is forbidden for love witches.

Despite having plenty on her plate, Mimosa gets her wish in being able to do some normal teenage activities until she accidentally botches up a setup. Tasked with setting up her math teacher with the school’s librarian, Mimosa ends up accidentally spiking a different person’s drink with her potion and soon learns that love is an unpredictable thing.

The Secret of a Heart Note is a heartwarming and sweet coming of age tale by Under A Painted Sky and Outrun the Moon author, Stacey Lee. Delving into the world of magical realism where the modern meets the fantastic, the book tells a tale of how there is more to life than what was initially set up for us and that the future can always change. Mimosa lives in a sheltered world due to her family’s peculiar gift of extraordinary sense of smell. Since she and her mother are the last in her family to inherit the sense, it is expected of Mimosa to take over the family business and serve as an aromateur. Under the tutelage of her mother, she learns how to use her gift to help others fall in love, but she never expected to find herself falling in love.

Stacey Lee’s new novel is a teenage romance comedy filled with common tropes such as the mean girl, popular guy falling in love with the female protagonist, the homecoming dance theme, and of course, just hormone-driven teenagers everywhere. Lee’s dialogue and descriptions through Mimosa’s point of view of high school are witty and hilarious, especially with her use of scents to describe emotions and possible thoughts of the other characters. It really shows the awkward lack of social interaction that the main character has too, but also her deep desire and need to feel connected to others her age, instead of simply smelling their sweat to determine what kind of people they are. The romance is also a slight slow-burner as readers are unsure whether the male lead is really in love with Mimosa since she is like a living Aphrodite with men constantly falling head over heels in love with her.

Most notably, the book revolves around the ability to interpret smell and Lee’s writing tantalizes readers with detailed descriptions that engage the senses. The Secret of a Heart Note explores the the unpredictability and power of love in a sweet way.