By Kalai ChikDecember 5, 2016 No Comments 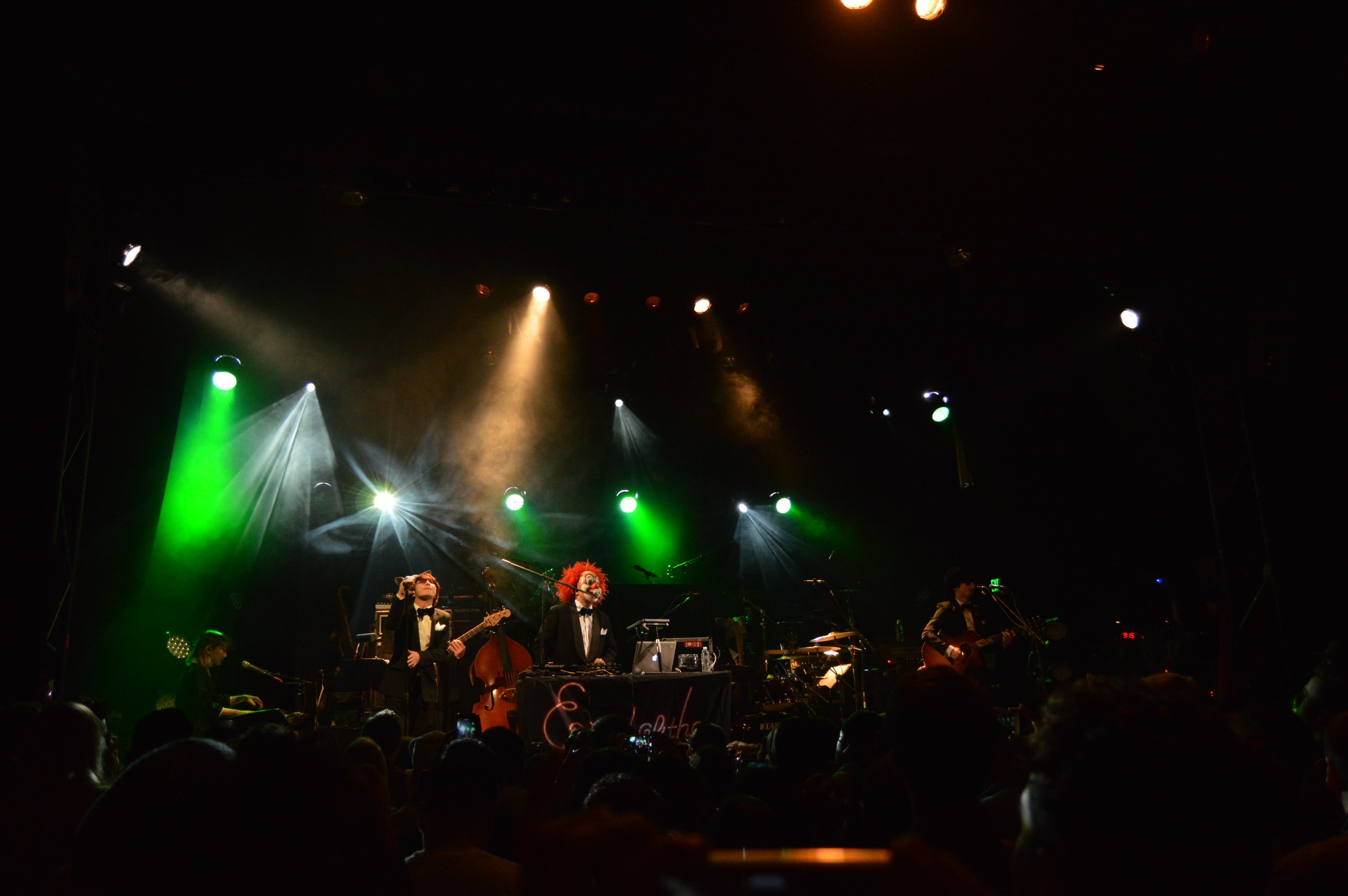 One of Japan’s most successful bands SEKAI NO OWARI, also known as The End of the World, have topped Oricon charts since their major debut in 2010. Their music has slowly reached listeners all over the world, as they continue to diversify their music style and collaborate with major acts such as Owl City. Not long after completing their first US tour, SEKAI NO OWARI returned to Los Angeles to open for the English electronic group Clean Bandit in November.

After finishing their set, SEKAI NO OWARI sat down with APA to share their experiences in the US and plans for new music. To help create a global sound, the group decided to fully immerse themselves in the English language and culture, choosing to communicate in English with little help from a translator. Their replies were short, but concise, adding mystery to the details of their ongoing project.

During the interview, the bandmates mentioned that they would be making more music in English and that their new music will reflect their experiences from their US concerts. Although, they mentioned they don’t have any plans to tour other cities at this time. “It was a great experience for us. We were nervous because it was our time performing in the US,” exclaimed Saori, the band’s pianist. “We are really excited to be here.”

Moments before, SEKAI NO OWARI performed a cover of “All We Know” by The Chainsmokers as a part of their set. When asked if they intended to do more covers in the future or even for their next release, Saori and Nakajin mentioned that they were considering it. “We’re looking to experiment,” said DJ Love, the band member who wears a clown mask.

“Currently we are in the process of making new music and thinking of what would be good,” said Nakajin, the band’s leader. Even before their US tour, they’ve been traveling around the world, meeting up with famous talent to collaborate with and to help inspire their creativity. On Instagram, they were seen taking photos with Austin Mahone and recently with DNCE. “Fukase has been practicing [English] over and over, while the other members are trying to understand English better, make new friends, and understand different cultures,” mentioned Chiaki, the band’s translator. “This all plays a really big part of not just making global songs, but also them being more global in mindset.”

Saori’s preferred method of learning English includes watching American television shows. Laughing, Saori said, “[I watch] a show called Desperate Housewives and I love it.” No shame in that since the ABC show attracted more than 28 million views at its peak. “She’s learning a lot of bad words [from it],” chuckled Chiaki.

Regarding experiencing culture shock in America, Saori shared an anecdote: “At first, it was very awkward for me when I met my friend’s family. I called their father by his real name. In Japan, we always say father and we don’t call people by their names. It was really awkward and I thought, ‘Can I really do that?’” Meanwhile, Nakajin found timeliness to be different in Japan and the US. “People in LA aren’t very strict about time. It could mean that we, the Japanese, are too strict with time,” explained Nakajin.

For Fukase, he was surprised by American bathrooms. “There are no washlets in the US. Very different from Japan,” chimed Fukase, the band’s vocalist. “Also, very shallow tubs. It’s a mystery how people get in and bathe.” Rather than culture shock, DJ Love proclaimed his love for In-n-Out burgers: “I hope it can come to Japan.”

Though no near future US activities have been disclosed, the group is keeping busy in Asia, having just finished a show in Hong Kong and making plans to start off 2017 with a dome tour across Japan titled “Tarkus.”