Bittersweet opens with Maki Eda (Haruna Kawaguchi) busily working away at the office, making no time for a proper meal and instead quickly scarfing down jelly packets. On top of her terrible eating habits, Maki absolutely hates vegetables; even the mere sight of vegetables has her grimacing in disgust. Things get complicated for her when she falls for a man, Nagisa Katayama (Kento Hayashi), only to find out that he is vegetarian… and gay. In a desperate attempt to get closer to him and eventually win his heart, Maki thrusts herself into his life and ends up living with Nagisa. 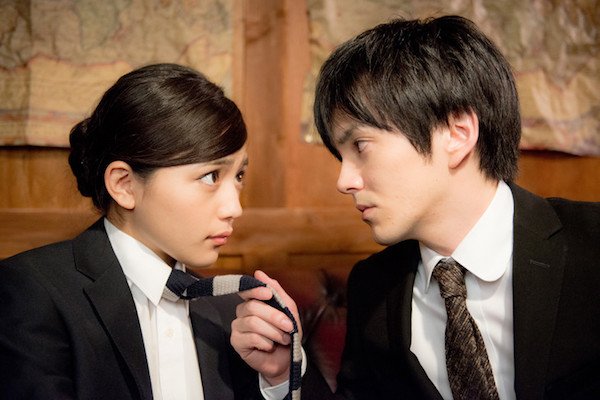 Moreover, Maki’s career rides on her plan for a bitter melon (goya) commercial, which is the last thing she’d want to work on. What gets her through is Nagisa’s introduction to the delicious world of vegetables and his culinary skills, as he prepares a variety of daily vegetarian meals for her. To help overcome Maki’s distaste for vegetables, Nagisa notes, “It’s best to cook bitter memories and nourish yourself on them,” and teaches her how to cook a bitter melon until it tastes sweet.

The premise is far more interesting than how the film actually plays out, with one of the most disappointing aspects of the film being that Maki seems to continually believe she can change Nagisa’s sexuality. It would have fit the film’s message that through living with Nagisa, Maki would not only grow as a person, but would also come to understand Nagisa and develop a deep friendship with him. However, she doesn’t seem to care much for understanding Nagisa, despite gaining so much from him as he helps her advance her career and maintain a healthy diet. She simply continues to make moves on him, ignoring his repeated rejections and declarations of sexuality. 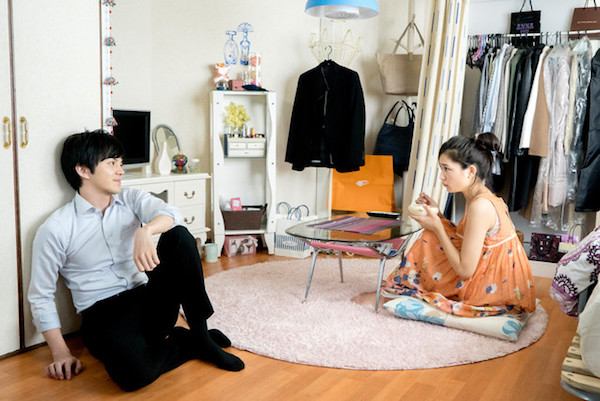 The film seems stuck on the notion that there needs to be some element of romance by forcing “romantic sparks” between the leads, which seem unrealistic and obviously don’t amount to anything. Alternatively, the film would have more successfully conveyed its message of growth by demonstrating the development of more real relationships between people of different sexualities. Bittersweet had potential to delight viewers with a unique, progressive look into human growth and relationships, but like an improperly prepared bitter melon, it instead left a bitter taste, falling short of achieving the desired sweet flavor.
BittersweetFilmHaruna KawaguchiJapanKento HayashiMovieReview