Hit enter to search or ESC to close
InterviewMusicReview

By Eugenia FungNovember 25, 2016 No Comments 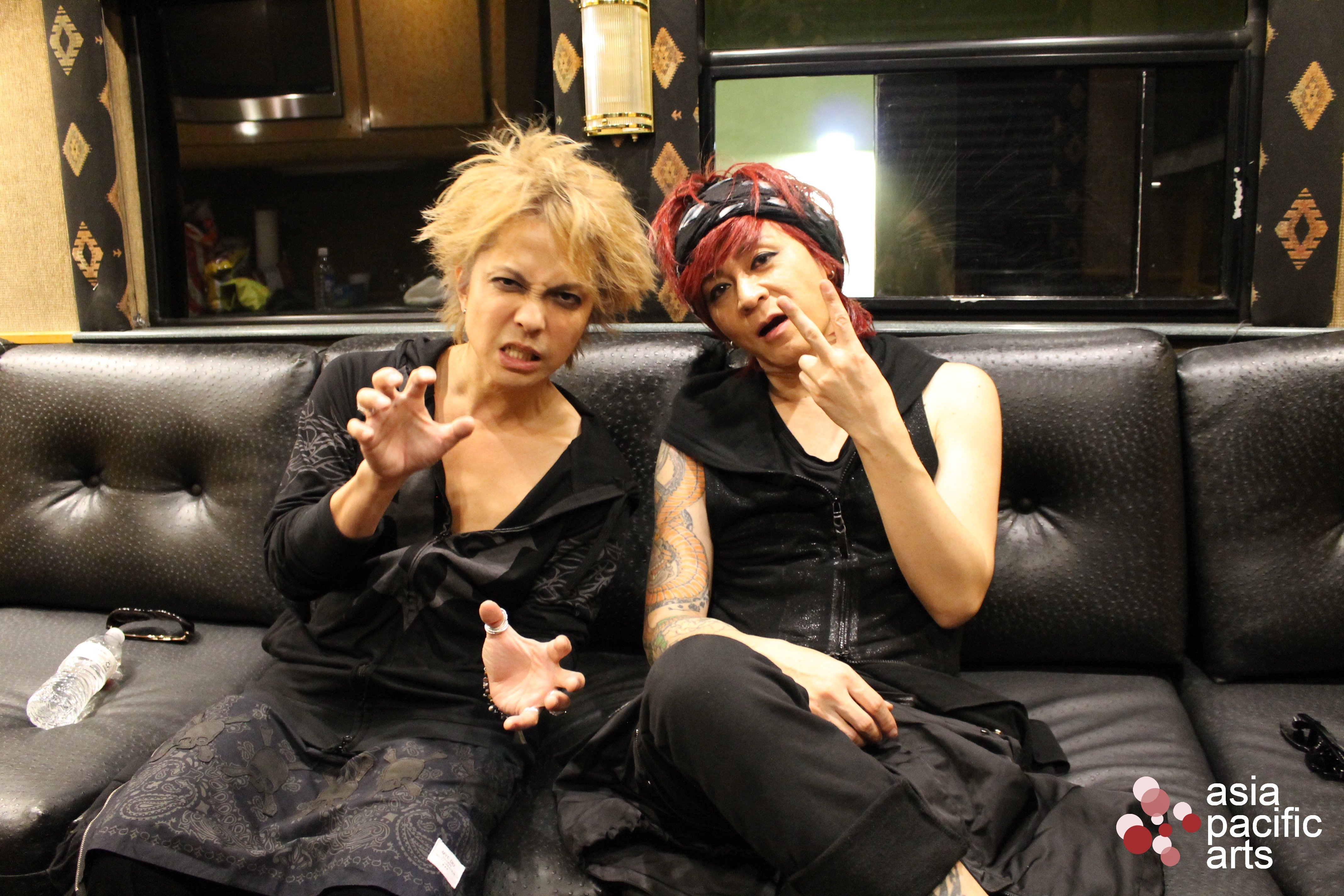 Returning to the US for the sixth time, J-rock duo band VAMPS is back and this time they want our blood for their North American 2016 Bloodsuckers Tour. Consisting of the seemingly immortal Hyde (from L’Arc-en-Ciel) and shy K.A.Z (from Oblivion Dust), VAMPS has continued to mesmerize fans with their rock music since their debut as solo artists in 2008.

After special guest Citizen Zero, a Detroit-based American rock band, opened the show with an hour set, VAMPS finally took the stage, fans went wild, understandably so, as some waited for nearly three hours. One excited fan even whispered to another of her hopes to see Hyde shirtless.

Vocalist Hyde burst out onto the stage, all hooded up, with K.A.Z and the other players not far behind. Rocking the crowd right from beginning, the band mostly played their more recent releases including “Sin of Justice,” a song originally done in conjunction with Finnish Cello Metal band, Apocalyptica, “Inside of Me”, and “Rise or Die”. The latter two songs were also originally collaborations with other rock bands, but for the concert, they were VAMPS (Hyde) only versions. Though, the surprise song of the show was a rock rendition of Rihanna’s “Diamonds,” a song the crowd happily sang along to.

Midway through the concert, the band began to play a few songs from their “Bloodsuckers” album. To help with the transition, Hyde hyped up the crowd by screaming, “Who are we?!” to which the audience enthusiastically responded, “Bloodsuckers!” Blood would have probably flowed at this point if this was a full-on gothic metal show, but as a consolation, the crowd got blessed with Hyde’s spit and water bottle.

The second half of the show had the band move around more to showcase K.A.Z’s guitar skills and also shed some stage space with their bass guitarist Ju-ken. One of the best highlights other than spit, was the band playing “Jolly Roger” with Hyde singing and waving their pirate and band logo flag on the stage. The performance was like watching their music video brought to life.

Absent in the show were their slow, rock ballads, as the members strictly kept to the more upbeat, hand-throwing and mosh-pit inducing songs. Nearing the end of the show however, the band switched to their older songs from their “Sex Blood Rock n Roll” album. VAMPS finished the night off strong, even fulfilling that one’s fan wish with Hyde revealing his abs and letting everyone know that even at 47, he’s still got it. And as the curtains closed, K.A.Z. quickly returned to the stage to throw out all their guitar picks as souvenirs for the attendees.

Before the concert, APA sat down with VAMPS in their tourbus to chat about the band’s recent collaborations, touring the world, and what they could have been if they weren’t vampires.

VAMPS: We have actually always been open to collaborations with other bands and were looking for anyone who was willing to write or co-produce a song together. We finally got our chance when we started to perform at various music festivals. For example, we met Chris Motionless during our last tour here in the U.S. at a music festival. He liked us and we liked him, so his producer and us just got together and then our new song “Inside of Me” just came to be.


Are there any bands you particularly want to collaborate with in the future?

VAMPS: Actually we don’t really have anyone in mind currently. We just sort of go with the flow and are willing to work with anyone!

Since you’ve been traveling worldwide now, which place has been your favorite so far?

Hyde: Hmm. Actually mine is Alaska.

Hyde: Yes, it wasn’t to perform there though. I was there on a personal vacation because I really wanted to see the Northern Lights. It was just so beautiful and breathtaking.

Since you’ve traveled all over, what particular food have you tried and enjoyed?

K.A.Z: [laughs] Well, mine was alligator! I found it very interesting. Tough, but interesting.

Hyde: I actually really like Mexican Food. What I really enjoyed the most were these little tortillas and they had a variety of meats you could put on them like chicken and shredded beef.

Hyde: Oh, is that what they’re called? Yeah, I really liked them. They were soft and I would roll them up to eat. I also like them with shrimp.

So here’s a random one. As everyone knows, your personas are vampires. If vampires couldn’t exist, what other supernatural creature would you be?

Yeah, sure. He’s definitely considered a supernatural creature since he is an alien.

K.A.Z: Nothing else, but him.Hyde: Hmmm…for me, it would be a zombie.

Oh, so still an undead.

Hyde: Well, I like to bite women. So, as a zombie I can eat them. Maybe wrap them in a tortilla.