Best known for his work on the Bleach anime, Masashi Kudo headlined Pacific Media Expo 2016 as one of its main guests. APA sits down with Mr. Kudo to discuss his interest in American pop culture, as well as his current and future projects.

What’s the difference between directing and character designing? Are there any times where you have an internal conflict between the two?

That’s a difficult question to start with! When I was just doing character design, all I had to do was think about just the pictures. As a director, I have to think about that aspect as well. For example, there’s a title that I’m working on right now called Chain Chronicle. At first, I was just the character designer and as I got busier doing more of the directing work, I look back to the designs I came up with as the character designer and then ask myself why I made them so complicated. I regret that I didn’t make the designs simpler.

What do you think of Bleach now that it has ended?

As a manga story it has ended but there are parts that haven’t been made into an anime yet. I talk a lot with the anime staff about things we can do later.

Who is your favorite character in Bleach?

I get this question a lot and it’s usually very difficult to answer. Most of the time I answer with Kon.

Is there any genre you’d like to produce anime for? For example, high life, sci-fi, or fantasy?

I was thinking I’d like to do fantasy and now I’m doing Chain Chronicle which is fantasy. So I was happy that I could do that. Other than that, I’d be very interested in doing horror.

What kind of horror movies do you like watching? Mystery or gory horror?

Perhaps zombies. I did see a movie called Rec from Spain. It was a great movie.

You have a wide variety of styles where you draw in a more shounen style like in Bleach and a more moe style for Sabagebu. Which style do you prefer to draw in?

I did Bleach for eight years so shounen/action style is what I have become accustomed to.

I saw on your Twitter that you’re a fan of Game of Thrones. Who’s your favorite character?

What are some of the American comics that you’re interested in?

I like Batman and I recently saw Suicide Squad. Right now DC Comics has a lot of movies coming out. I’m looking forward to Justice League. I noticed you’re wearing a Wonder Woman shirt!

Is there anything you’d like to do in Los Angeles?

Is there anything you’d like to say to your fans in America?

I’m really not sure what the reaction of the audience in the US of things that I’ve worked on. I certainly understand things like Ikki Tousen and Sabagebu are being watched. Whatever I work on I would love for people to keep watching and enjoying them.

Do you have any questions for me or about American culture surrounding anime and manga? I’d like to give you some time to ask any questions.

I sort of understand that there are things like Crunchyroll that stream titles that air right as they come out in Japan. How do people watch anime that aren’t immediately streamed?

Usually they wait a couple of hours or days for series that aren’t immediately streamed. To be frank, there are many people who still use illegal means of watching anime and aren’t using Crunchyroll or Hulu. From what I understand, more people are moving towards legal means rather than downloading or streaming series from fansub groups or illegal streaming websites.

I’m certainly happy to hear that the mainstream is moving towards the legal means.

Yes, and I’ve heard from other people that it is out of convenience. Streaming is easier and affordable because you can binge watch on Netflix or Crunchyroll, which will seamlessly move you from one episode to the next. With the popularity of anime and manga and a greater desire to help support the anime industry, more people are using those websites instead. A lot of international fans who grew up watching anime on TV are passionate about helping the anime industry thrive abroad.

That’s a great thing to hear.

Definitely. Before, it was a lot harder to obtain anime VHS/DVDs, which were only available in some areas or events such as Pacific Media Expo. Even then, there were plenty of stores that sold bootleg copies. The only way you would even be exposed to anime would be to watch them as they come out on TV. Compared to that, paying legal streaming services is both convenient and less shady.

DVD also has region code issues too, right? Though it seems Blu-Rays tend not to have those issues. I would occasionally buy things from the US Amazon website. [laughs] I’m thankful that you and other people like you are working towards connecting Japanese and American culture, especially in the area of anime. 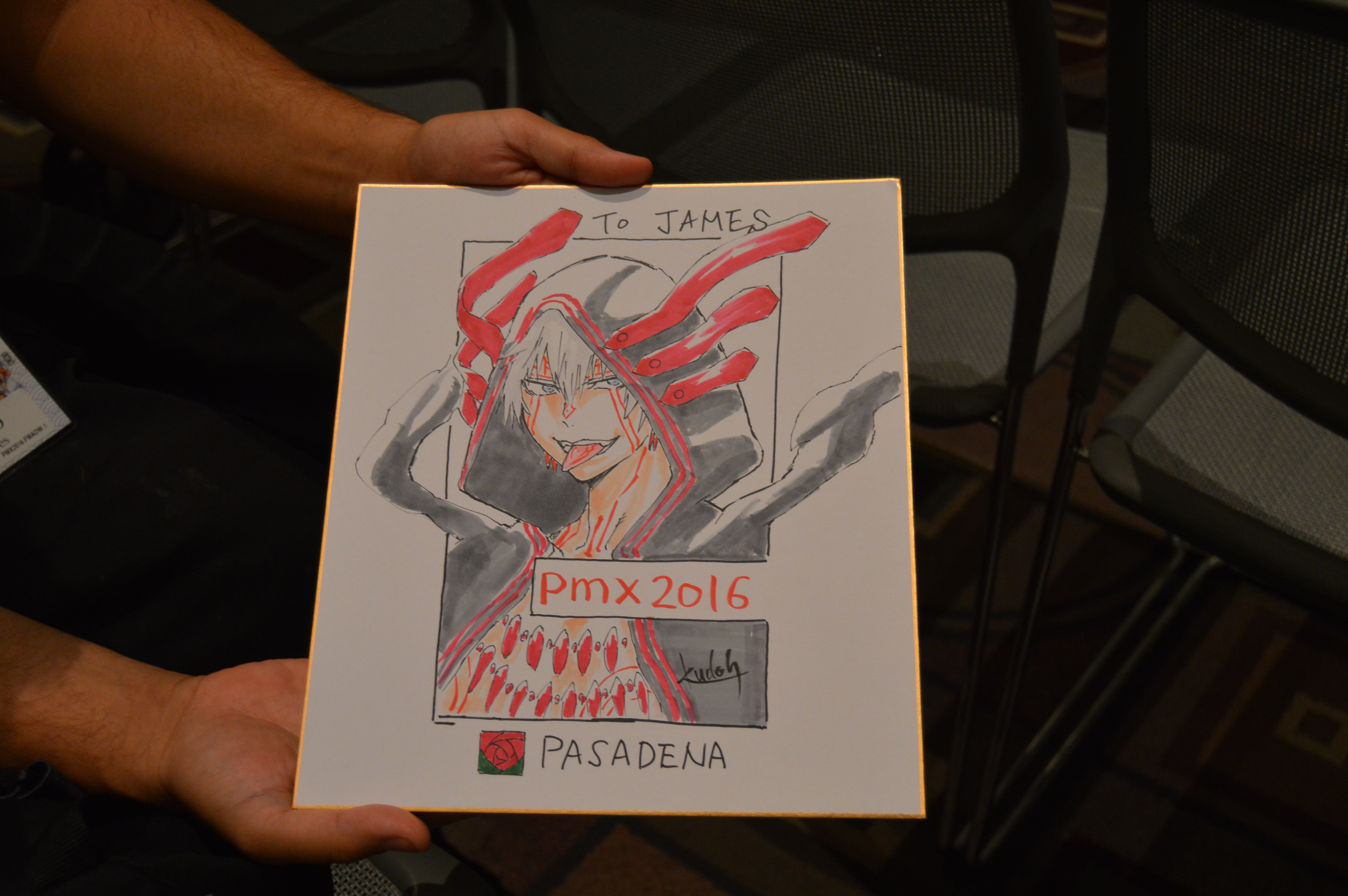